For the Love of Geese 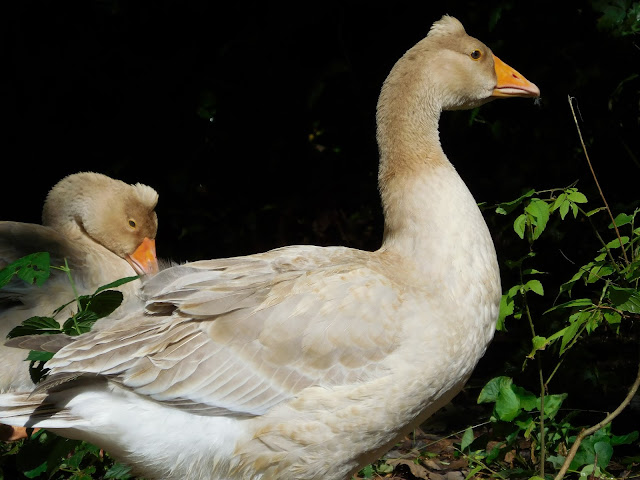 We've had our Tufted Buffs for about a week now, and I have to say, I am smitten.

I knew they were gentle from the start, but I had no idea they were puppy dogs! 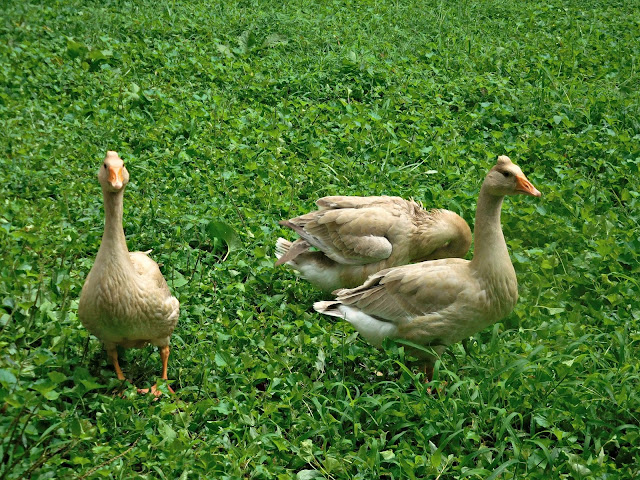 They follow me everywhere outside, and always come over to investigate and 'talk' to me when I sit or kneel down. I take off running and they fly to keep up. When I close them up at night they call out and pace as I leave, trying to follow me. Yesterday Ian and I were in the living room when we kept hearing strange thumping and tapping noises at the back door. 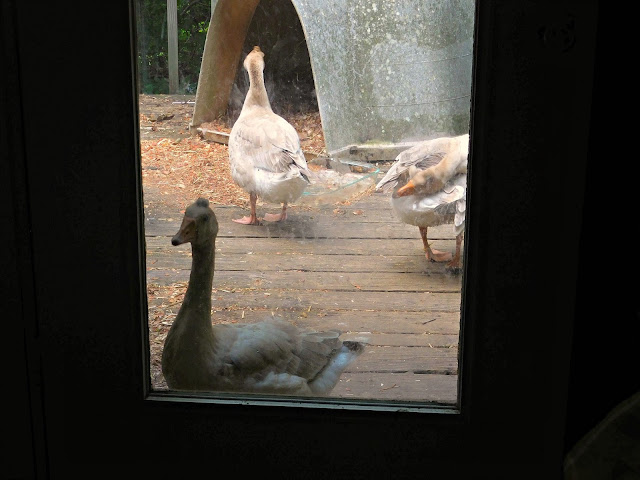 Yep. Just the geese. They actually climb the porch steps and hang out by the back door, waiting for me to come outside.  (And yes, all of their deposits on the deck are awesome.)

Needless to say, their integration with the duck flock isn't going so well, ha. 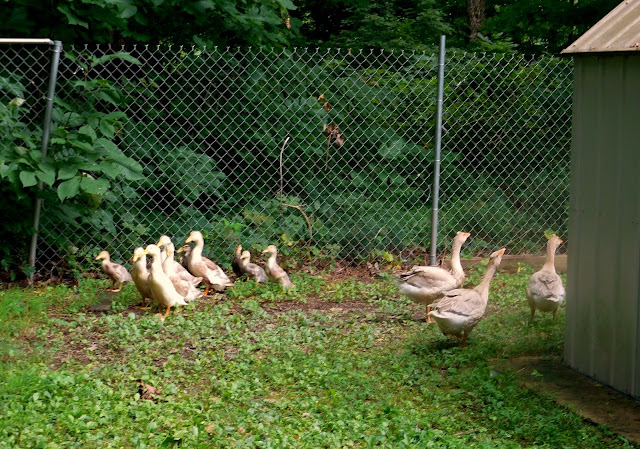 I think maybe if we had acquired them younger,  they would have taken to the ducks better.

Oh well, it isn't essential at this point that they flock together. They are in a fenced yard with dogs, and we have yet to have any predator problems here (knock on wood). They will still act as lookouts, regardless of whether they are ranging with the ducks. 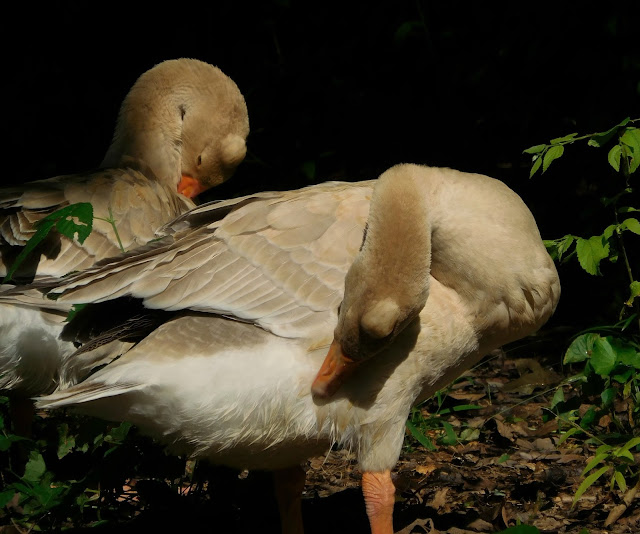 I've done some research on the breed, and have come to realize they are quite rare. The only hatchery I've found that carries them is Metzer Farms, and they acquired their stock directly from the breed's creator.

It's a new breed, developed by the late Ruth Book in Granby, Missouri. She achieved it by crossing the ancient Roman Tufted with the American Buff, until she had buff colored geese with a nice tuft.

So Tufted Buffs aren't exactly a heritage breed, but originated from them. The Roman is critically endangered, and has a pretty small gene pool in the US, from what I understand. American Buffs were developed in the '40's, and are on the Livestock Conservancy's Watch list. 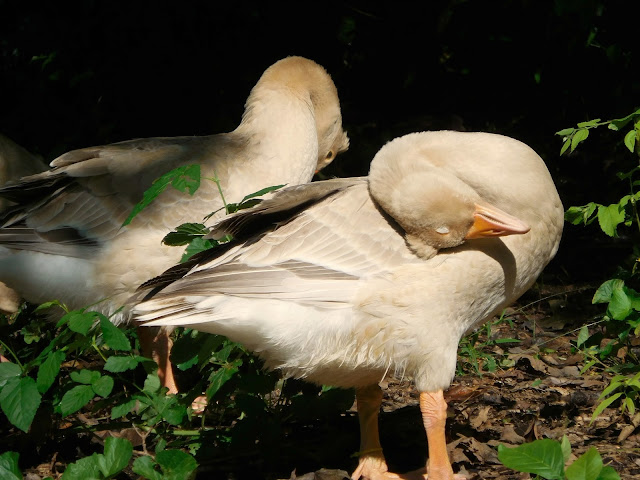 It's still such a new breed that it hasn't been officially recognized by the American Poultry Association yet, but breeders and poultry enthusiasts are working hard on that front.

Interestingly enough, one of the most active Tufted Buff breeders is in the Netherlands: De WeydeGansch Hatchery. They are the first to acquire both American Buff breeds in Europe, and are working to promote and perpetuate them there.

The woman I bought them from happened upon her breeding stock at a livestock auction in Alabama. Nobody there even knew what they were. So she isn't sure where they came from, but they are a good representation of the breed, so they must be from good stock. 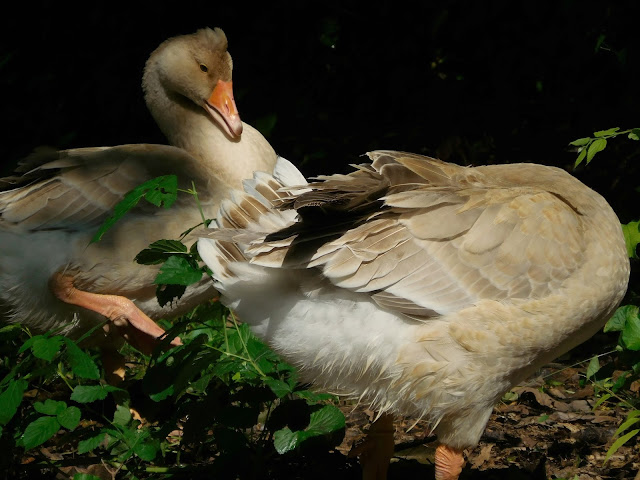 Wherever they hail from, these geese have absolutely stolen my heart, without me even trying.

Even though they weren't a breed I actively sought out, I am so happy they have joined our homestead. 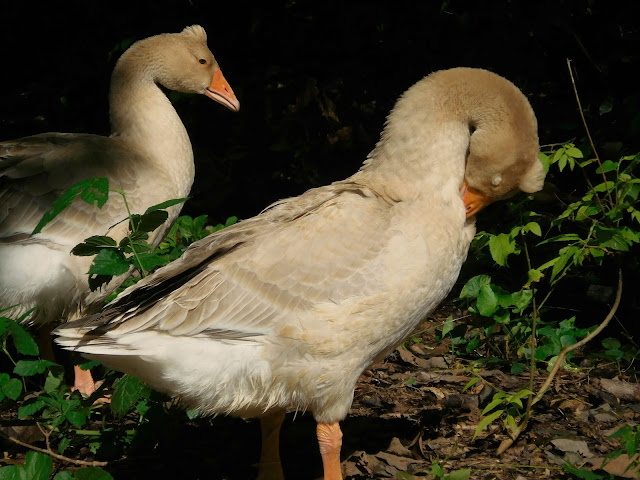 I'm greatly looking forward to building up my flock and promoting this breed in my community. I feel as though I've stumbled upon a great treasure! 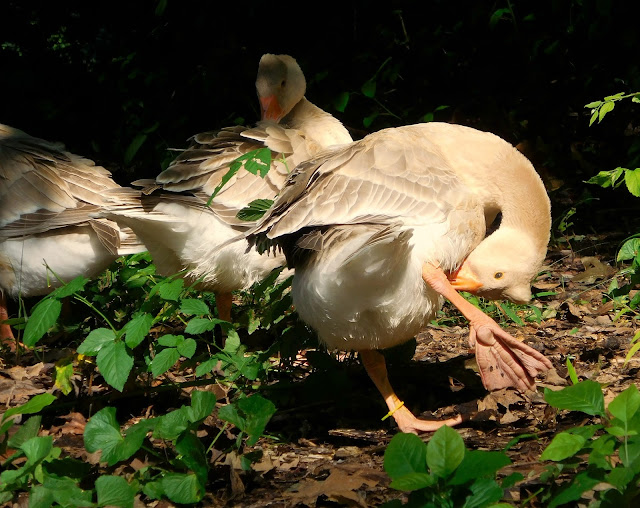