The babies that I hatched out are now two weeks old, and doing great.

I finally got the pen covered, and was able to move them OUT of the house. Two ducklings are a little smelly, but 9 are horrendous, even if I change out the bedding every day. 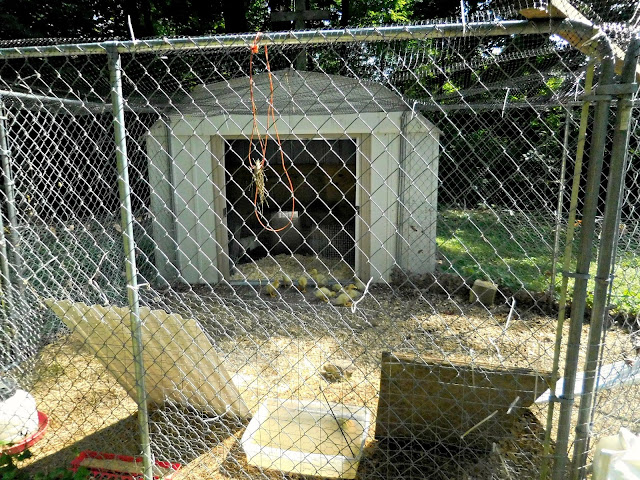 Just for the record, plastic deer netting isn't exactly an impenetrable barrier against predators, but rather a deterrent (hawks, mainly). If you live in an area with a major predator problem, you should go with something much sturdier. We are lucky that we have never had issues, here.

Having dogs around is also a good deterrent.

The two older ducklings ended up both being drakes, naturally. But somebody who works in the park office took them home to her pond to live happily, so that helped free up some space around here.

This past week, the clutch that the broody Silver Appleyard hen was sitting on at the farm began to hatch, but we noticed something a bit strange... 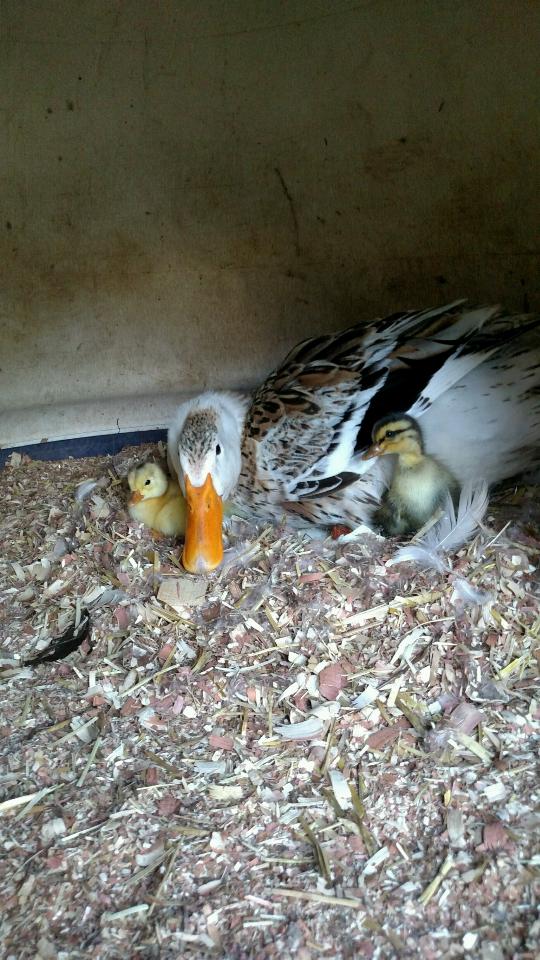 A couple of days prior to the first baby hatching, I candled one just to see where they were in development. I was surprised to see the embryo only looked to be a bout 2 weeks along. So I was especially perplexed when they began hatching shortly thereafter.

Dad mentioned that her clutch had been steadily growing over the course of the month, and then we realized that the other duck hen had been coming in and laying an egg in the nest whenever broody mama left for water.

So now we have eggs at multiple stages of development!

I wasn't sure whether she would continue to set or abandon them to care for her hatched babies, but they were safely moved to a secure pen where everyone has access to food and water. 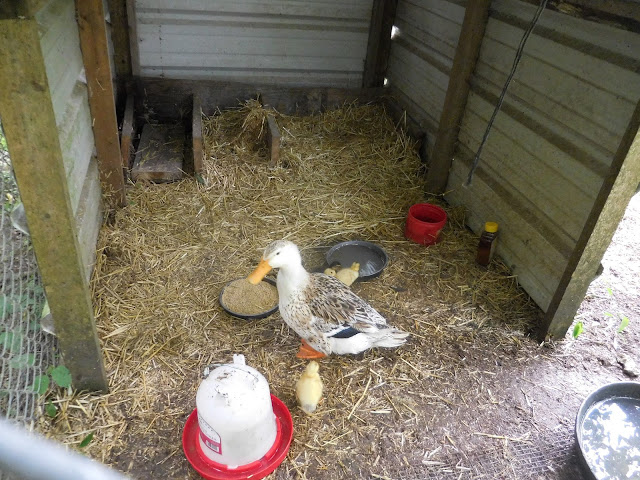 In the end, she really wanted to care for the 4 little ones, so I took the rest of the clutch back home and put them in the incubator. 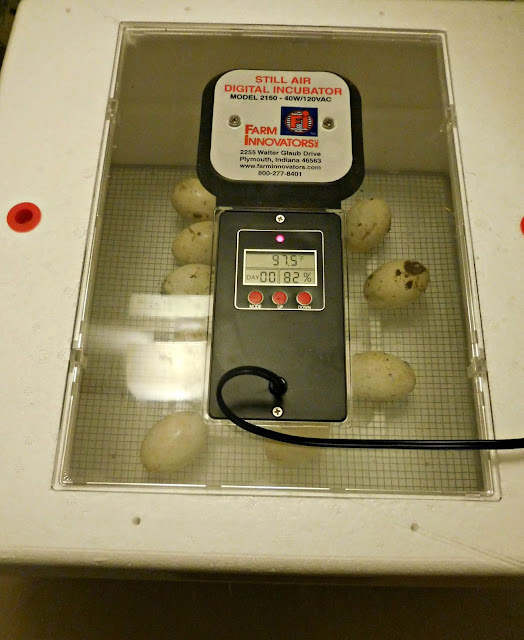 Two were already pipping. I candled the rest and saw that 5 would be hatching any day, and 4 looked to be between days 20-22. I'm hoping the age difference isn't too great for them to be raised together.

Yesterday we let mama out with her babies for the first time, which was a very entertaining event for the whole family. 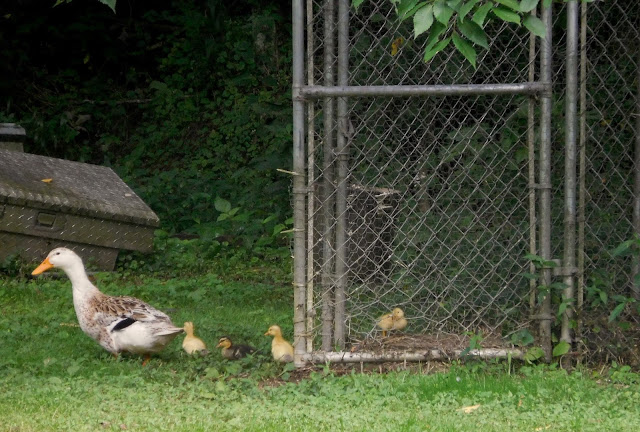 Mama was literally jumping for joy as she rejoined the flock, her young ones racing behind her as fast as their little legs would go. 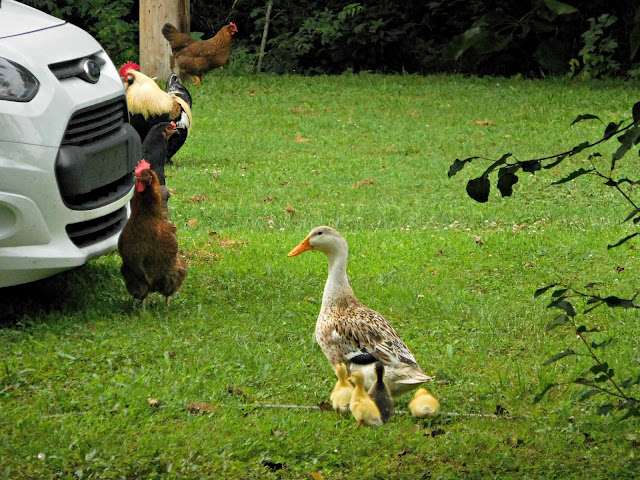 They all took a tour of the farm yard before getting closed up safe and sound again.

By the time we got home yesterday evening, two of the eggs were hatching, and we all got to witness the moment they entered into the world. 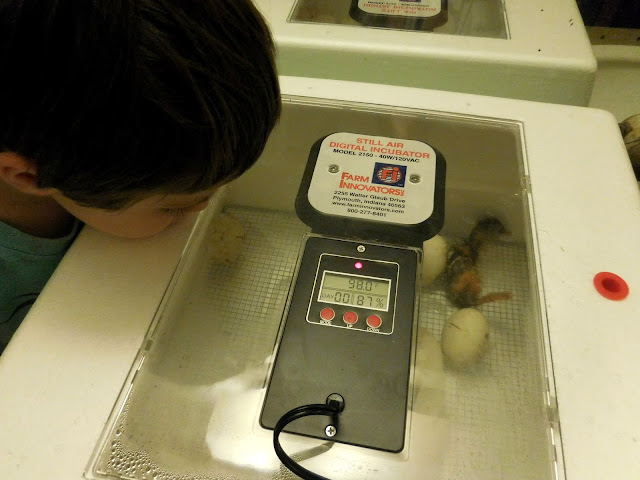 So our cup runneth over. :)

The 2-week-olds got their "big" pool the other day (of course it will only be big to them for a short while).


I hope you are enjoying your holiday weekend as much as they are!