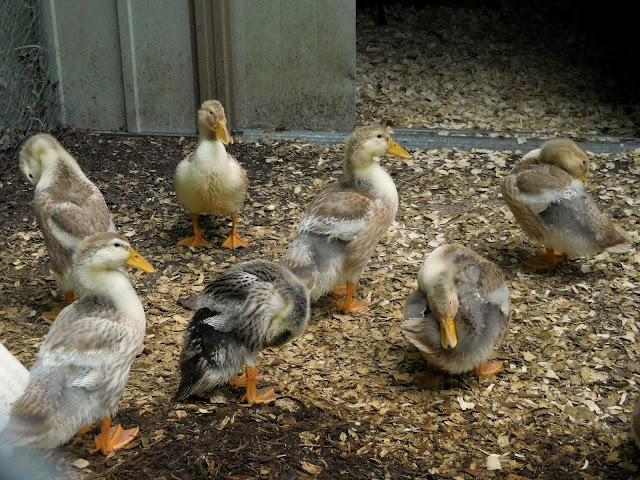 The final tally for this season's duck hatch was a whopping 22 (a lot for a small homestead like ours).

I was thrilled to discover that the oldest group of 9 were 7 hens and 2 drakes!

The remaining 13 are all over the place in regards to age (these were hatched from the big shared nest at the farm). 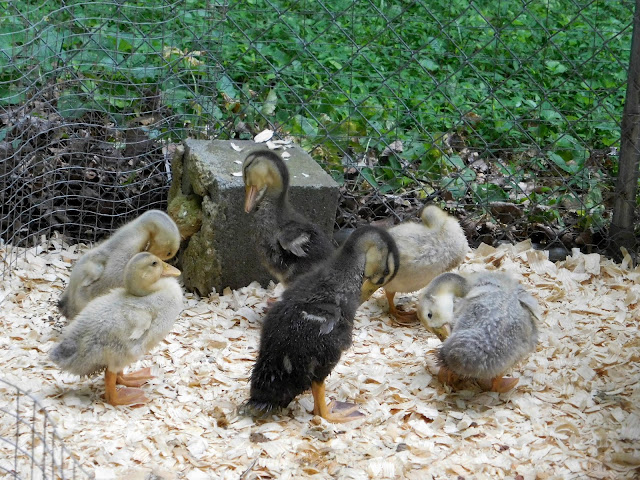 The latest group of 6 that just joined the flock. 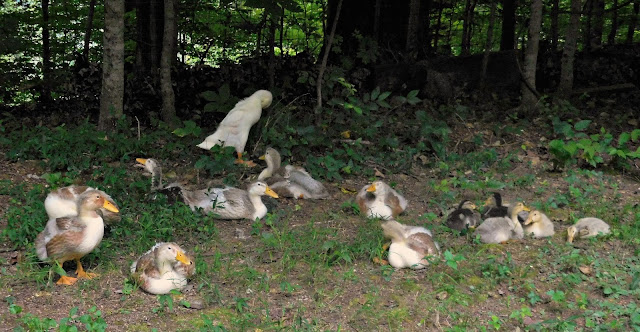 I have yet to introduce the youngest group of 6, which are still with their foster "mama" at a friend's farm. They will be joining the flock at a later date.

About a week ago I dreamed about getting geese.

I was saddened when my last Pilgrim goose died of old age a couple of months ago (her mate got killed by a predator last winter).  I liked the Pilgrims and was kicking myself for not hatching eggs while I still could.


So I found myself browsing the livestock section on LSN. I had been casually looking for geese all year, but now I was really hoping to find some.

I came across an ad for Tufted Buff goslings, located an hour away in Woodbury. We really couldn't afford to pay cash for them, so luckily she was interested in arranging a trade for ducklings.

So we swapped 2 trios of Silver Appleyards for 1 trio of goslings.

This worked out well, considering I had plenty of hens to spare, and I was able to throw in two of the excess drakes from the farm.

So we took a beautiful evening drive through the lake country back roads, and returned with these adorable guys. 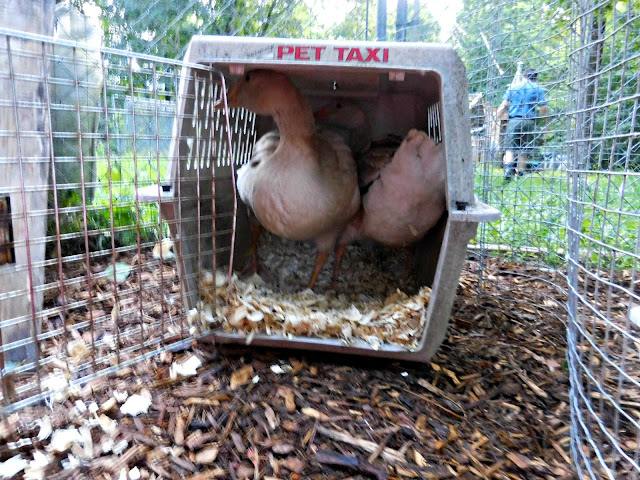 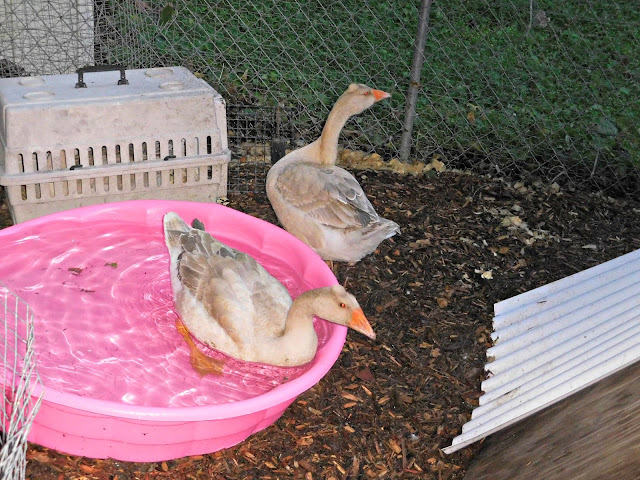 There's nothing like a wading pool to generate instant happiness! (Although the only wading pools I could find in town were these tiny pink ones. They don't mind!) 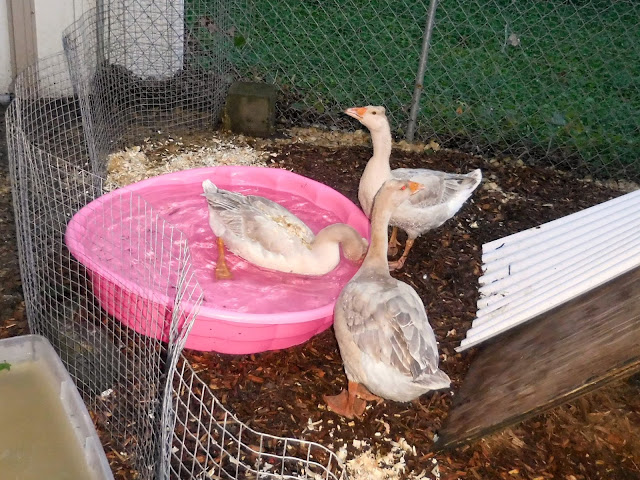 I had them partitioned off in the duck pen so everybody could get used to one another in safety, but they pushed it away overnight and ended up joining the ducklings anyhow. 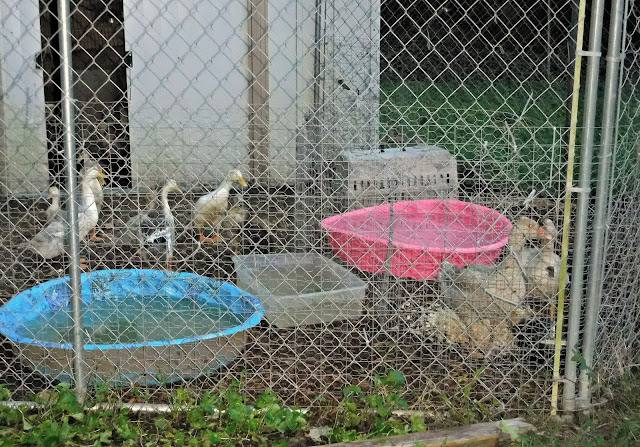 The ducklings are dwarfed by these giant babies, and quite terrified of them, even though they mean  no harm. 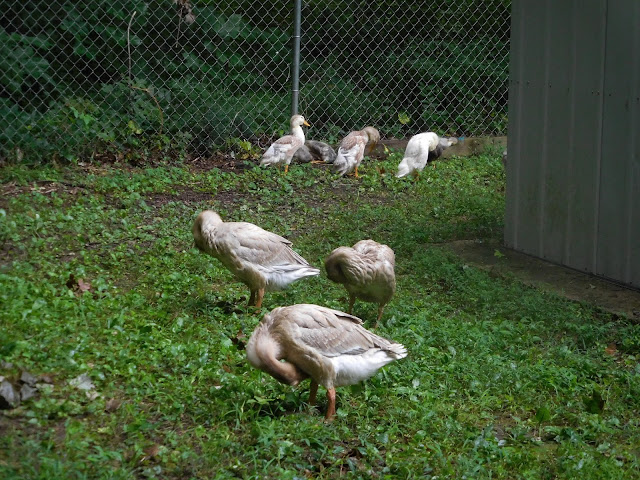 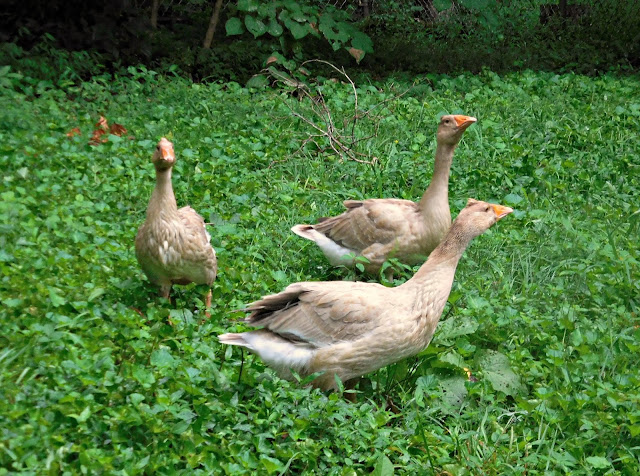 I was immediately impressed by their gentleness. Pilgrims are considered a gentle breed, but even they would have a nip at you every now and then. These guys are like puppy dogs. Buffs are renowned for being among the gentlest of goose breeds. 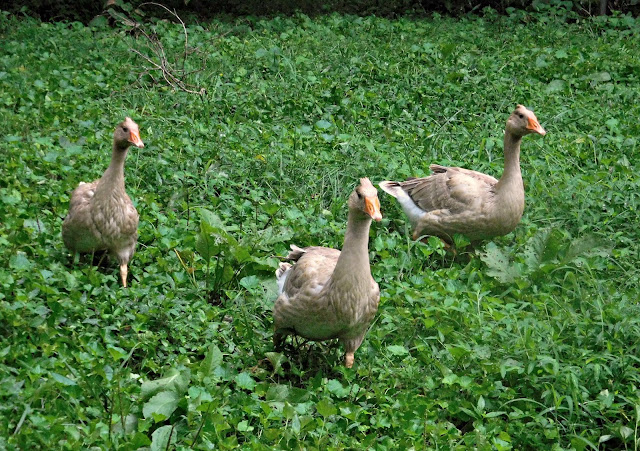 While that isn't necessarily good if you are wanting them to hold their own against predators, it's great if you have small children around, or don't want to be watching your back during the breeding season.

It will be nice to not be feeding 22 ducks as well. Geese are so much more economical to feed. A little crumble and a lot of grass, and they're happy campers! 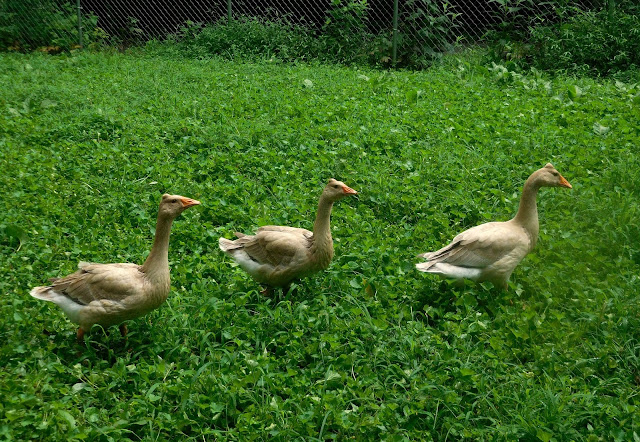 Oh, and I have to say, those little topknots are adorable! 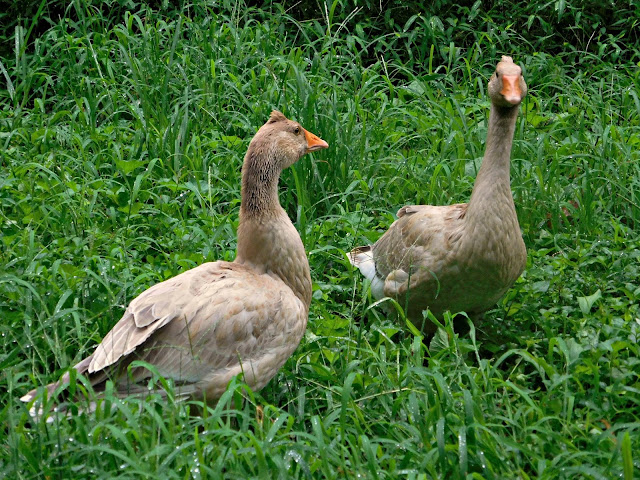