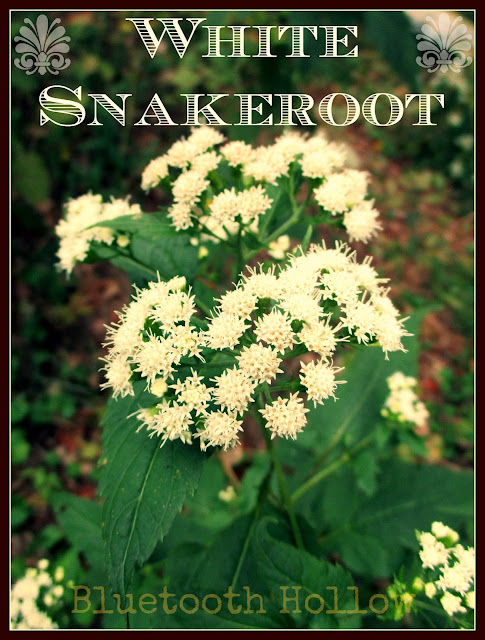 White flowers come in many shapes and sizes as the growing season comes to a close.

One of the latest bloomers is White Snakeroot, filling the forest edges and understory with its bright white glow. 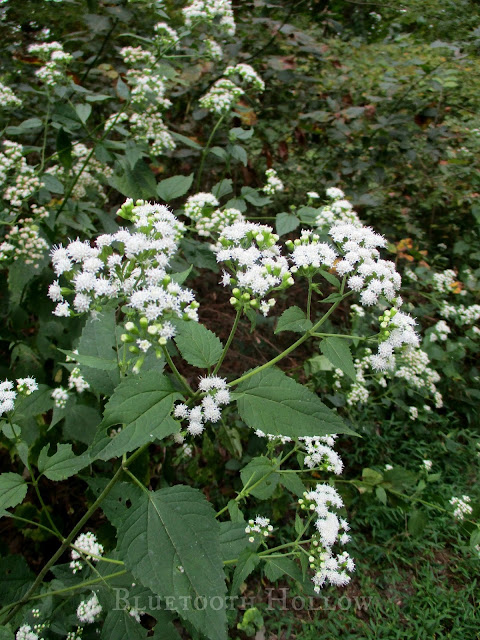 Snakeroot is a common plant in the eastern United States and Canada, enjoying the lightly shaded zones along woodland margins and road sides.

Its soil preferences range from moist to dry, with a particular affinity for loam and loamy clay substrates. 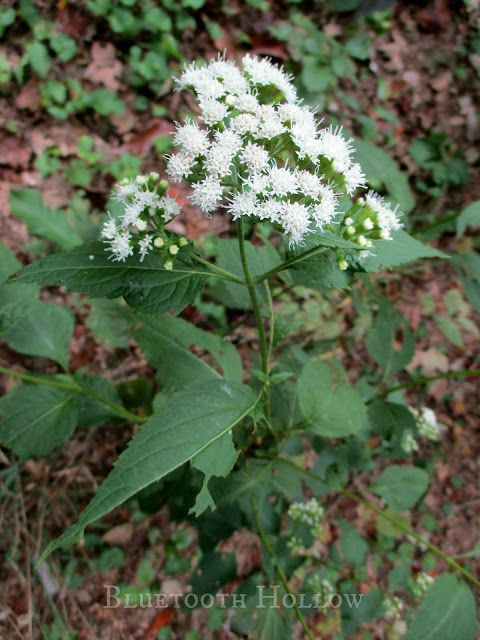 It averages 2-4 feet tall, although I have seen it grow well over 5.

The thin, usually hairless leaves are oppositely arranged, and can be ovate or heart-shaped, with palmate leaf venation with sharply serrated edges. 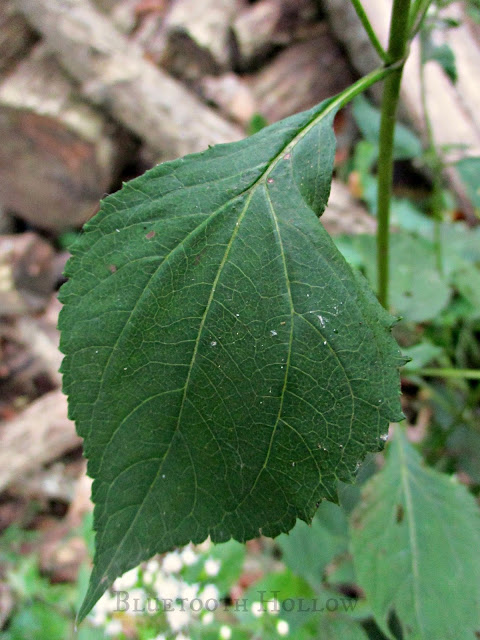 The bright white flowers are arranged in a rounded or flat-topped corymb, spanning 2-6 inches across. 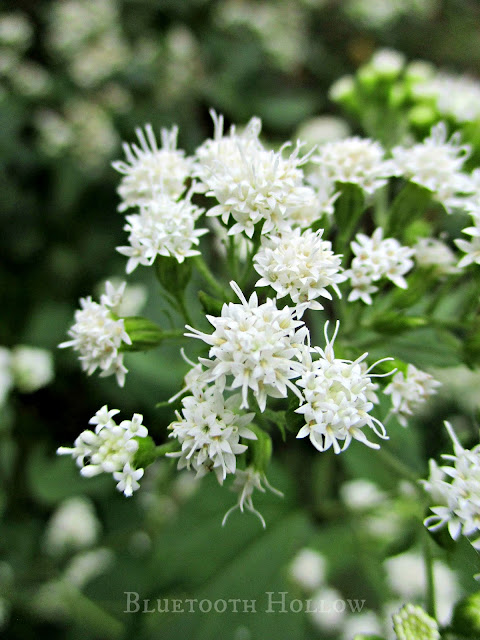 Individual blooms lack ray flowers, but the disk flowers can number from 10-30 on each flower head, and are each composed of 5-lobed corollas with brilliant white styles. 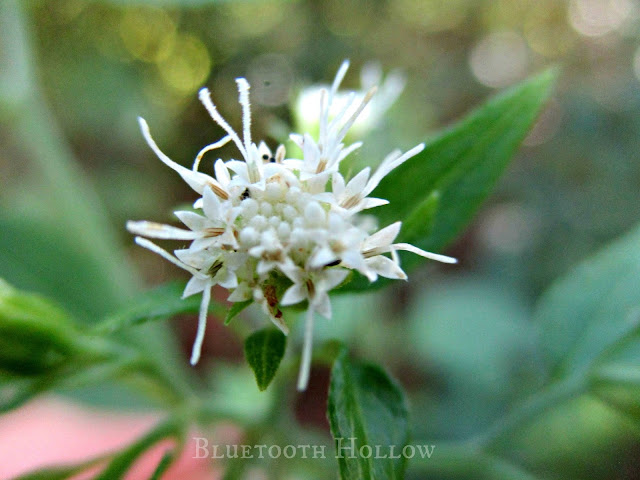 White Snakeroot can be found blooming for a six week stretch between July and October.

While it mostly colonizes by spreading rhizomes, its fluffy seeds are wind-dispersed, whisking them away to new destinations. 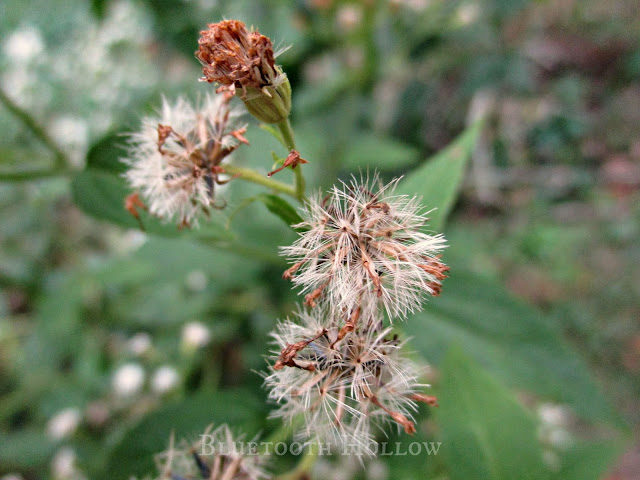 Ageratina stems from the Greek word ageratos, a botanical word describing flowers that kept their color for a prolonged period of time, with the ina suffix meaning "small." 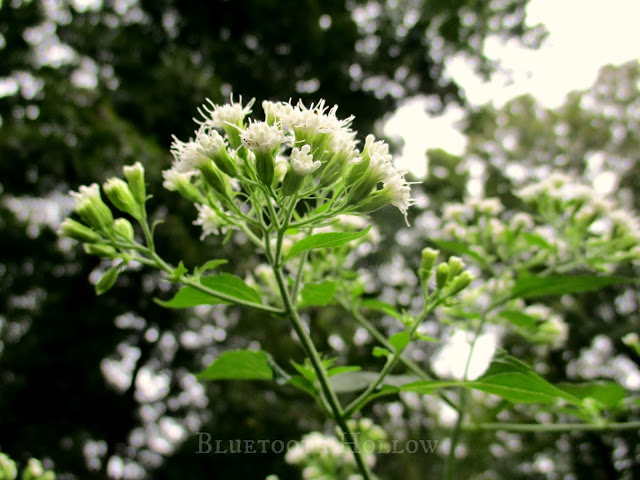 Its previous Latin name was Eupatorium rugosum, but the plant was recently assigned to its new genus when botanists discovered its chromosome count differed from other members in its family.

White Snakeroot has a handful of look-alikes that can sometimes cause confusion, especially since they are all late-season bloomers.

One of them is Common Boneset, or Eupatorium perfoliatum.

The stem is covered in long, white hairs, and the opposite, lance-shaped leaves have clasping bases with a network of conspicuous veins. 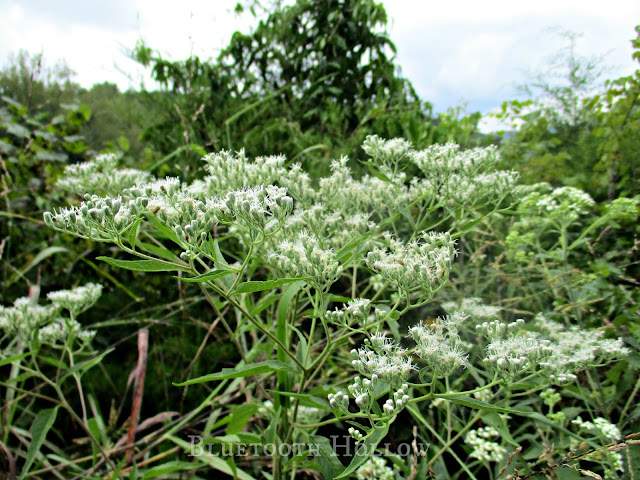 Its flower corymb is decidedly more flat-topped, and it prefers sunnier locales than Snakeroot. 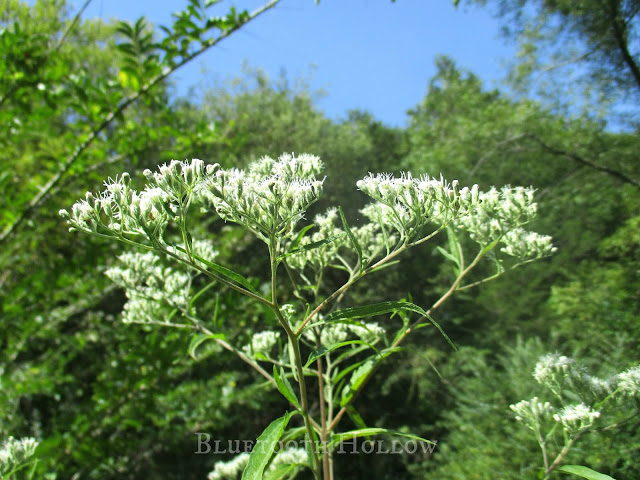 Most other Thoroughwort species can be told apart by their leaf shapes as well.

White Snakeroot gets its name from the mistaken belief that the roots could be used to treat snakebites. 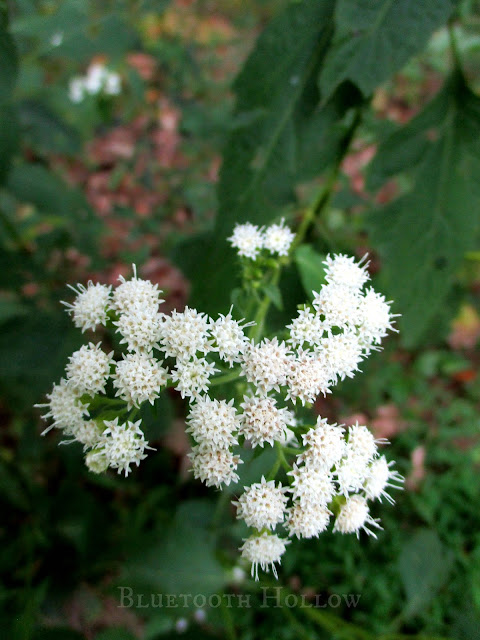 It's actually quite toxic, containing a complex alcohol known as tremetol, in addition to several glycosides.

It is toxic not only to humans, but also to livestock, creating a fatal condition in cattle known as "staggers."

These toxins can even be passed to humans via cow's milk, which was historically known as "milk sickness," - a condition common from the Colonial period to the early 19th Century. Milk Sickness was the cause of death for Abraham Lincoln's mother. 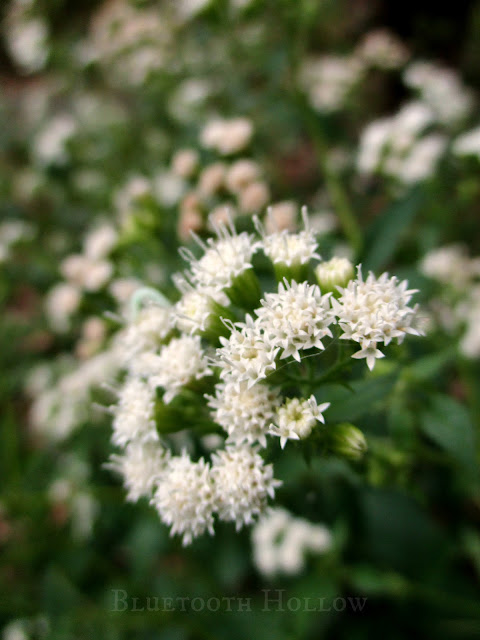 Despite all of this, it has had numerous medicinal uses over the centuries.

The root acts as a stimulant, diaphoretic, diuretic and tonic. It was used in the treatment of diarrhea and urinary tract disease.

It was also used in an herbal bath to induce sweating, and an infusion or decoction was used to treat an inflamed uterus.

The root was even chewed and held in the mouth to treat a toothache. 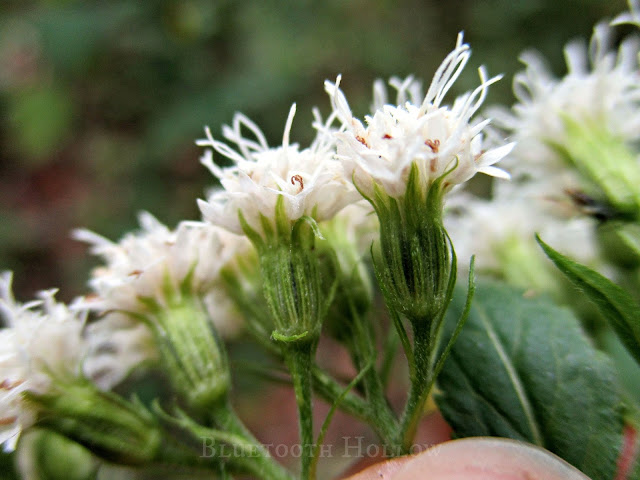 Its toxic foliage makes it pretty unpalatable to wild animals, but the blooms are a crucial source of food for pollinators in Autumn.

Bees, both native and honeybees, rely on Snakeroot for nectar and pollen. 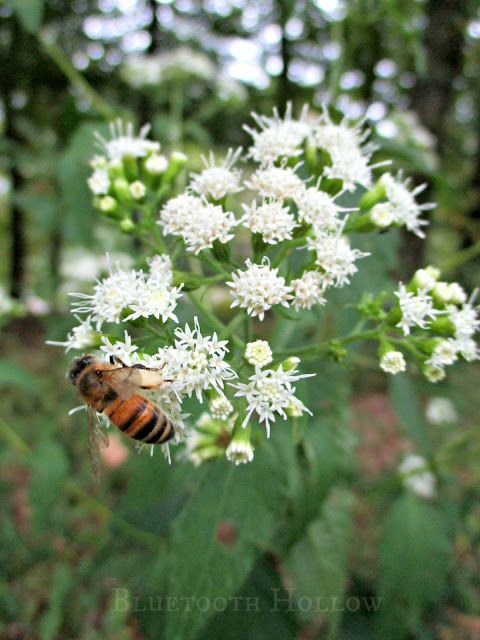 A host of other beneficial insects can be seen visiting Snakeroot as well, like flies, wasps, moths and butterflies.

Snakeroot can also make a deer-proof addition to your landscaping, lighting up shady areas in the fall and providing a life line for pollinators before the winter chill. 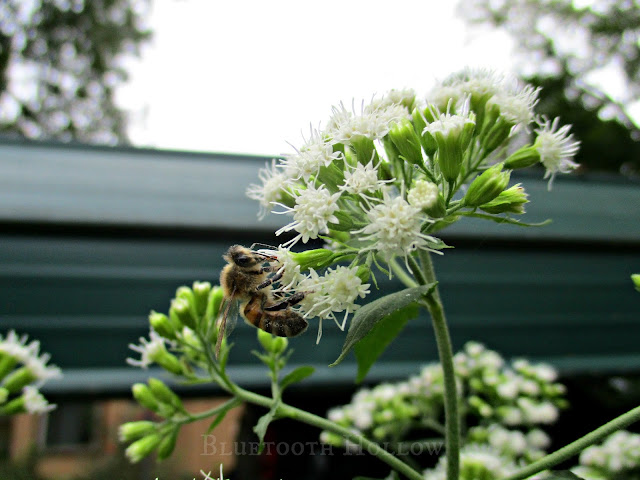 The snowy blooms of White Snakeroot are often one of the last standing as our region makes the fitful transition from warm to cold.

Its flowers remain as the woodland canvas transforms and shifts all around it in a colorful succession of green, brown, gold and red. Autumn is here, my friends! 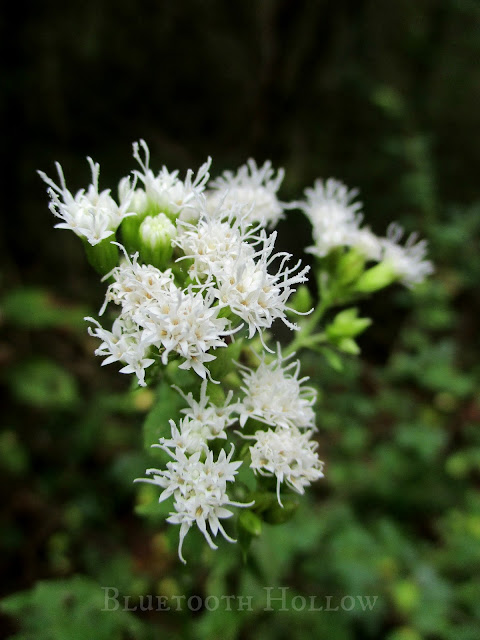 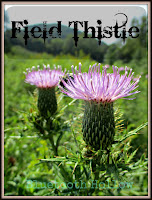 The Friends of the Wildflower Garden Inc.