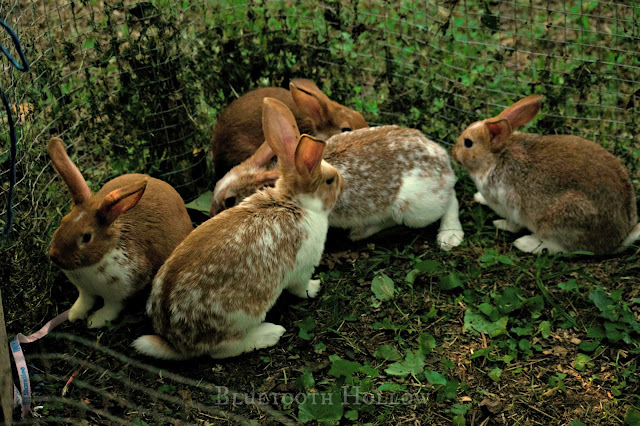 I'm getting excited about this Fall's breeding season!

I've selected my replacement stock, and overall, my first generation rabbits at Bluetooth Hollow are looking better than their parents - which is just what I was hoping for!

Ichigo is headed to his new home today. 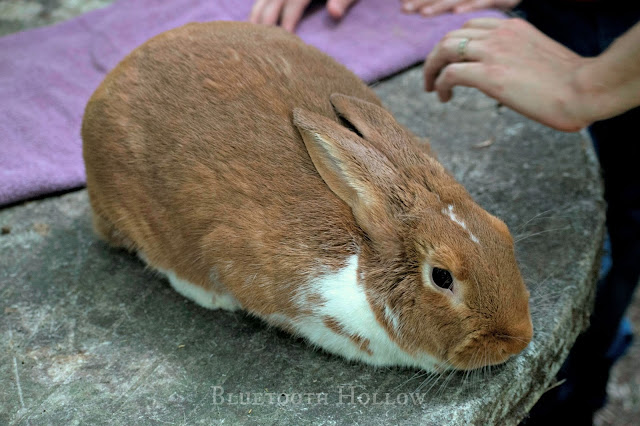 An awesome family from Memphis drove out to purchase him, along with one of his daughters. I hope he performs as well for them as he did for me. I'll miss that sweetie, but I'm loving freeing up some cage space.

I'm excited to see how his offspring perform this fall.

The bad news, unfortunately, is I really don't think my Creme breeding project is viable, at this point.

I was reluctant to name my surviving Creme doe from my one and only litter, because I just knew it would jinx everything.

Sure enough, I found her the other day with a snotty nostril. I'm not taking anymore chances with these guys, so she got culled.

All I'm left with now are the two original Creme bucks, and  Sumac, the Creme/NZR cross.


I think I'm going to at least try and back cross her to a Creme buck, before scrapping the line, all-together. With any luck the hybrid vigor will grant immunity to whatever upper respiratory illness these Cremes are prone to.

While my New Zealands are far from perfect, I have enjoyed working with them so much more. They have been dependable breeders, fast growers and had far fewer health issues, in general.

The other big plus is their popularity. New Zealand Reds are apparently in high demand, and I have sold several already as breeding stock, and have frequent inquiries. Which is great because our freezer is FULL!

There's Big Boy, of course (the name may be sticking). 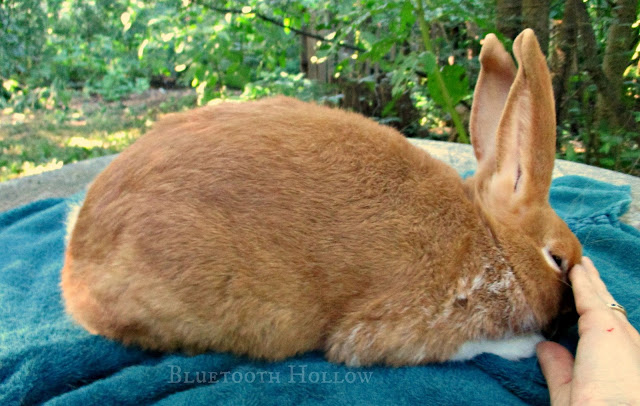 .... and then there is my pick of the NZ does from Cardamom's last litter, Dewberry: 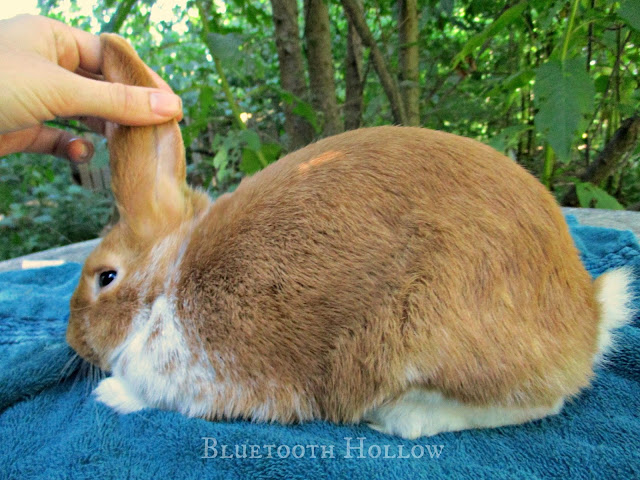 She is 9 weeks old and 4.6 pounds. While she isn't the heaviest, she is the most compact. 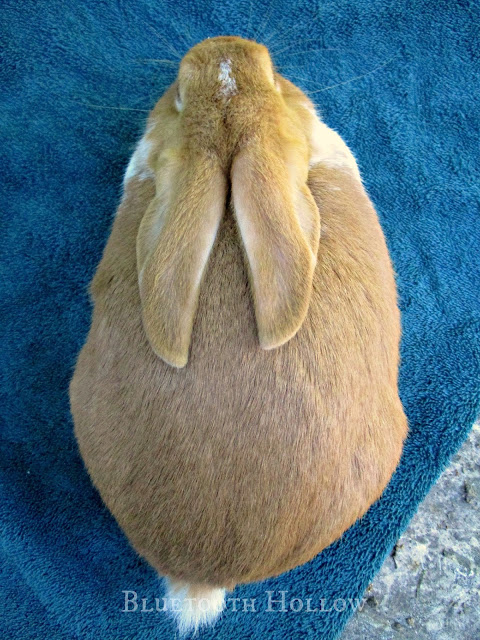 Again, not the best poses, but you get the idea. 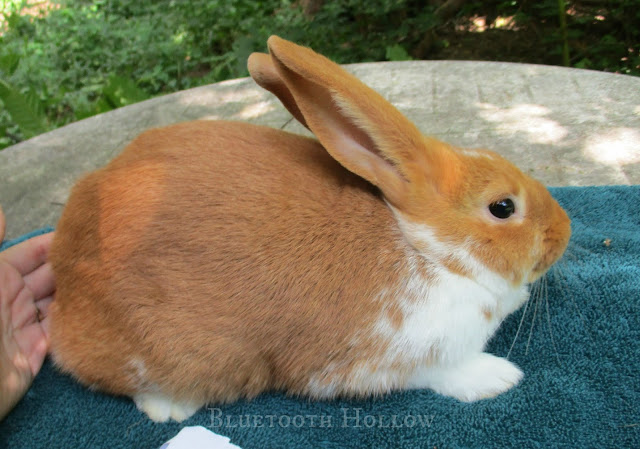 This girl actually weighed the most: 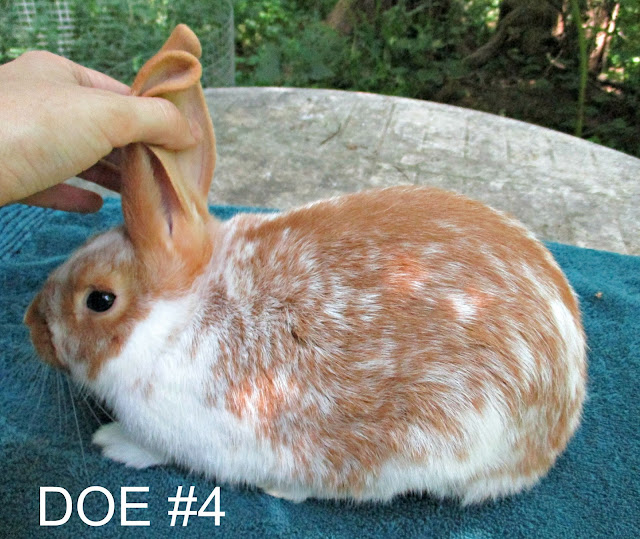 She is 5.2 pounds, weighing as much as the largest buck in the litter.

She is the one that the family picked out to take home along with Ichigo. She isn't as compact as the other red doe, but has a great temperament - perfect for a family with lots of kids! I think she will do well for them.

The one broken red buckling I just sold the other day. 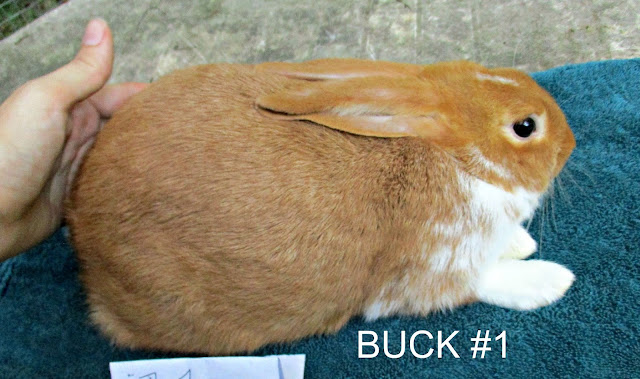 The other buckling isn't too shabby either, at 4.8. 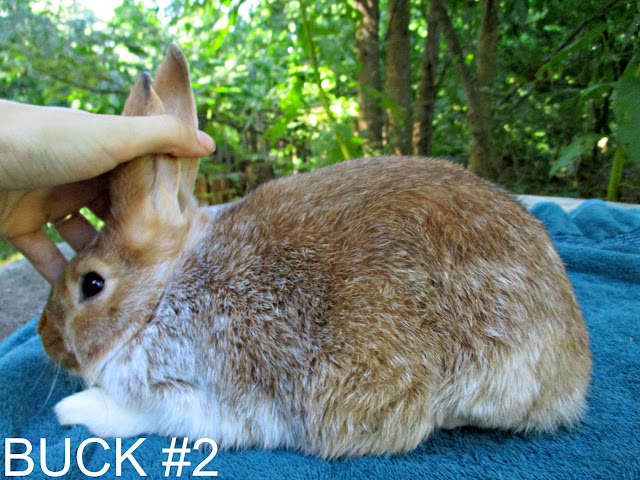 He's got a good personality, and I like his frosty coloration. I'll attempt to sell him. 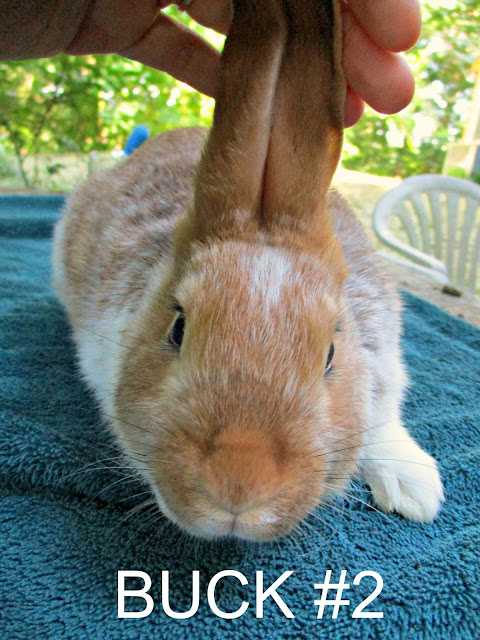 Sumac is maturing into a big girl, herself. At 18 weeks, she weighs 8.4 pounds. 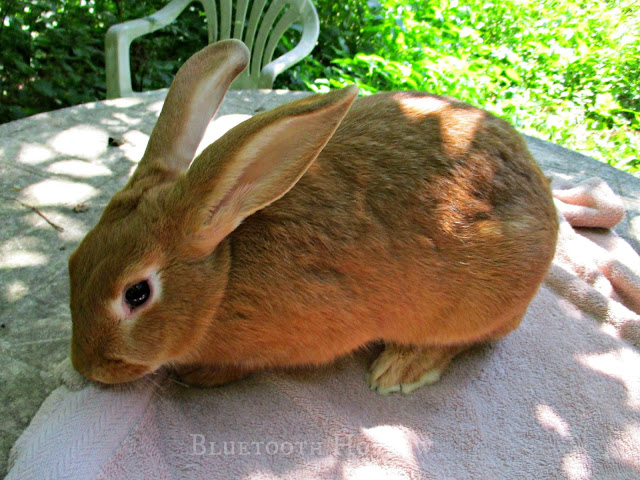 Like her sire, Colbert, she has a huge butt and rather weak shoulders, but she's beefier than her mother.

Here is a closeup of her coat: 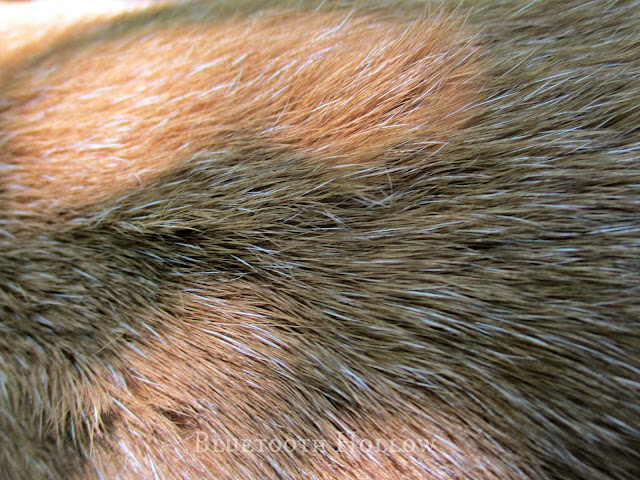 She has the nice fur density of the Creme, though not as long or soft.

I decided to keep Acer for the next breeding season, because I'd like to breed her to Ichigo's son.

I'm thinking I need to cut back on her pellets a little bit, because she's looking a bit round! 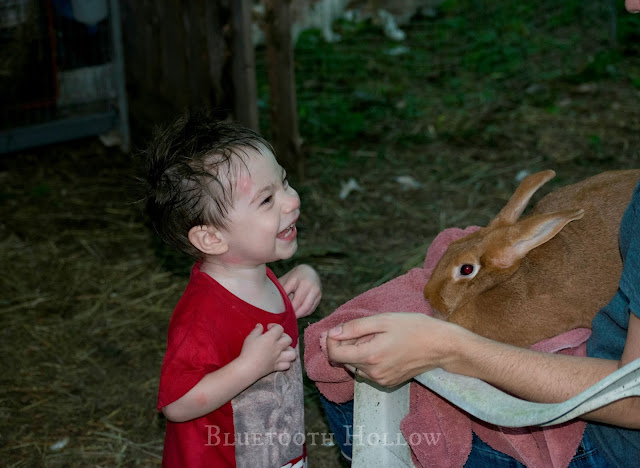 I'm pleased with the outcome of my first breeding season, here at Bluetooth Hollow Rabbitry, and I can hardly wait to get litters out of my first generation stock! 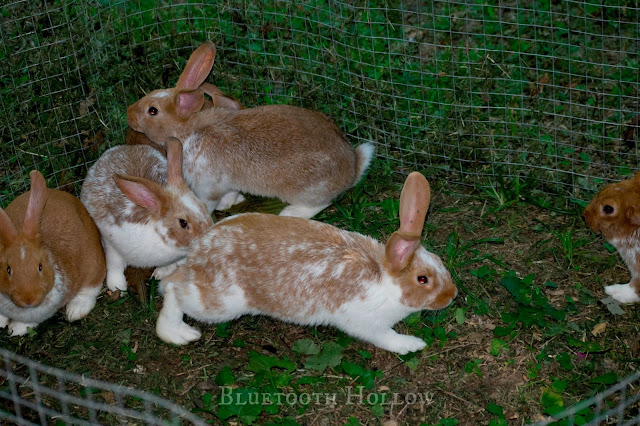 Shared on: From the Farm Hop