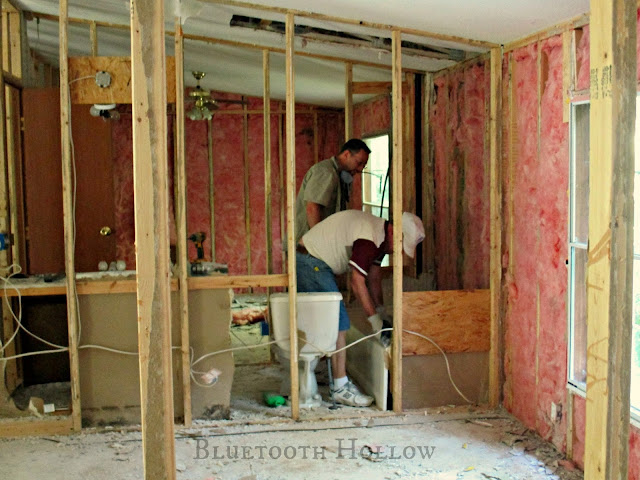 We now have the house completely gutted, with the exception of the toilets (which we'll be removing  temporarily while the sheetrock goes up).

On Wednesday we managed to get both tubs and vanities ripped out, and spent the remainder of our time pulling out even more staples and nails. 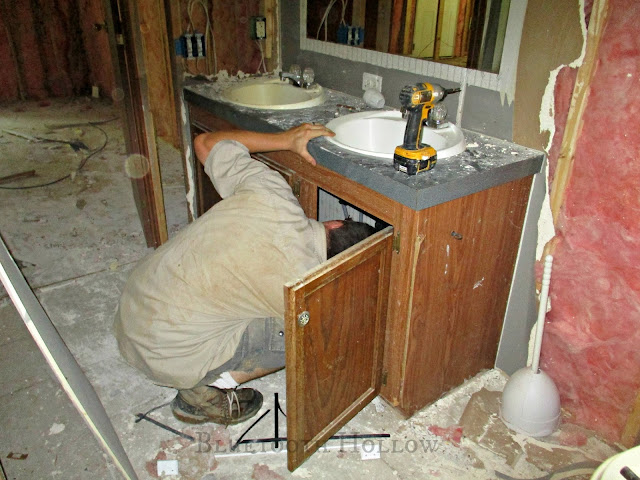 By the way, we haven't been running the AC because the unit needs to have the wall re-built around it first. You can only imagine how stifling it got in there in the afternoon, even with all the ceiling fans going. 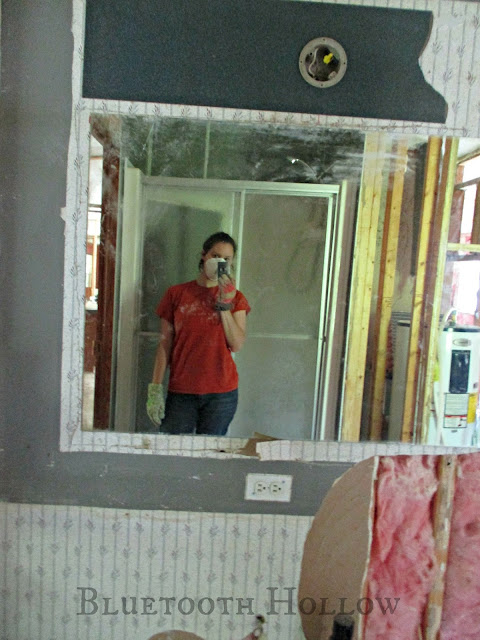 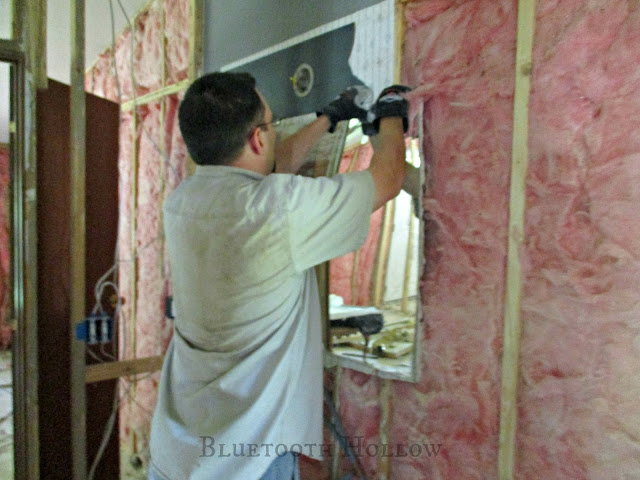 So all that was left of the drywall were the glued sections that had to be chiseled away bit by bit. 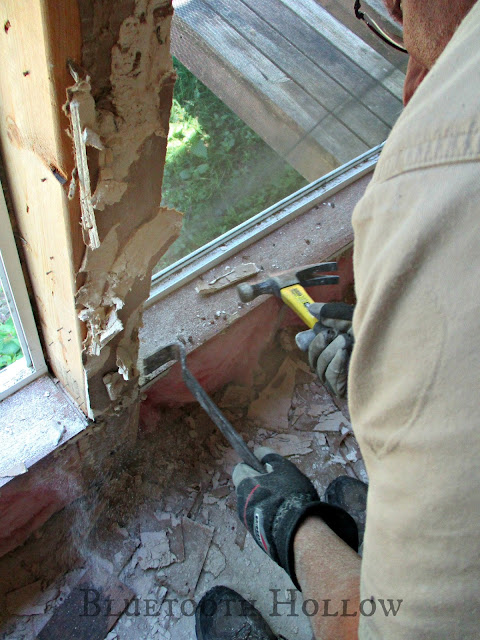 We also worked on removing door frames and doors. The doors we will probably keep, but we are replacing the cheap particle board door frames with actual wood. Most of the door frames were damaged, anyhow - either nicked up or swelled and crumbling from pet urine.

Mark also removed all of the interior windows (they are double paned), in preparation for replacing those as well - after the sheetrock is up.

Mark and his dad moved the stove outlet to the opposite wall in the kitchen, so it won't have to be crammed awkwardly into that tight corner anymore.

Today I spent some time beginning the cleaning process. There are piles of drywall bits, staples, nails and other random flotsam everywhere, and the whole floor is covered in a thick layer of drywall dust. 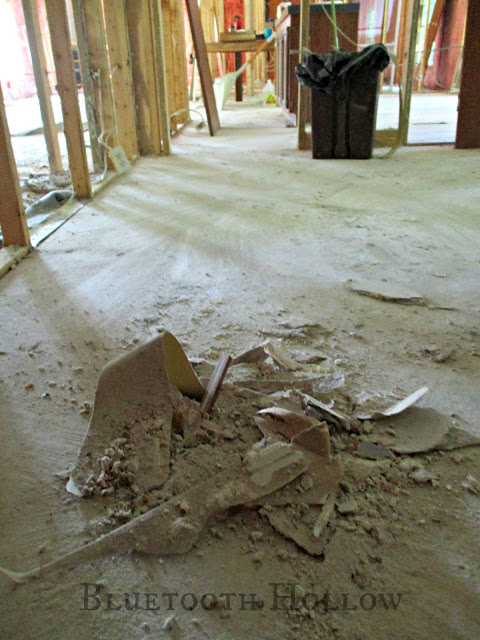 I didn't take as many pictures of our work these past couple of days, but you get the idea.

Now that we've stripped the house down to the studs, Mark is planning to replace the insulation and seal up any holes. Then we will be ready for the drywall man to work his magic!

This place is really going to start to look different - in a good way!

The sun was setting on our short drive back to the park, and I just had to pull over and take a picture. 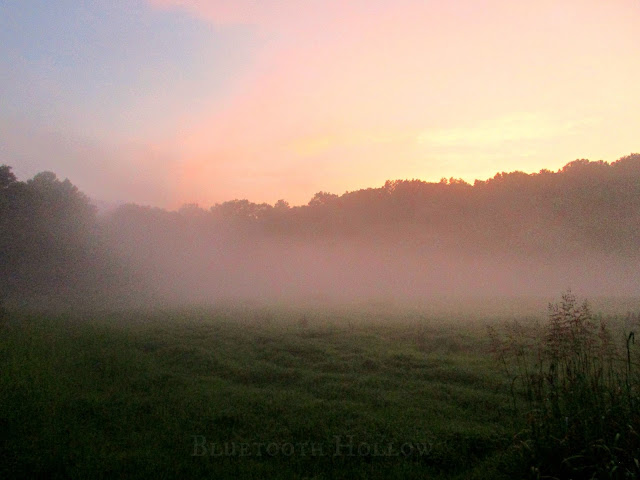 Just another evening in Buffalo Valley.


Shared on: From the Farm Hop