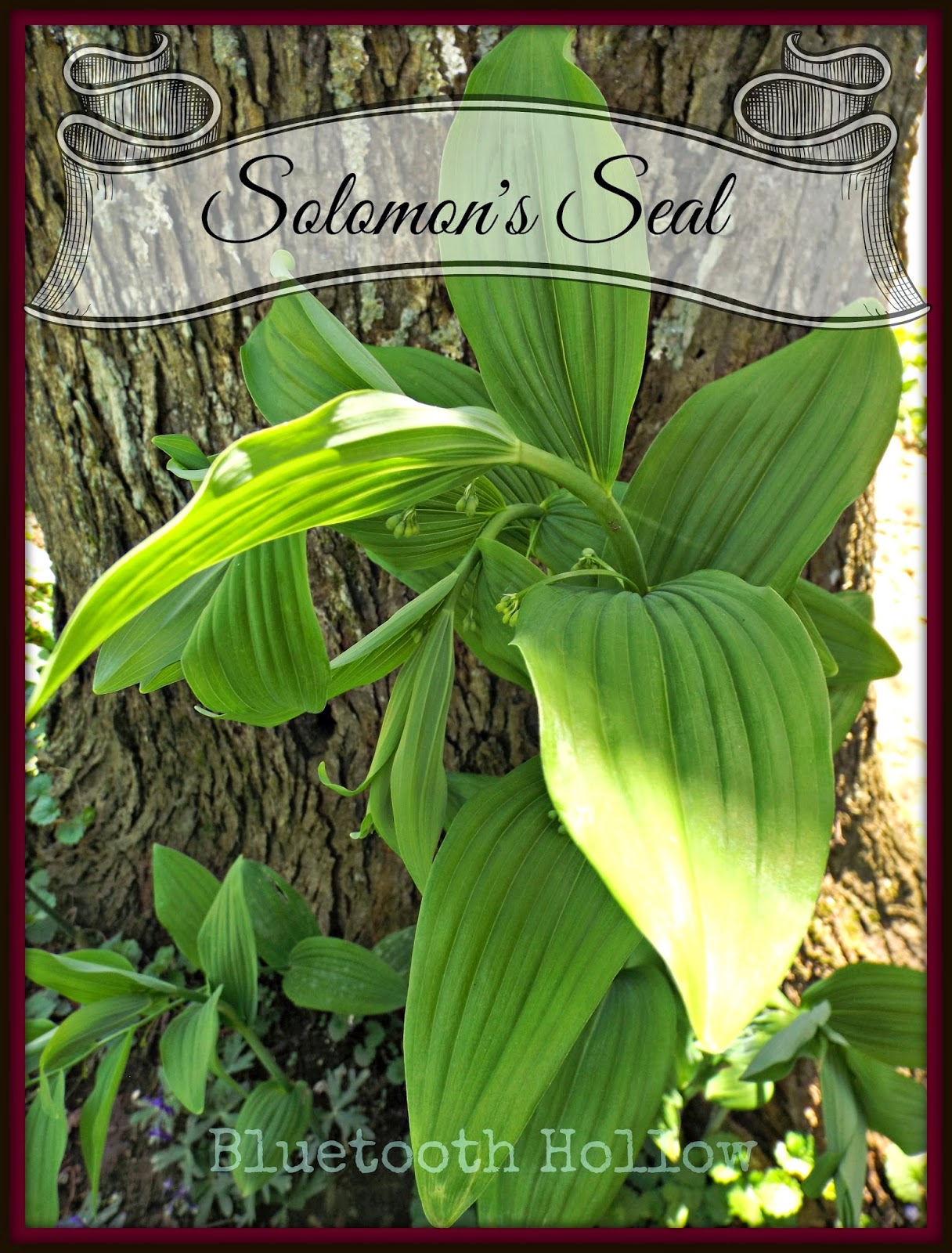 If there is one plant residing in our eastern forests with an amazingly rich history of medicine and gastronomy, it would be Solomon's Seal.

Also known as Smooth Solomon's Seal, this unique member of the lily family can be found anywhere the woods are moist and rich.

Its blue-green arching stems range from slender to stout, sometimes reaching 48 inches long. The smooth, alternating leaves are cupped upwards, their bases clasping the stems, and have very prominent veins.

In bright sunlight the leaves even have a shimmering golden iridescence. 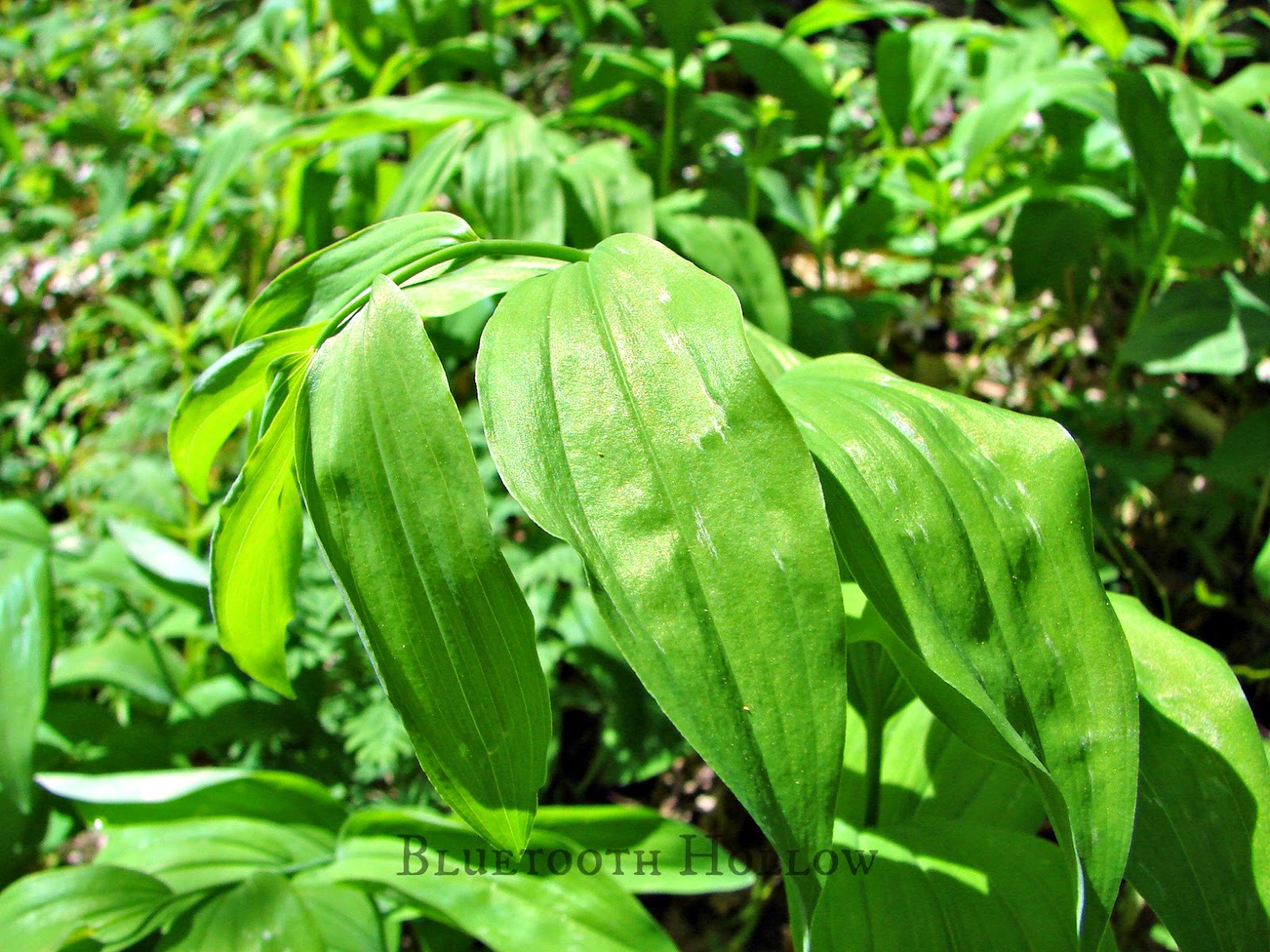 The tubular flowers aren't anything showy or spectacular, but can be seen dangling in clusters beneath the arching stems between April and June. 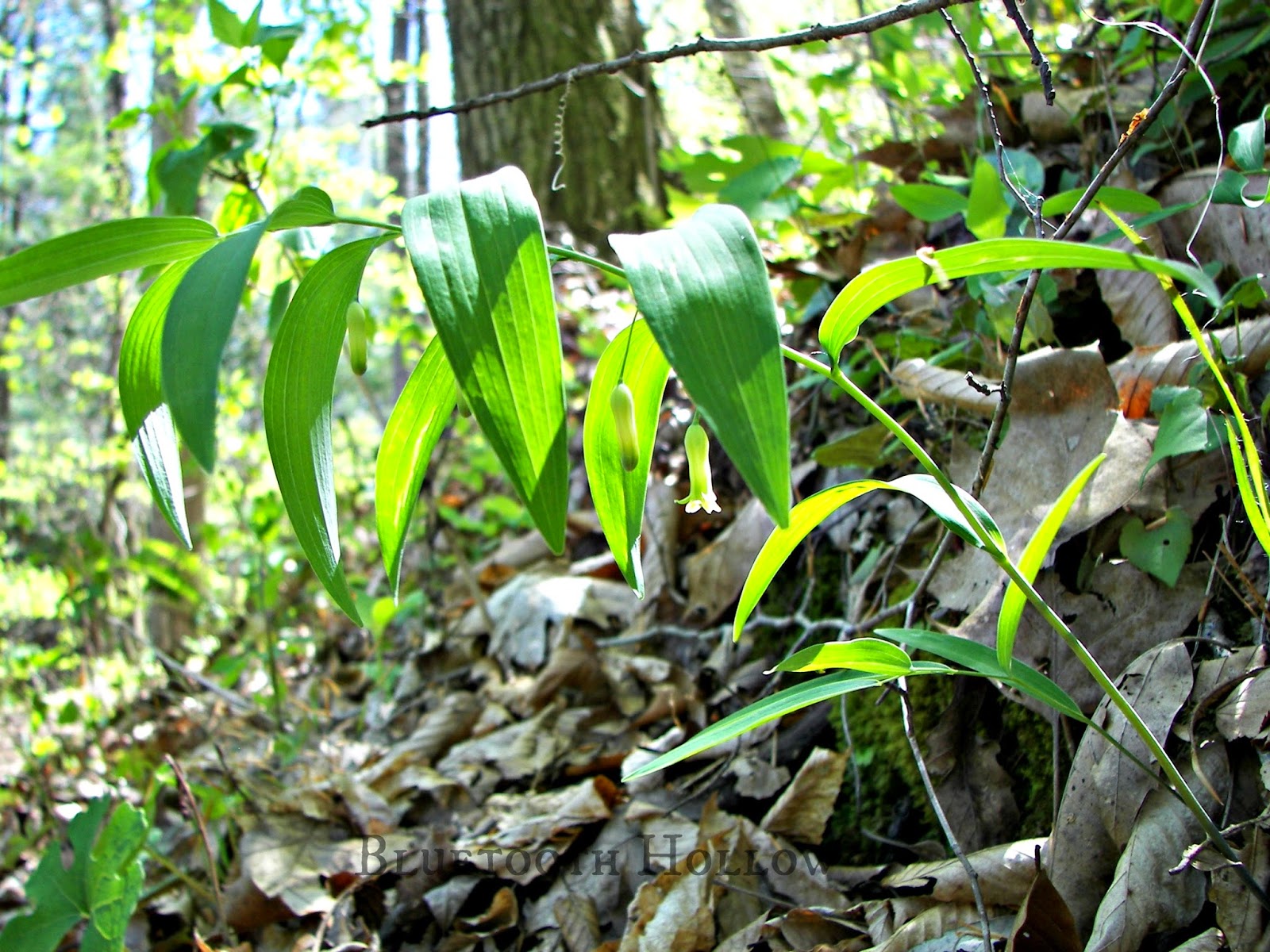 About the only creatures you'll find visiting them are bumblebees.

Its black, shiny fruit is more eye-catching than its blooms, appearing in mid-summer and persisting well into the fall.

Sometimes Solomon's Seal can form massive colonies, with its graceful arched stems gently shrugging in the breeze over the forest floor. 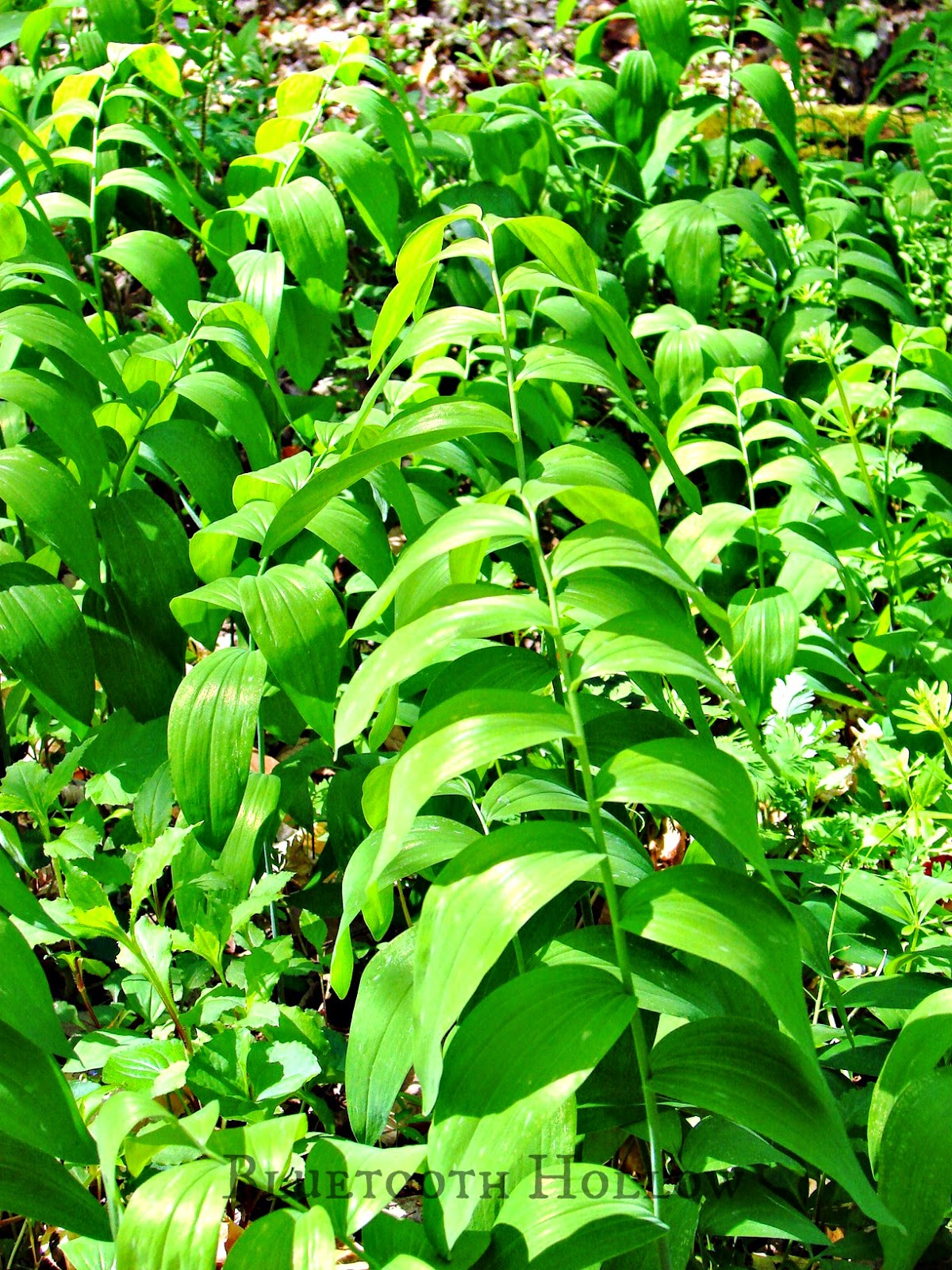 Its Latin name is Polygonatum  biflorum, Polygonatum meaning "many knees." This name references the unique shape of the plant's rhizomes (roots). In fact, the common name also originated from the appearance of its underground structures.

The roots have "many knees," or swellings that occur at the site of the previous year's growth. At the top of each knee is a circular scar left by the stem after it died back the previous autumn. The circular scars are thought to resemble the official seal of King Solomon, hence the common name.

Thus, each seal represents one year of life for the plant.

There is a very similar plant in in this family known as False Solomon's Seal or Solomon's Plume. (I prefer the latter, as I like naming a plant what it is rather than what it isn't.)

Solomon's Plume (Smilacina racemosa) has leaves that spread horizontally (unlike the clasping, upward facing ones of Solomon's Seal) and the stem has a more zig-zag appearance from the top of the plant.

The easiest time to tell the difference between the two plants is when it blooms. Unlike the tiny dangling clusters found on Solomon's Seal, this plant sports a lovely plume of white flowers growing from its end. 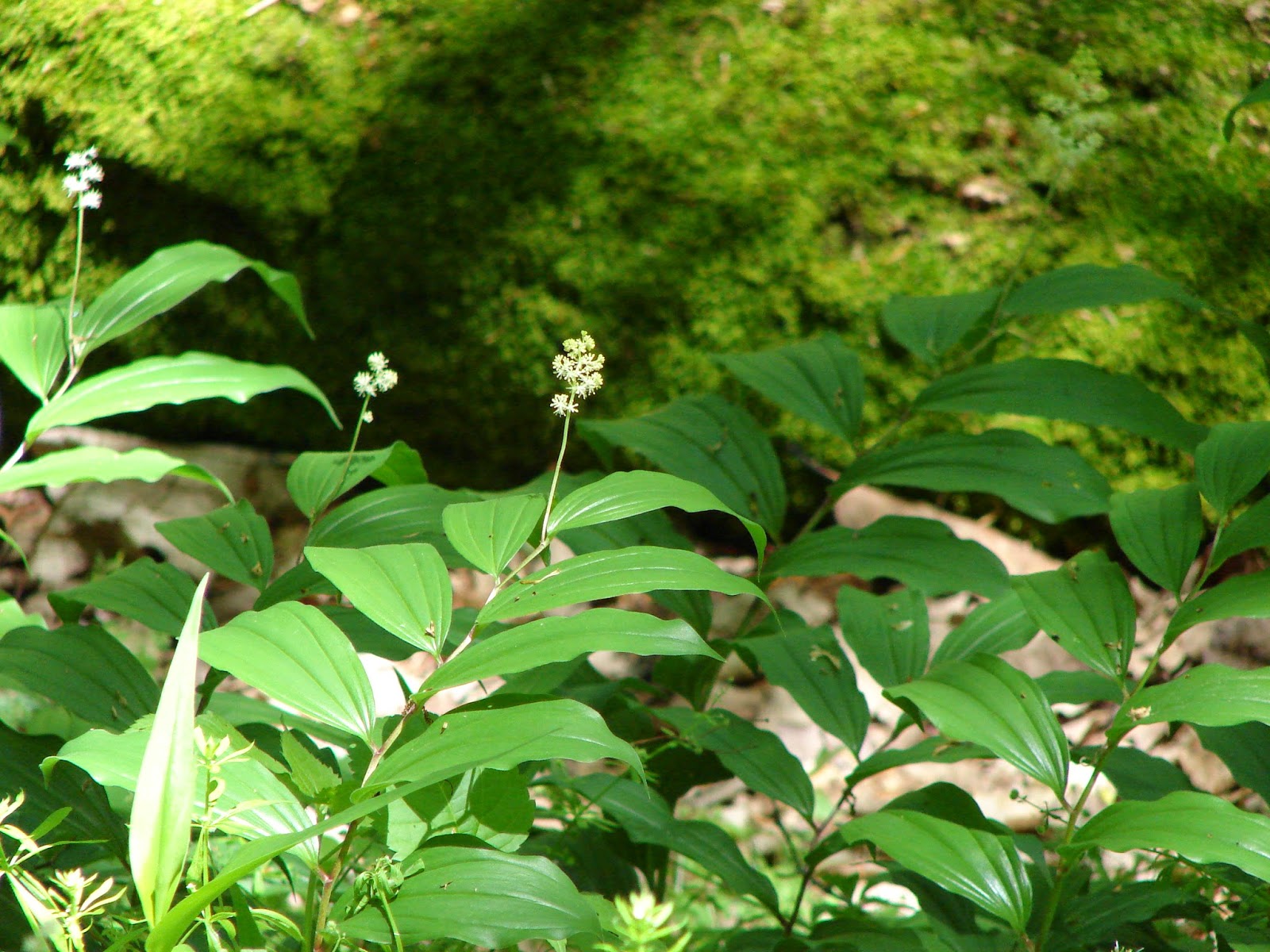 It also lacks the distinctive root scars found on the former, and its rhizome is toxic.

The fruit differs in appearance as well...

Even though its pink speckled berries look appealing, they aren't terribly tasty, and eating too many has a purgative effect.

Solomon's Seal has been a treasured healer and nourish-er for centuries.

Just about every tribe within its range used every part of the plant for some affliction or feasted on its sweet rhizomes. 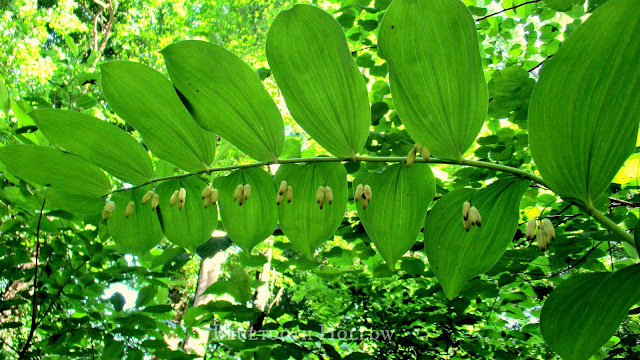 The Cherokee used it to heal female complaints, lung issues, dysentery, carbuncles, sour stomach and consumed it as a general tonic.

Solomon's Seal was also sacred to the Muskogee people. According to their legends, they learned of its use by observing the wolf. Anytime he had stomach troubles, he would dig up the plant and consume the root.

The Muskogee also used the Doctrine of Signatures to determine a plant's usefulness. Because Solomon's Seal arches forward under its own weight, they believed it was good for treating fatigue. 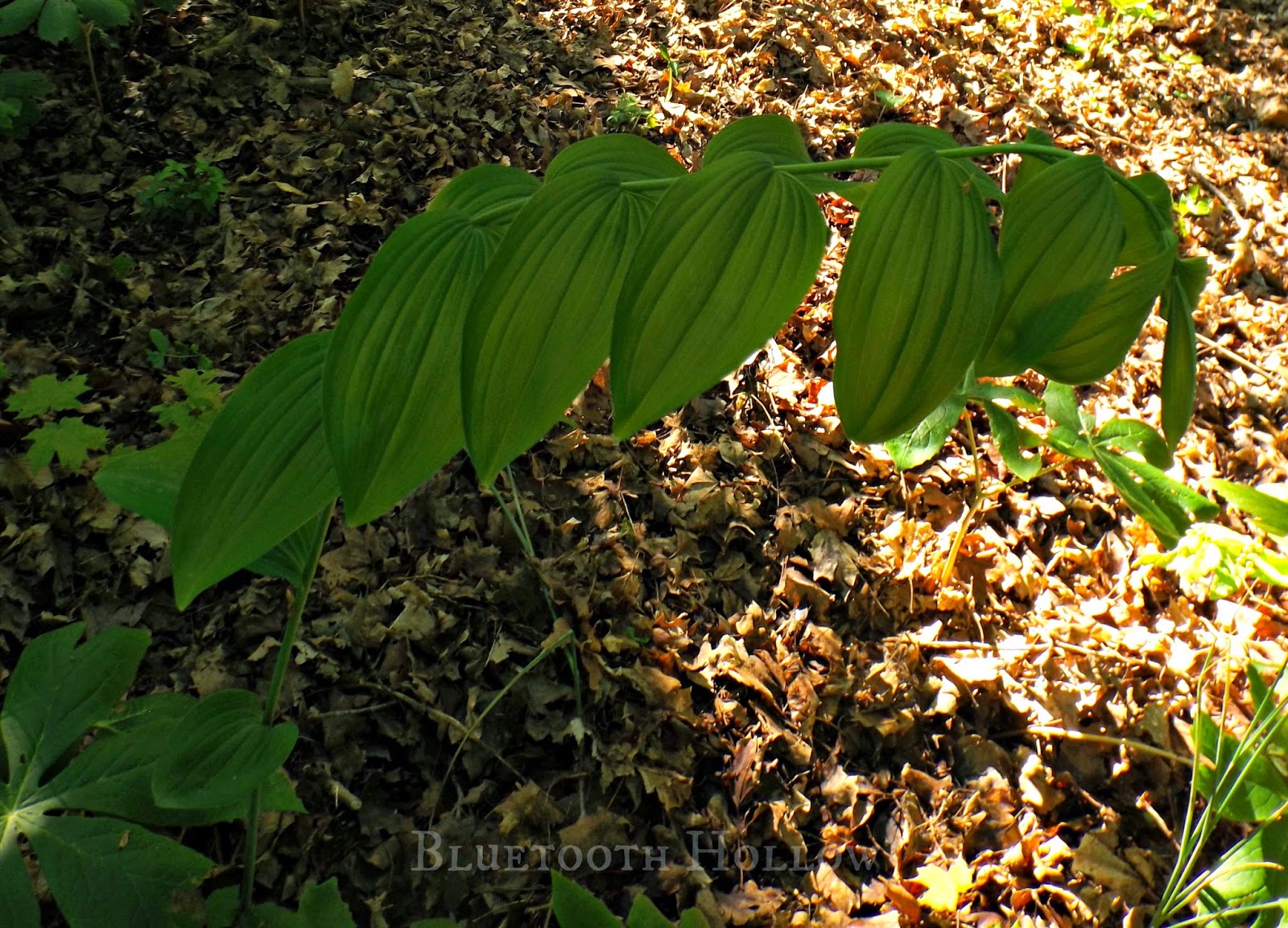 Because of its knobby, jointed roots, they determined it was good for treating the joints.

The  sweet-tasting root has been a treasured food source for all, often referred to as the sweet potato of North America. According to the Muskogee people, it was the original ingredient in sweet potato pie, baked along with wild ginger, sassafras and marsh mallow root.

Much like the Wild Hyacinth in western America, patches of Solomon's Seal were tended and fiercely protected by local tribes, sometimes spawning conflicts with settlers.

Despite the fact that the rhizome is entirely edible, you should NEVER attempt to harvest it without the guidance of an experienced forager. There are many very similar looking rhizomes that are very toxic, like Mayapple. It is also protected in much of its habitat.

Solomon's Seal is readily available from many mail order nurseries, so feel free to plant a patch to harvest for yourself later. 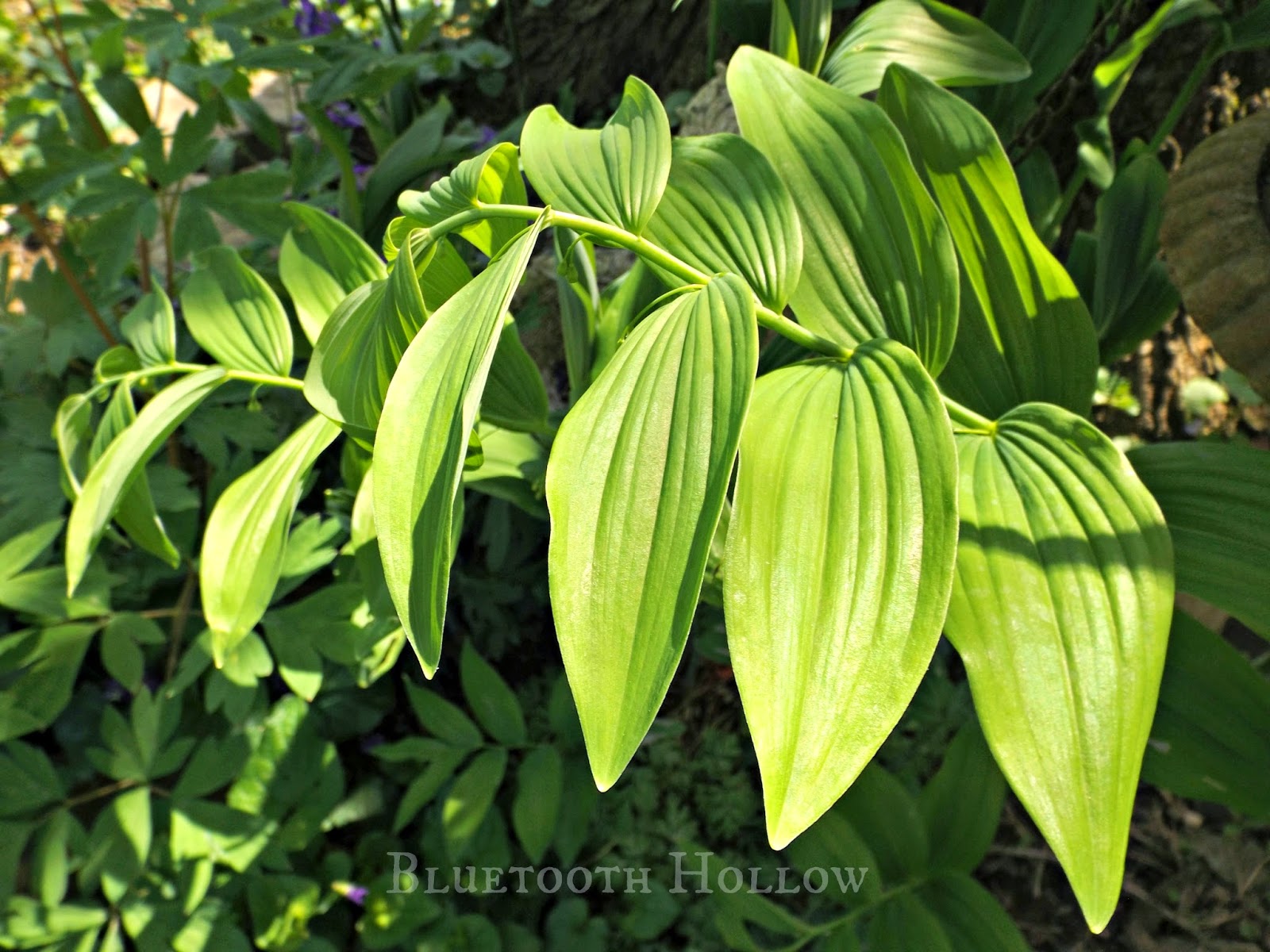 As I type, in the woods just outside our house, Solomon's Seal is blooming in its full glory. Those plants can grow unmolested throughout their lives, accumulating a great many seals along their roots. But it's nice to know that they are there, just in case we should ever call on their help again. 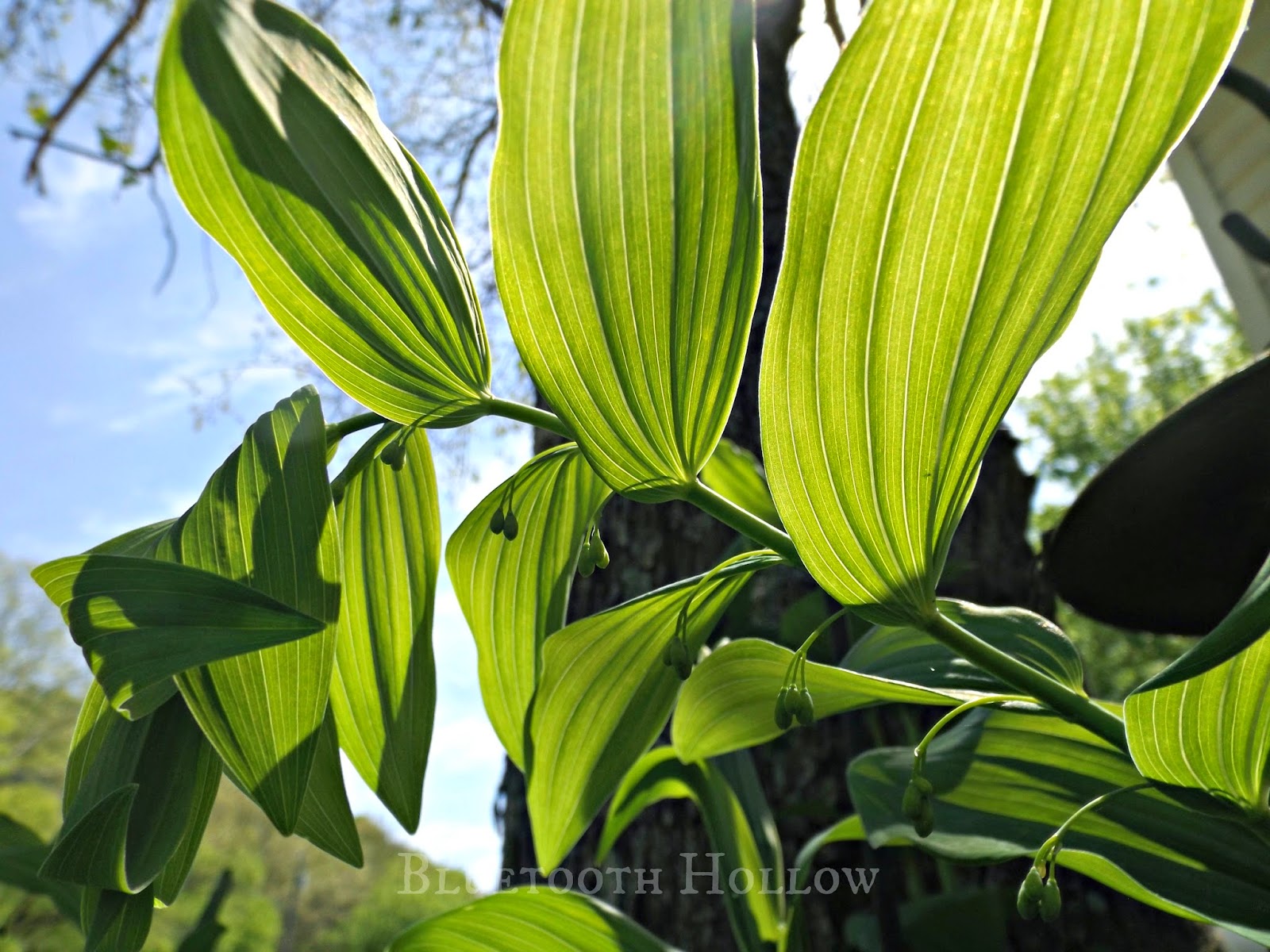 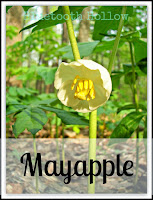 Wildflowers of Tennessee  - Jack B. Carman