.... well, obviously not the last ever, but at least the last one to arrive until this fall.


She had 11 this time- unfortunately, 6 were DOA, 3 of which were underdeveloped. Not sure what went wrong, there.

The remaining 7 look good, however, and have been well-fed. 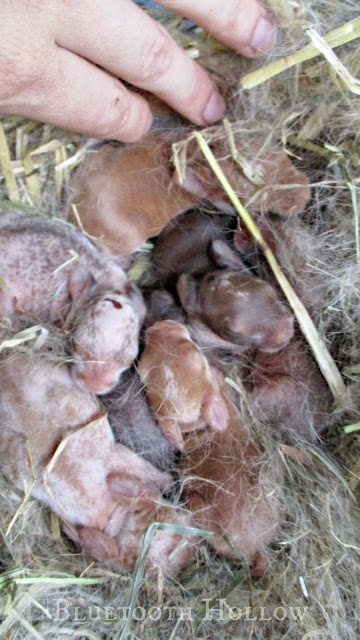 It looks like we have 4 broken chestnuts and 3 broken reds. Two of them are lightly marked, and have a lovely pattern. 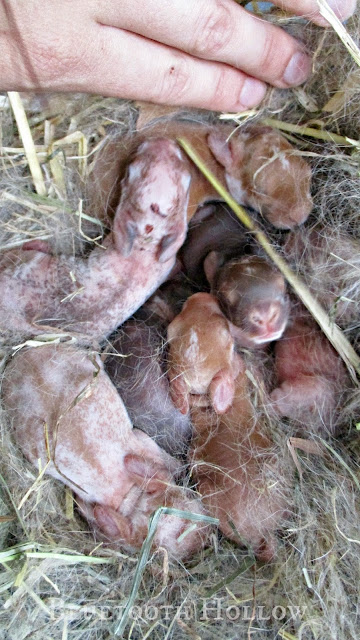 The weather is mild today, but pretty soon the temperatures will rise and the humidity will soar. I decided it was time to set breeding on the back burner. We already have a bunch in the freezer.

Speaking of which, I'm slowly wading through Acer's doelings to see who shall be her successor. 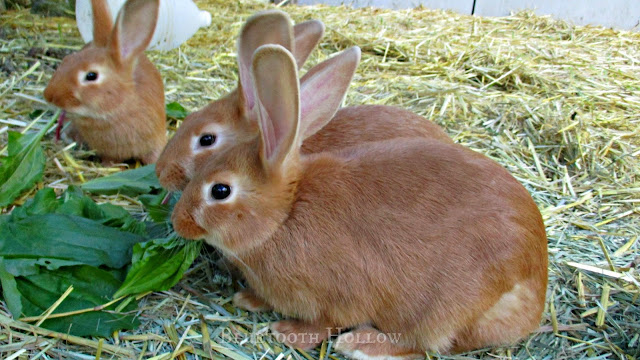 These three were not the chosen ones.

So they get to enjoy some freedom before their big day arrives. 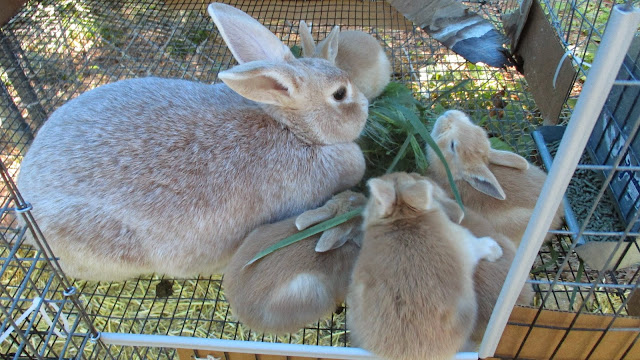 At 3 1/2 weeks, they are active, friendly and adorable. 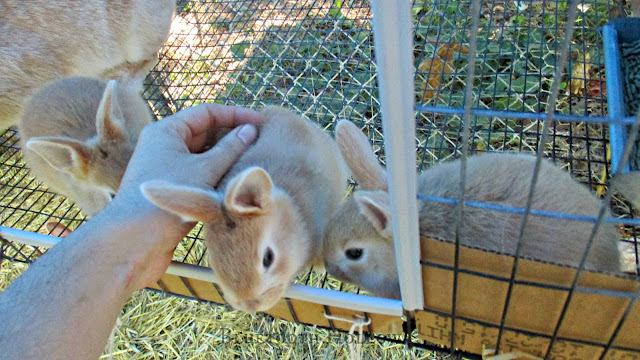 Babette's symptoms seem to have improved slightly, but I still see the occasional green booger.

For the record, I have never seen the trademark white snot characteristic of Pasteurella, but there is definitely some sort of respiratory infection going on.

Regardless, she will need to be culled. Sad, since she has been such a fantastic little mama.

By next week I should have an easier time determining gender, so hopefully she will have a couple of great, healthy daughters to replace her.

All in all, our first breeding season has been a success! We've learned a lot, and the rabbits have fulfilled their primary purpose on our homestead (oven-baked rabbit, anyone?).

Enjoy your vacation buns, and don't get too fat! 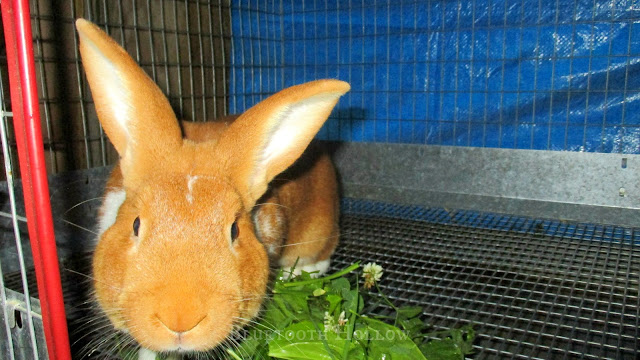