I finally got around to evaluating Acer's 4 remaining 10-wk doelings, and picked a successor. 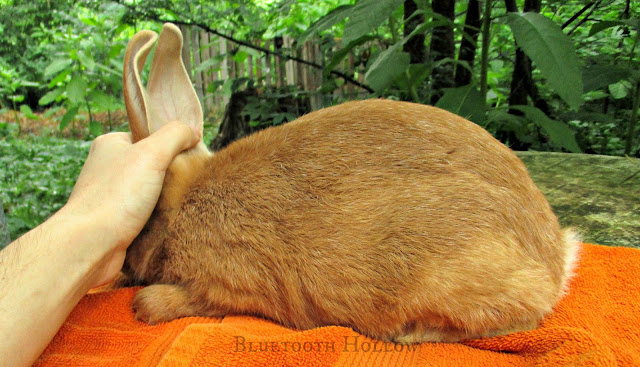 The poses aren't the greatest, but she has decent type - really though, none of them were all that bad. 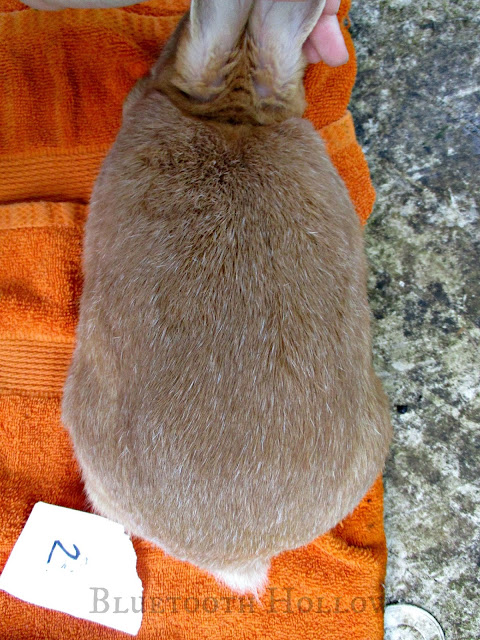 Luckily, weight and temperament made the choice easy. At 4 pounds, 11 ounces she was the heaviest, and was also the calmest for handling. 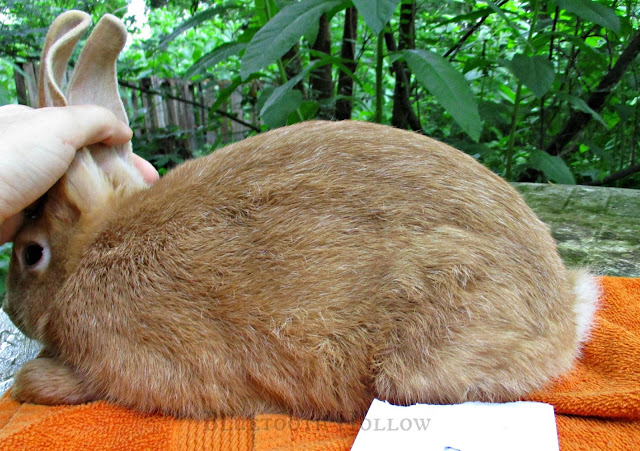 I've desperately needed cage space, so this will really help.

I'll be eager to watch her develop in the coming months. I'm especially interested to see if she silvers out like a Creme. She already has some silver hairs coming in.

I also weighed this guy again:

Big Boy, as I've dubbed him, is 5 lbs at nearly 10 weeks of age. He's been really difficult to pose, but he has really nice type.

I think he's so handsome and distinguished! 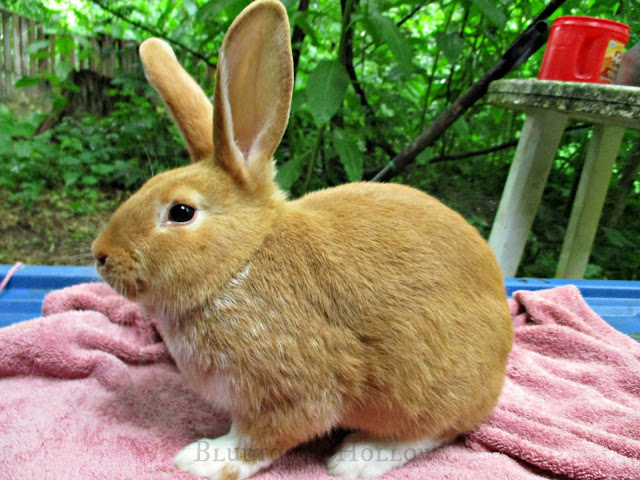 Now, if I was ruthless I would cull Ichigo and replace him with Big Boy.

But Ichigo is such a sweetie, I just can't bring myself to do it.

It's not like Ichigo is a slacker, anyhow. He's beefy, has decent type and the best temperament out of all my buns.

I really can't afford to keep another buck. So I should either cull one of my Creme bucks or just sell Big Boy.

So I decided to try and sell him. I've had several interested buyers already, so hopefully he will end up making somebody a nice herd sire.

If he doesn't sell (and if I can manage the cage space/feed bill), I may see how he matures. If he exceeds Ichigo in type, I may try to sell Ichigo instead.

Speaking of sales, I made my first two rabbit sales this past week (a NZ doe and a buck from Cardamom's last litter).

The transactions were really enjoyable, since both ladies were like-minded homesteading types. I'll be eager to see how my rabbits do for them, since they are my first-generation New Zealands.

We still have 6 culls to put in the freezer, and Babette will have to be culled soon, now that her babies are beginning to wean. Not looking forward to that at all, but it must be done.

Cardamom's latest litter is doing great, and I think they are the prettiest, yet. 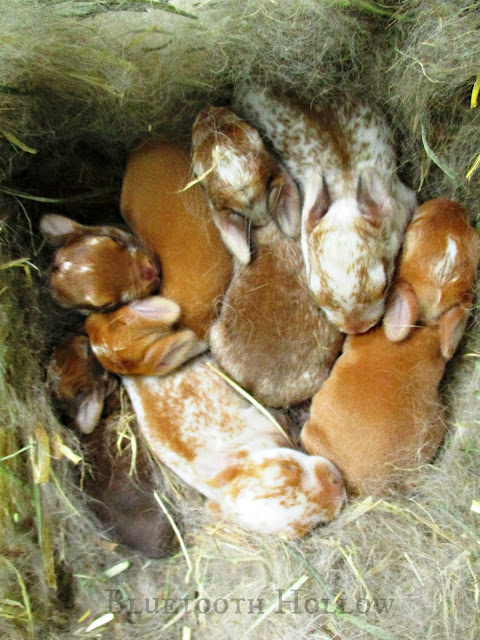 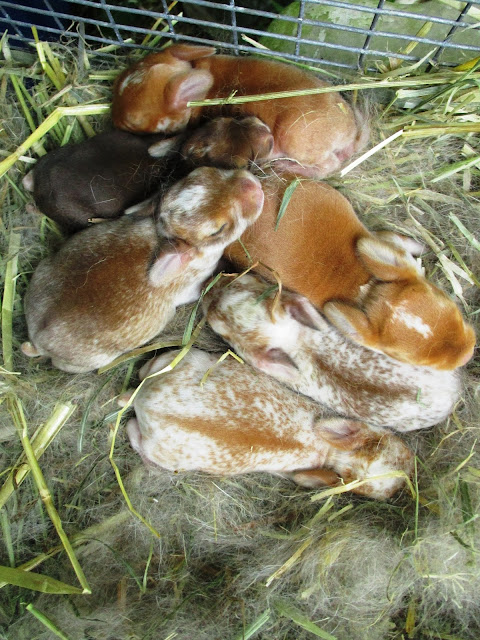 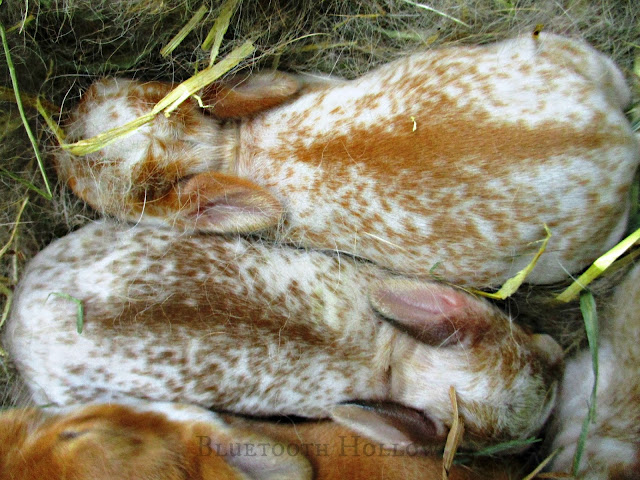 All in all things are going well at the rabbitry, and I'm excited to see what our next breeding season holds!