With no dairy animals to call our own, we settled for the next best thing and bought a herd share.

Every week we get a gallon of Jersey Cow milk and a half gallon of Alpine goat milk.

We tend to use up the cow milk faster, because we prefer the taste. I like goat's milk when it is super fresh, but it tends to take on that signature "tang" after a few days.


I usually like to make chevre with our weekly goat share, but just hadn't gotten around to it. Thus, we had accumulated nearly a gallon and a half of goat's milk!

So the other day, I finally made chevre, and the result (besides two pounds of creamy goat cheese) was nearly a gallon of whey. 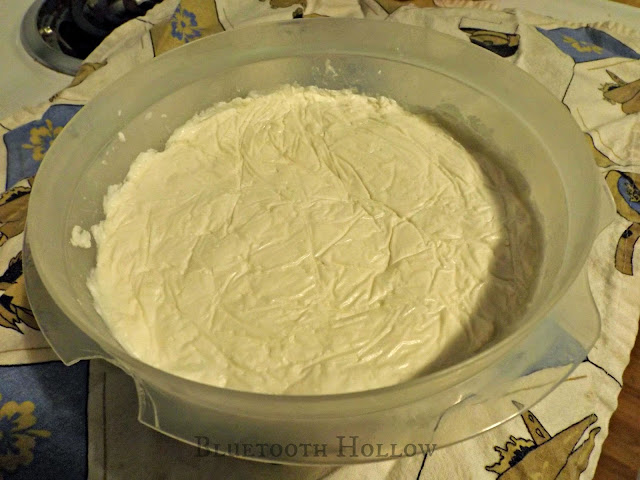 In case you aren't familiar with it, whey is the yellowish, watery bi-product that separates from the curds whenever you make cheese. 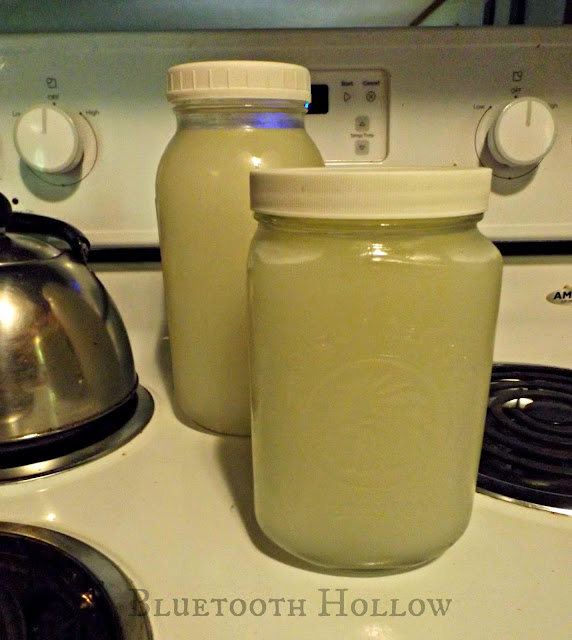 It has a LOT of great uses: cooking, plant food, animal food, etc; but one thing I've been DYING to try is gjetost.

No, my toddler didn't type that word. It's a Norwegian goat cheese that is basically just boiled down and caramelized whey solids.

Now, I don't write up too many kitchen DIY posts. It has nothing to do with the fact that I don't spend much time in there! In fact, I feel like I live in there most days, often cooking 3 meals a day and everything in-between. I may have cooking skillz,  but I don't have much in the way of cleaning skillz.

So yes, I confess - I almost NEVER have a clean kitchen. Not that I don't like having a clean kitchen, there is just too much else to do that I never seem to get around it it. So for each cooking project I basically shove the clutter out of the way and scrub down a spot on the counter.

All of that to say NOBODY wants to see DIY photos in a nasty kitchen.

So I pulled out all the stops for this one. I CLEANED! (Well.... at least enough so it wouldn't show up in pictures....)

SO! Without further ado, I give you my first kitchen tutorial..... GJETOST!

(There are plenty of Gjetost turtorials, like this one that probably do a better job of explaining the process than me, but this is my own personal experience with it.)

All you have to do is take your whey (in this case it was about a gallon), skim the cream off it and set aside (if there is any - there wasn't, in my case).

OH! By the way, you should only use whey from cultured cheese, NOT those made using vinegar or lemon juice. I made the chevre using a mesophilic culture.

Pour the whey into sauce pan and heat it to medium-low. 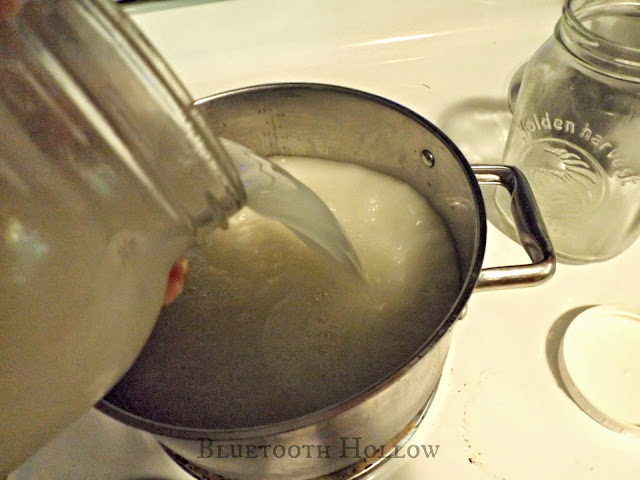 Now you need to bring it to a low simmer. 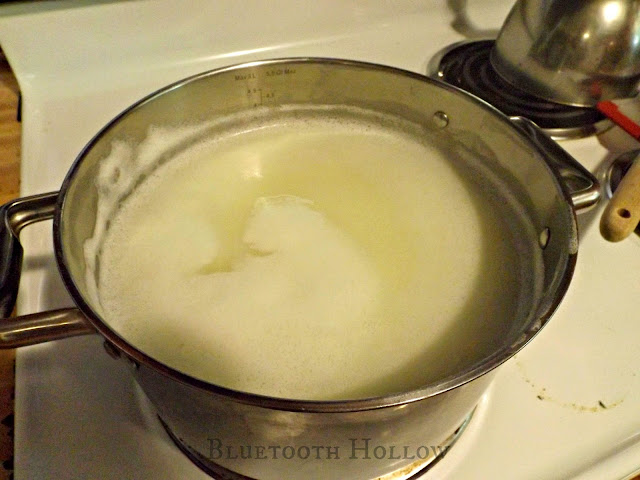 Check on it and give it a stir every once in awhile. 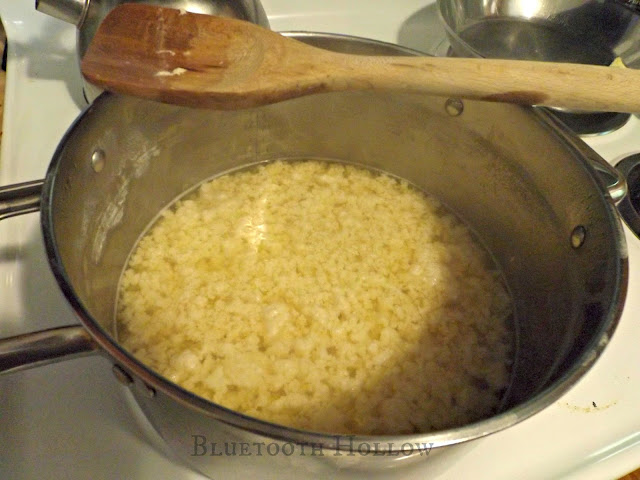 It takes several hours. I think my batch simmered for a total of 3-4 hours, when it was all said and done. (I'm sure a more exact amount of time would be helpful, so sorry. This is one of those things that just takes however long it takes.)

The lower it gets, stir more often to help prevent sticking.

Once you get to about this point... 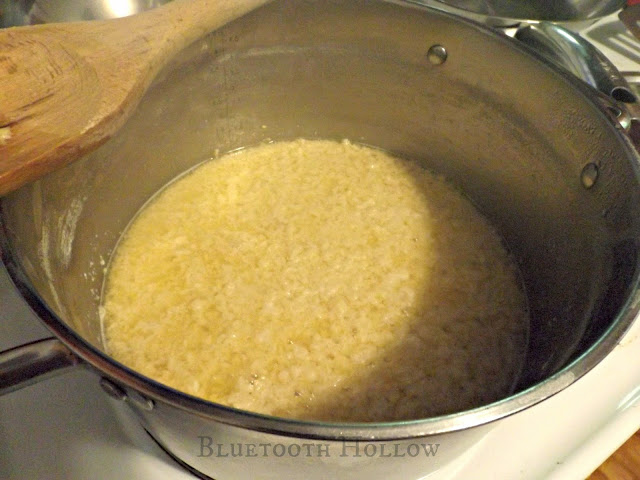 ... where most of the liquid has boiled off, stir in your reserved cream (or measure out 2-4 tablespoons of regular cream).

So now comes the fun part: you stir... 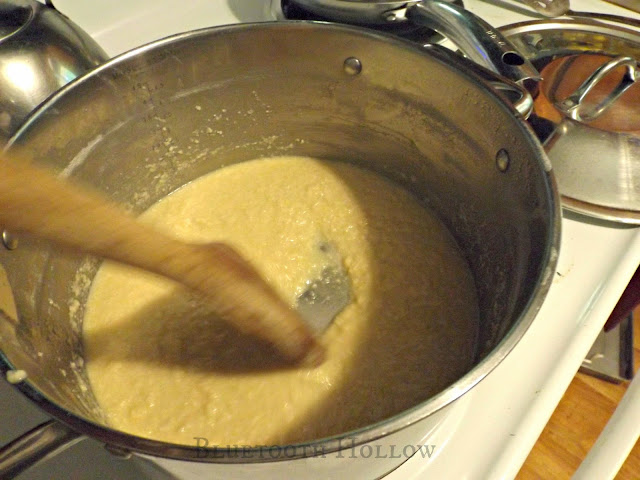 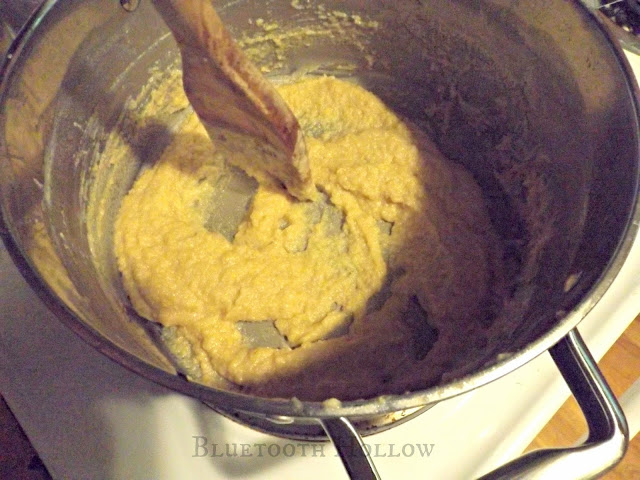 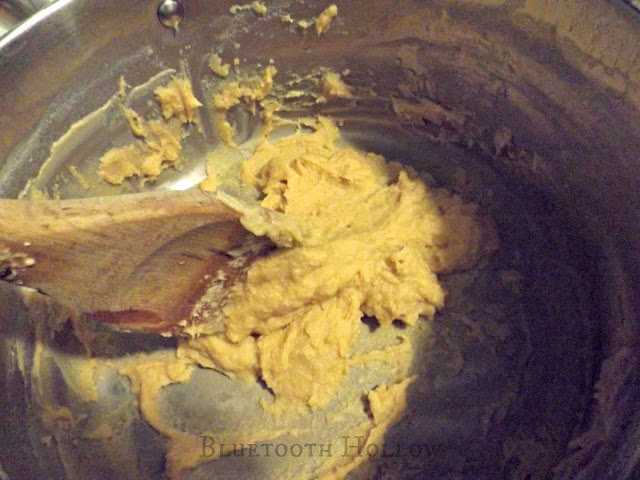 It probably could have stood to caramelize a bit more, but this guy was SO over it ... 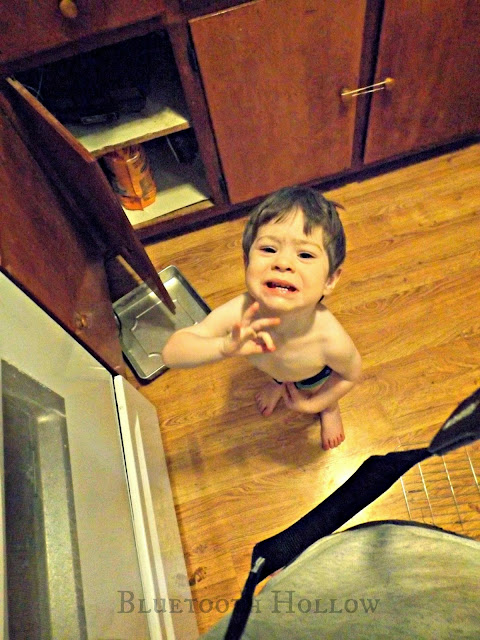 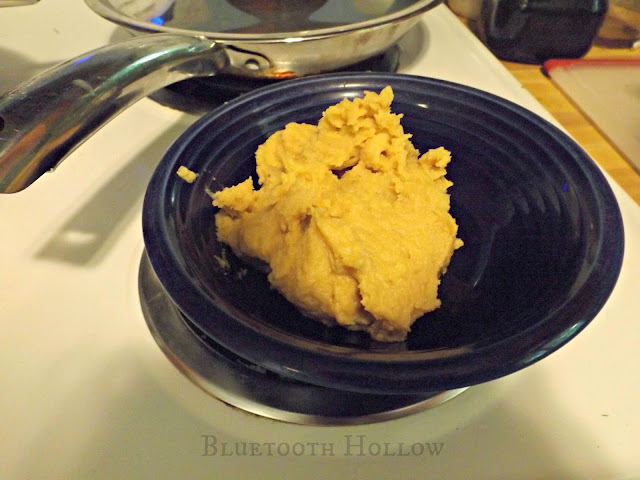 So how does it taste?

Strong is the first flavor that comes to mind. It is indeed cheddary, salty and faintly sweet. But it also has a bitter/sour undertone I'm not diggin' too much. However, I think it's just because the milk was older. (The batch of chevre the whey originated from was also quite strong, so it stands to reason.)

I tried it with some apple to help cut the overpowering flavor, but I'm still not 100% sold on it.

I may try making it again in the future with fresher milk, and see if that improves the flavor.

It was still a cool experience, and it's always valuable to find new ways to stretch your food sources!