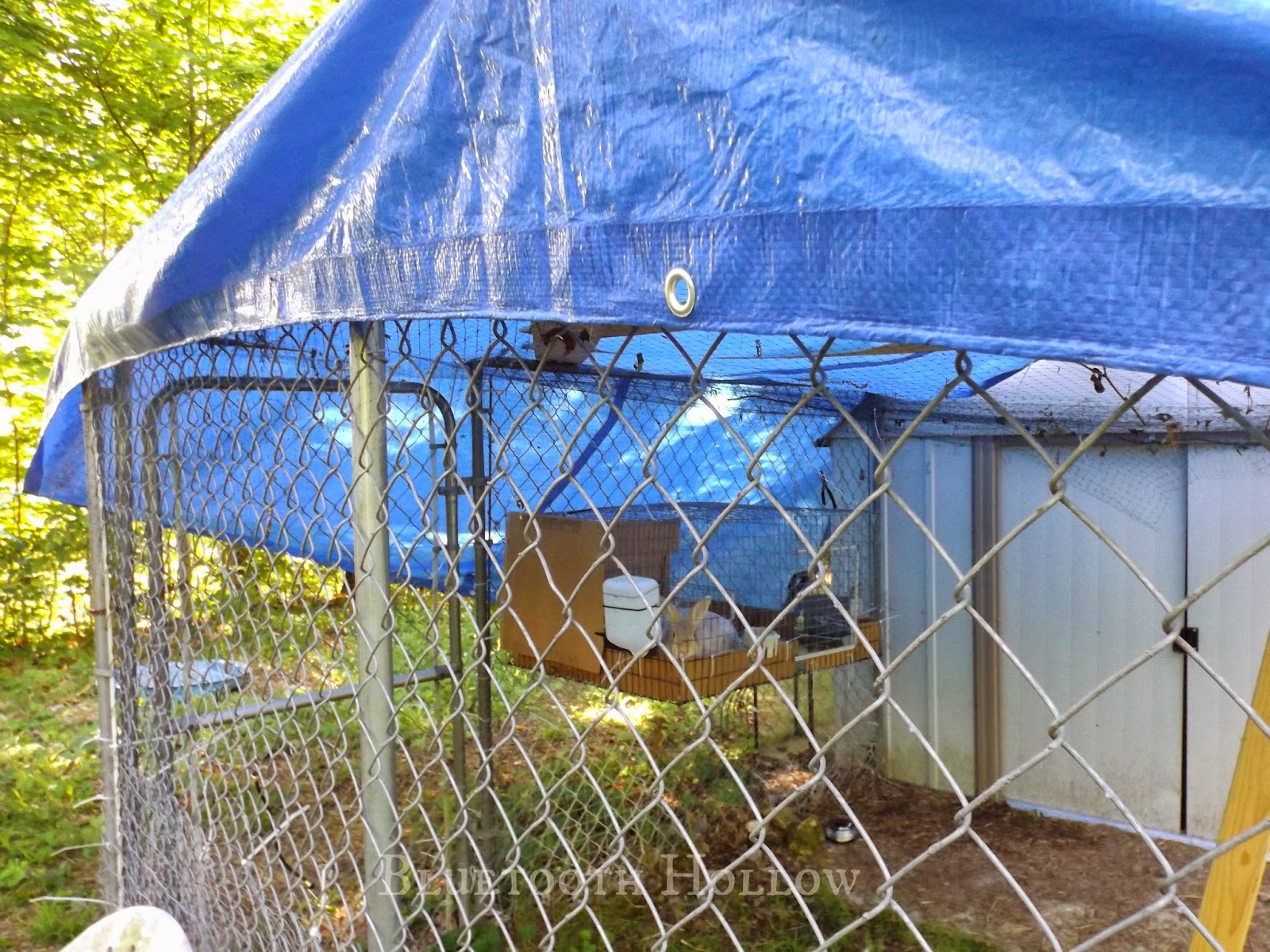 Wednesday morning Babette kindled 6 beautiful kits (on the wire, of course). They were cold but very much alive, so I warmed them and placed them in the nest box. They were getting fed and looked great, so I thought all was well. 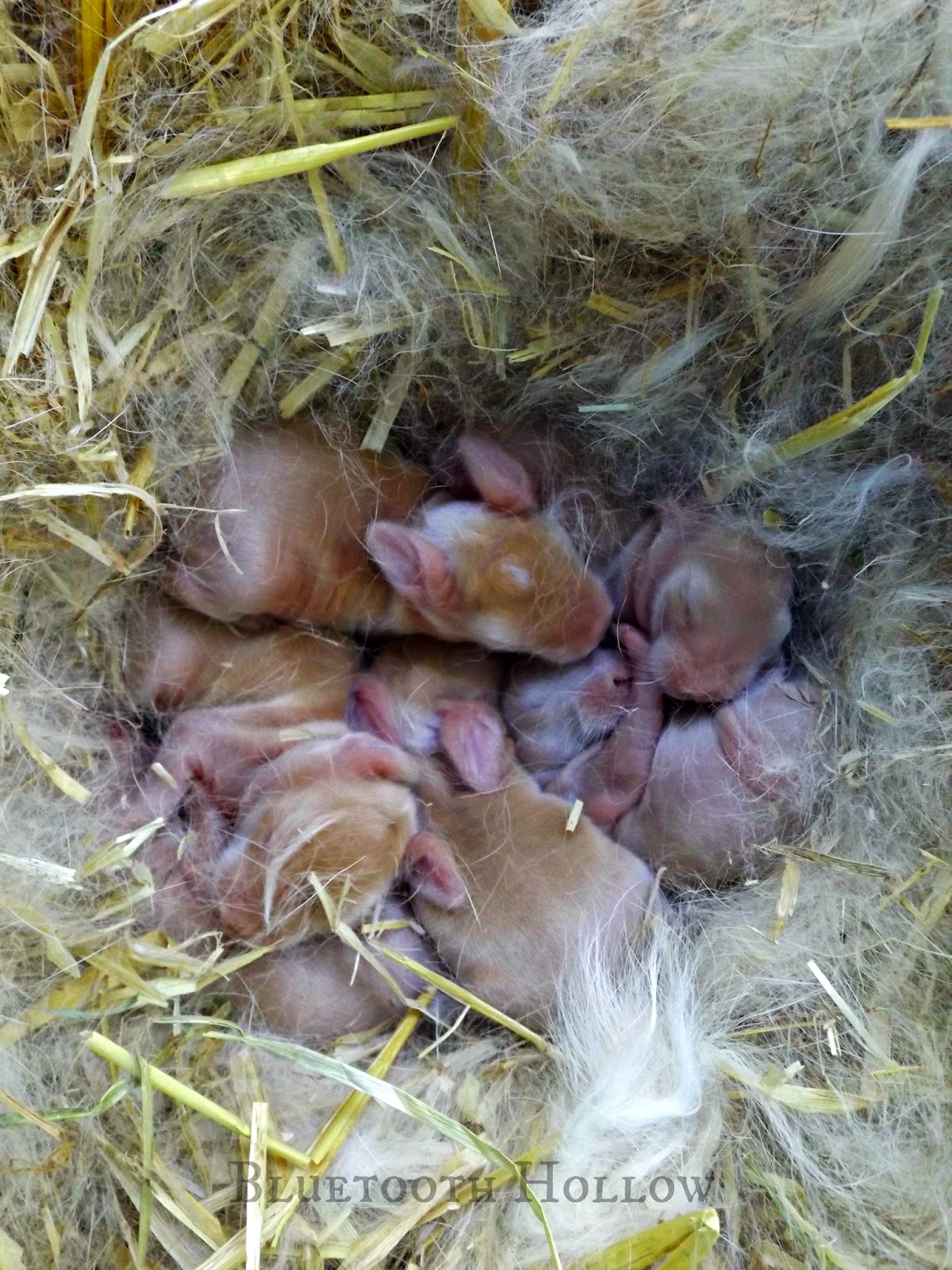 Yesterday morning however, I noticed her face and paws plastered with snot.

I panicked and set to work setting up a quarantine area. (Note: it's good to have a quarantine cage set up before you need it.)

The hubby was out of town, of course, so that made things especially difficult with a wayward toddler in tow. After a couple of hours I managed to get a cage and tarp set up on the opposite side of the yard and move her and her babies into it. 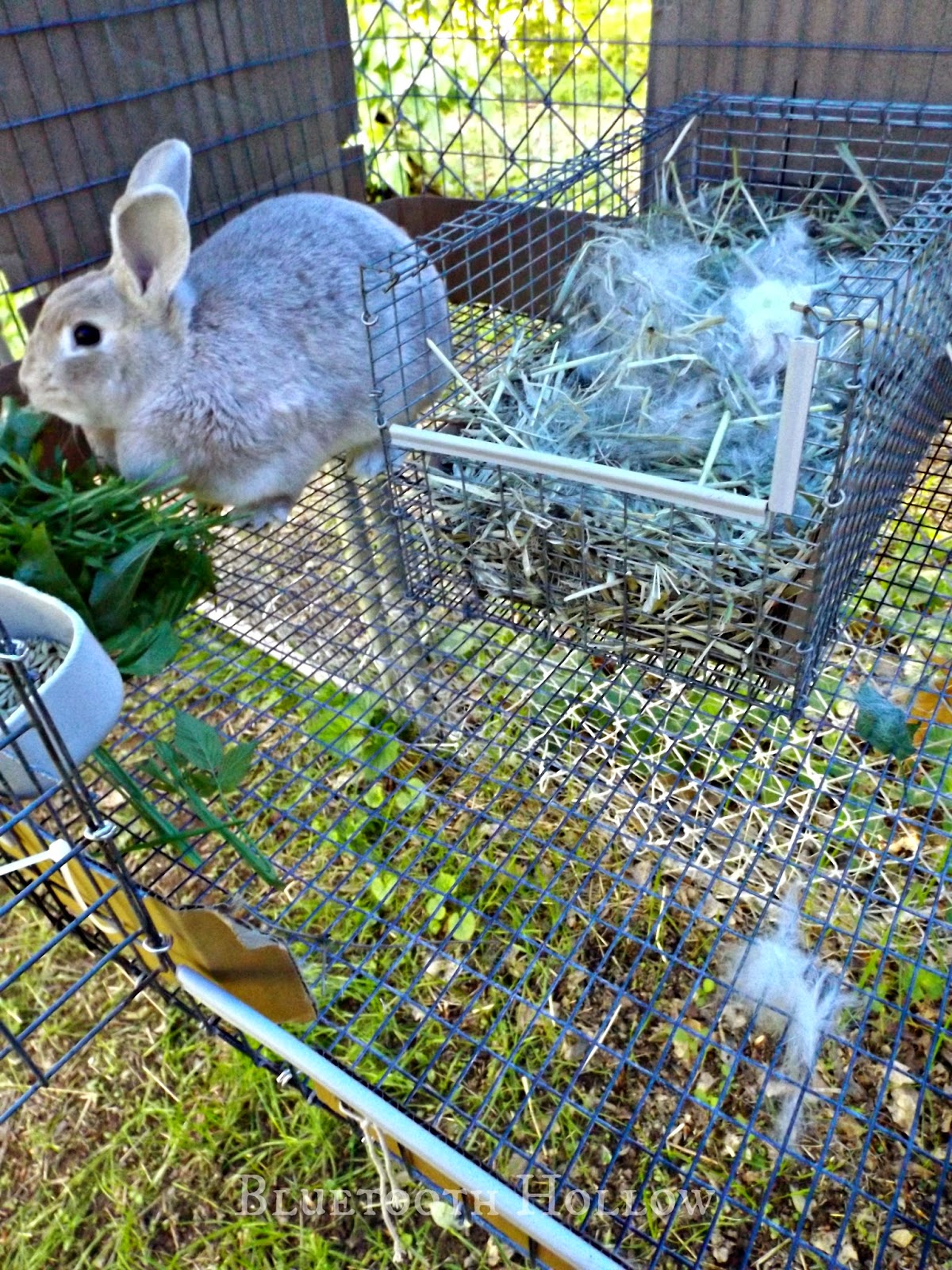 Interesting side note: she hadn't pulled very much fur for her initial nest, but temperatures have been pretty mild - day temps in the upper 60's and night temps in the upper 50's. Last night it dropped into the 40's, and this morning she had pulled more hair and piled it on her kits. Good little mama.

I'm not certain at this point whether or not it is truly Pasteurella, but the sheer volume of snot and the suddenness of its appearance tell my gut that it may be.

Either way, I will be keeping a close eye on everyone else in the rabbitry, especially since she was right next to Cardamom and her 7 kits.

So this is where we are: I'll allow Babette to raise her litter, and once they're weaned she will have to go into the crock pot. It breaks my heart. She is such a gorgeous little rabbit. But a gorgeous rabbit is useless if she is a sick one.

I haven't introduced any new stock since I acquired her last year, so if it is the big "P" she already had it and the stress of kindling brought it out of hiding.

Worst case scenario, I lose all my rabbits.

Best case scenario, none of her kits take ill and most of those kits are nice, healthy does that can carry on the breed.

I'm trying not to have expectations either way, so we will just have to wait and see.

It's very nerve-wracking, however; especially after dealing with Pasteurella once before. Ironically it was my original foundation doe that came down with it shortly after I acquired her.

It may just be that I am done with this line of rabbits. I can either take a healthy doe from Acer's last litter and back cross her to Cremes, or go about finding new stock.

The latter isn't really a viable option right now, as that would involve another long trip with a toddler. Besides, I really don't think it wise to go out and get new rabbits right now, at least not until after we are settled in to our new place.

For now I 'll just work with what I have, and hopefully the worst case scenario doesn't play out. 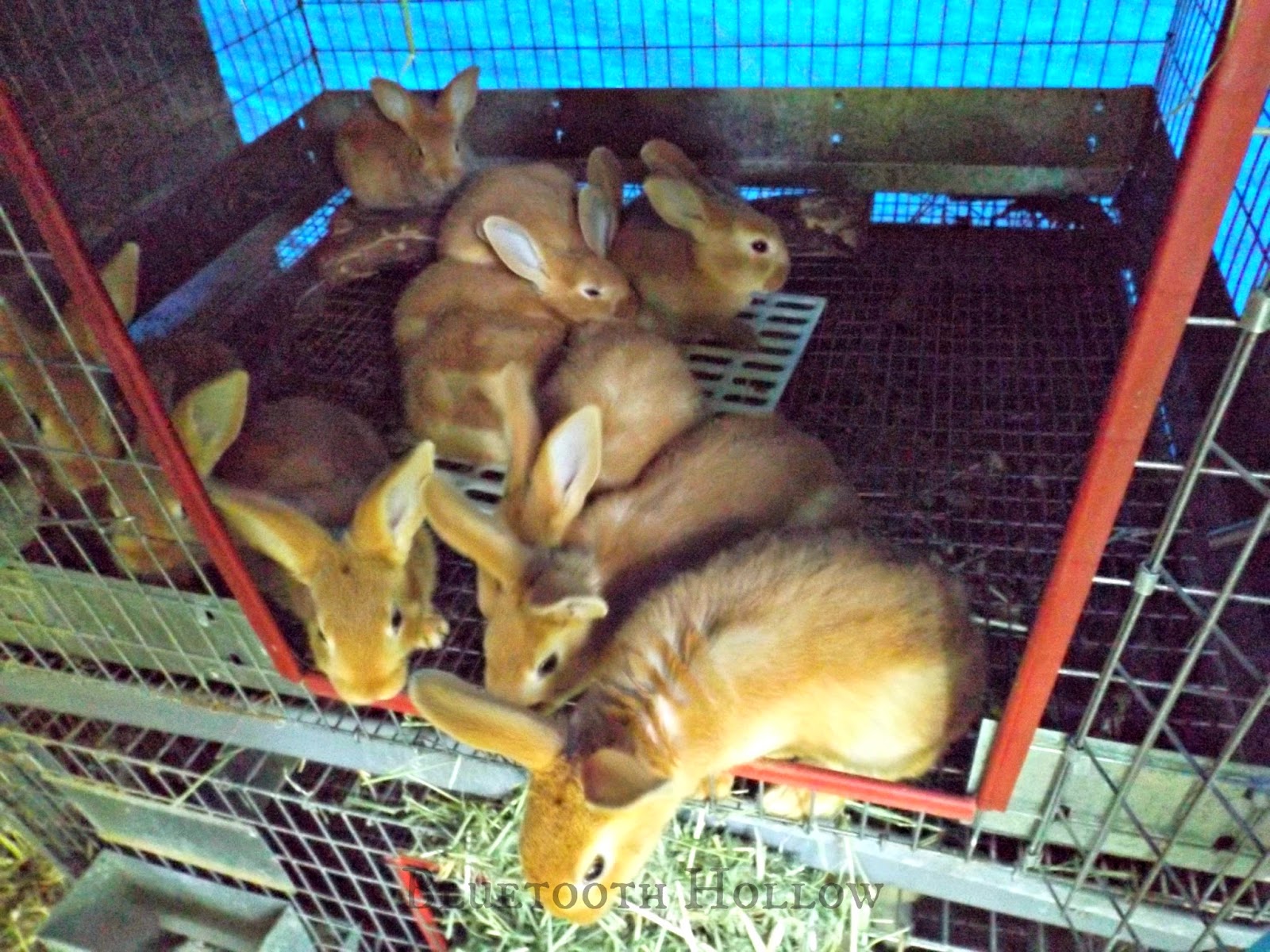