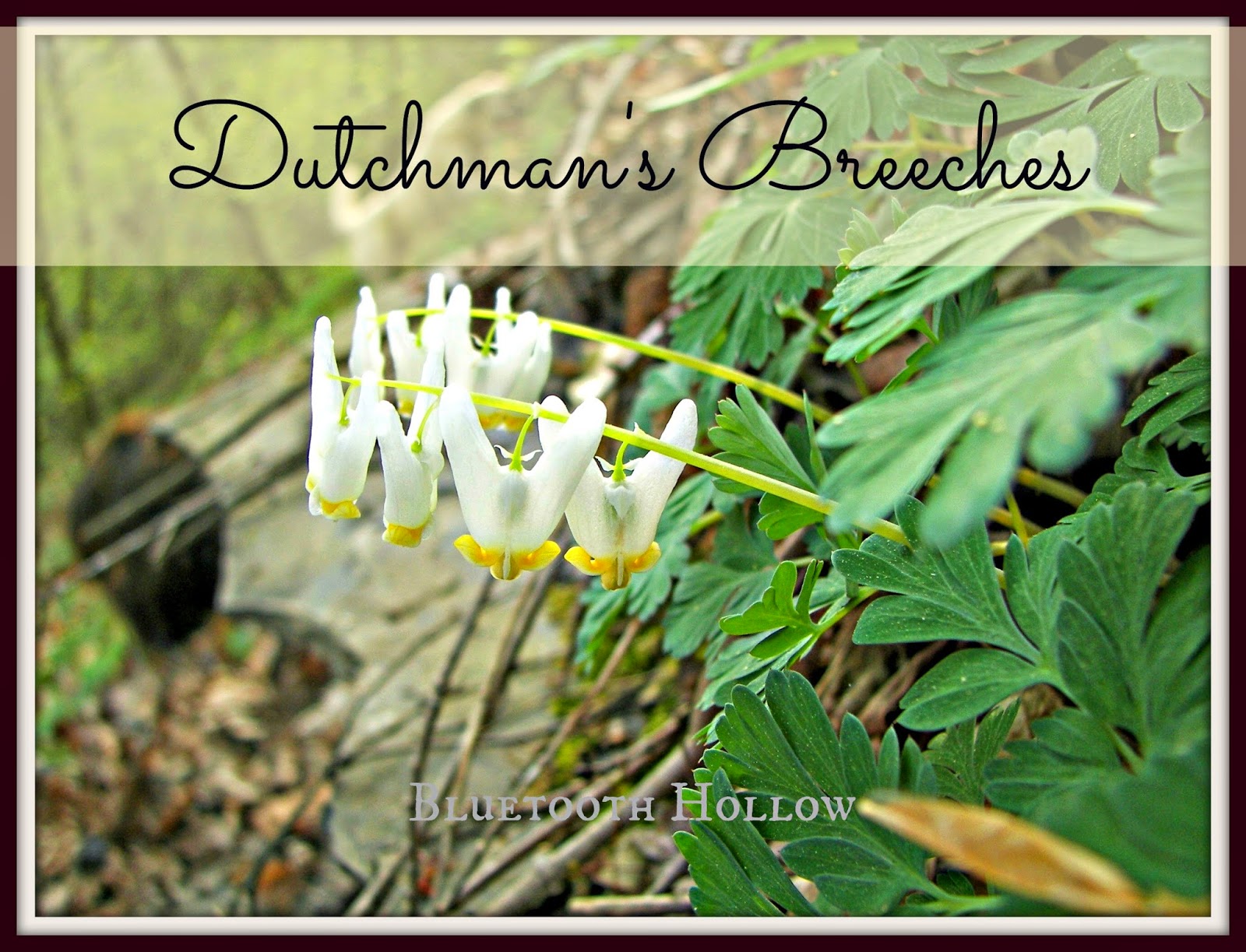 There is perhaps no other wildflower in the Southeast with such a whimsically appropriate name.

So appropriate in fact, that it hardly needs an explanation.

For these flowers do indeed look like puffy Dutchman's pants hanging to dry on an arching clothesline. 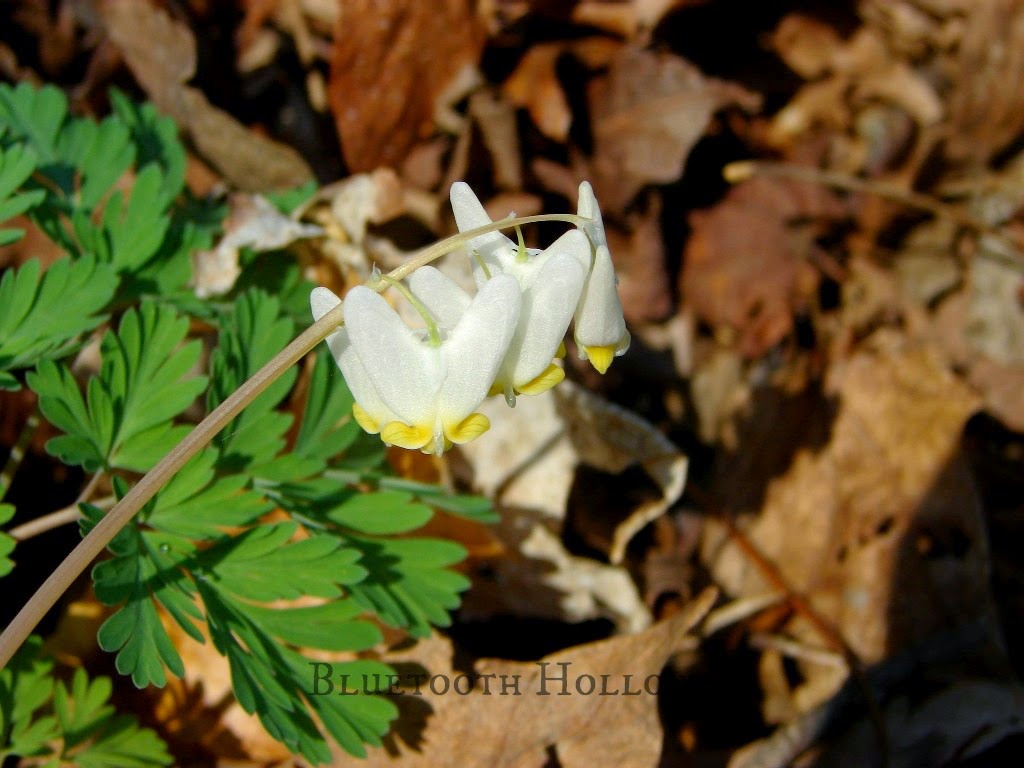 In fact, if you hold the flower upside-down, it sort of looks like an entire Dutchman!

The spurred blooms and lacy compound leaves make it an easy wildflower to identify.

These plants are usually poking through the soil by late March. 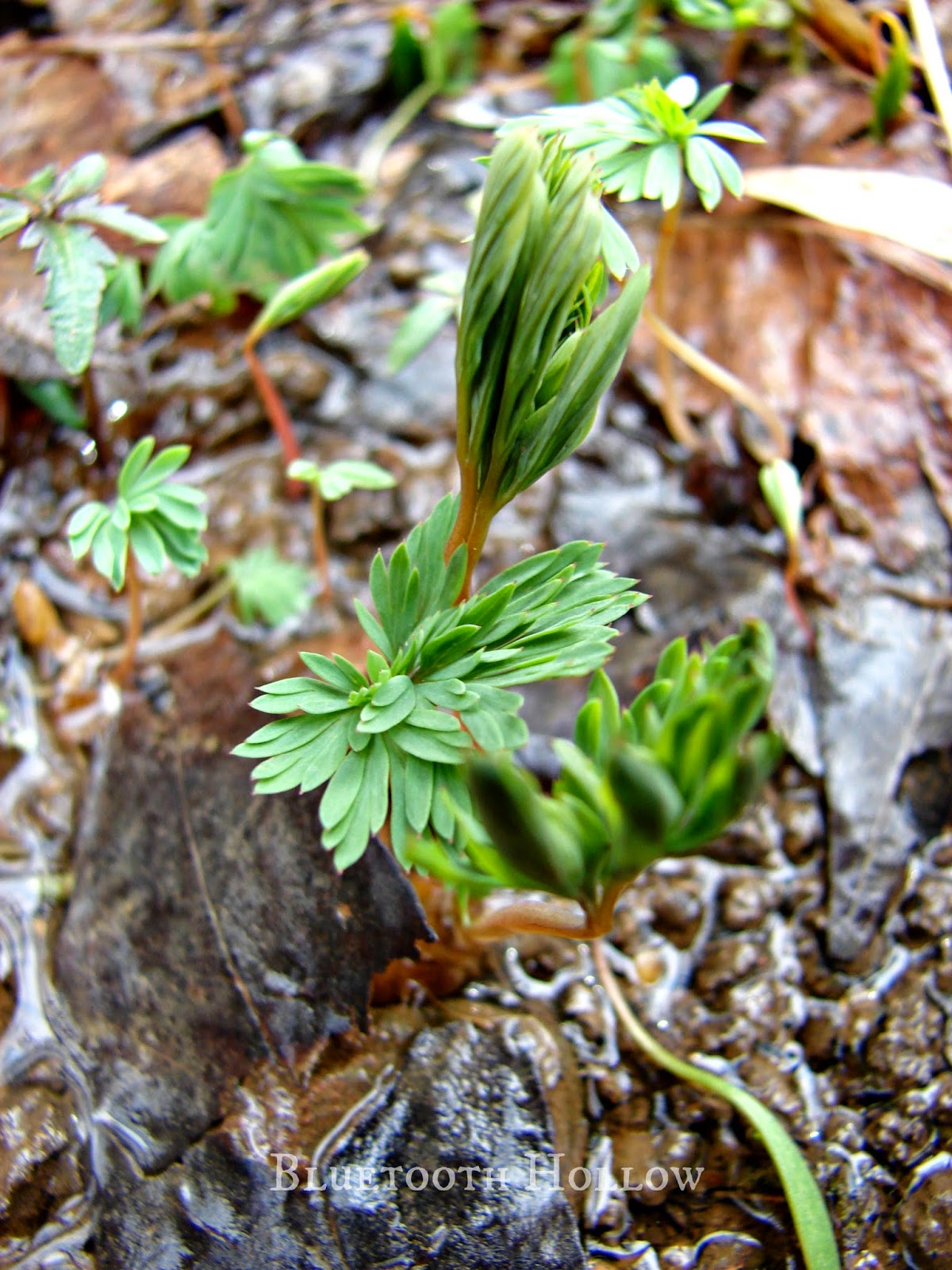 Their little flowers are already developing by the time the feathery foliage spreads its lacy fingers. 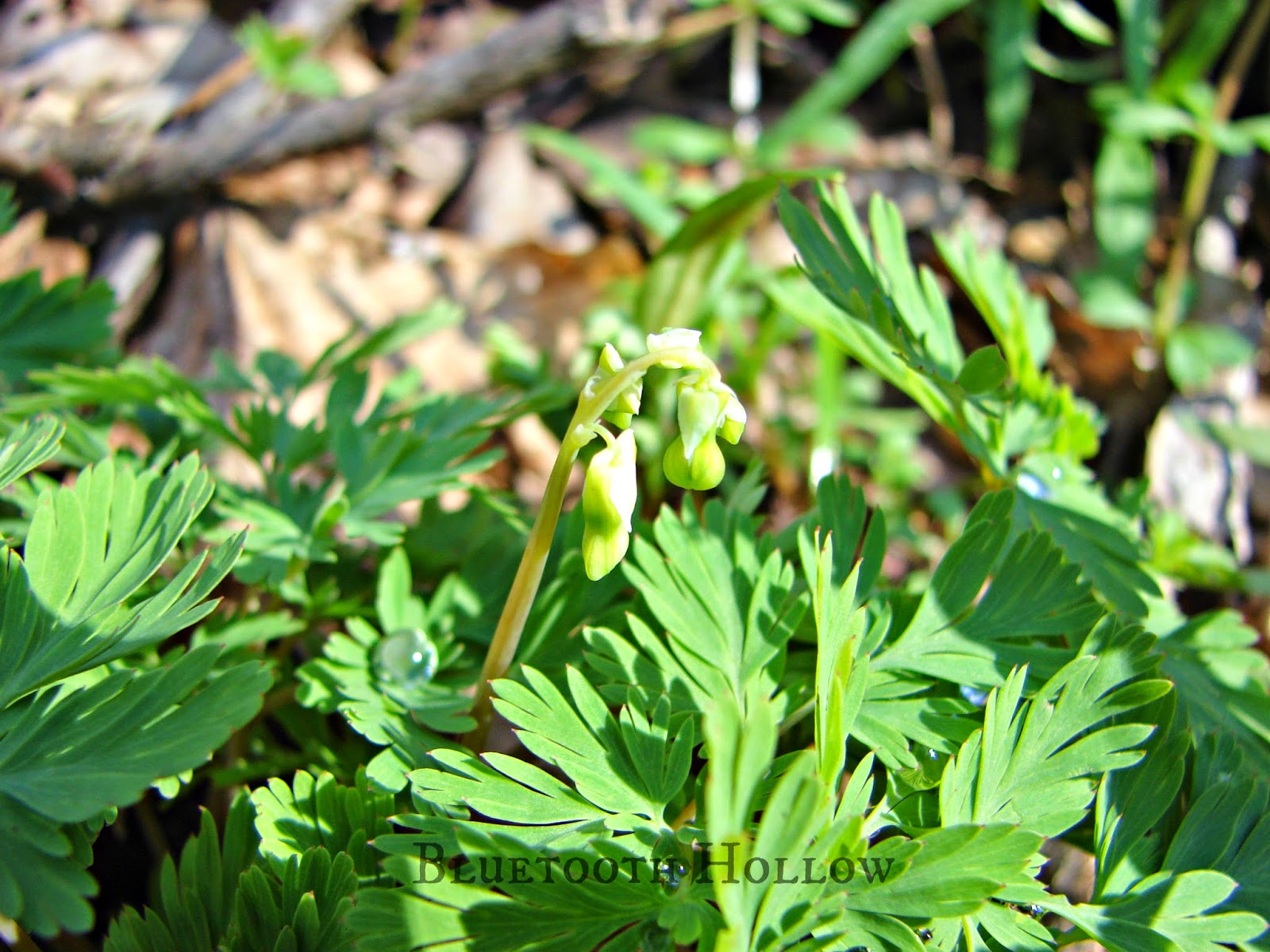 They can form extensive colonies in rich woodland habitats across the eastern two-thirds of the country and in the Pacific Northwest.

Dutchman's Breeches is a member of the bleeding heart family.

Bleeding Heart (Dicentra eximia) is an often cultivated plant that hails from the Appalachians. Its name is also very descriptive of its appearance.

This floral family also contains one other similar plant, whose range and blooming time happen to overlap Dutchman's Breeches, sometimes leading to some confusion. 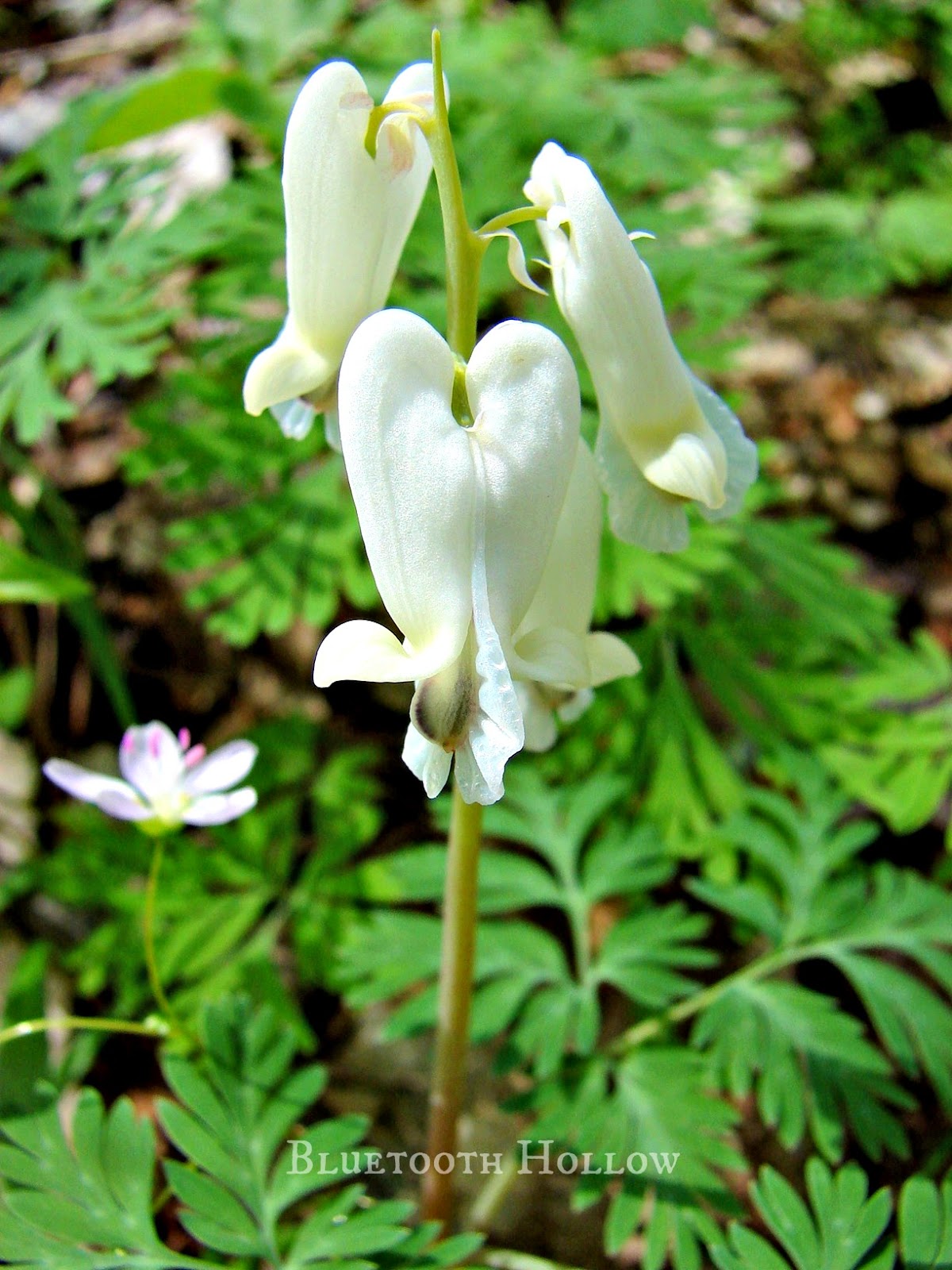 This is Squirrel Corn (Dicentra canadensis), and although at first glance it looks very much like Dutchman's Breeches, there are some differences.

For one, its flower stalk has an upright growth habit, unlike the arching stem of its counterpart.

The blooms are also different; the spurs are rounded, whereas in Dutchman's Breeches they are sharply pointed. 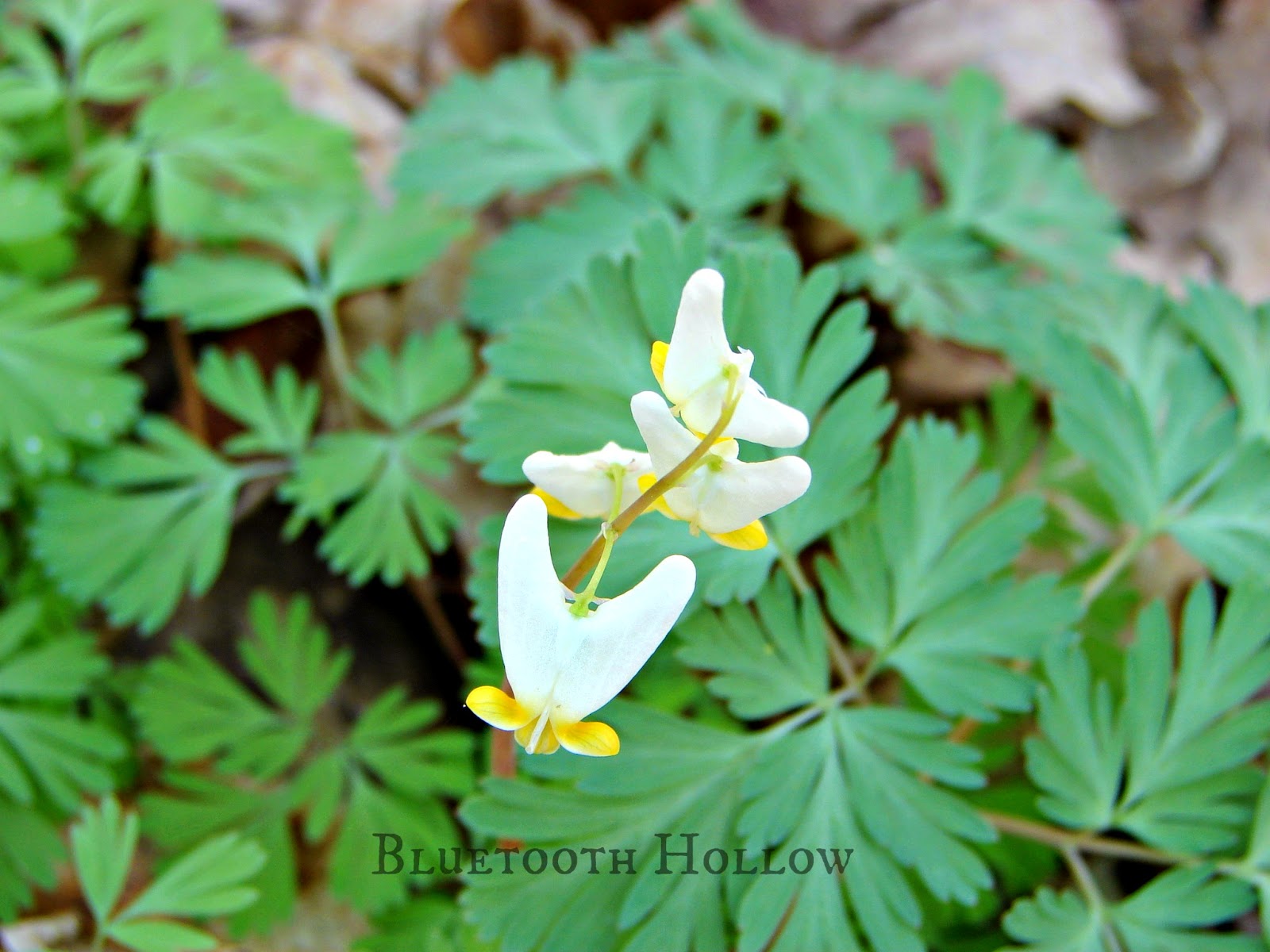 There is also a subtle difference in their foliage. 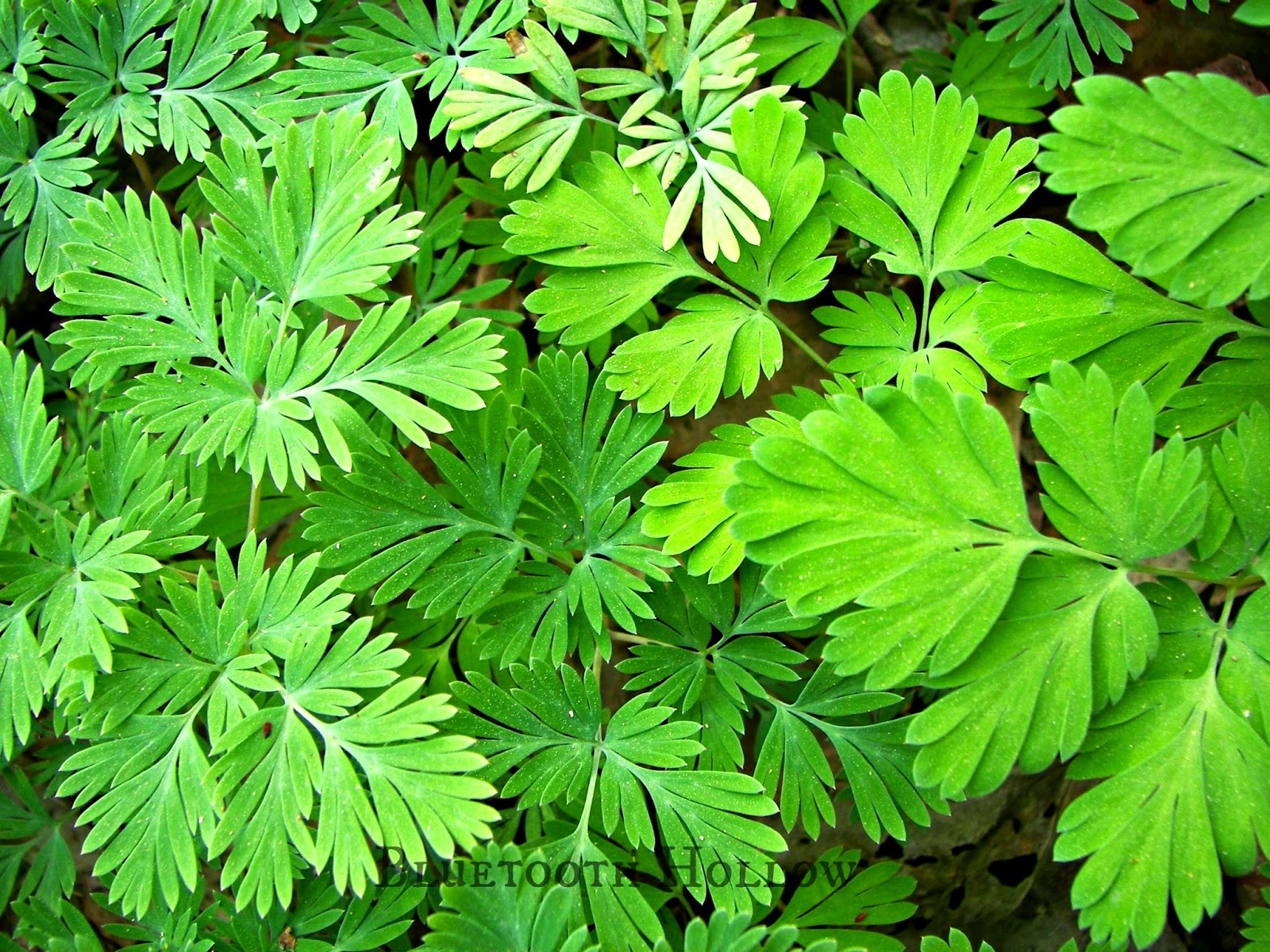 Both are soft, feathery and deeply lobed, but the lobes are wider in Dutchman's Breeches (pictured right) than Squirrel Corn (pictured left).

And lastly, a sniff can help you determine who is who: Squirrel Corn is mildly fragrant, and Dutchman's Breeches are not.


The Latin name for Dutchman's Breeches is Dicentra cucullaria.

Dicentra is Greek for "twice-spurred," in reference of course to its unique flowers. Cucullaria is Latin for "hood-like."

All members of the Bleeding Heart family not only share similar physical characteristics, they also have the distinction of being quite toxic.

For this reason, they should never be consumed.

However, these same toxins have provided humans with medicine since Native American times.


The roots were dried and brewed into a tea for use as a diuretic and diaphoretic.

There is an alkaloid present in the plant that actually suppresses the central nervous system, so it was used to treat paralysis and tremors.

A poultice from the leaves was used to treat skin ailments.

To the Cherokee Indians, Dutchman's Breeches was considered a love charm. The men would nibble on the roots believing that it would make their breath lure in women, even against their will.


The flowers remain for a couple of weeks before fading away and transforming into dangling seed pods. 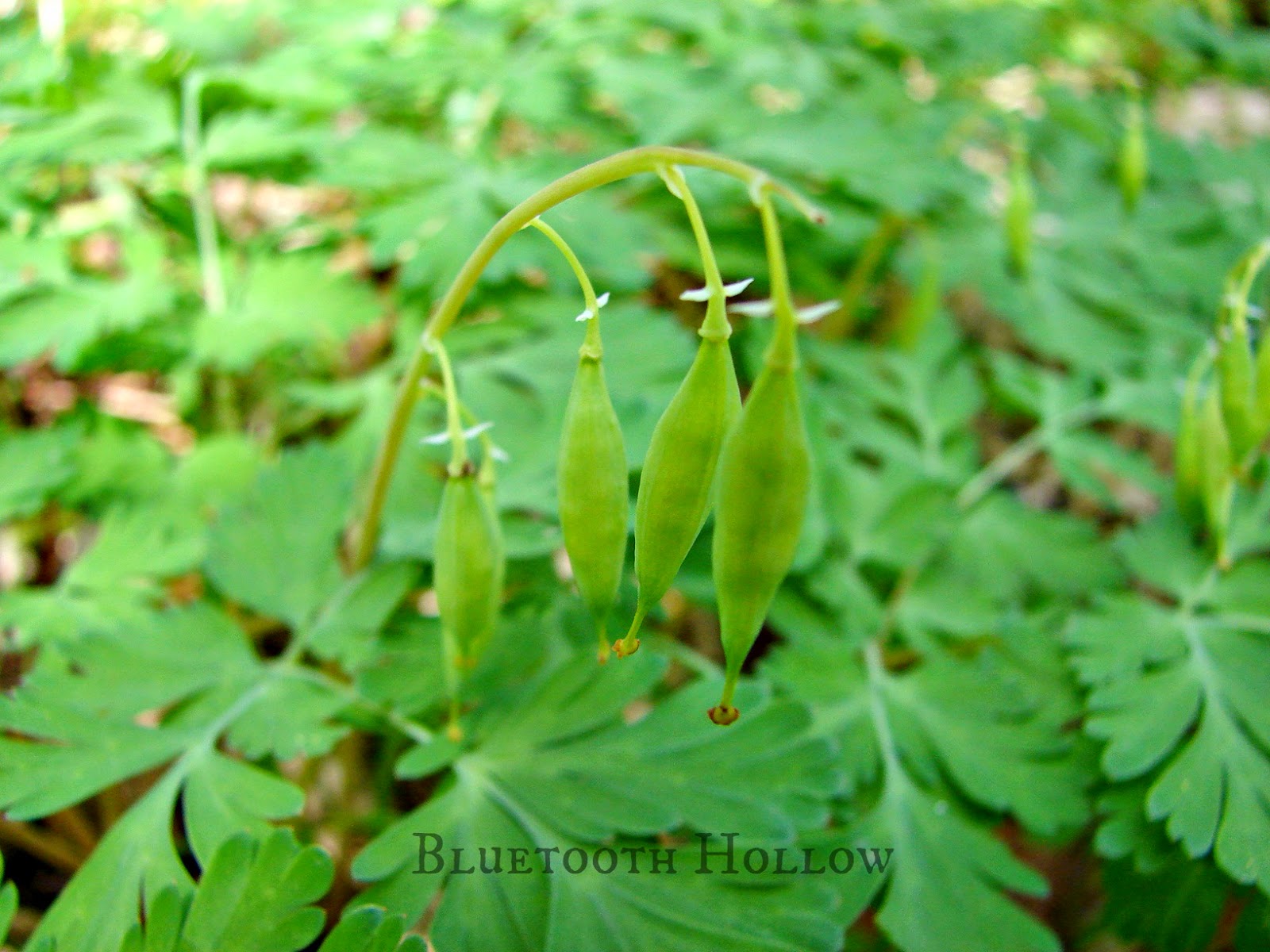 Like many wildflowers we have discussed previously, Dutchman's Breeches are dispersed via myrmecochory - by ants. Attached to each seed is fleshy structure known as an elaiosome, which is high in delicious fats. The ants transport the seed, feed on the elaiosome, and discard the seed.

The unusual Dutchman's Breeches is one of many wildflowers that captures our imagination.

Find a patch near you so you can admire them more closely - they are sure to bring a smile to your face! 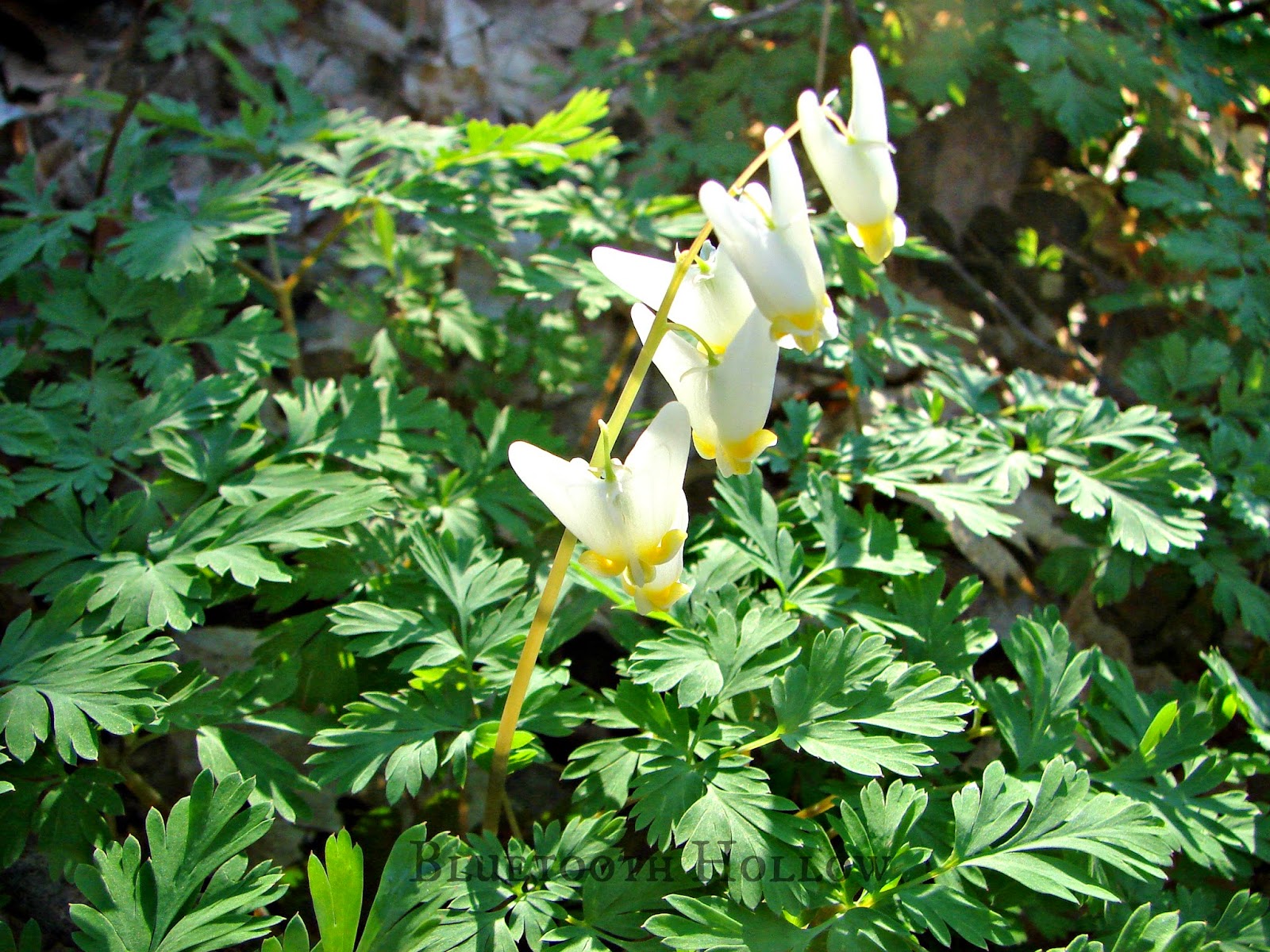 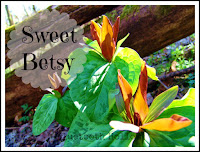 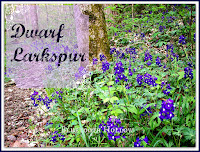 Wildflowers of Tennessee, the Ohio Valley and the Southern Appalachians - Dennis Horn and Tavia Cathcart