I couldn't really come up with anything too specific to blog about, so this will just be a general update.

Both litters are two weeks old and looking good. 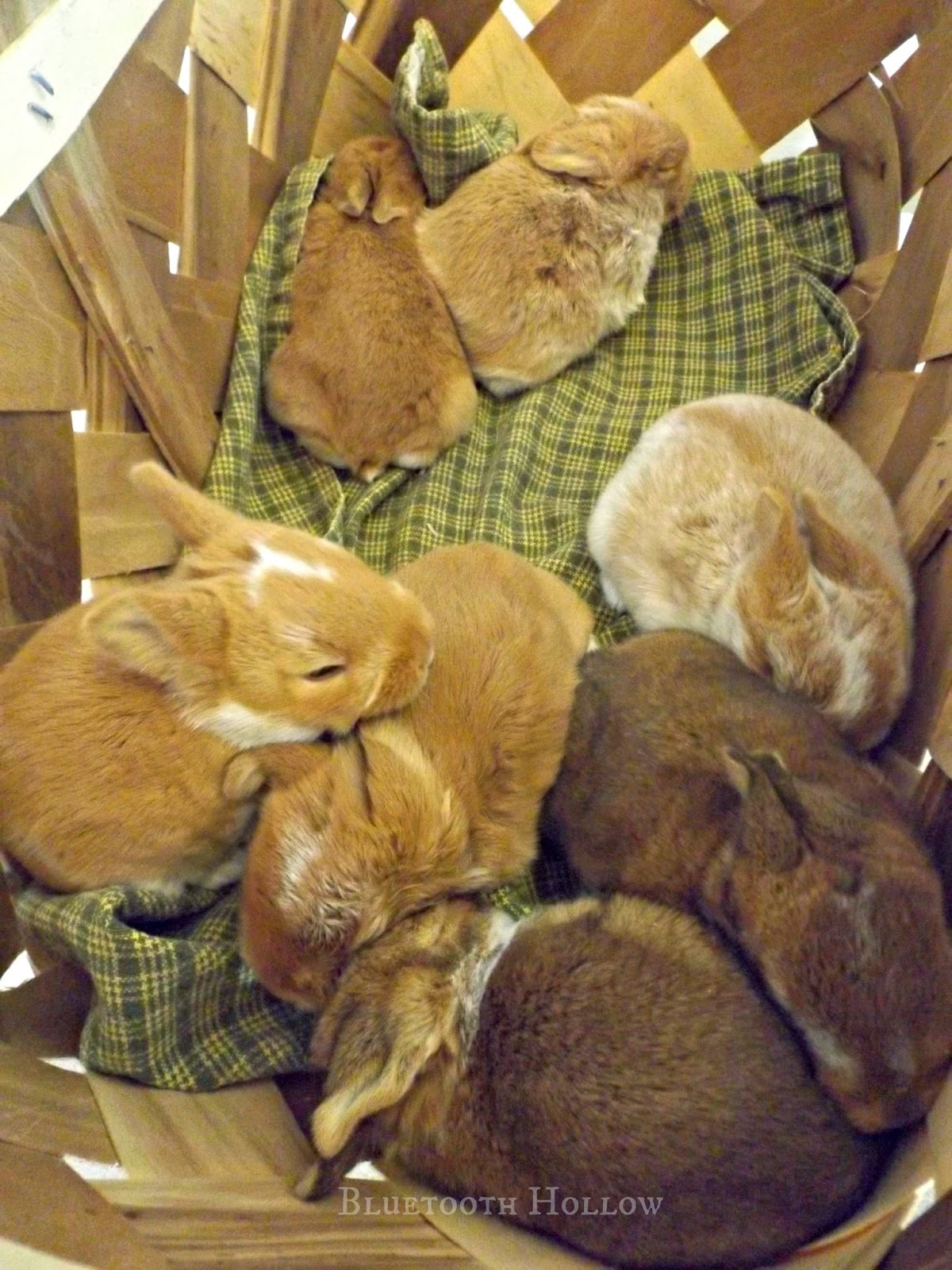 They did NOT want to show their faces today. 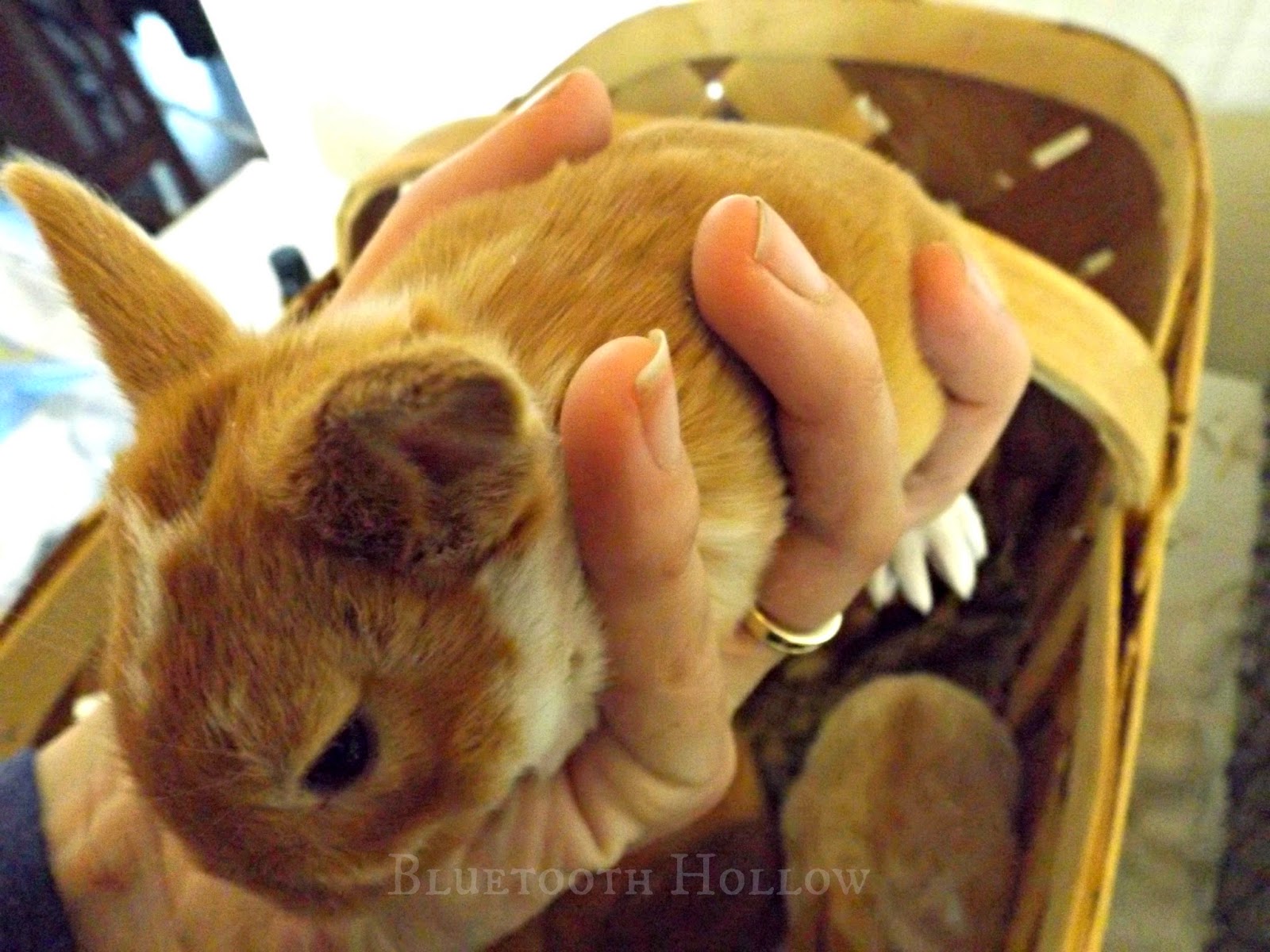 One of Cardamom's broken reds. 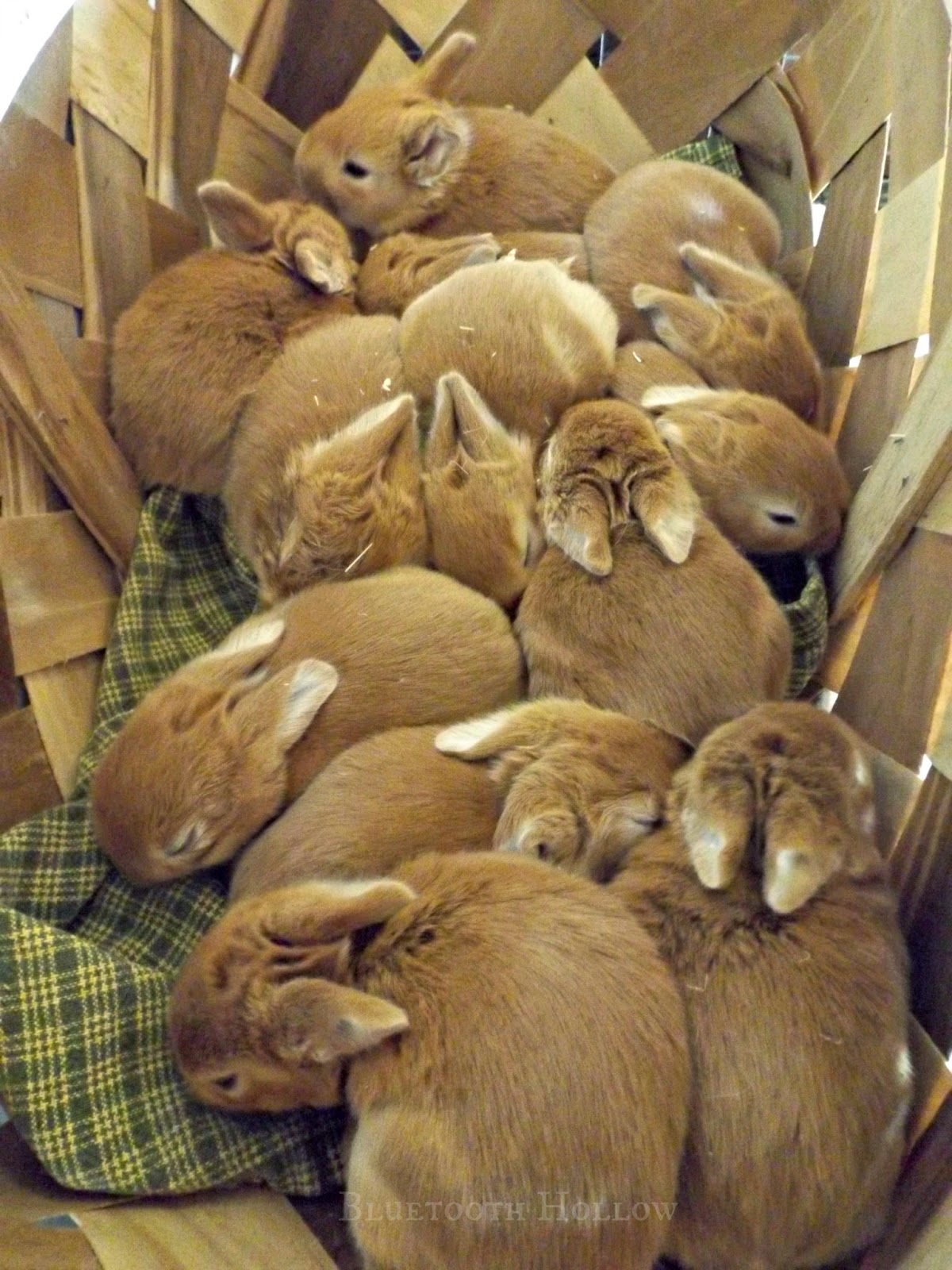 There is a definite size difference between the two litters, despite Acer's being one day older, but that probably has more to do with litter size than anything else. I'll have a better growth rate comparison once everyone is weaned.

I looked them over really well today and only a handful had partially sealed lids, and just one had full blown nest box eye.

I'm wondering if the pine shavings I've been lining the bottom of the boxes with are too dusty. They don't look dusty when I put them in there, but after a few days I notice a lot of fine material in the bottom. That could be contributing to their eye issues.

Otherwise, everyone is fat and sassy, so I'm happy.

The one thing I am not happy about is Acer.

She has been my best all-around brood doe, despite her small size. Her color is great and she feeds her young abundantly.

Unfortunately, she has been sneezing this past week.

Sneezing to any rabbit raiser sets us on edge, especially if we've already dealt with Pasteurella once before.

I honestly don't think it's the big "P" this time (it's clear mucus), but there is snot and she is having sneezing fits. I'm sure this was brought on by the stress of raising so many babies, even though the kits are thriving well. I had already decided that this would be her last litter for the season, but now I'm thinking this will be her last litter ever. 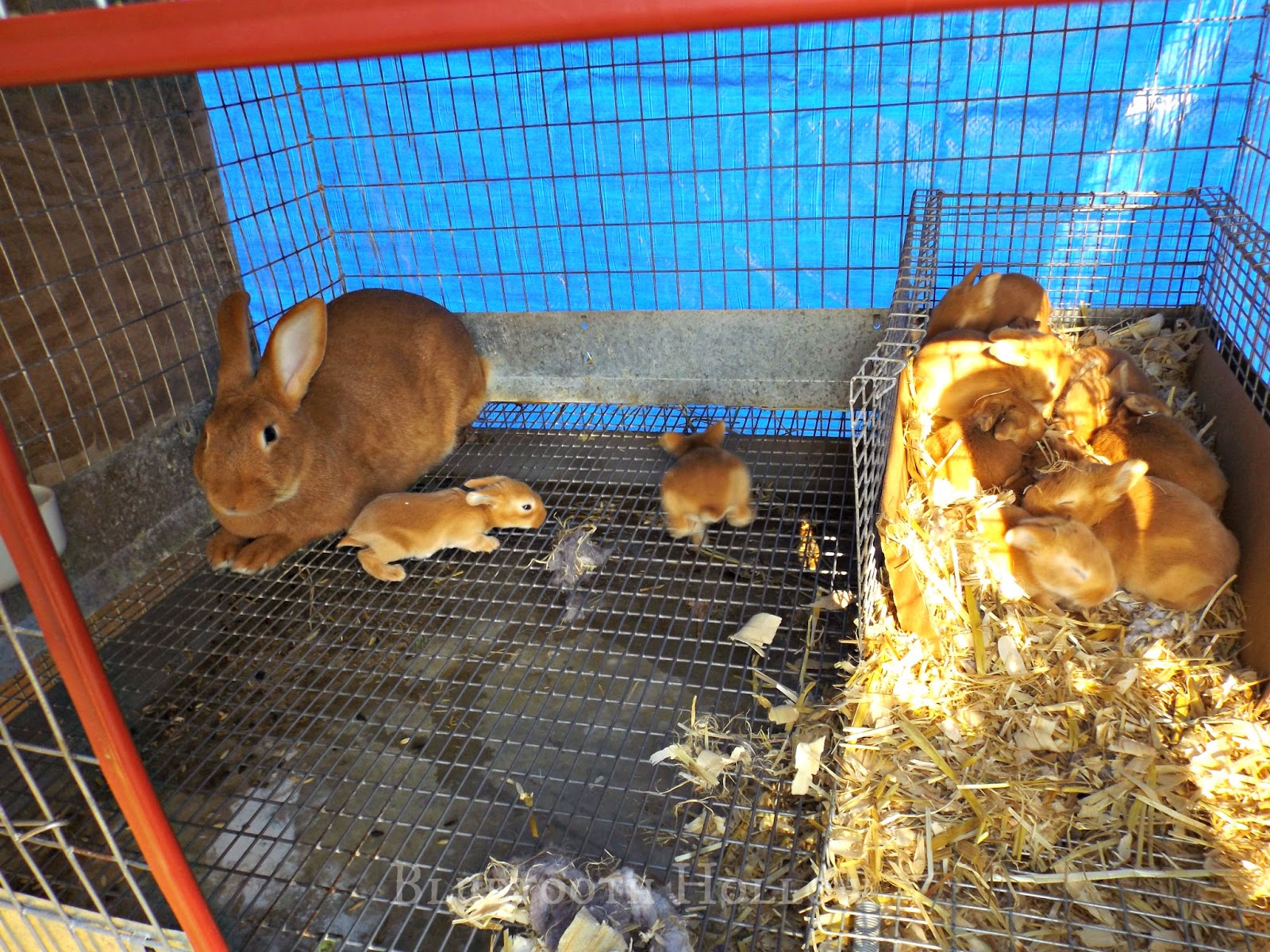 It's only when the weather is warm. For instance, yesterday it was warm and humid, and she was sneezing like crazy. Today it turned cool, and no sneezing.

Even if it is just allergies brought on by feeding 12 kits and drastic temperature swings, it means her immune system isn't up to snuff, and if I'm going to stick to my guns regarding genetic integrity in my herd, she must go.

So yeah, it's a bummer. I'll wait until her babies are weaned and then do the deed.

So where does that leave me? Should I retain a baby from her litter so I can have some solid red genetics for New Zealand line? Do I eliminate her progeny altogether? Do I look around for replacement stock?

It especially sucks because all of a sudden I have several interested buyers for my rabbits. I even have a waiting list for Cardamom's litter, as a lot of people are interested in the New Zealands.

So that's where we are with the rabbits.

Another thing that's got us bummed is our dog, Lucy. 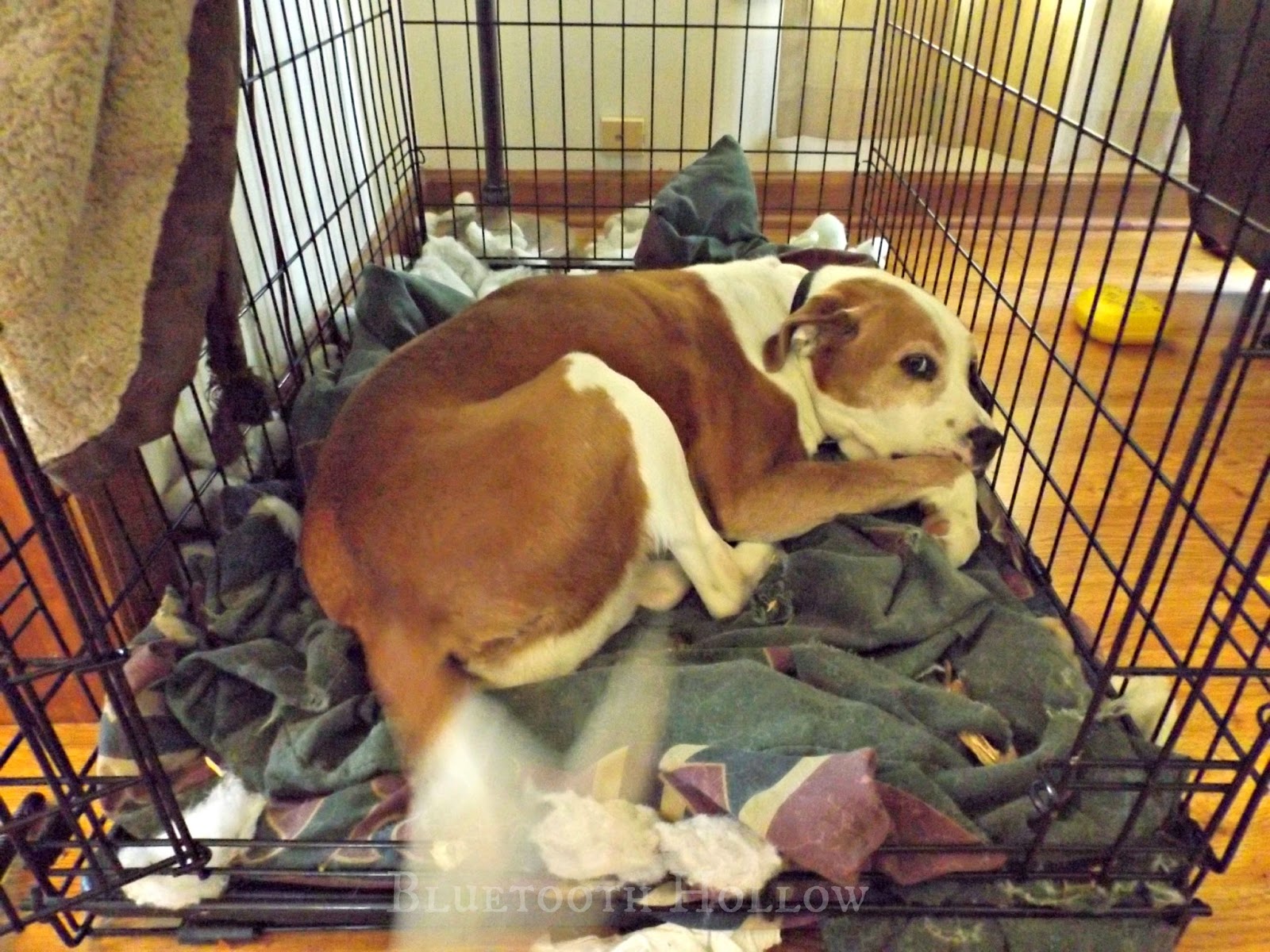 She's been a little off for the last year or so, with weight loss and a waning appetite.

The last couple of weeks she developed a hacking cough, and then refused to eat altogether. Mark took her in yesterday and it was diagnosed as Kennel Cough, and she was prescribed a routine round of antibiotics. I wasn't satisfied with the diagnosis, as I've dealt with Kennel Cough before and it is highly contagious. We have 3 other dogs who are unaffected, so I really don't think that's the problem. I think there is something else systemic going on with her, and the cough is just a secondary infection. But even if we paid for blood work and she was found to have a high white blood cell count, what then? We just aren't the kind of people to shell out thousands of dollars for terminally ill dogs.

We'll see how she responds to antibiotics, but I'm not too optimistic. Once you've had animals for awhile, you can see it in their eyes. There just isn't much life there.


Despite all of that, we are enjoying Spring!

Neotropical migrants are finally beginning to arrive, and there have been a lot of migrating waterfowl, so birding is really picking up. We even saw our first hummingbirds visiting the feeder yesterday!

We don't have a good camera for photographing birds right now, so any pictures we get are usually just to help us ID.

Everything is really starting to green out, and I'm able to gather an overflowing basket of salad for the rabbits every day. 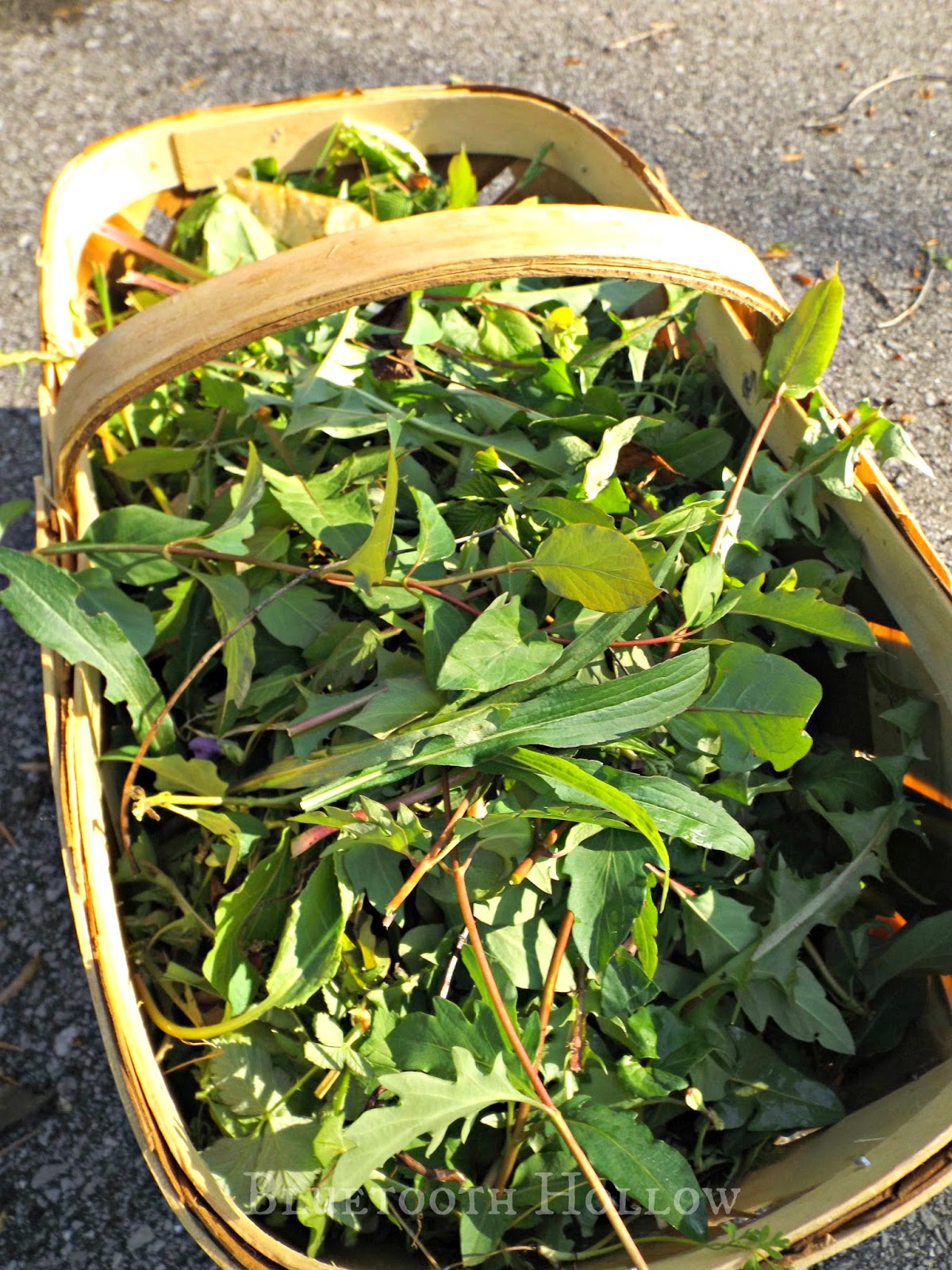 
I hope you are enjoying your Easter weekend! Mark has to work, so we don't really have anything special planned other than having dinner with the fam on Sunday. 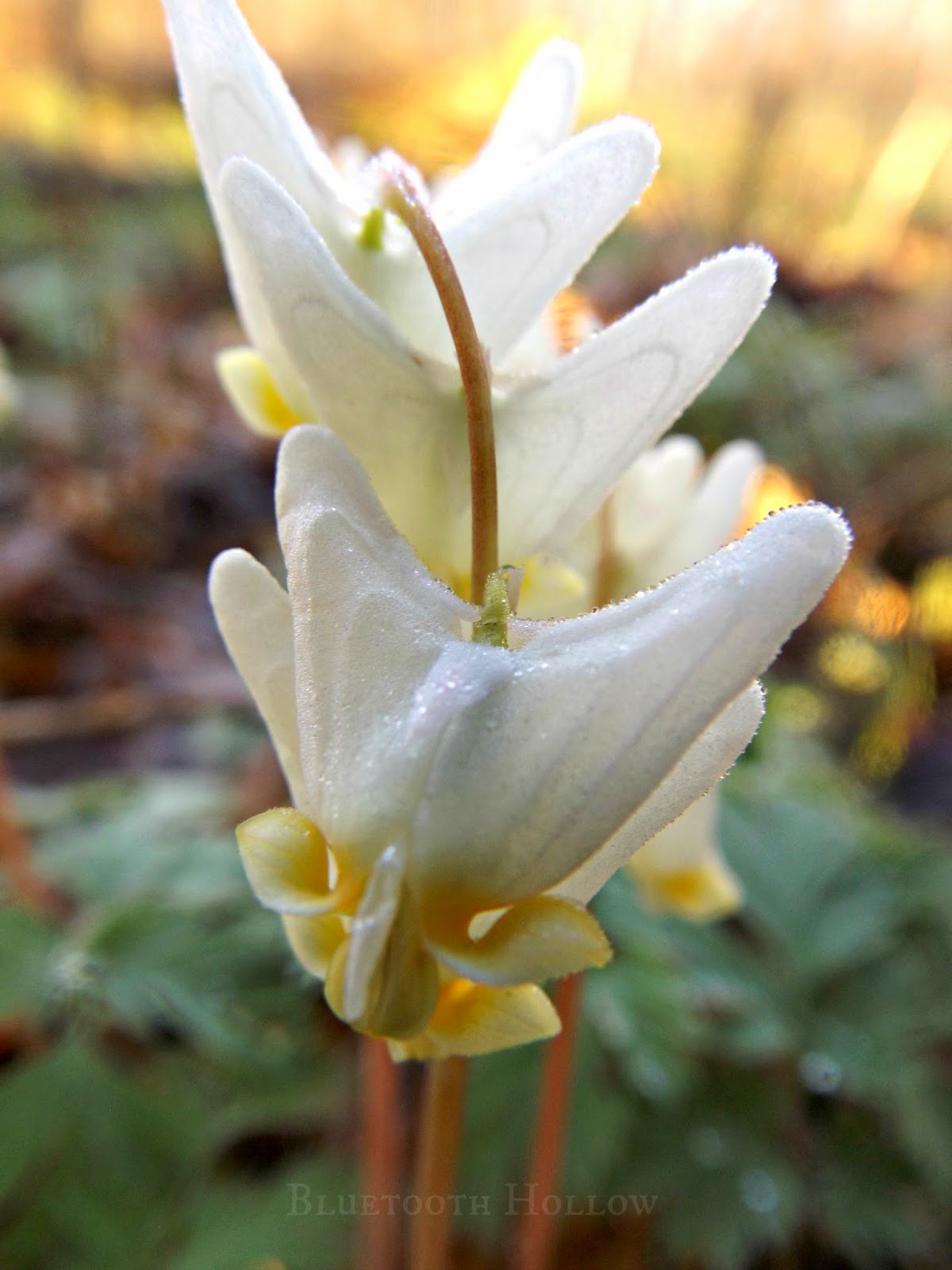