So here's where we stand:

Yesterday afternoon, Acer finally kindled. I swear, these rabbits have got to hear me talking about them. She HAD to have heard me say I was going to replace her with one of Cardamom's babies if she had another small litter.

Well, she showed me: 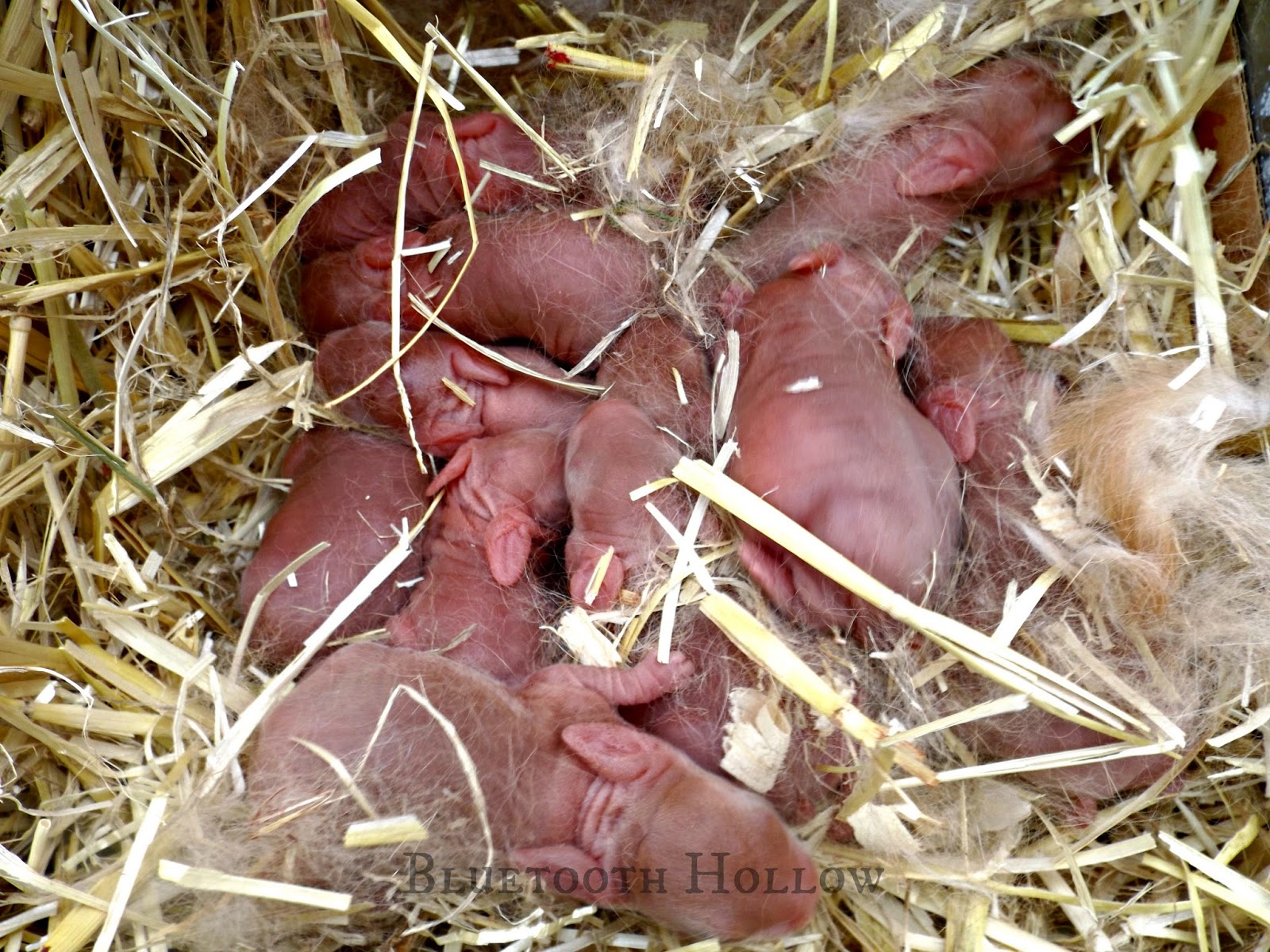 What's so funny is I checked on her so often yesterday, since I was outside with Ian so much. When she managed to pop out 13 kits without me seeing her do it is a bit of a mystery.

So when I did spot her wiggling mound of fur, they had to have been no more than an hour old.

About half of the litter had already been fed, and there were 4 or 5 that looked a tad runty. But then I noticed this anomaly: 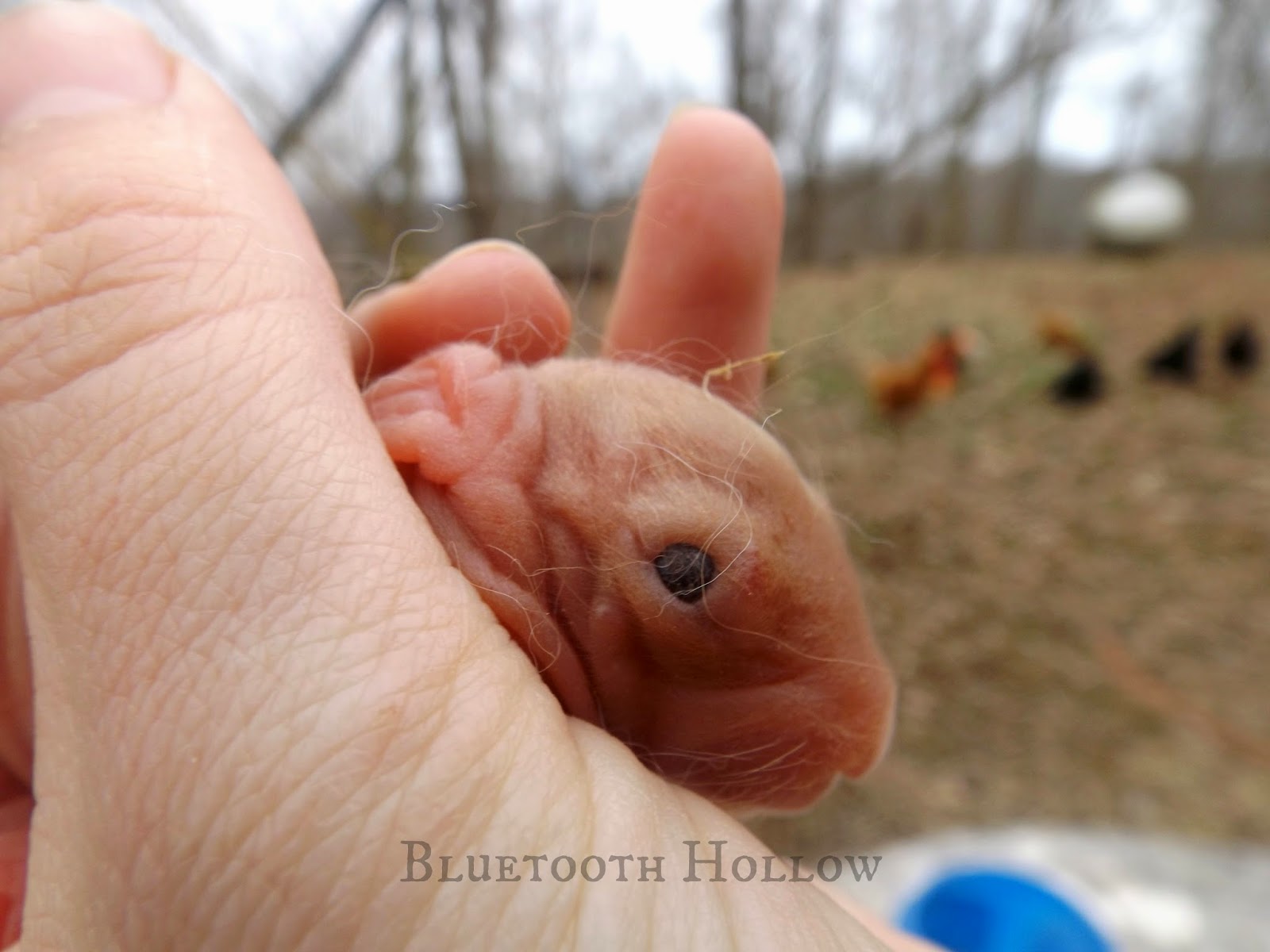 Freaky, huh? Obviously something went wrong, here. Other than being small, he seems alright. I'll keep an eye on him (ew, pun not intended). I can't imagine he will survive without a massive eye infection, so I may end up putting him down. We'll see.

In the meantime, I decided to split the litter. As of this morning, 9 out of the 13 had fat bellies, so Acer is really doing pretty well. But I went ahead and separated them to give the tinier guys a chance to catch up.

So, WAY TO GO, ACER! You've successfully proven your point. :)

Yesterday evening I noticed a fair amount of blood under Cardamom's cage. She didn't seem distressed, so I left her to her own devices. I began to wonder if she was having some labor trouble.

This morning I saw her mound of fluff, and all looked well.

She had 9 live and two dead - one of which was really stretched out, so it looks like she did indeed have one stuck. 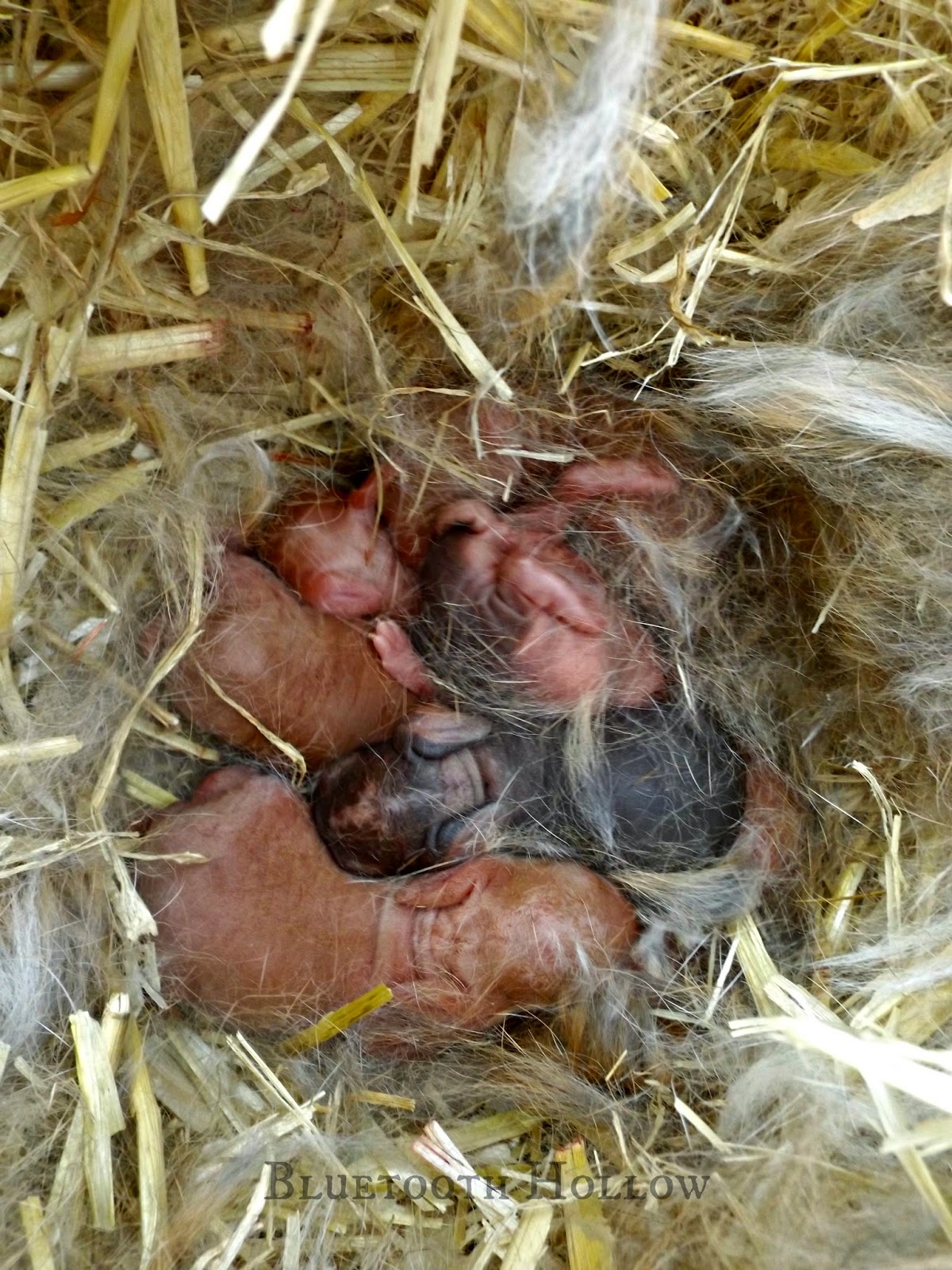 This litter was sired by Ichigo, the broken red New Zealand. Since they are pure NZ, I'll be curious to see how their growth rates compare to the other litters.

Babette hasn't really shown any signs of nesting, yet. She's been scooting her nest box all over the cage and I haven't seen her enter it once, so I'm pretty sure she will end up having them on the floor. I went ahead and spread straw everywhere just in case. We'll see how she does!

So our current tally is TWENTY-TWO BABIES!!