She was hellbent on building her nest in the far corner of her cage, despite repeated attempts to remove it, put it in the nest box and place the box in that spot. She would just push the box out of the way, pull more fur and build another one. I swear, she must have pulled a pound of fur.

I was pretty certain she would have them on the wire.

Indeed, this morning I found 5 kits scattered across the floor - 4 moving, one not. They were pretty chilled, so I brought them in and warmed them up. 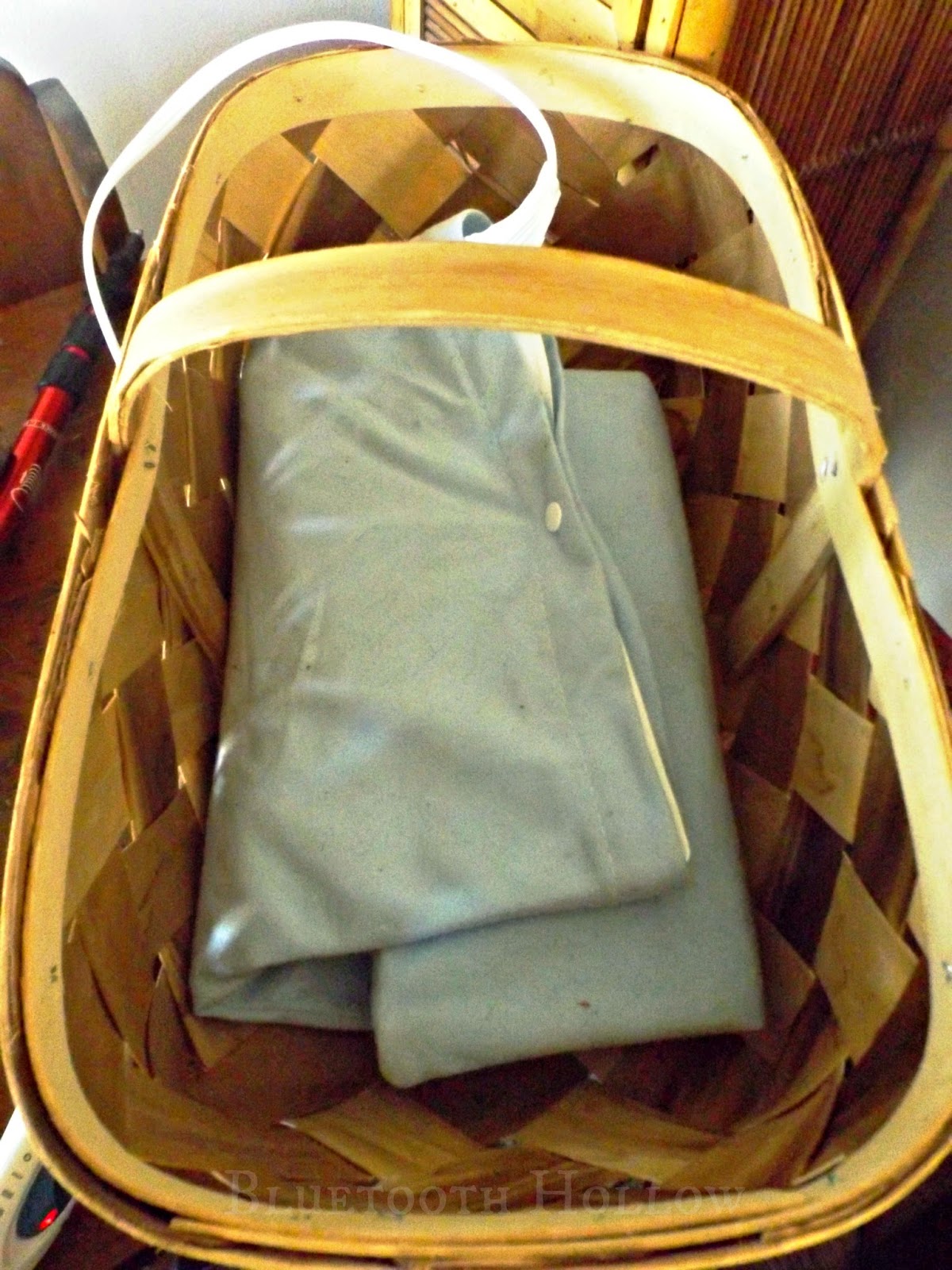 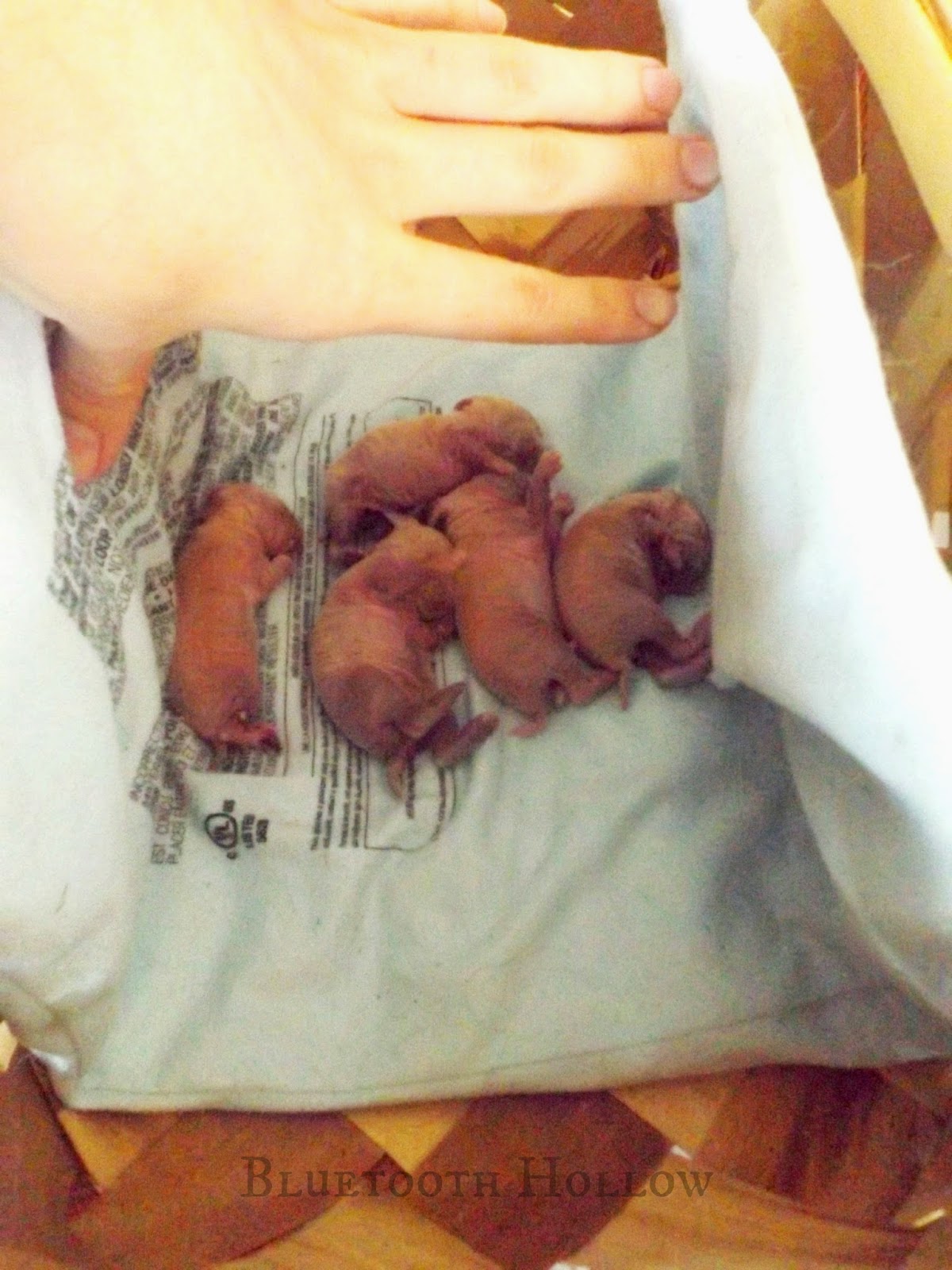 I knew the metal nest box just wasn't doing it for her, so I decided to try the wire sani nest.

I moved her nest into it, dropped the door down, and secured it with a zip tie so she couldn't push it away. I did see her venture into it and nuzzle around, so hopefully she's gotten the idea. 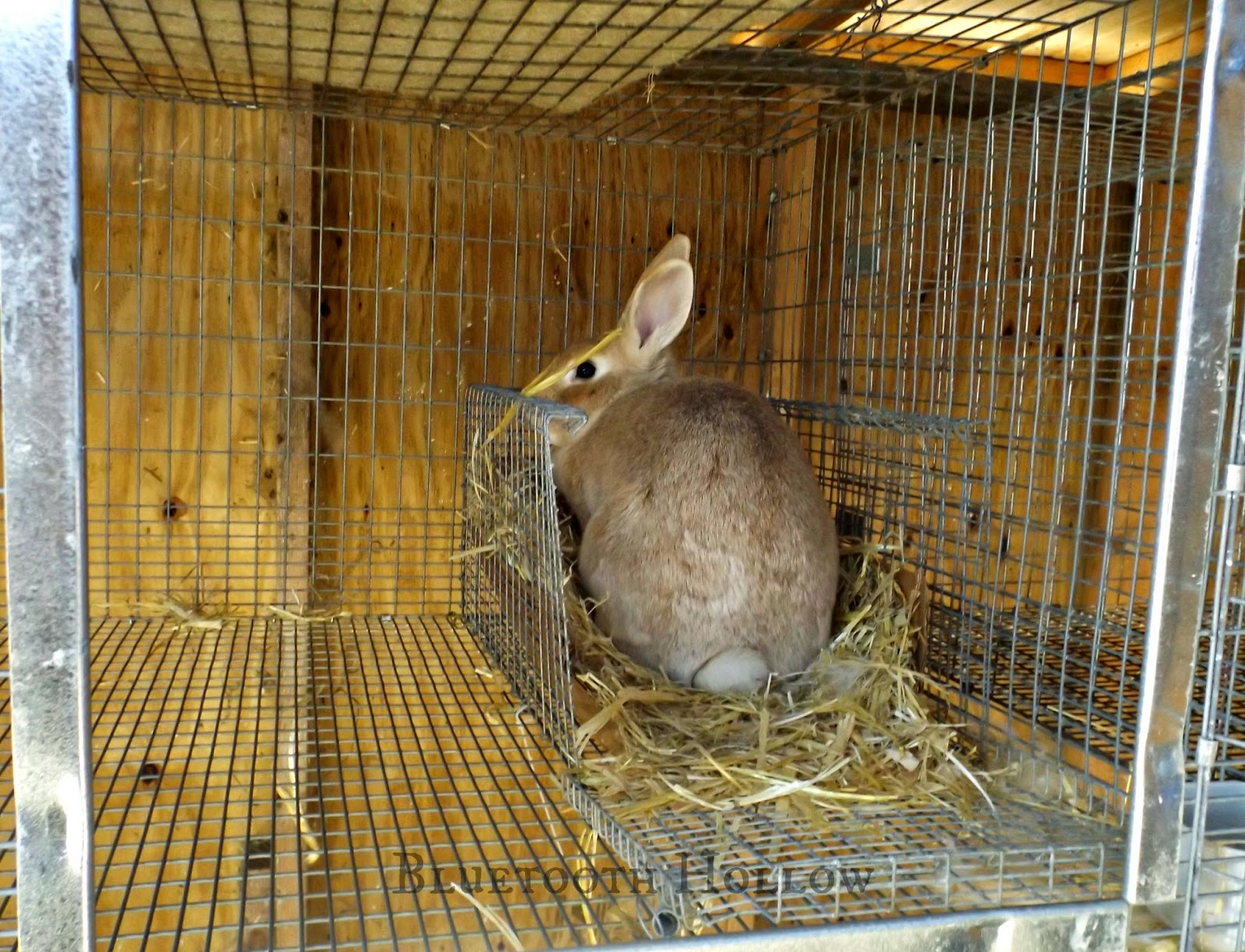 I didn't hang around much longer because Ian locked himself in the chicken coop and got covered in chicken sh- er, excrement.

I'll check on her babies this evening and see how they look.

The other litters are doing great! 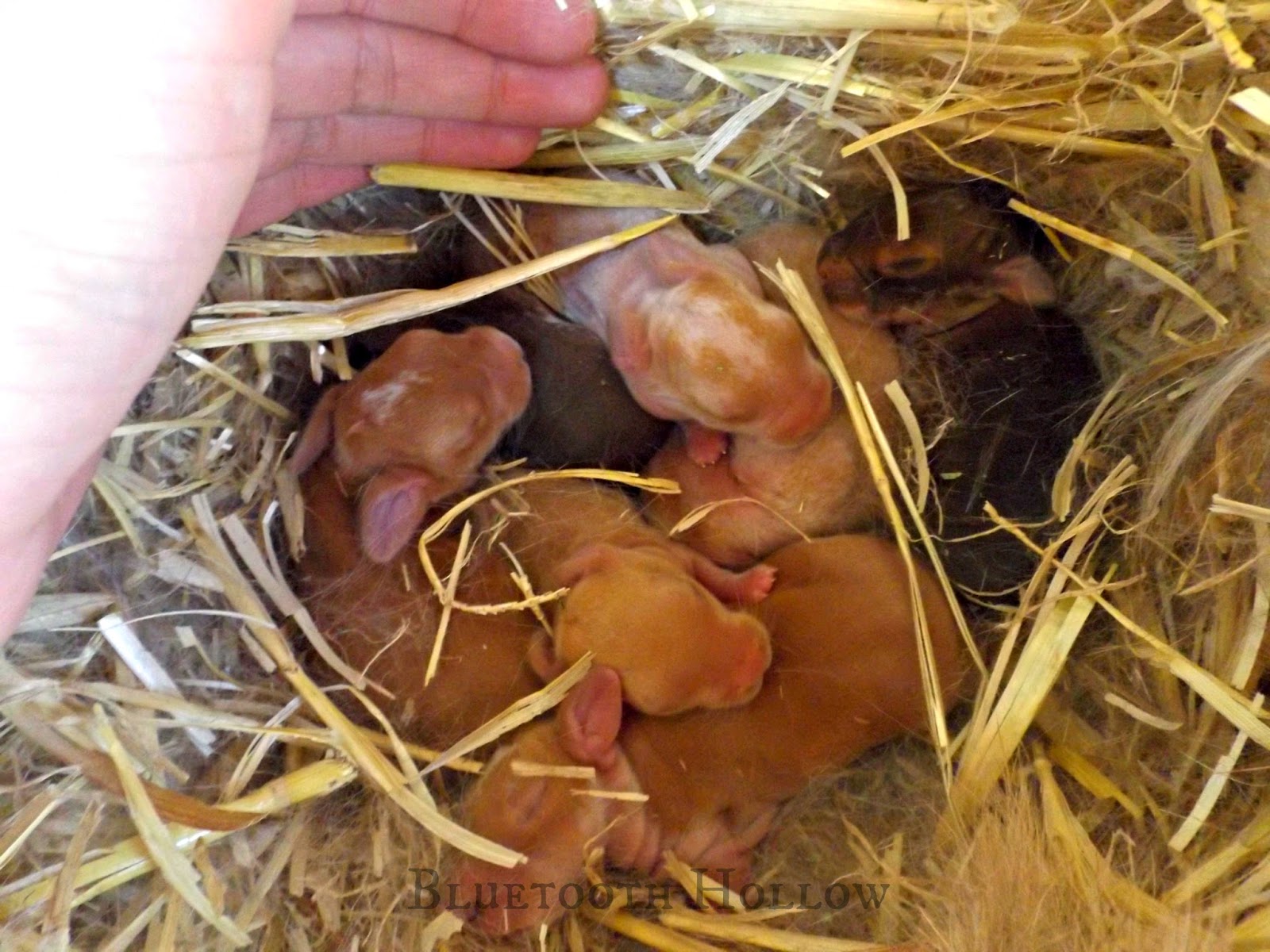 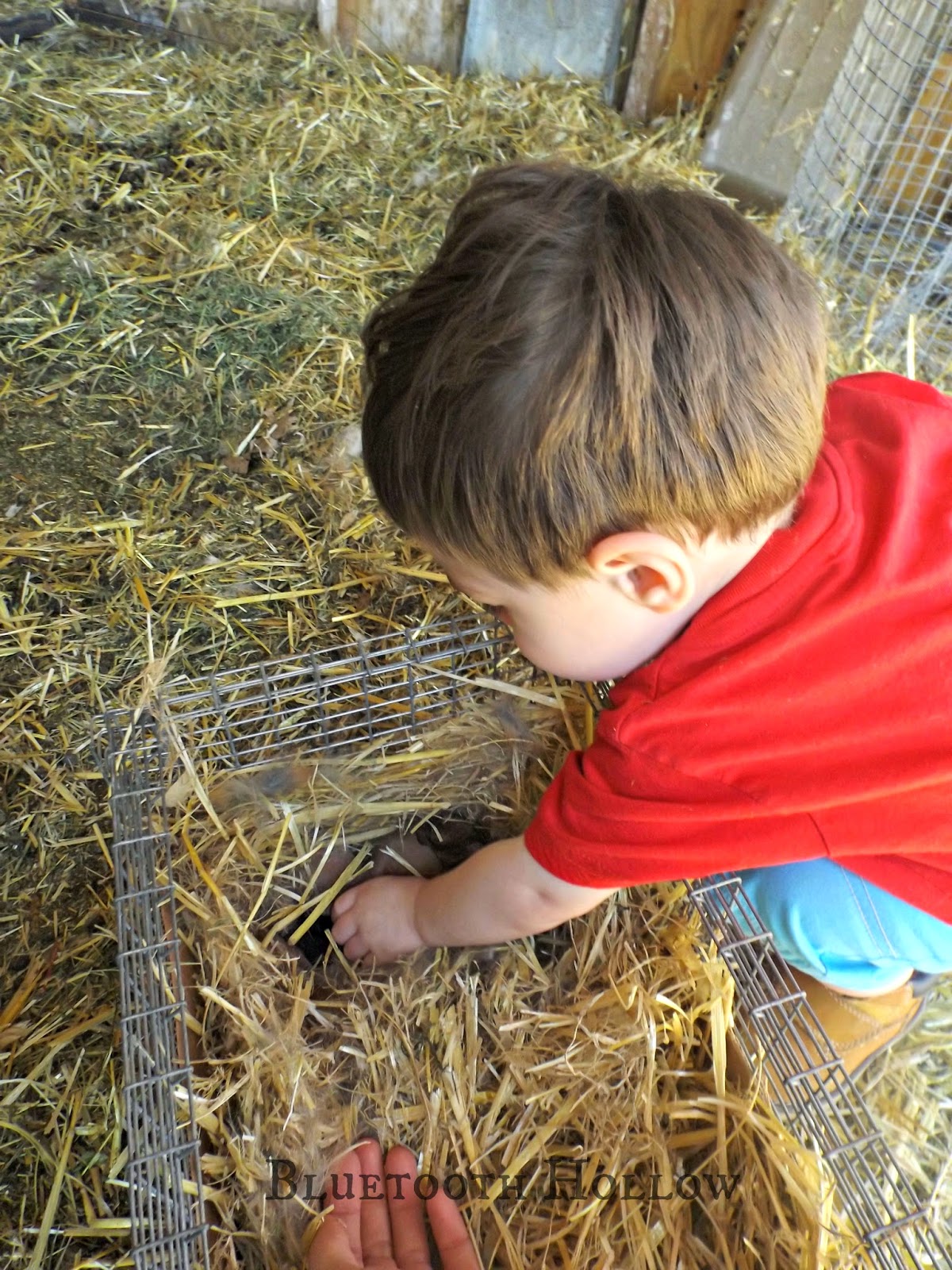 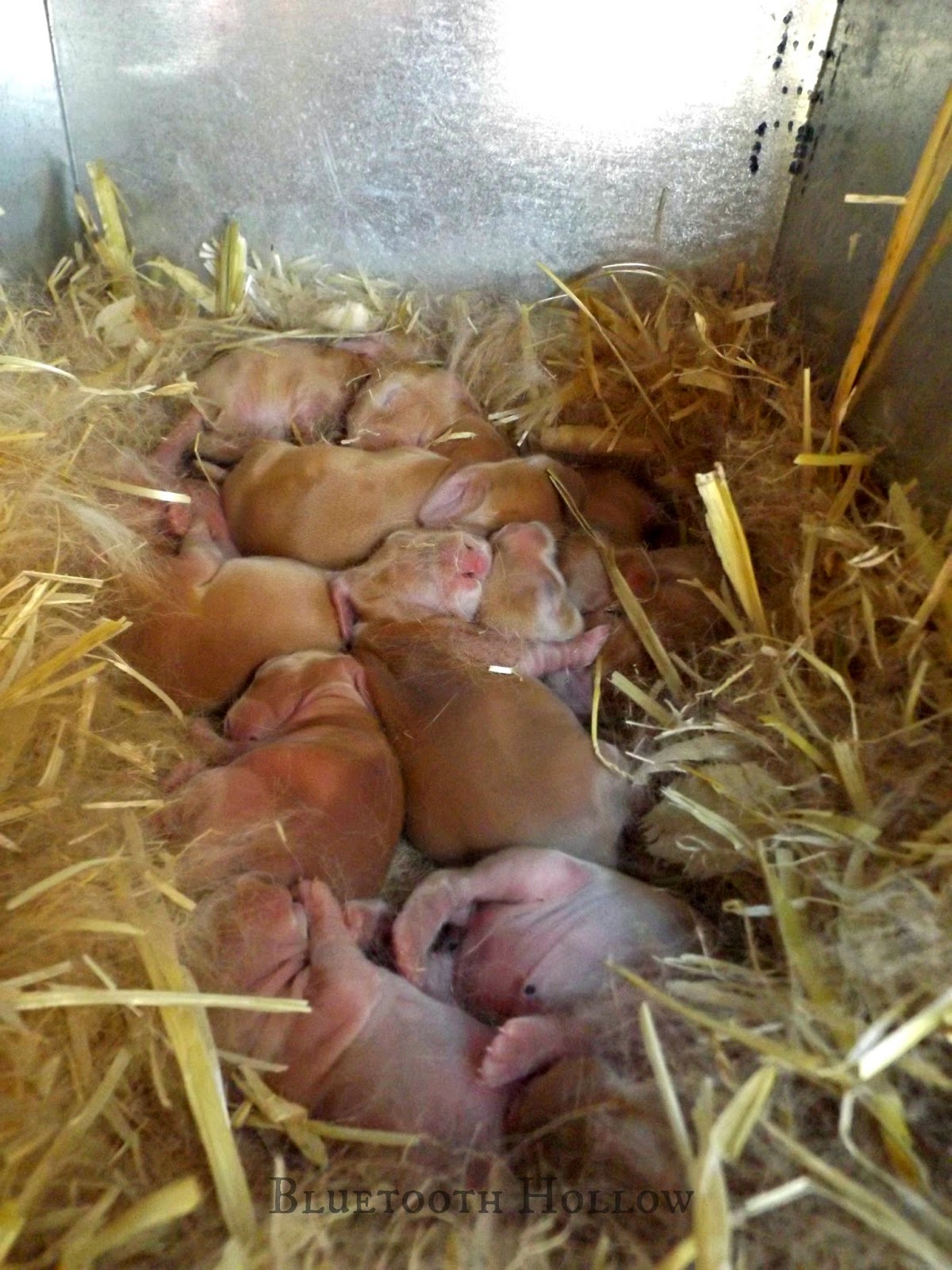 I looked them over well today, and every single one had a nice, fat belly. How she's managing to keep them all fed, I'm not exactly sure. But I'll be watching them closely to see if I need to split them up again.

We processed all the grow-outs yesterday, but sadly it was more of a mercy killing.

They never did get over whatever intestinal ailment they were afflicted with. We really should have culled them sooner.

I didn't bother weighing them, because even at 9 weeks their little carcasses were hardly bigger than a squirrel's. I examined their organs and couldn't find any evidence of cocci - just extreme bloat and malnutrition. We disposed of the organs and reserved the carcasses for the dogs.

I wish I knew the exact cause of their tummy troubles, but it makes me really hesitant to use the grow-out pen again. Which kind of sucks, considering I am going to have 24 bunnies to find space for. I guess I'll just have to hang a second row of cages, as I doubt we will have a chance to build anything.

It's a bummer, but it's hard to be too depressed with overflowing nest boxes!

Not to mention the glorious signs of spring everywhere!

Shared on Front Porch Friday
Posted by Phacelia at 10:19 AM