Three Litters on the Way!

I took the camera out to the rabbit shed with me yesterday with the intention of getting some good photos and videos of rabbits doing the nasty. But alas, I realized in the hot and steamy midst of things that I had forgotten to put the memory card back into the camera, so you'll just have to use your dirty imagination.

Oh well, the important thing is all three does got bred, successfully.

I wasn't sure how receptive they would be, with the bitterly cold weather; but I soon found out that they were H-O-T TO TROT! I have never seen them randier. Even first timer, Babette was riding the experienced Turn around like he was a kid's pony. It took forever to get them all bred because there was so much circling, with the does trying to mount the bucks.

I bred Acer to Colbert again, since I really liked the outcome of that litter (with the exception of the rather slow growth rates).

All three girls are due March 21st.

Everyone did fine with the subzero temperatures last night. I made sure they all had plenty of fluffy straw in their cages, just in case.

In my last post I was bemoaning the fact that the bungees weren't doing much to keep their crocks from flipping over. Well, Mother Nature solved that problem for me: the spilled water is freezing and holding them in place! :)


The wood stove has still been serving us well, even though we ran out of our seasoned wood. The newer stuff just doesn't burn as long or as hot, but it still burns.

The wood stove has been far and away the best purchase the state has made for our residence (well, it was technically bought with a grant). The other "green initiative" projects have been a dismal failure.

First there was the window, debacle. The new "energy efficient" windows don't amount to much if they don't fit in the dang frames. There were gaps so big you could literally see outside. The contractors came back like, 3 different times to "fix" things and didn't do diddlysquat (unless you count slapping on untreated pine boards). We ended up pumping several cans of spray foam around the edges, but there is still cold air leaking in.

The "green" dishwasher just sucks. I guess it saves water by NOT WASHING anything. We usually end up running it twice.

The water heater may save energy, but we never seem to have enough hot water for what we need to do (think cloth diapers).

This past summer we got an all new "energy efficient" H-VAC system, complete with new duct work. The unit would probably work great if there was insulation anywhere in the house. Or if the windows were airtight. (Of course, we also had an episode with Wood Rats, a few months ago.)

Even after the duct work was patched after the rat damage, we were still noticing how hot it was next to the picture window. When it turned cold, there was a draft in the living room and we could not figure out where it was coming from. 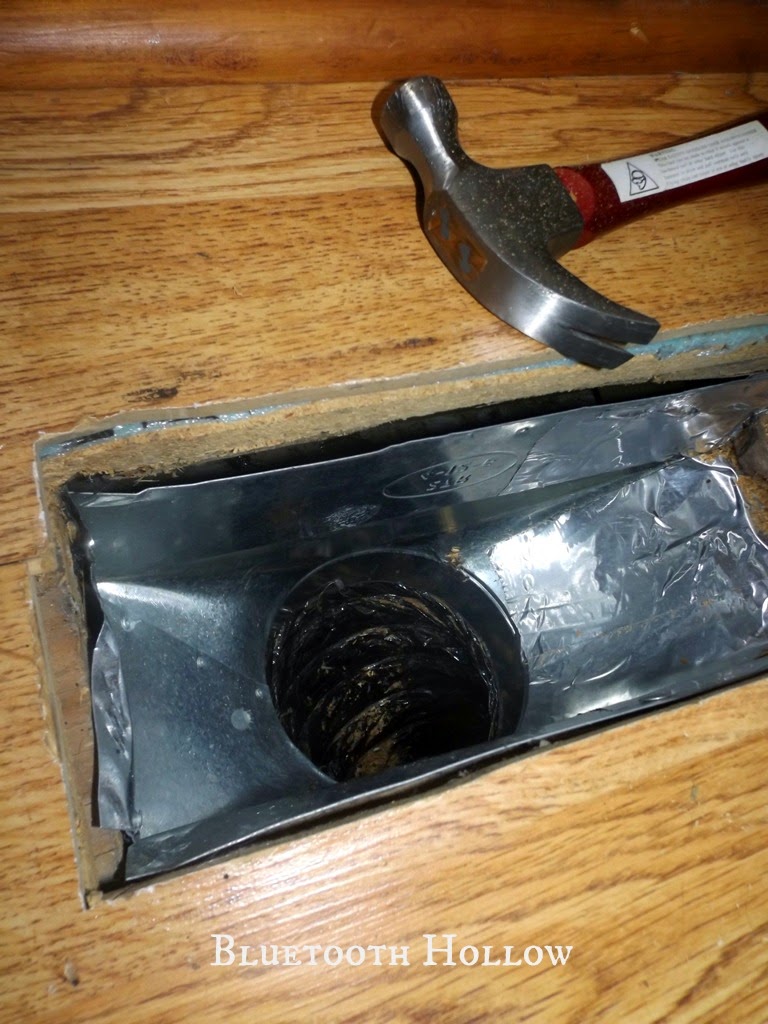 The lousy contractor hadn't even bothered to nail the duct work in! It was literally just hanging there, with icy air blowing in all around it from under the house. NO WONDER it was so blasted cold in there!

We fixed it though! We pulled it up where it was supposed to be, hammered in some roofing nails and caulked it with foam insulation. 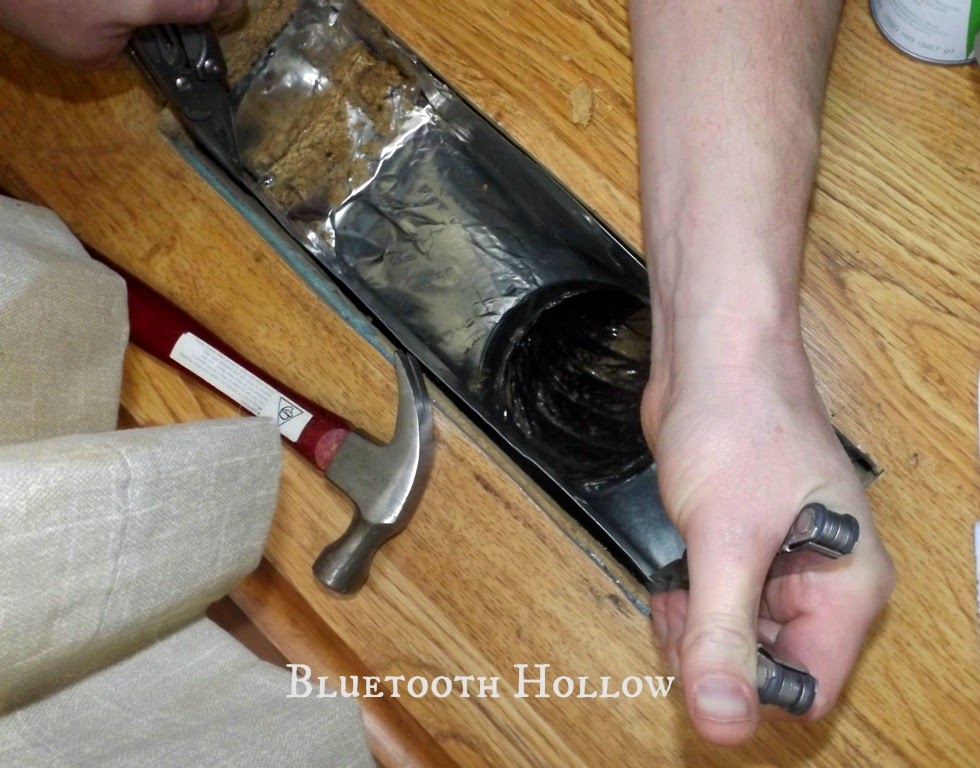 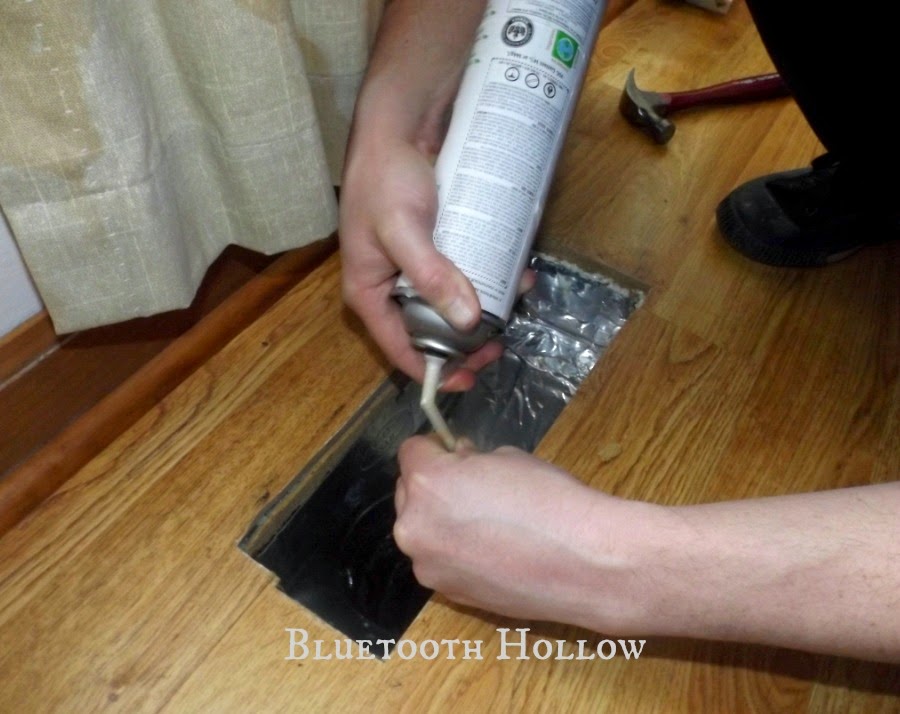 Afterwards, Mark went around and checked all of the vents in the house, and all of them had gaps. Not as bad as the first one, but none of them fit right.

Maybe it wouldn't matter so much if we weren't paying the friggin' electric bill!!!!

Can you believe these clowns actually got PAID for this job?! It's laughable. Can you say contracted out to the lowest bidder? Your tax dollars at work, people.

Here, I'll share some more snow scene pictures, courtesy of the Ranger Man, to help take my mind off that. [deep breath] 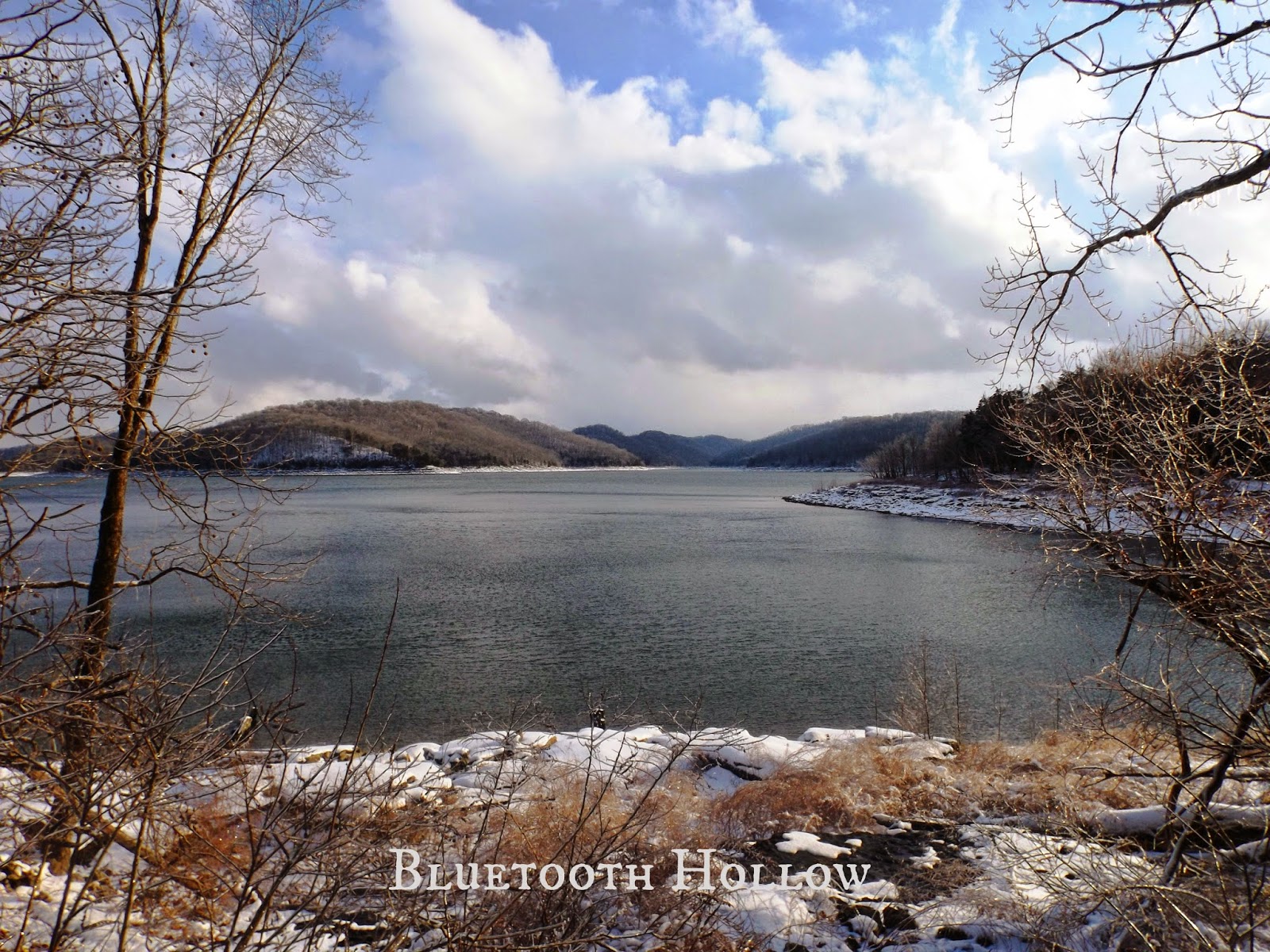 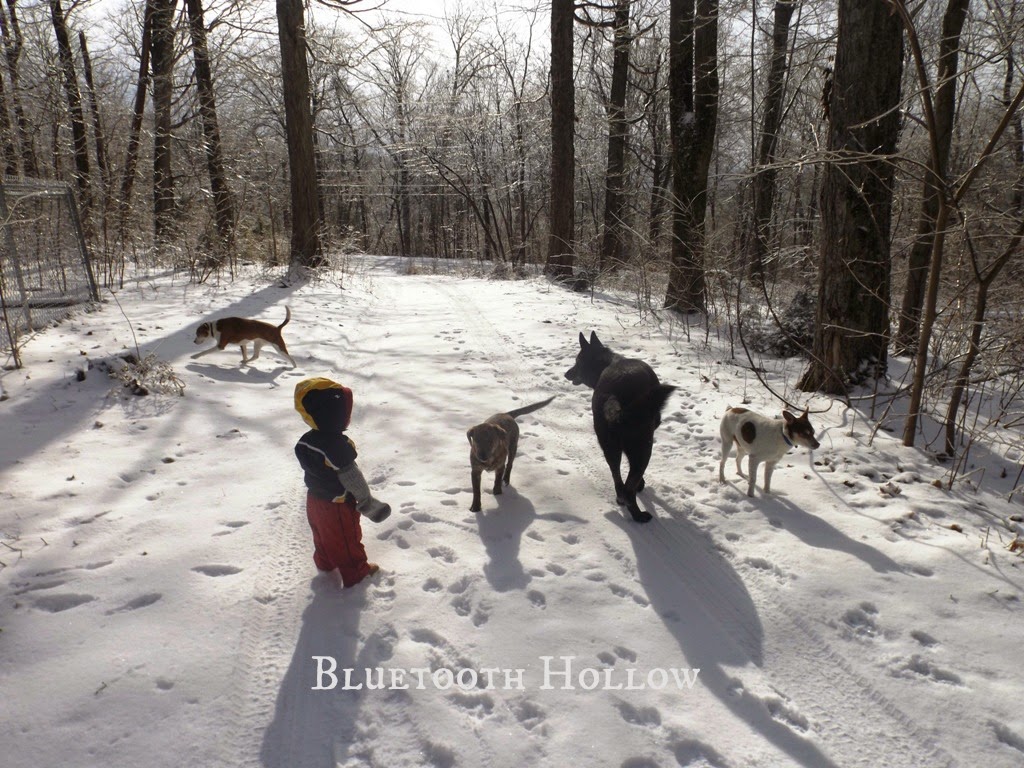 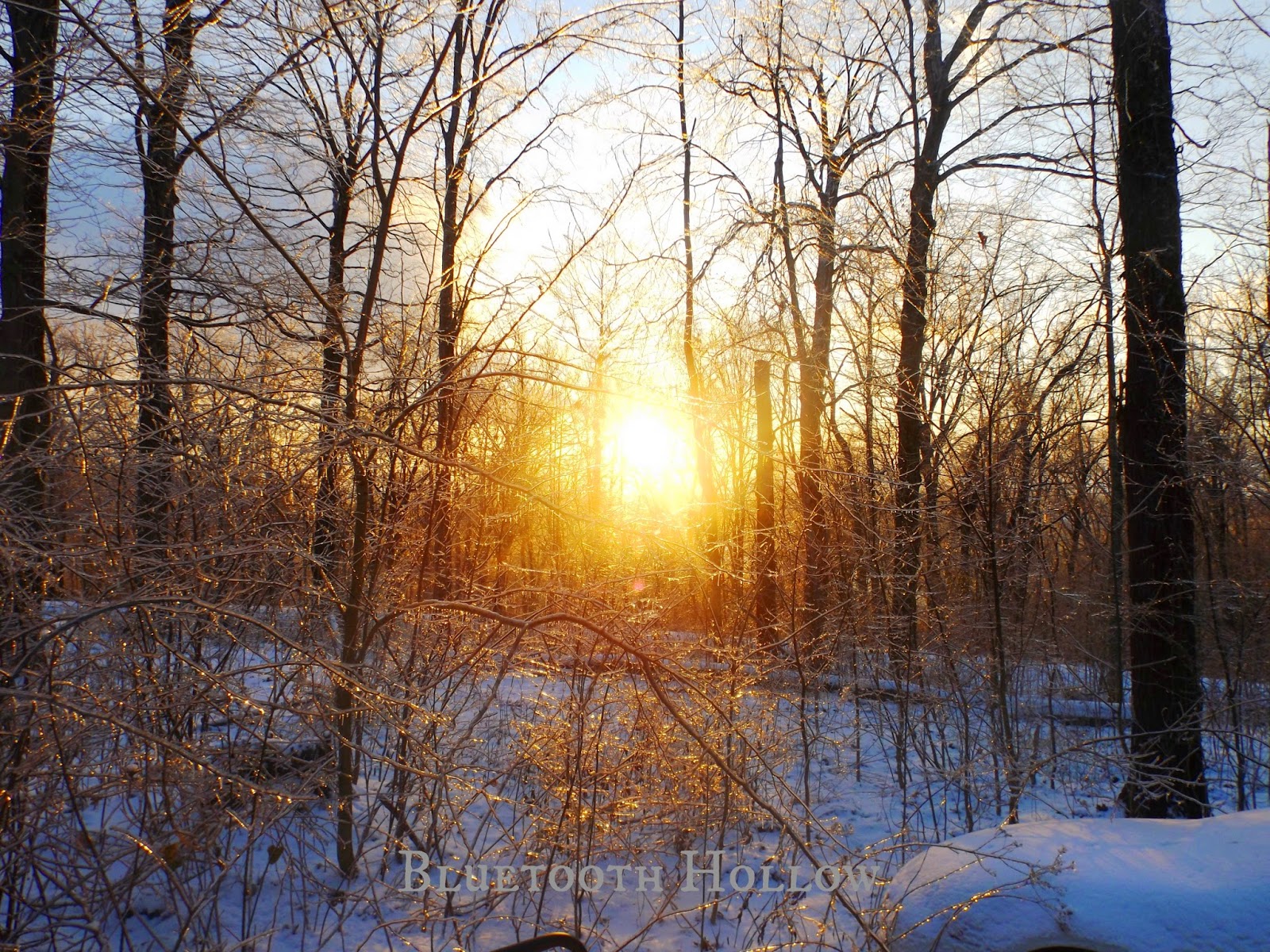 Shared on the Simple Saturdays Blog Hop, Tuesdays with a Twist, The Homeacre Hop, the Homestead Blog Hop and the Clever Chicks Blog Hop
Posted by Phacelia at 10:21 AM