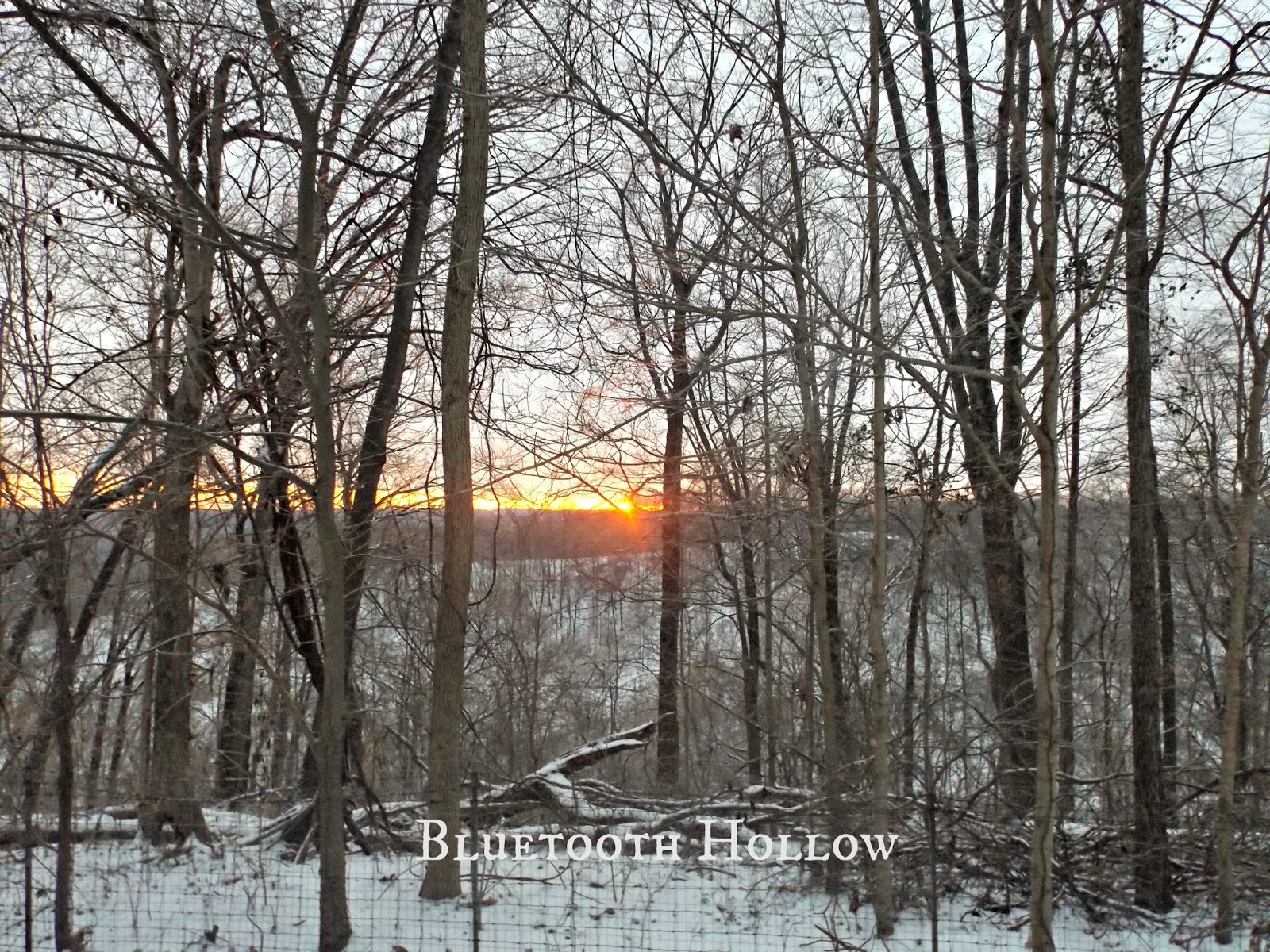 We are slowly watching our cocoon of snow and ice melt away.

Our winter wonderland is ending the same way it began, only in reverse: from snow to sleet to rain.

It's still hovering around freezing this morning, so it's just cold enough for the ice to cling, but it's supposed to reach the mid-40's, so it will eventually succumb.

Last night we were awoken by a very loud, startling noise - kind of like a resounding SCHLUMP-SPLATTER!

It was nothing more than sheets of ice and snow sliding off the roof.


Mark visited the beaver pond, yesterday, just to see if it had frozen over. 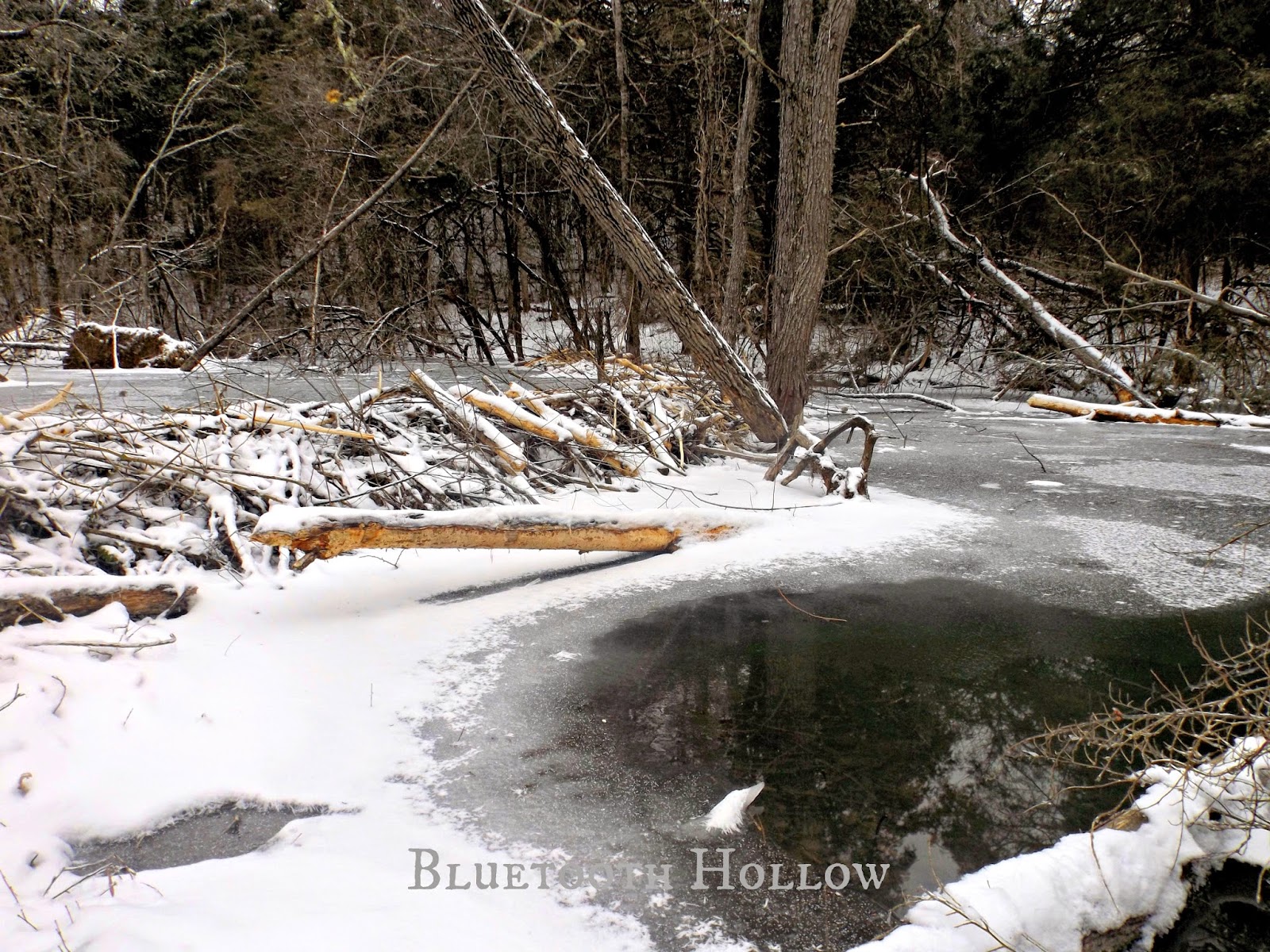 Not quite, but it was getting there.

Not to worry, the lodge makes for a cozy retreat under the ice. 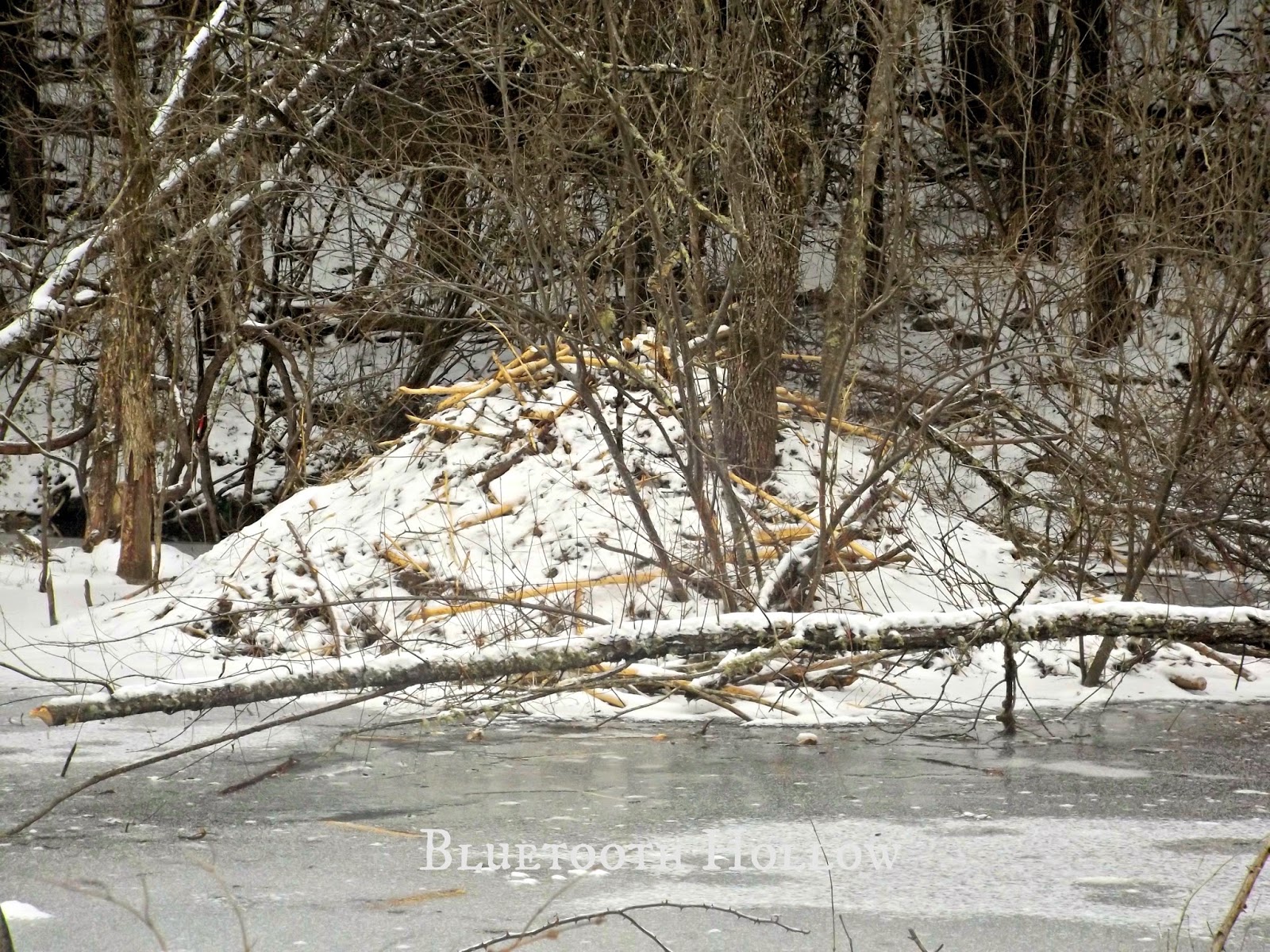 The beavers are happily snuggled inside, munching on twigs they stored over the summer and fall. 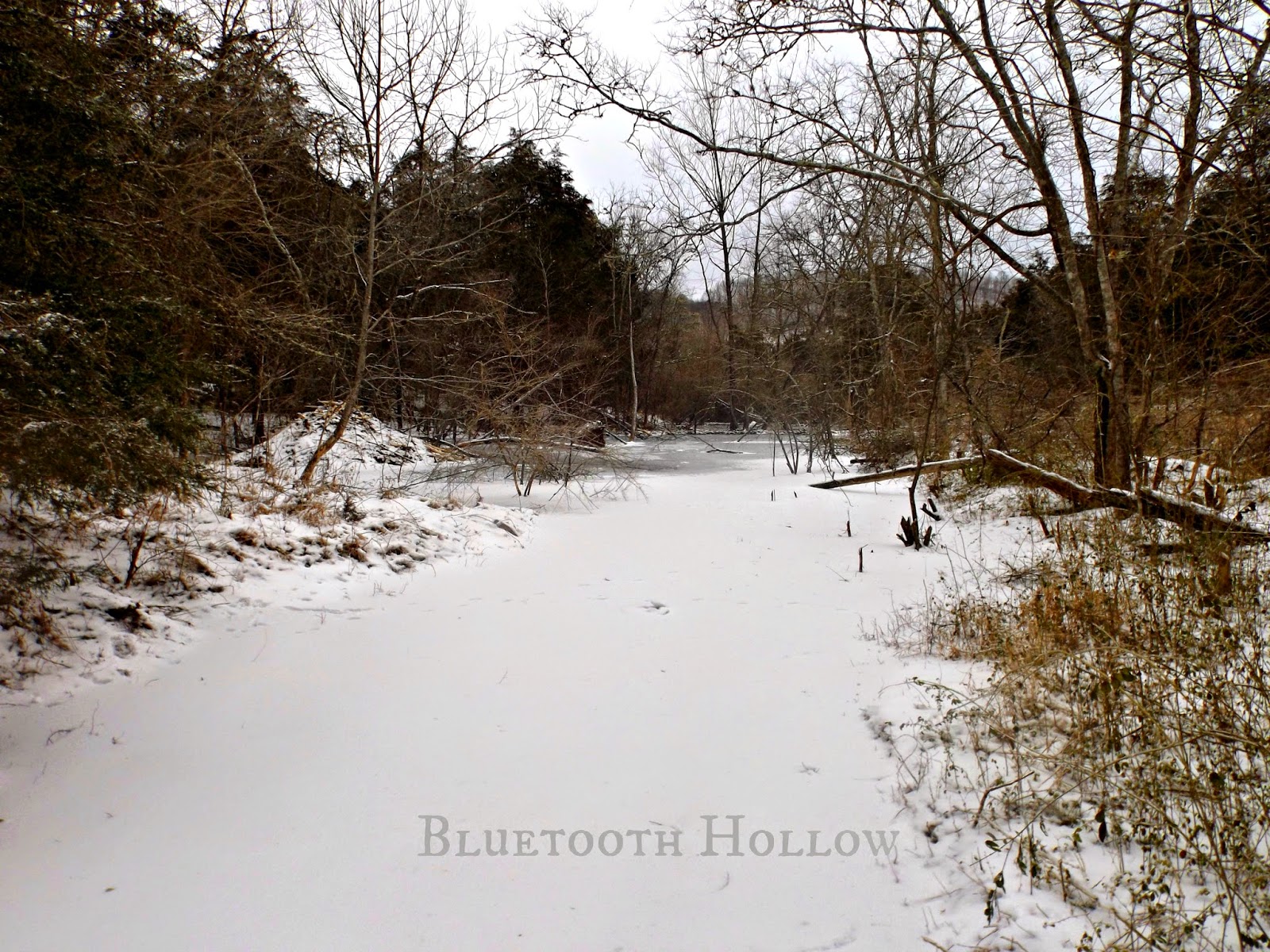 I haven't mentioned this yet, but we have been mulling over a pretty big disappointment during this snowy week.

You may remember that the park manager retired three months ago. Mark was appointed the interim manager until a new one could be hired on.

He's been a ranger for 12 years now. He's known for the last several years that if the opportunity arose to apply for park manager, he would take it - even if it meant taking on all the necessary headaches.

I watched him flourish under his new leadership role. He took the responsibilities of interim manager in stride. I've never seen him more confident or self-assured.

When the time came to submit his application and interview for the position, we felt pretty good about it. We were supposed to find out last Friday who they selected, but it was such a close race they ended up deliberating until Tuesday.

Then we found out who they selected. It wasn't Mark.

Jacob is an awesome person, an incredible manager, a phenomenal ranger, and a good friend of Mark's. Despite him being a few years younger, he has already had managerial experience, and had a little more leadership training than Mark, which is ultimately why they picked him.

It was a bit of a blow for us. We were looking forward to the possibility of a pay raise and him having weekends off, with all the work that needs to be done on our new house.

More than anything though, I know he was eager to move up in the ranks and become the park leader.

I've spent a great deal of time in prayer about it. And I knew that whatever happened, it would be God's will.

So here we have His answer. It's not what we wanted, but that doesn't mean God wasn't listening or didn't feel like we deserved what we wanted.

On the flip side of things, it will be nice to have neighbors again! For the last few months we have been the only ones living on the park. One ranger retired, the manager retired, and the other ranger and his wife moved off the park.

Of course, our new neighbors will be about a quarter mile away, but neighbors nonetheless!

Plus, they have young kids that Ian will enjoy playing with.

Another positive I have considered, is that it might open up an opportunity for me to work at the park again.

If Mark had become manager, he wouldn't have been able to hire me on - nepotism, and all.

I would really love to work as a park naturalist again, if that becomes a possibility.

I know Mark and Jacob will make a fantastic team, steering the park in a brave new direction.

It is the dawn of a new era, and I look forward to seeing the positive changes unfold.


Watching the ice melt away, we are reminded of the changing of the seasons.

Things can change in an instant, and often in ways we do not expect or wish for. 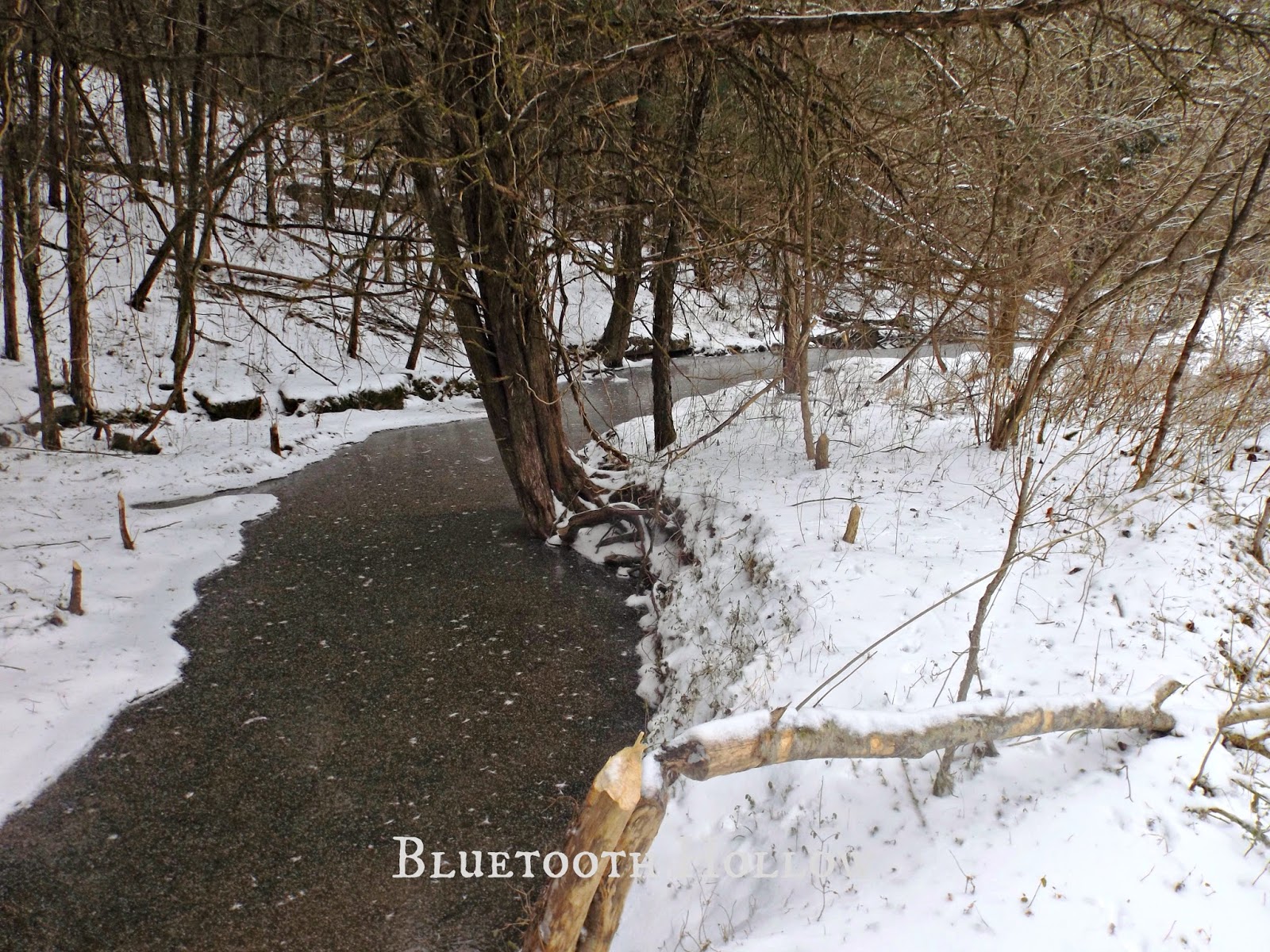 But we adapt and change with them, becoming stronger for it.

I love this man. 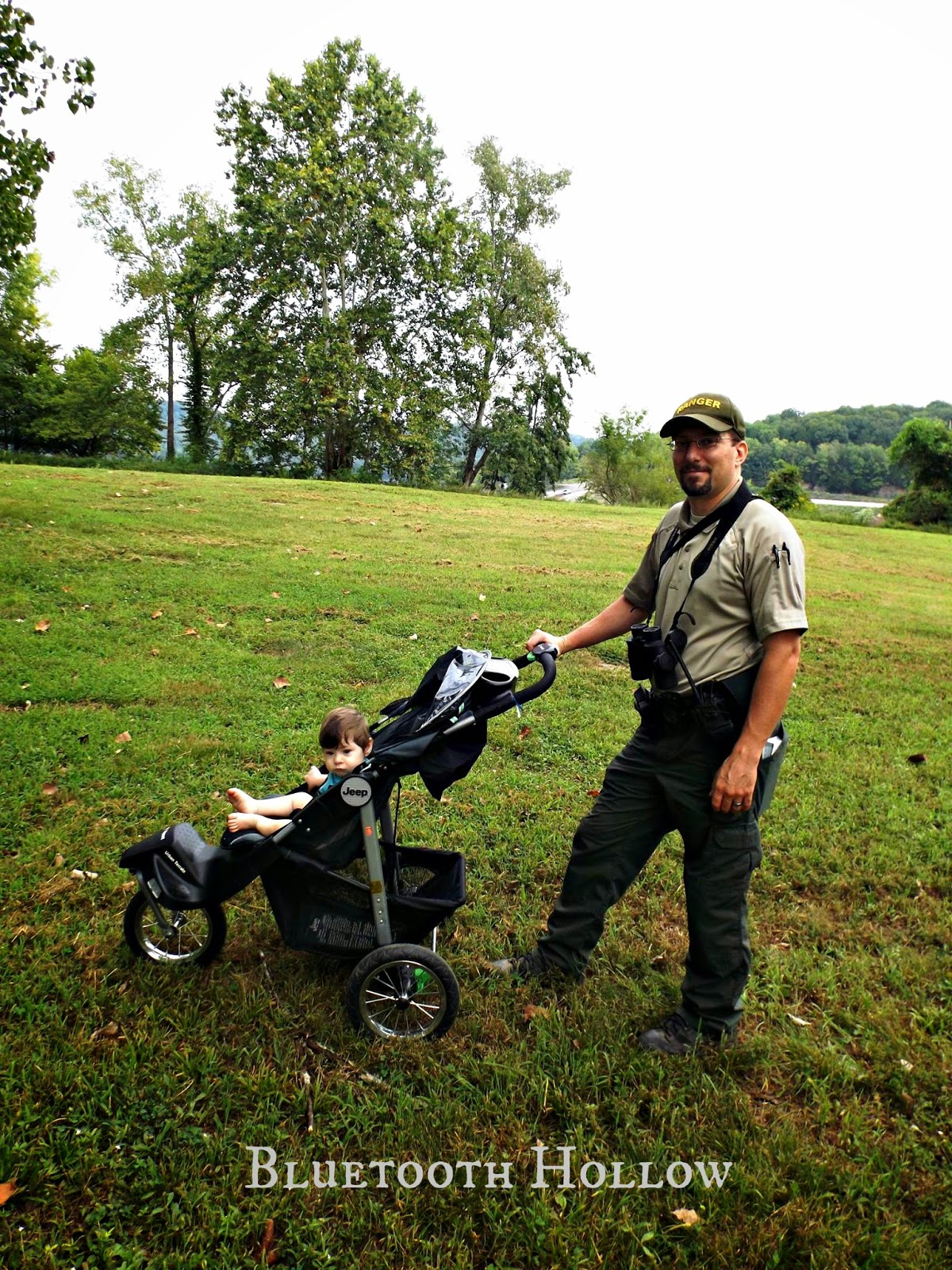 He is a great husband, an awesome father and an incredible ranger. He is brilliant, driven and talented. I know there are still wonderful things in store for him.