The Effects of Motherhood 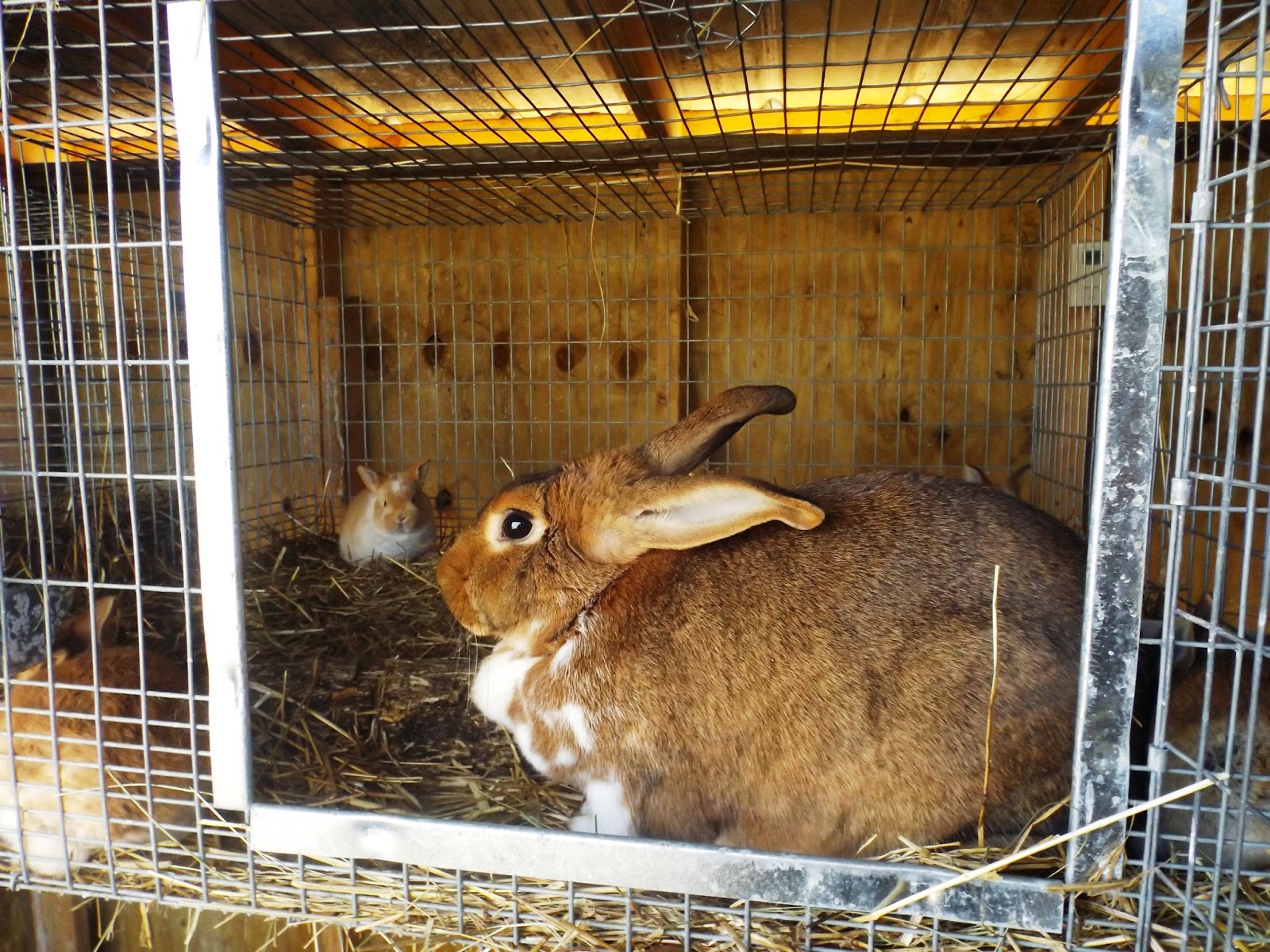 I must say, Cardamom has mellowed out significantly since becoming a mother. She seems so content to be surrounded by bounding 3-week-old kits. 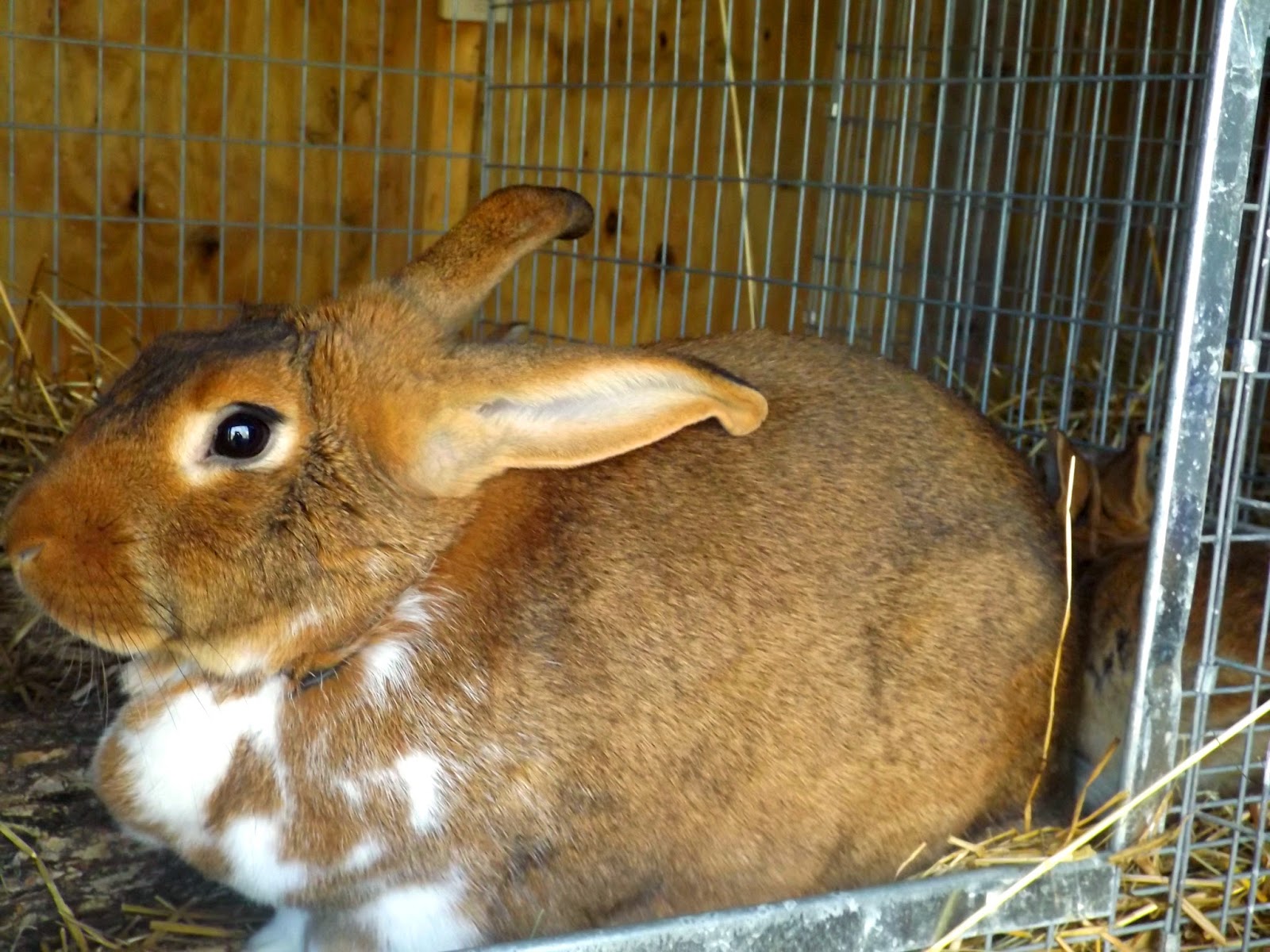 She still hops away if I try to touch her, but she never used to even let me get this close.

Acer's temperament, on the other hand, has stayed pretty much the same. 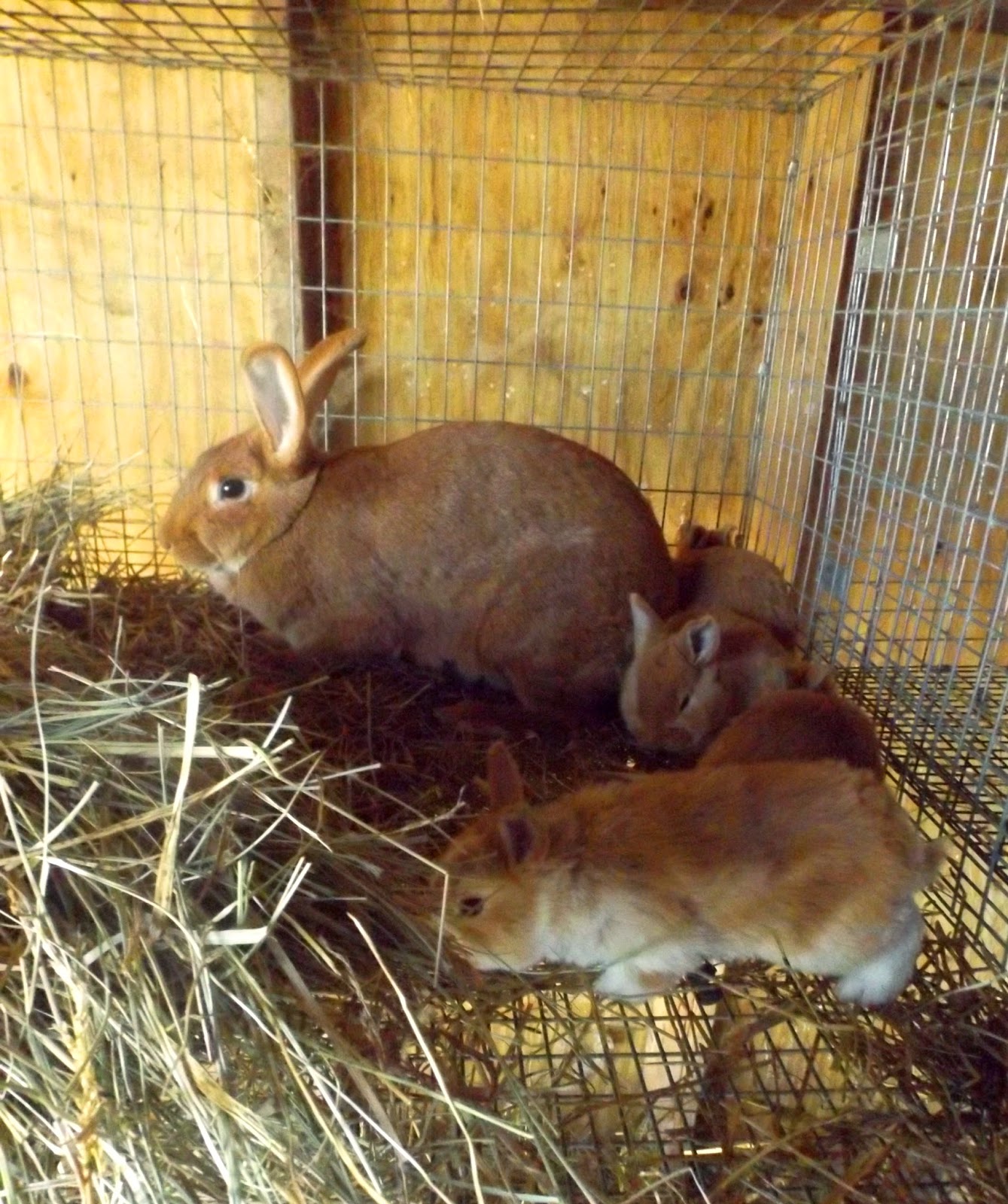 She'll approach me when I give her her daily grain ration, but otherwise stays as far away from me as possible. She's, of course, a good mama to her babies overall, but seems to have less patience with them at this stage.

Something else interesting I've been monitoring between the two litters is recurrence of Nest Box Eye.

Roughly half of each group initially had crusty, sealed eyelids around day 14, which I treated with saline solution and coconut oil.

Cardamom's group was fine after one treatment, and needed no further intervention.

At least two kits from Acer's group, however, have needed treatment four times. This past time I ended up using triple antibiotic ointment, in hopes of knocking out any further infection.

Now, I removed both nest boxes within a day of each other (day 17 for Acer's, day 18 for Cardamom's) and they are all getting the same feed and hay, etc. And remember, they are all from Cardamom's litter. So the only difference? Does!

I have no idea why this would be, unless it's just coincidence. However, several kits from Acer's last litter also had minor eye irritation, with one having a full blown infection (which it recovered from.)

I'd say that the initial cause of irritation is probably dusty hay, but why did Cardamom's recover so much more easily?

It's interesting. I'll keep monitoring the situation and see how it goes with future litters.

Other than the eye issues, these kits are doing fantastic.

They have also entered the disgustingly cute phase.

I think I've been a little too quick to discount Cardamom. (I know I'm always going back and forth about her.) Both does have strengths and weaknesses that compliment one another. Perhaps combining their genetics will result in the perfect brood stock. Who knows?


In the meantime, tuck your buns in tight - it's gonna be another cold one out there! 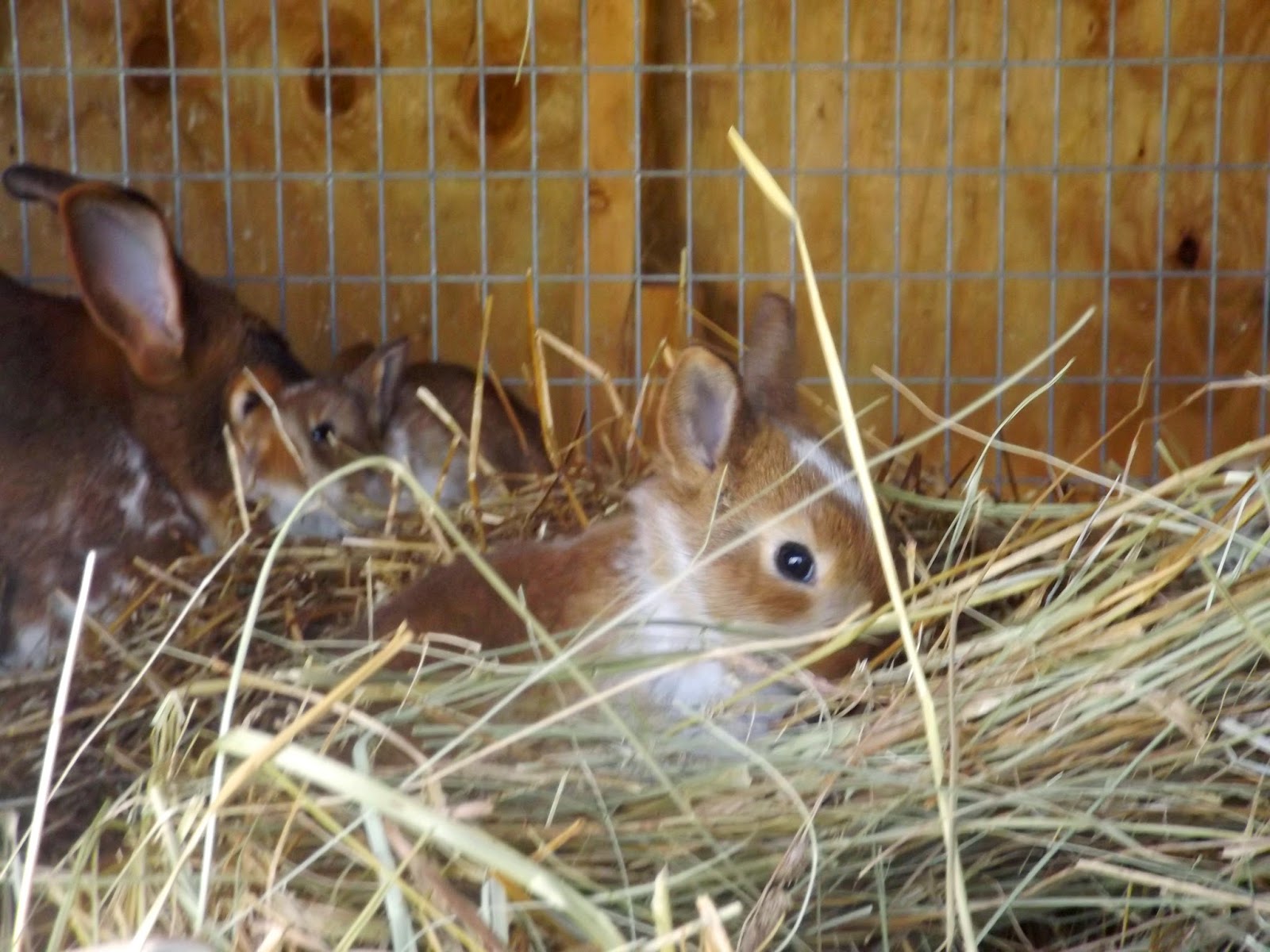