Our First Taste of Rabbit 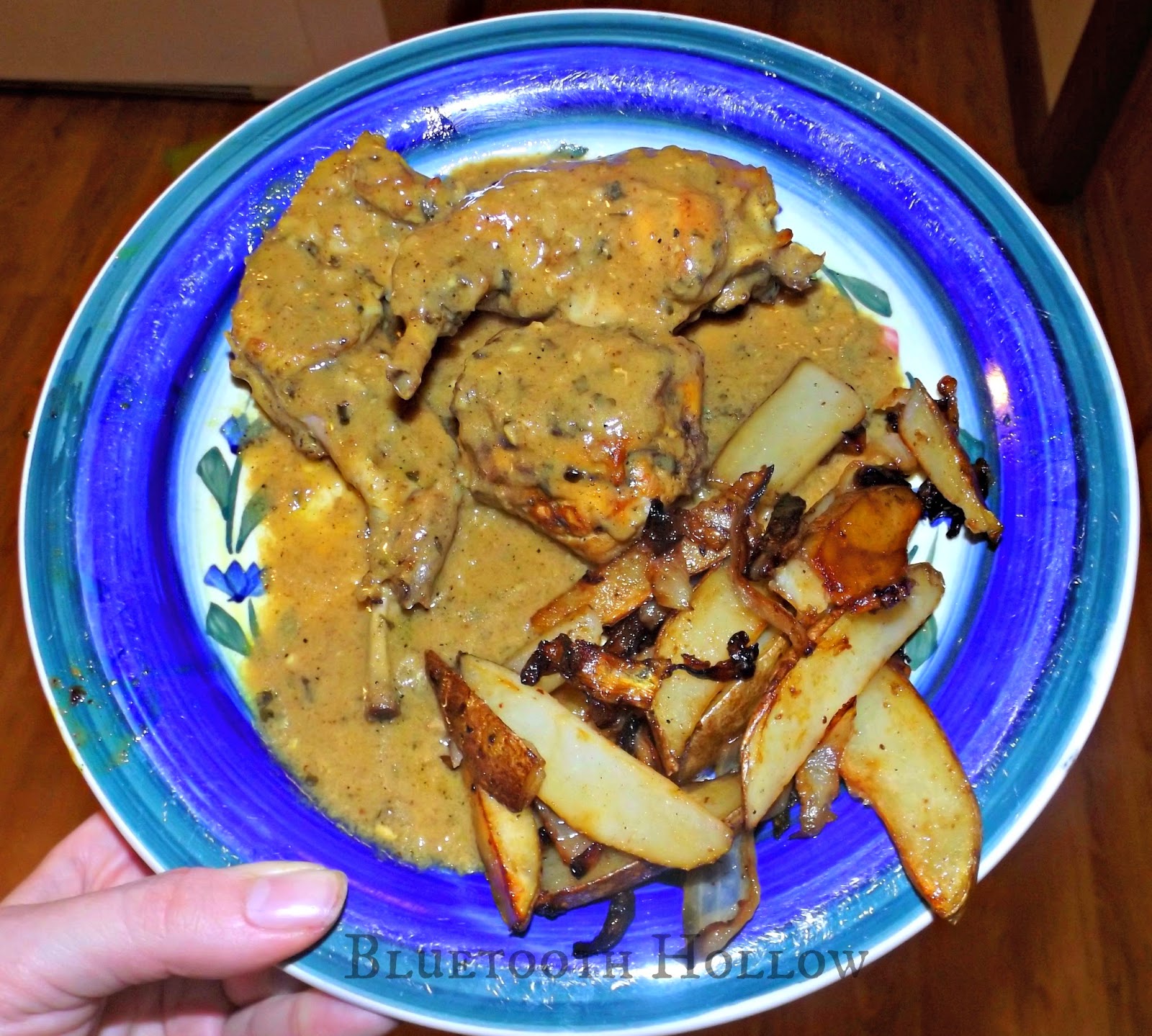 I'm about to admit something that may come as a bit of a surprise.

Up until last night, I had never tasted domestic rabbit.

I suppose that makes it a little risky to wade chest deep into rabbit raising, without even knowing whether you like rabbit.

Even though I have never tasted a meat I didn't like - from store-bought to wild game - there was a part of me that was afraid I wouldn't like it.     Ha! What then?

Not to worry. It was excellent!

After much deliberation I decided to go with this recipe:

While it had great flavor, I thought the meat was a little too dry, and a tad bit tough.

Maybe it was the age of the rabbit? The pictured recipe was for a store-bought fryer, probably a week or two younger than the one we butchered. (But then, the author lives in France and they may butcher them later there. Not sure.)

Maybe too, I didn't allow the meat to rest long enough in the fridge (even though it was in there for 24 hours.)

Next time I roast one, I will keep it covered to help it stay more moist. I'm already planning to butcher our next round of fryers a couple of weeks earlier than the last batch.

All things considered, it was fantastic! And I can hardly wait to cook our next one!