Can winter please be over, now?

So, after about a week of mild weather, it turns bitterly cold again, complete with biting gusts and swirling snow.

And, of course, of ALL mornings for kits to get dragged out of the nest box, this would be the day. 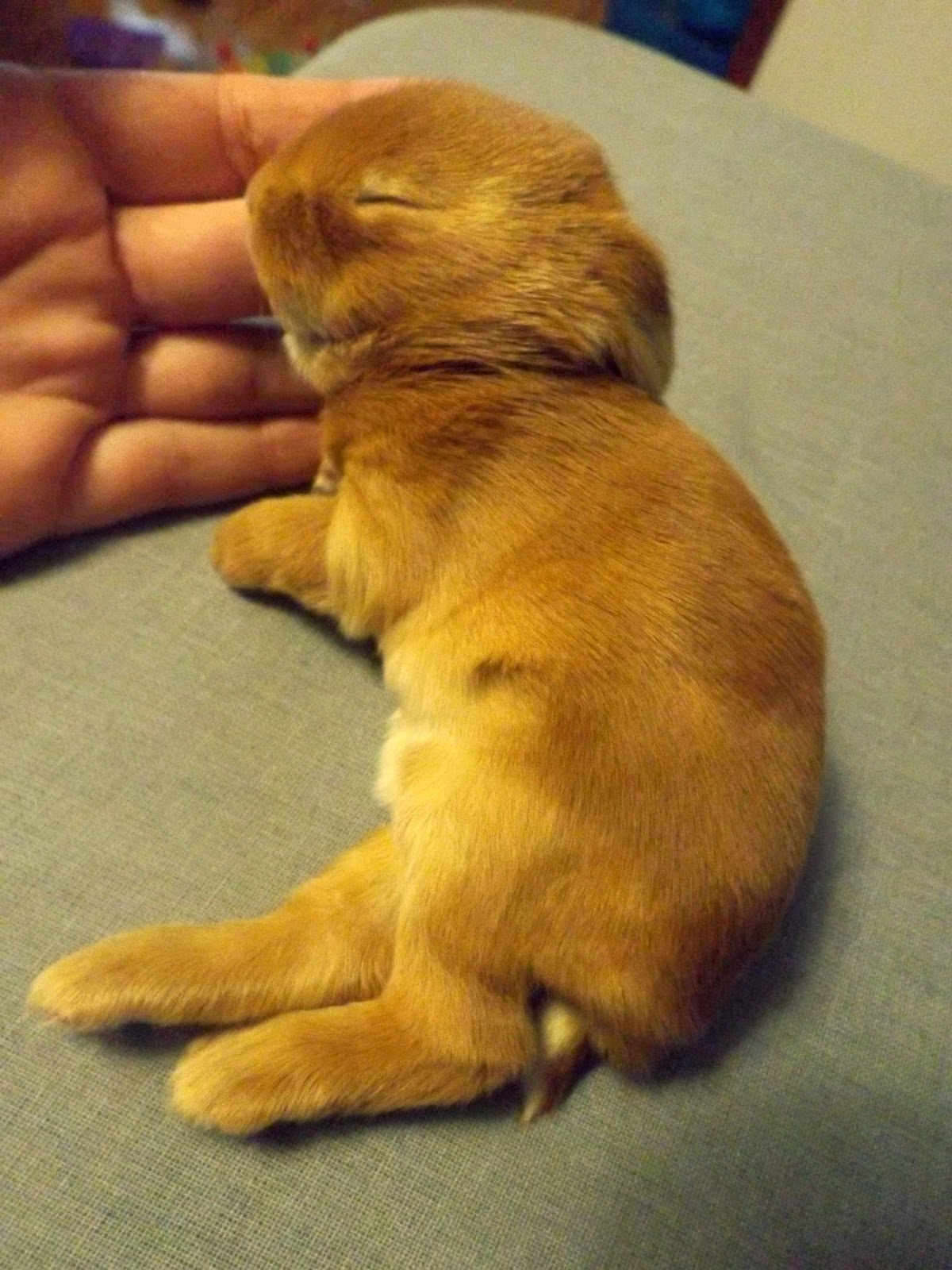 Two from Acer's nest box were on the wire, this morning: one alive, one not. I went ahead and warmed up the stiff one, just to be sure, but it was too late.

And, OF COURSE, it was my pick of the litter - the one kit from that group that was Acer's; beefy, deep red, and already weighing 0.5 pounds at 11 days.

I meant to spread straw in brood cages last night, but I forgot. I'm paying for it now.

It's times like these that make me seriously consider switching to drop-style nest boxes: 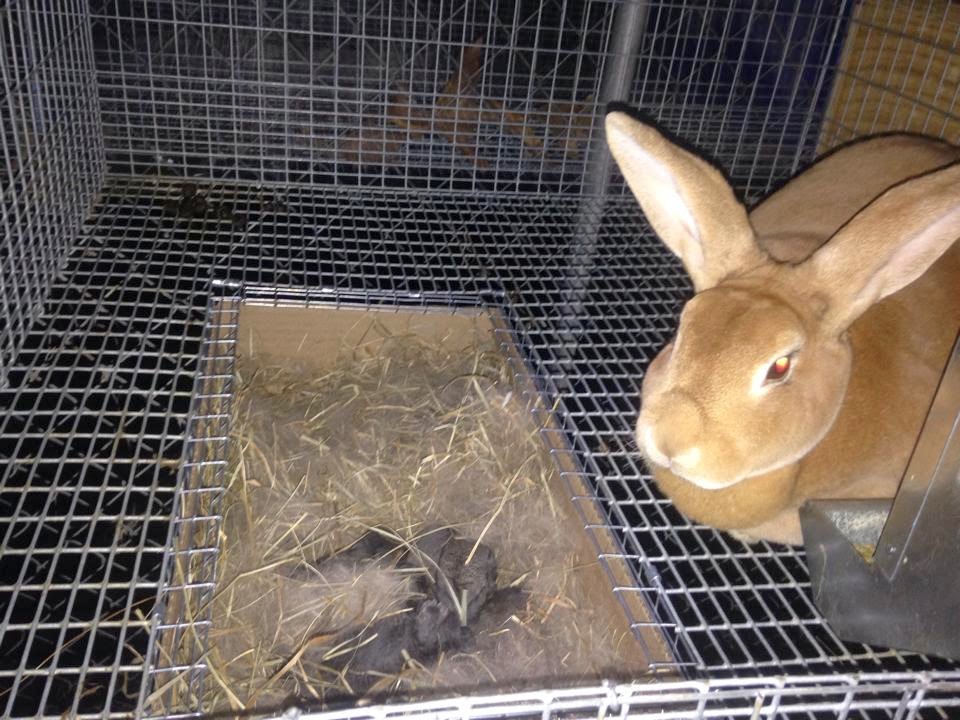 I think there would be less confusion from first-time mothers, and virtually no losses in cold weather, since kits would be able to find their way back to the nest.

The only real disadvantage would be the inability to remove it and bring it indoors; but considering the other advantages, it might be worth that inconvenience. Problem is, I'm not in a position to get set up for that, right now, so I'll just have to make do with what we have.

As a side note, one way to tell whether or not a kit is revive-able is to look at the toenails:

It didn't show up too well in the picture, but if you can see dark blood pooled in the nails, it usually means the heart has stopped pumping. If the nails are clear, the kit might can still be saved. Even so, "they aren't really dead til they're warm and dead," as the saying goes.

In other news, the grow-out pen is still working pretty well. Wind and precipitation up here on the ridge pretty well rendered the tarp roof useless. It was pretty wet in there yesterday, and all of their food got soaked. Their box shelters are working well, though. They were all crammed in there together this morning. I really need some type of wind break, out there. I was planning to use some scrap plywood leftover from the wood stove installation, but that got hauled off by park maintenance before I could stop them.

One interesting thing I have noticed after moving them to the pen is how much friendlier they are. They were a lot more shy in the cage, and pressed up against the back anytime I stuck my hand in there.

Now they all run to the door, and I'm practically tripping over them when I walk in to give them food and water. They even tolerate pats from Ian. I guess they just feel less threatened in an open environment, where they are free to approach us if they choose to do so.

That makes me happy, though, because that tells me that they have great temperaments, which is certainly one of the goals of my breeding program.

Looks like we are back on the daily watering merry-go-round. It took me an hour to get everyone fed and watered this morning, what with all the bundling, un-bundling and chasing a toddler. About an hour later my husband came home for a few minutes so I dashed out to spread straw in the brooding cages. I found that everyone's water was already frozen. Ugh.

On a positive note, it sure is nice to have this: 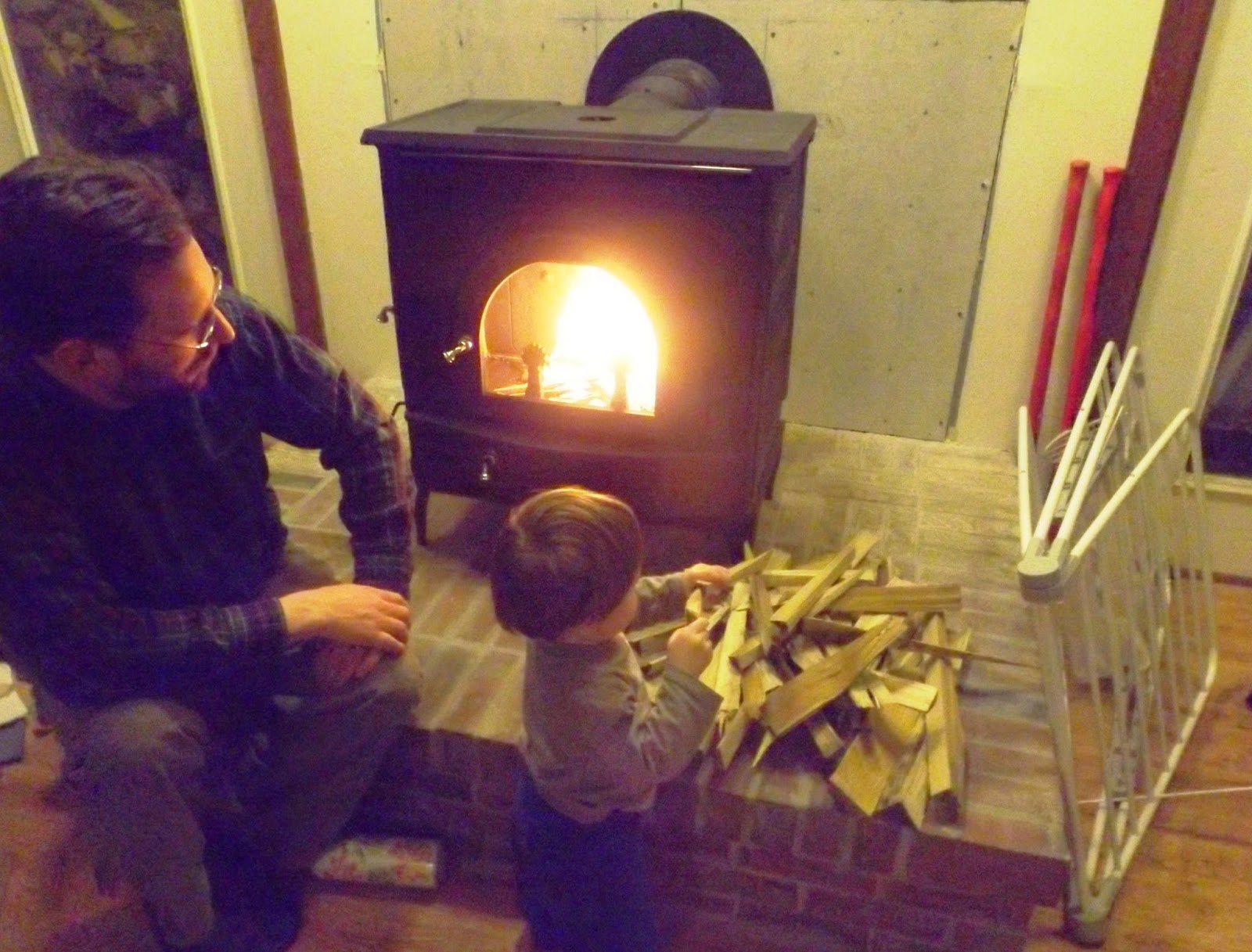 It feels good to be in a warm house for a change. Most of the time it feels like we're living in a drafty cardboard box. We are very thankful for this wood stove!