One litter down, one to go!

Not only that, but it just so happens that the first one to have her litter was none other than the bumbling Cardamom.... 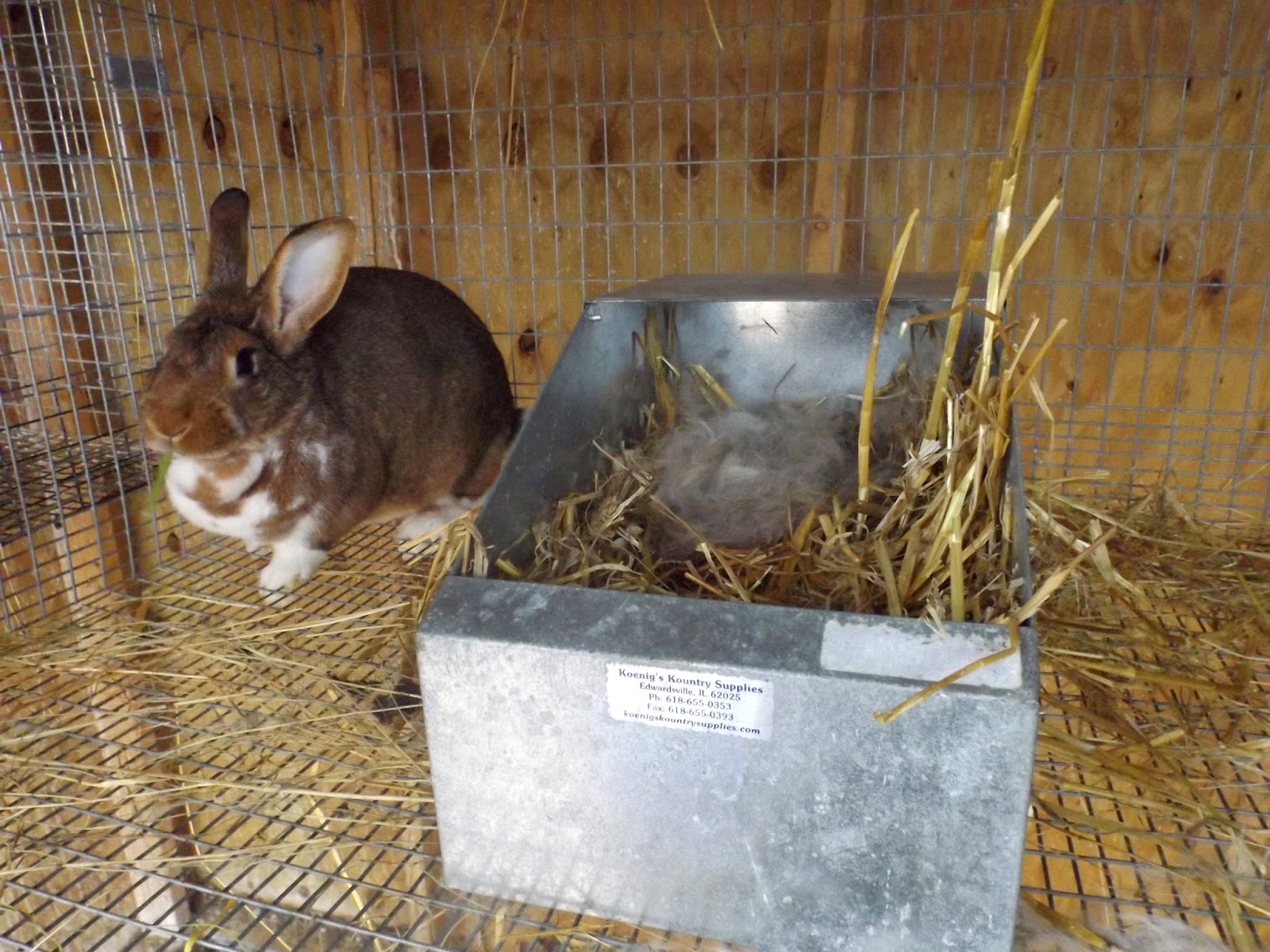 After her last failure I was ready to do her in, but Mark really encouraged me to give her a second chance. I'm so glad I did! 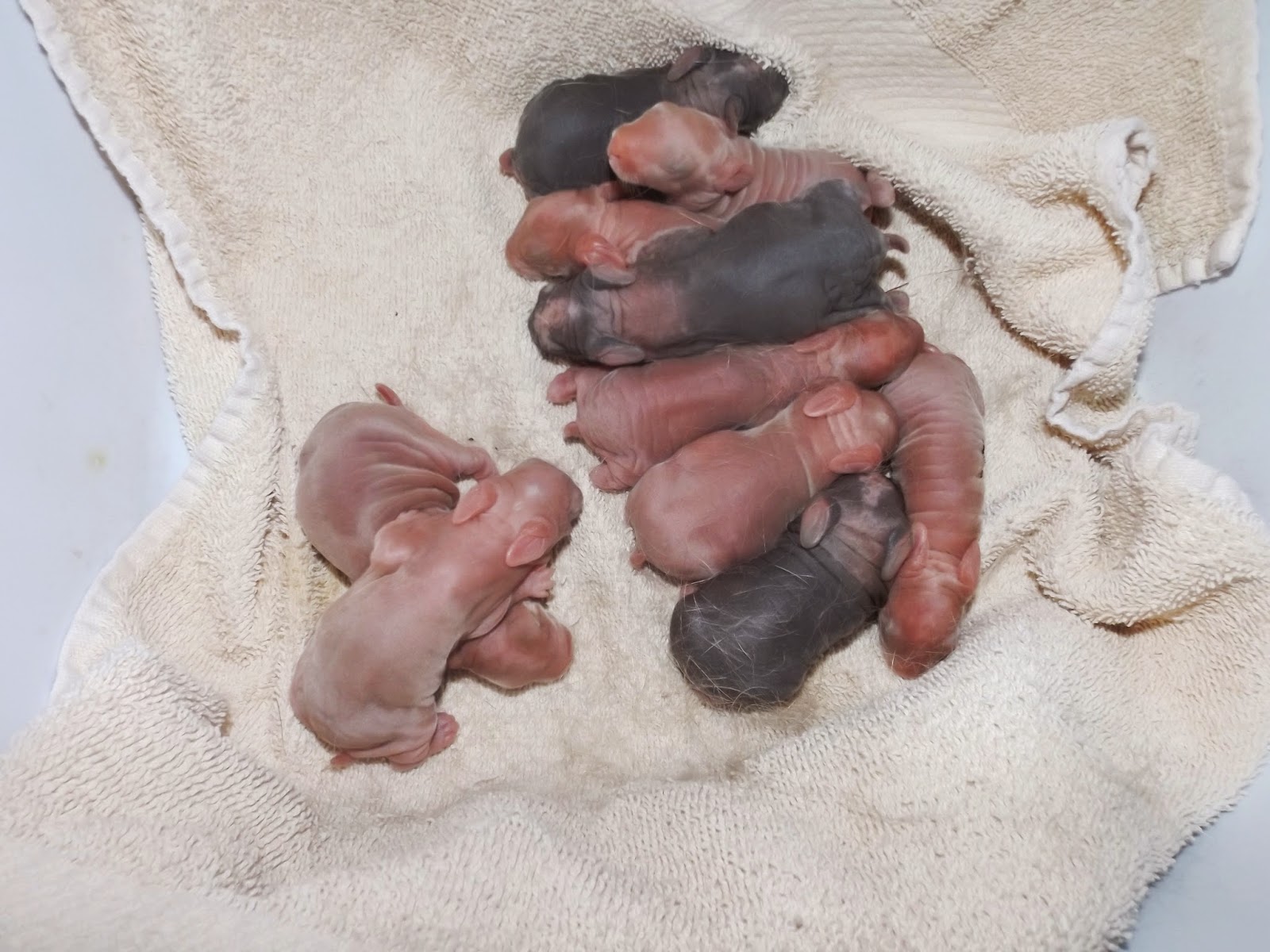 10 healthy, well-fed babies, and a perfect nest with mounds of fur. 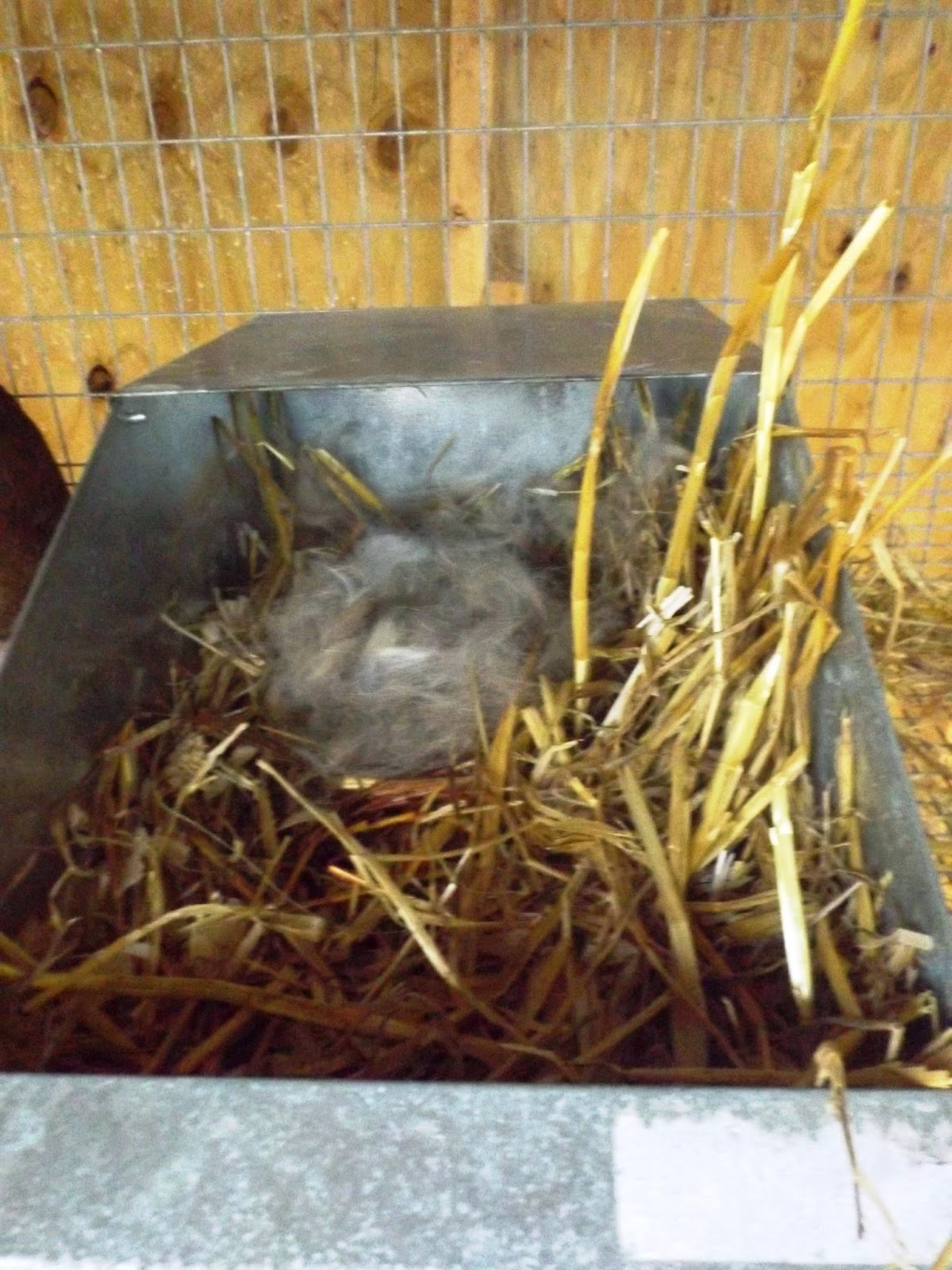 Those babies were cloaked in such a huge sphere of fluff, I had a hard time locating them all! (She didn't pull fur at all last time, in addition to not building a nest.)

I couldn't be more pleased with her, at this point.

Acer, however, is still keeping me guessing. 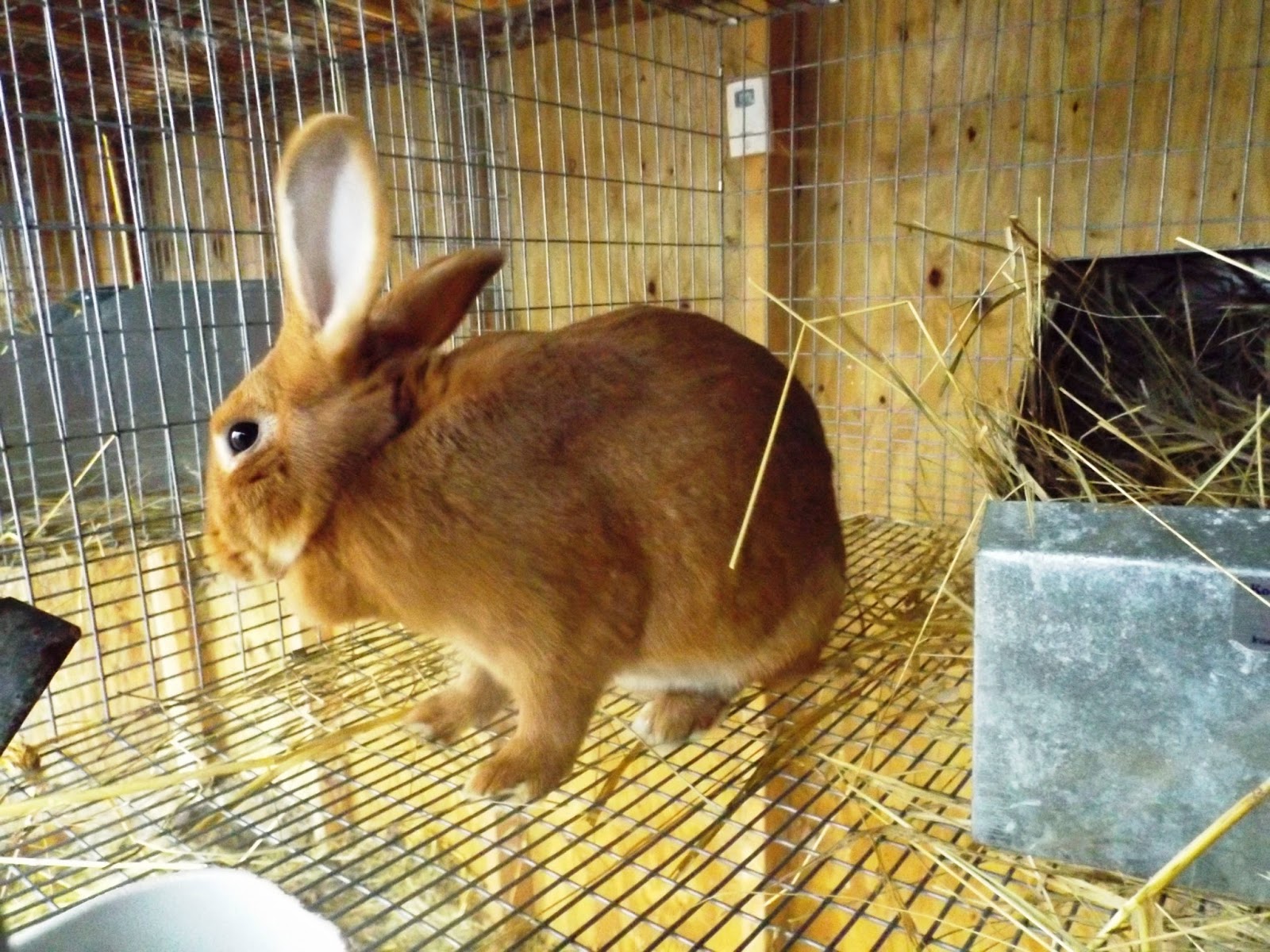 She didn't plump up much this time around, although I know that's not a good indicator whether she's pregnant or not.

She has shown no nest building interest, whatsoever, but we are only on day 32, so I'm just going to have to wait her out.

She was bred to my first-time New Zealand buck, so hopefully he's not shooting blanks. He is built like a brick and has the sweetest personality ever. I really hope he doesn't turn out to be sterile.

But it's really too early to be worrying about that. I'll have my eye on her.

In the meantime, I've got these little boogers to play around with! 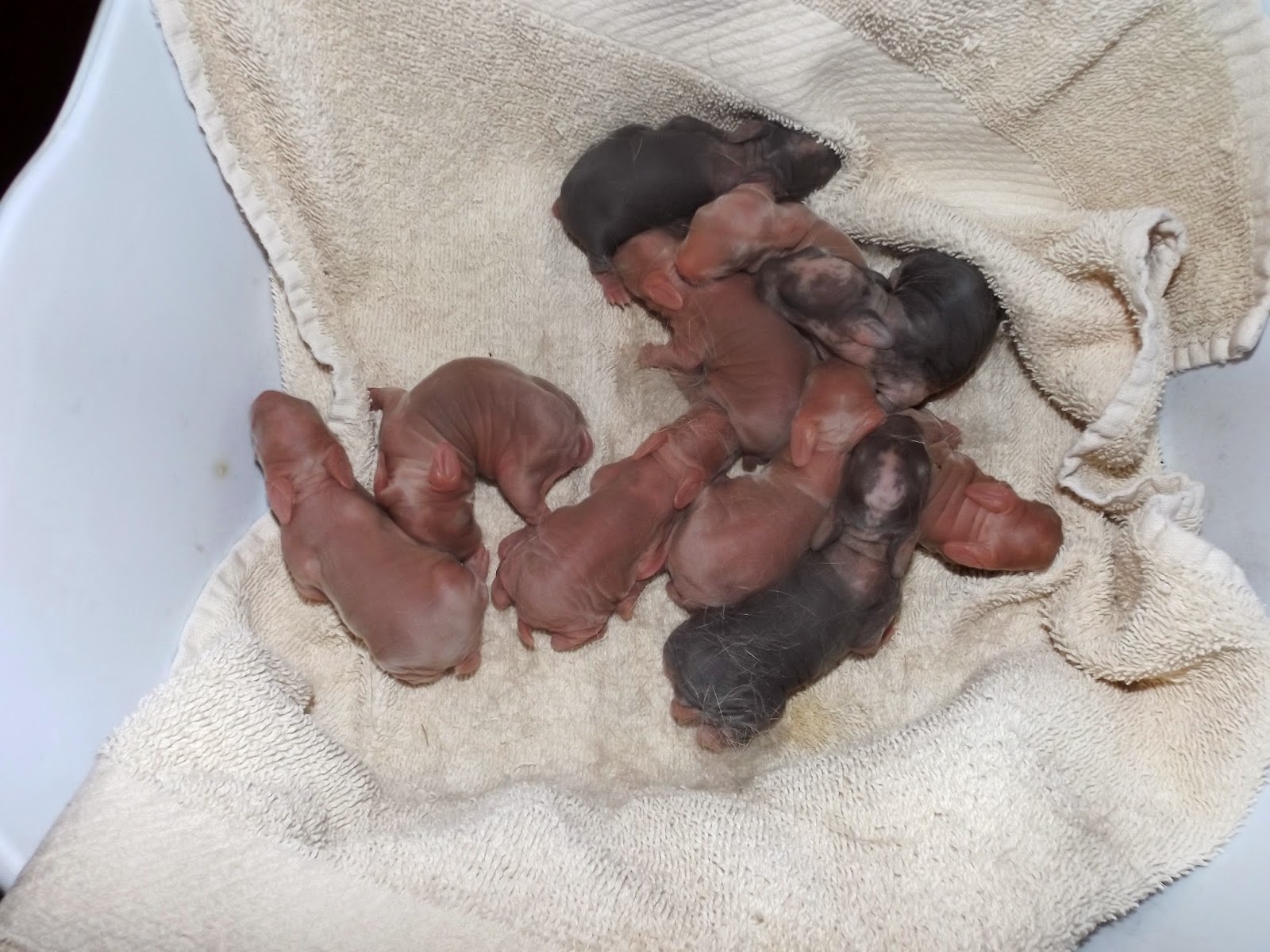 I'm still learning about rabbit colors, but it looks like there are three broken chestnuts and seven that look like broken reds or fawns.

Whatever they are, they look great! 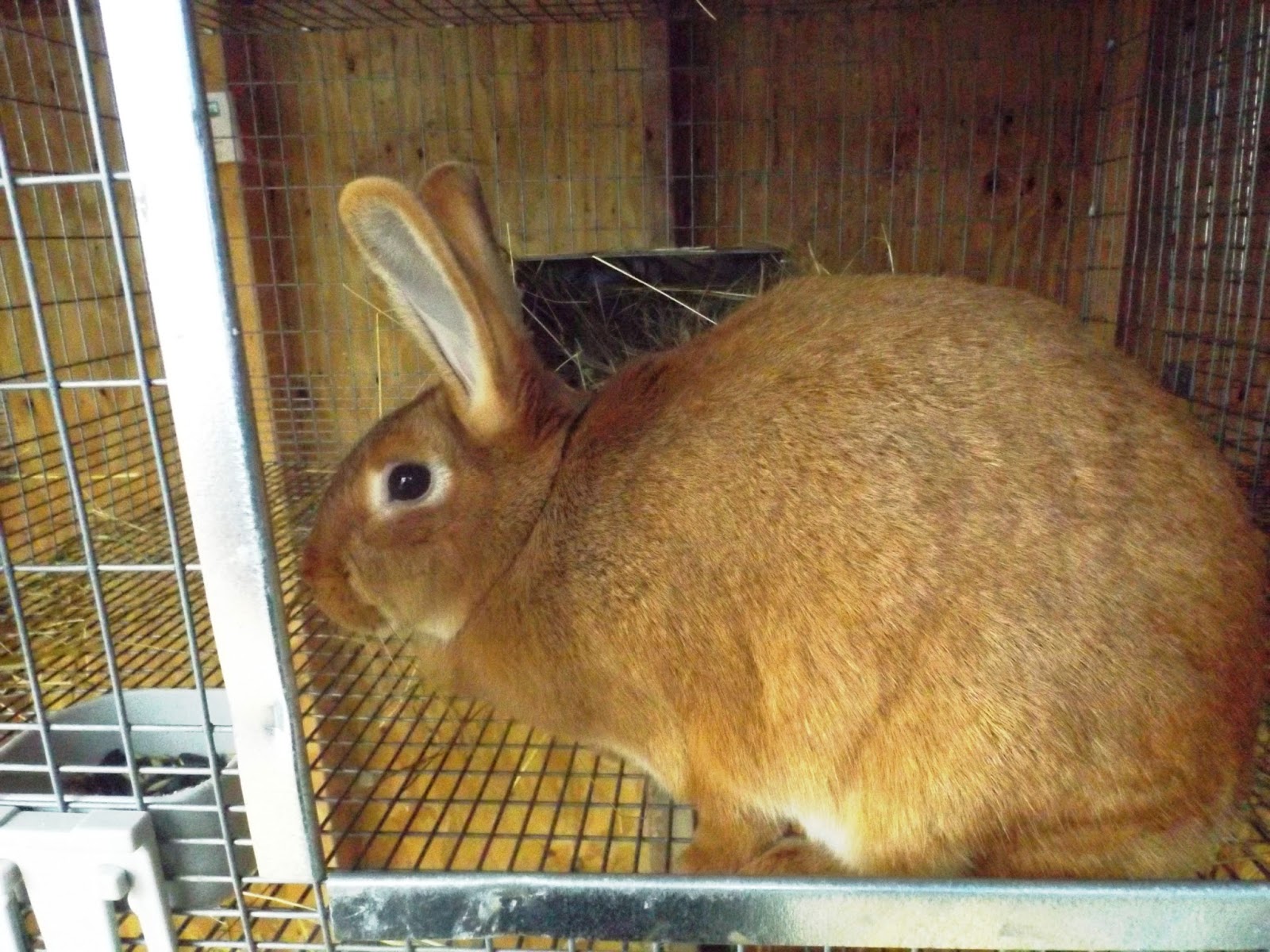