Yesterday Mark finally had a day off, after working for seven days straight. I was planning on giving him a fishing day, even though I've been itching to get some projects done around the house.

But then we got a call from the park maintenance workers, saying they had just found a dog at the treatment plant, and asking if we wanted them to bring her to us.

Drop-offs in the park are all too common, sadly enough. Our dogs Lucy and Dioji were drop-offs, and we get a half-dozen each year, it seems. What's even more tragic, is that there is no animal shelter in our county, just a euthanasia clinic where you pay to have unwanted animals put to sleep. Other county shelters won't take them in.

A few other past drop-offs... 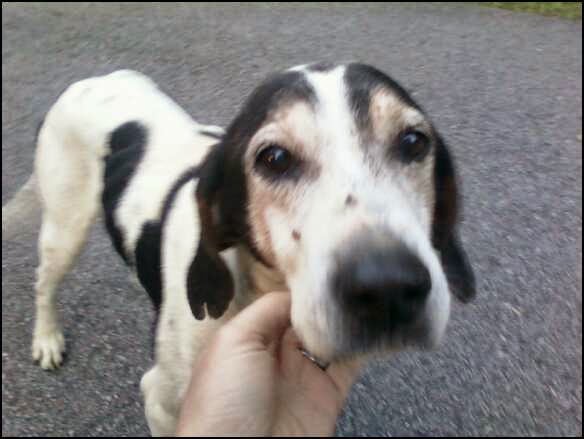 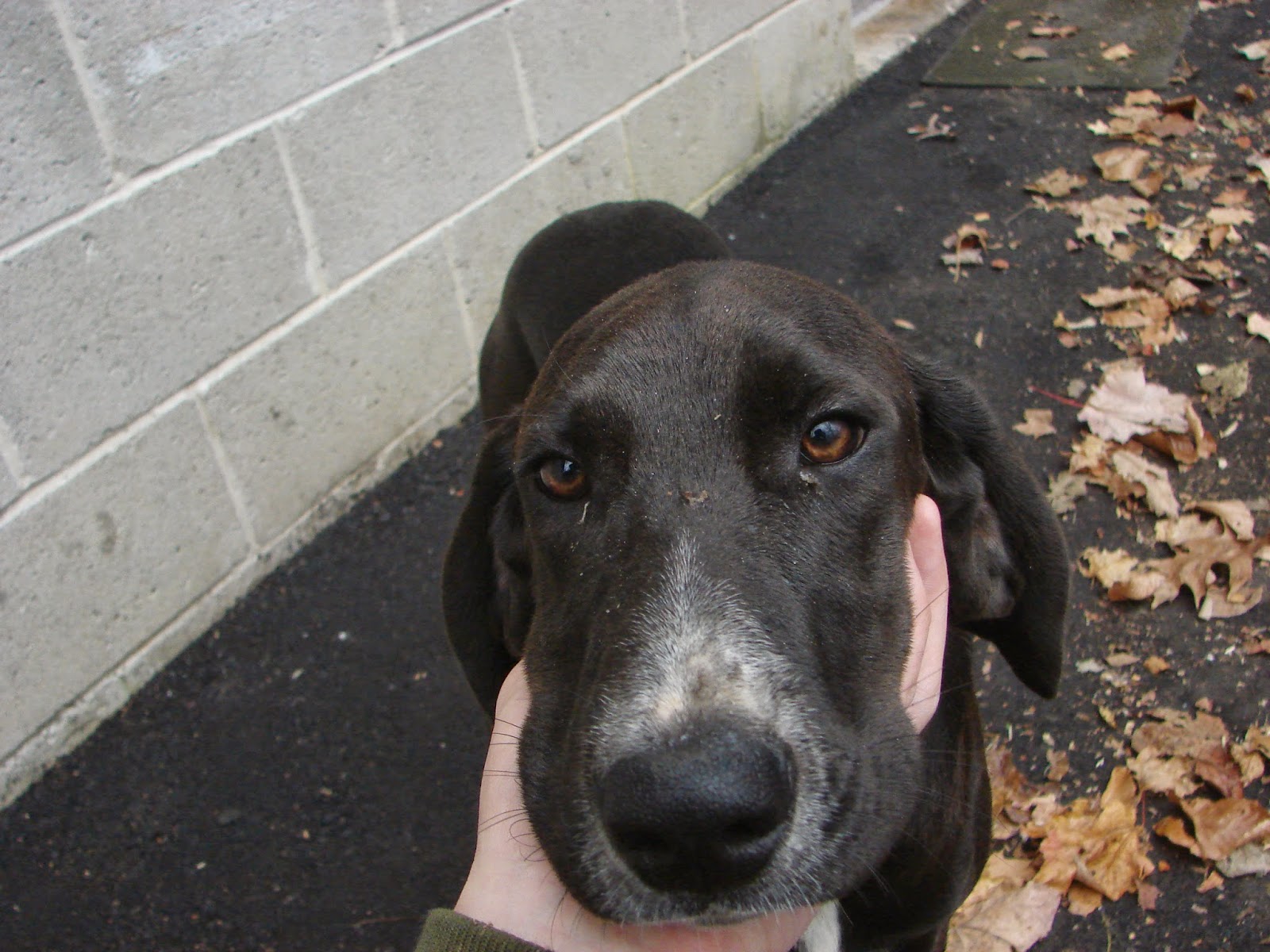 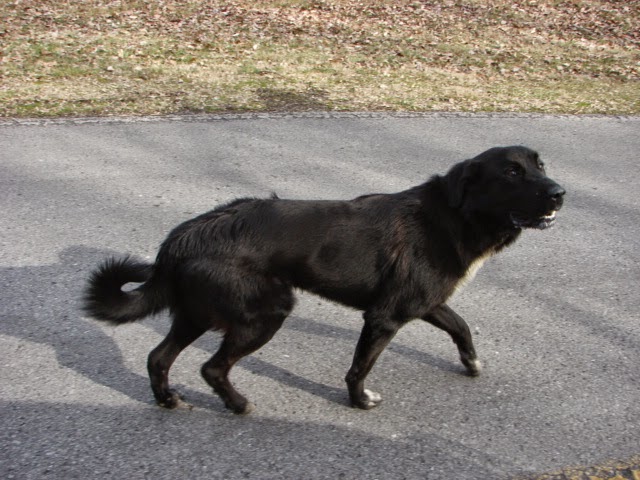 Sometimes we can re-home them, if we can catch them. Every once in awhile a park visitor will take one. One little dog went to my sister. Another (the handsome dog in the last picture) actually ended up being trained as narcotics dog, I believe.

Then there's this little pup... 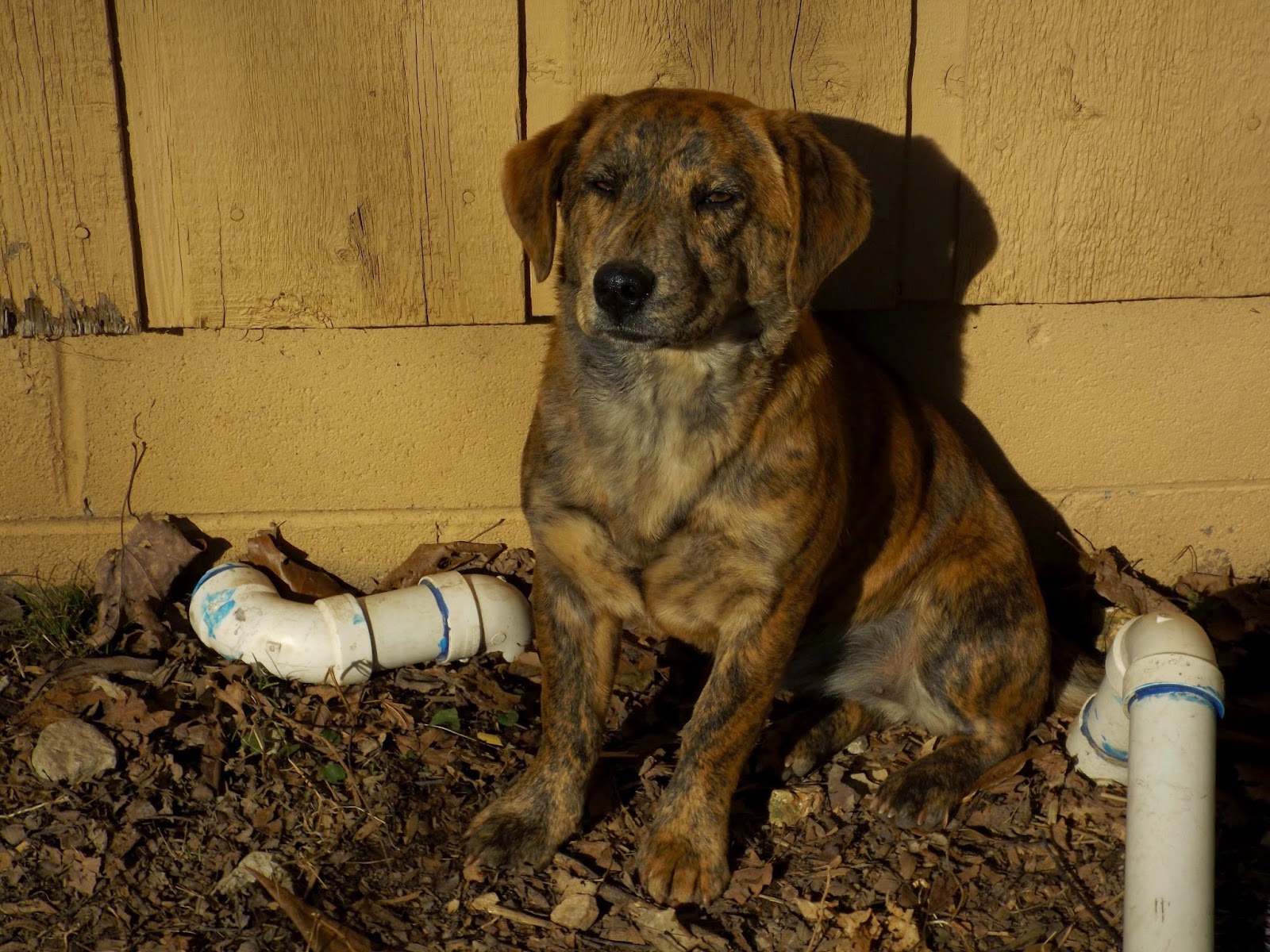 She was just too sweet to say "no" to. So, it looks like she's joining the family.

She's really not in bad condition, but her nails are really worn down, probably from running on the roads a lot.

She looks to be a mix of cur and dachshund, but you never can know for sure. She has a black tongue, which is characteristic of most curs.

So now we are playing the "naming game." It usually takes us awhile to decide, as we bounce names off of each other and usually have a hard time agreeing on one. Mark started calling her Sadie, but I thought we could surely come up with something more original than that, but even after skimming through thousands of names, nothing really stood out to me.

This afternoon I spent some time outside, observing her in a more relaxed, natural state. She really makes me think of some primitive, tribal hunting dog, kind of like the type you would see in some remote village, following her people through the forest. 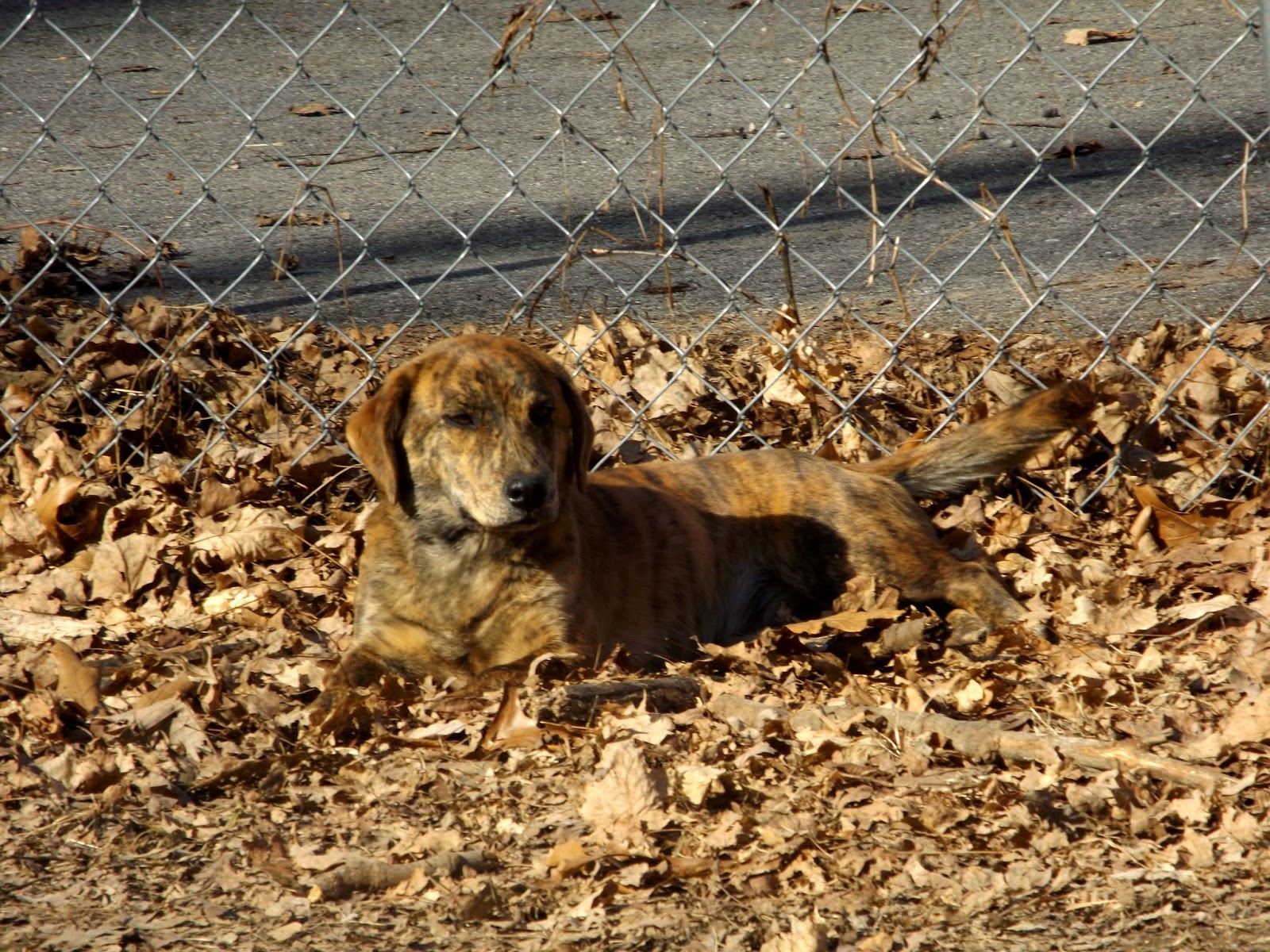 So I began to read through Native American names, and narrowed it down to two: Ayasha (Cheyenne for "little one") and Mika (Sioux for "intelligent raccoon"). 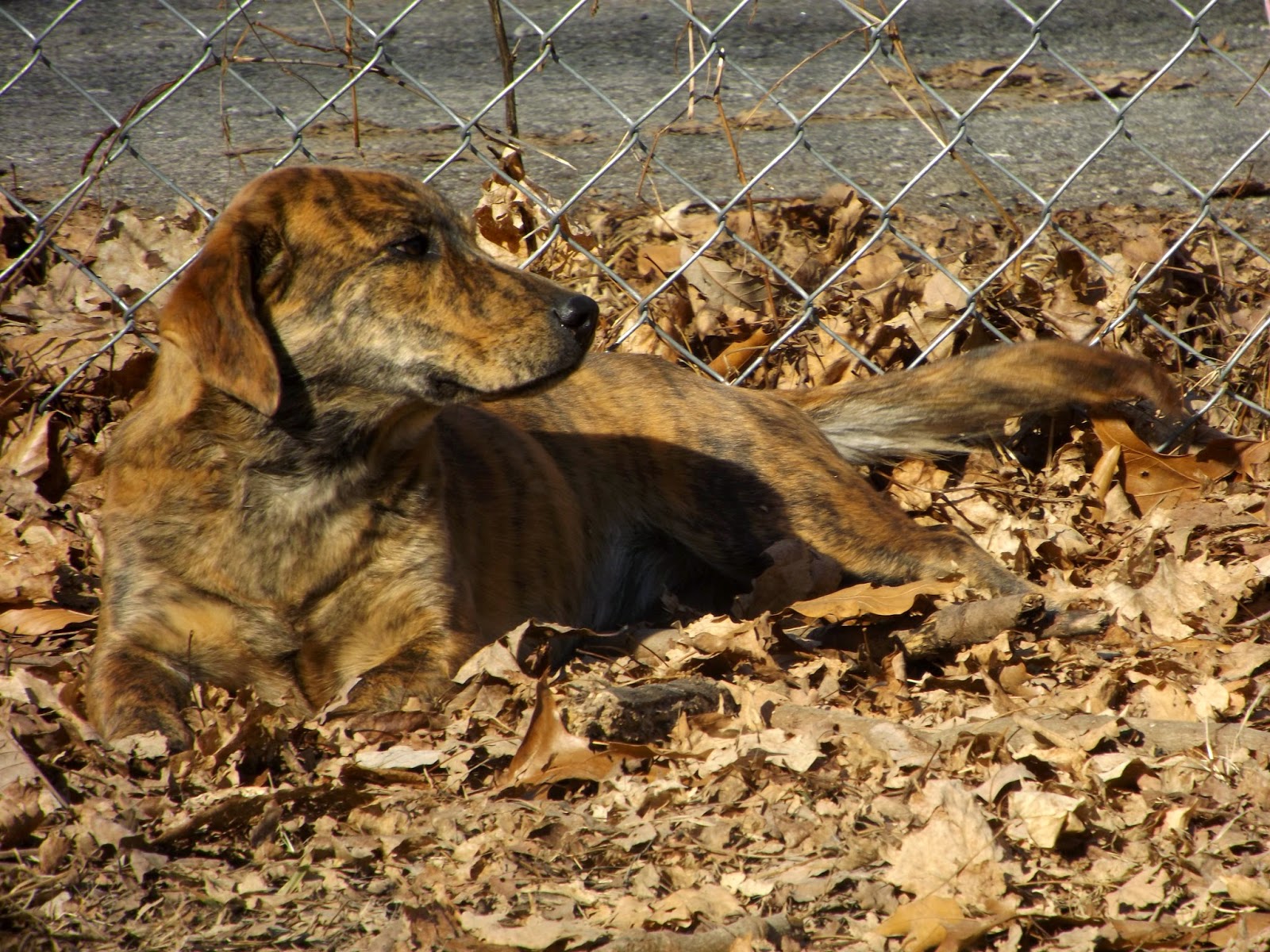 I'm strongly leaning towards Mika, at this point, but I need to discuss it with the hubby first. 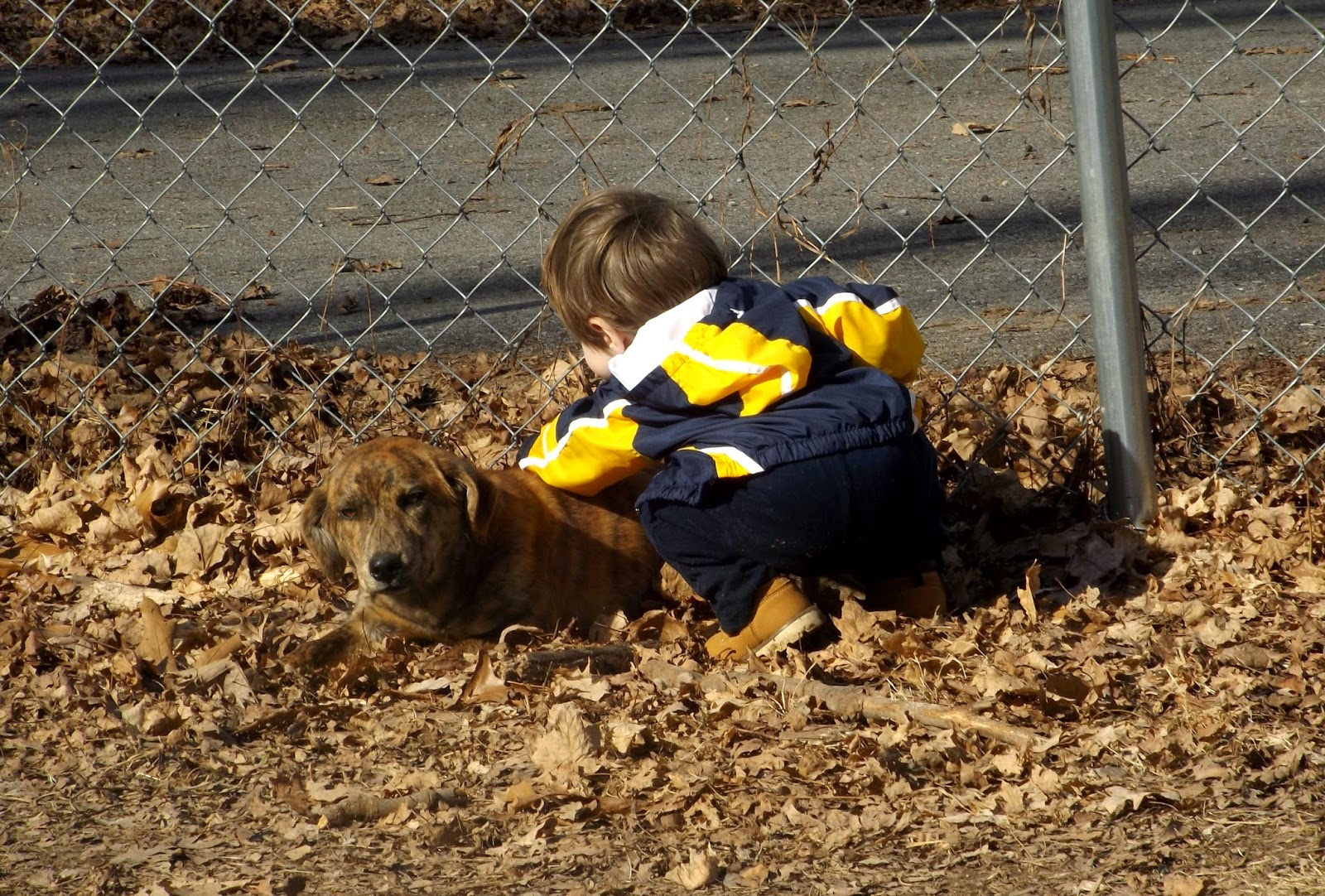 She is very good with Ian, as well.

We'll be setting up a vet visit soon. I'm thinking she's probably between 6 and 12 months of age, but I'll be interested to see what the vet thinks.

Needless to say, our Monday went a little differently than we expected. Sorry Mark, I still owe you a fishing trip.

We did make it into town so we could pick up a few needed supplies for my latest project.

I mentioned in my last post about modifying the old bird pen into a grow out pen for the rabbits.

It's already pretty secure, but I decided to add a row of chicken wire for added security, and to help keep rabbits from digging out. 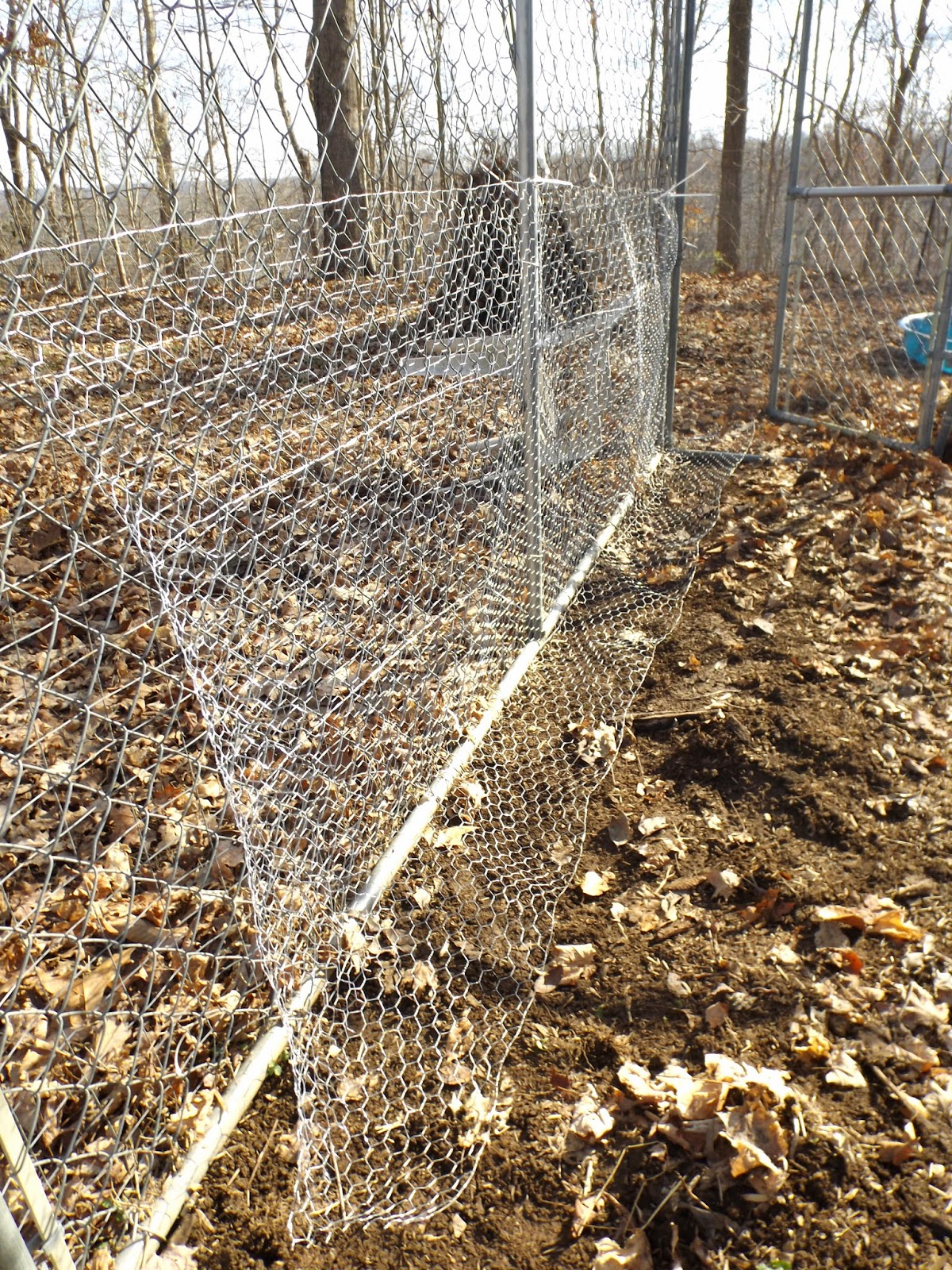 I probably should have pulled the wire down further, but I had such a good start, I hated to go back and re-do it. It will probably be sufficient. This pen won't be housing rabbits any longer than a month or two at a time. I'm going to rake the ground back over it and tamp it down real well.

I wasn't  expecting to even get that far with it, really, so I was pleasantly surprised.

Progress is slow, with this kid in tow, but it is progress, nonetheless.

It was great for him to have so much outside time today, even if I was chasing him half the time.

Hopefully we can get the grow outs moved in there this weekend. All I really lack after laying the chicken wire is weather proofing (tarps) and making a couple of shelters out of plastic storage bins.

It's amazing how warmer weather makes you more productive! This trend will continue for awhile, but I'm sure the bitter cold will visit us again, soon. It is January, after all.