We found one partially eaten kit on the wire and one, alive but cool, in the nest box.

I warmed him up and put him in Cardamom's nest box for the meantime, just to see if Acer would have any more kits.

It doesn't appear that she is going to at this point, but I will still be watching her.

I'm wondering if she got spooked, yesterday evening. I noticed when I went out to feed them last night that her J-feeder had been knocked out, the nest box was on its side and her cage door was askew, as if she was running around spastically her cage.

The one kit still looks really good, and she had already fed it by the time I looked at it.

I suppose I could always keep the box indoors, and take it out to her a couple of times a day for feeding, but I think I'd rather just let Cardamom raise it, and re-breed Acer again in a few days to try for another litter.

She did such a fantastic job last time. It's disappointing that she didn't repeat her success.

Cardamom's kits are looking great, however... 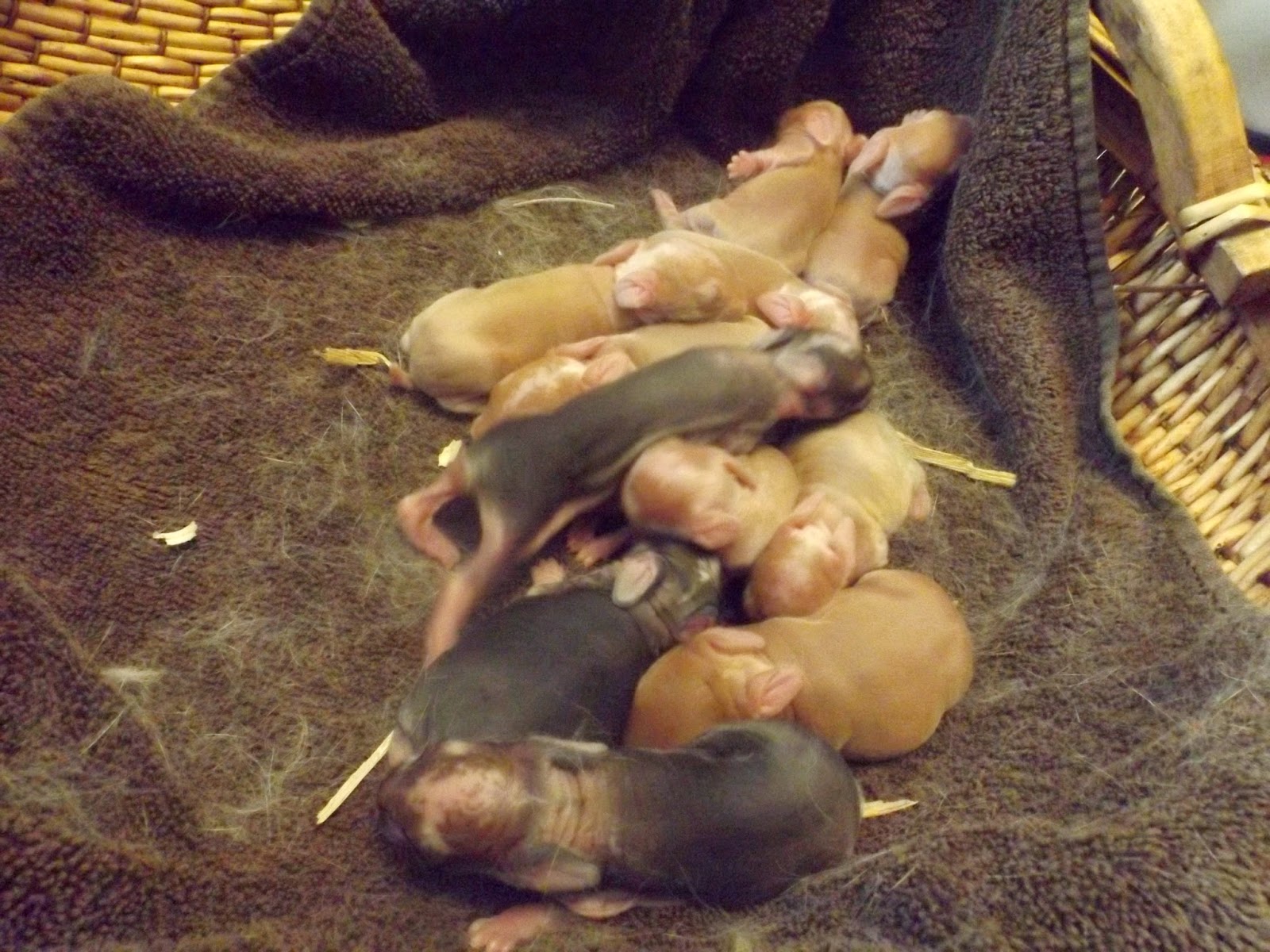 Acer's is the chunky red one, second from the front.

Two or three of the kits are a little on the runty side, so I've pulled the box and will return it to Cardamom with just the little guys so they can get a good feeding on their own.

I'll be very impressed if she successfully raises all eleven!

Funny, how the tables turned with these does, this time around.

We were a little surprised to wake up to snow this morning. It's mostly melted by now, but it was lovely while it lasted.

Mark and I finally agreed on the name Mika, for our new little dog.

She made her first vet visit today, getting a checkup and shots and such. The vet agreed on the breed mixture we decided on, and determined she was 6-8 months old, but not yet sexually mature. NOT pregnant, in other words, which is a huge relief! We'll still be getting her fixed pretty soon, though.

We actually caught them playing together, this morning. 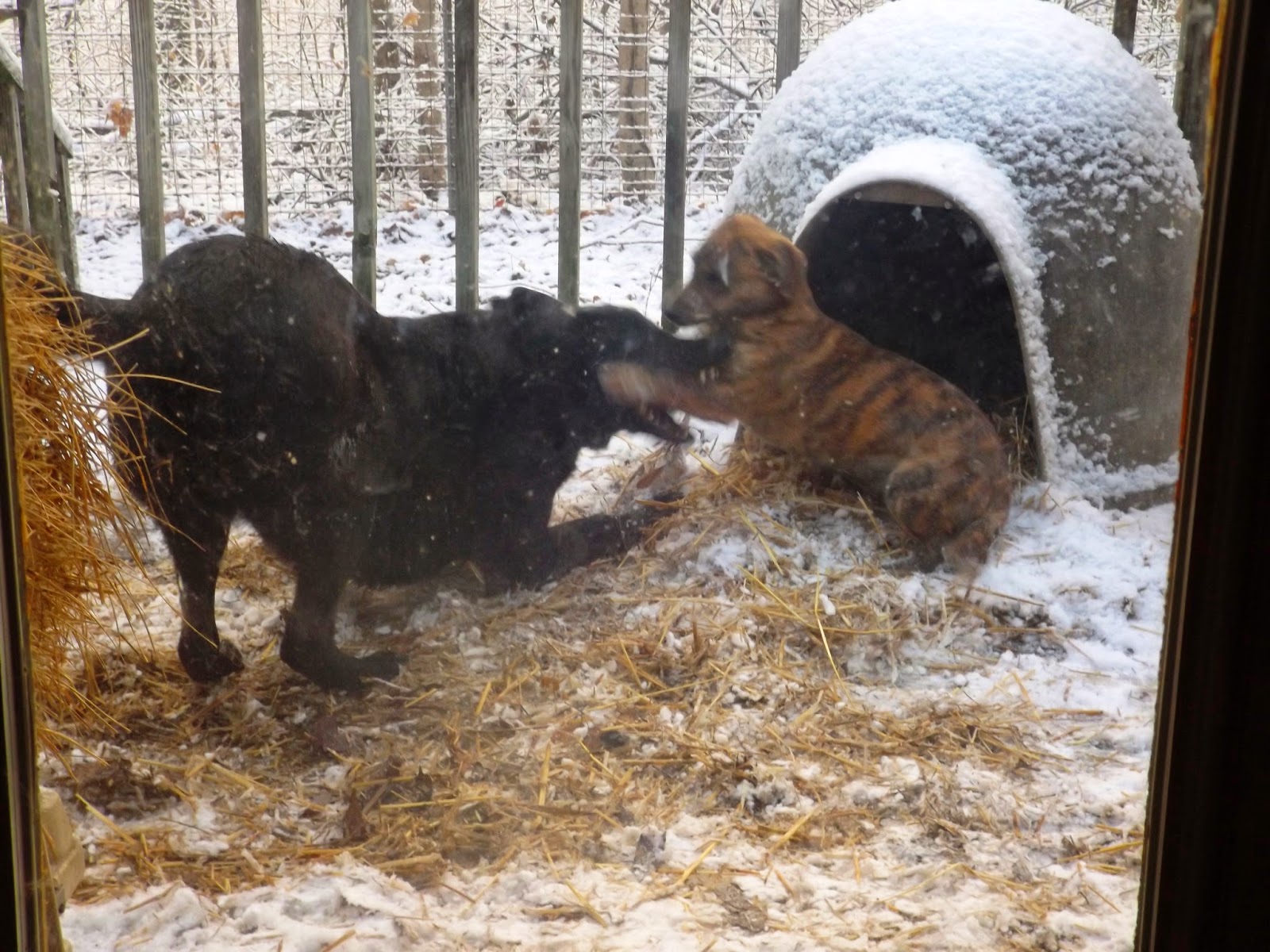 Welcome to the family, Mika!