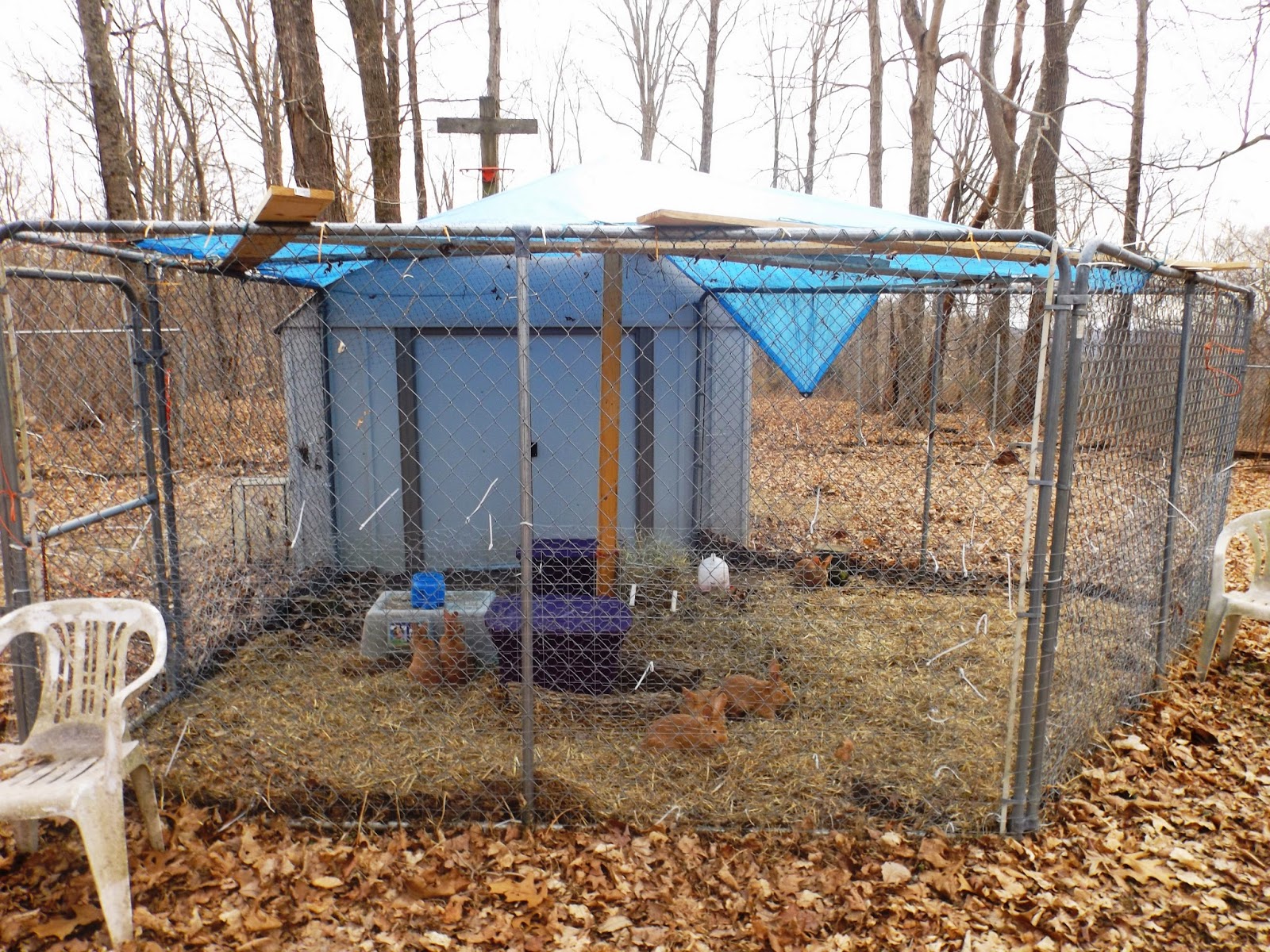 It took some chicken wire, a little ingenuity, and a TON of zip ties, but it is finally DONE! 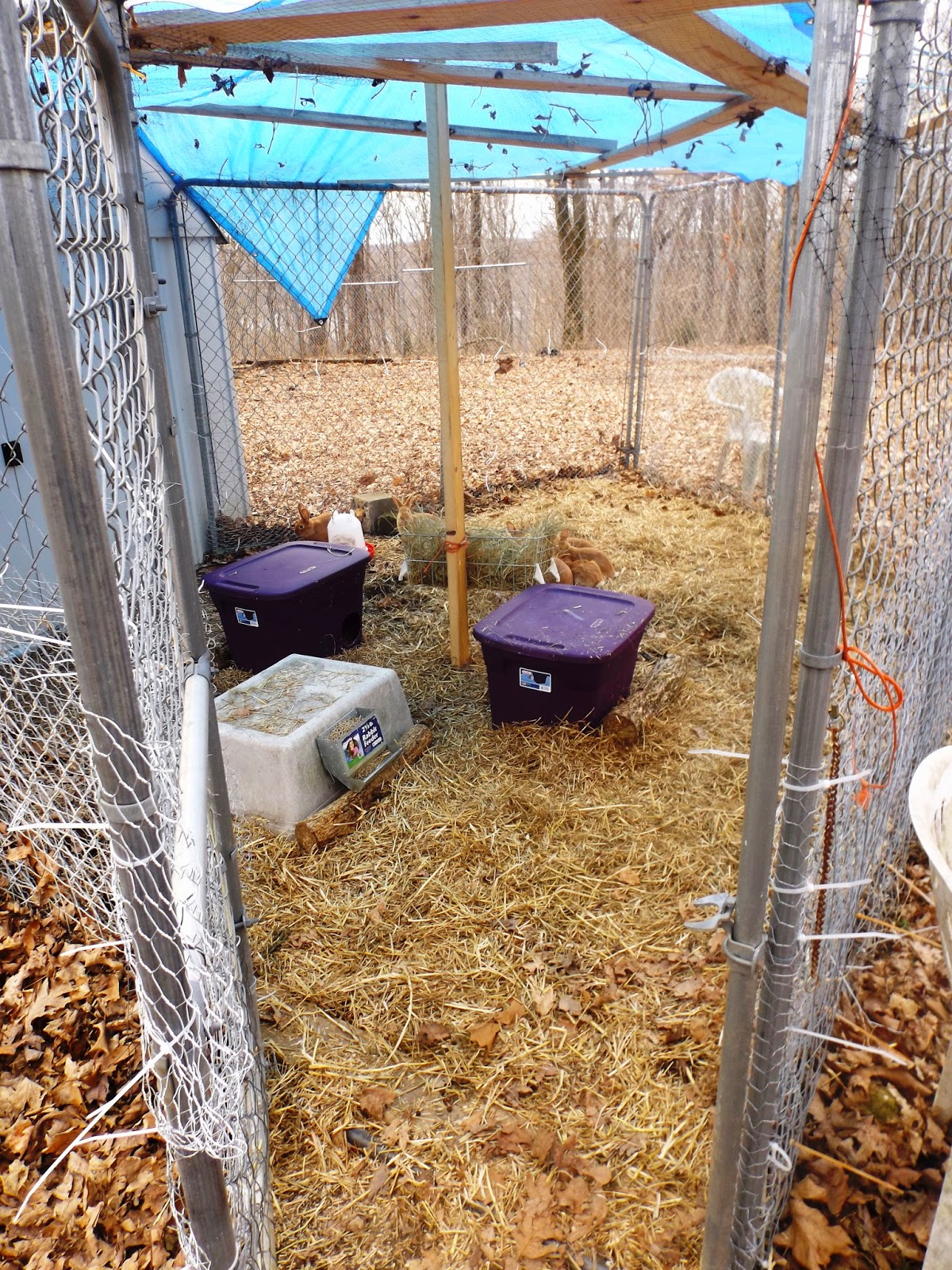 The pen is on the other side of our yard, so I had to load them up in a carrier to get them there. Once I got all seven buns in the cage and tried to lift it, I realized they were really freakin' heavy! So I set the cage on the wheelbarrow and rolled them across the yard. I got a funny look from the hubby as I wheeled them past the living room window. Haha! (Too bad there's no picture.) 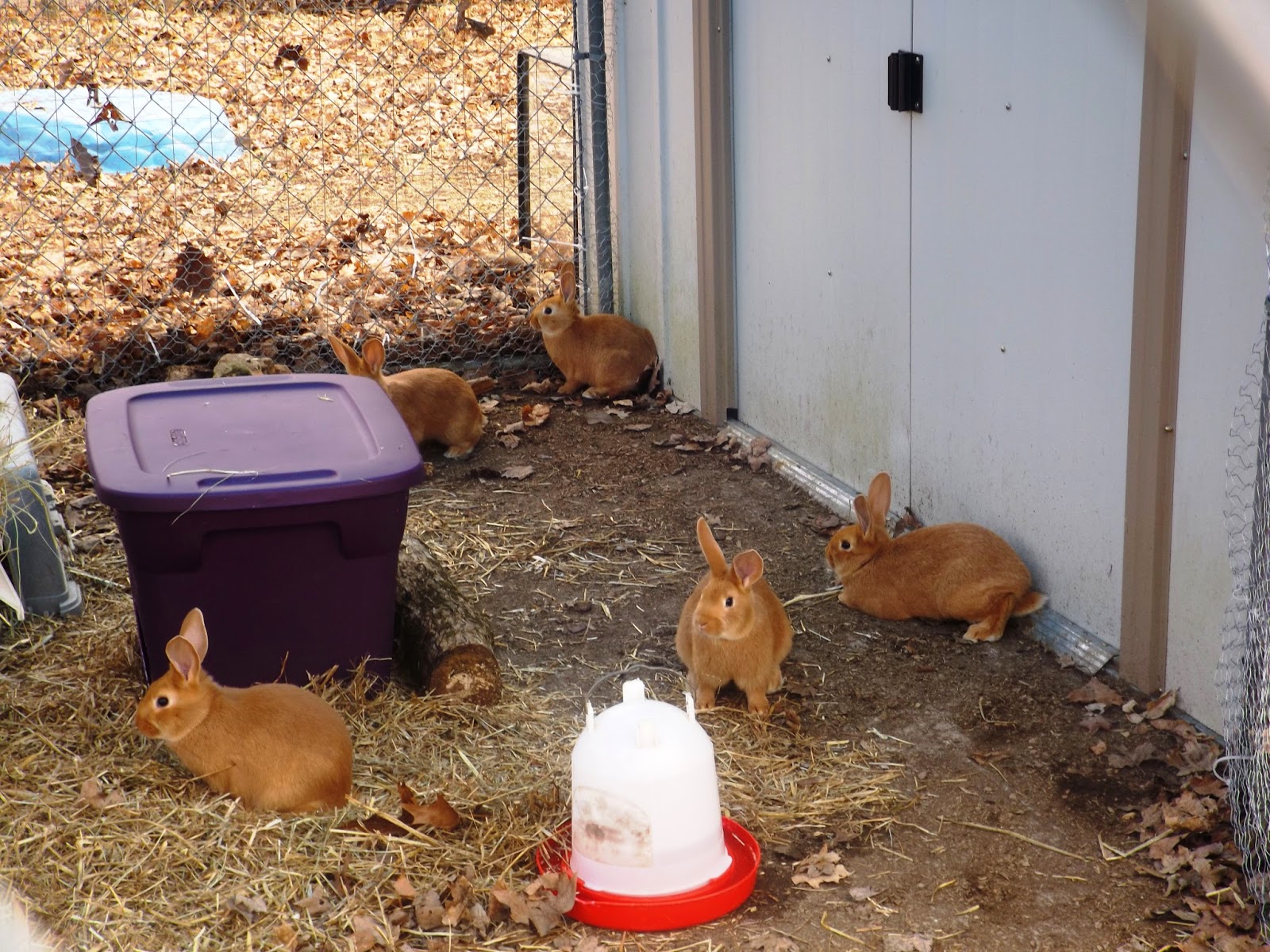 I'm still doing a little tweaking, as far as their food and water set up is concerned, but so far it's working out great! 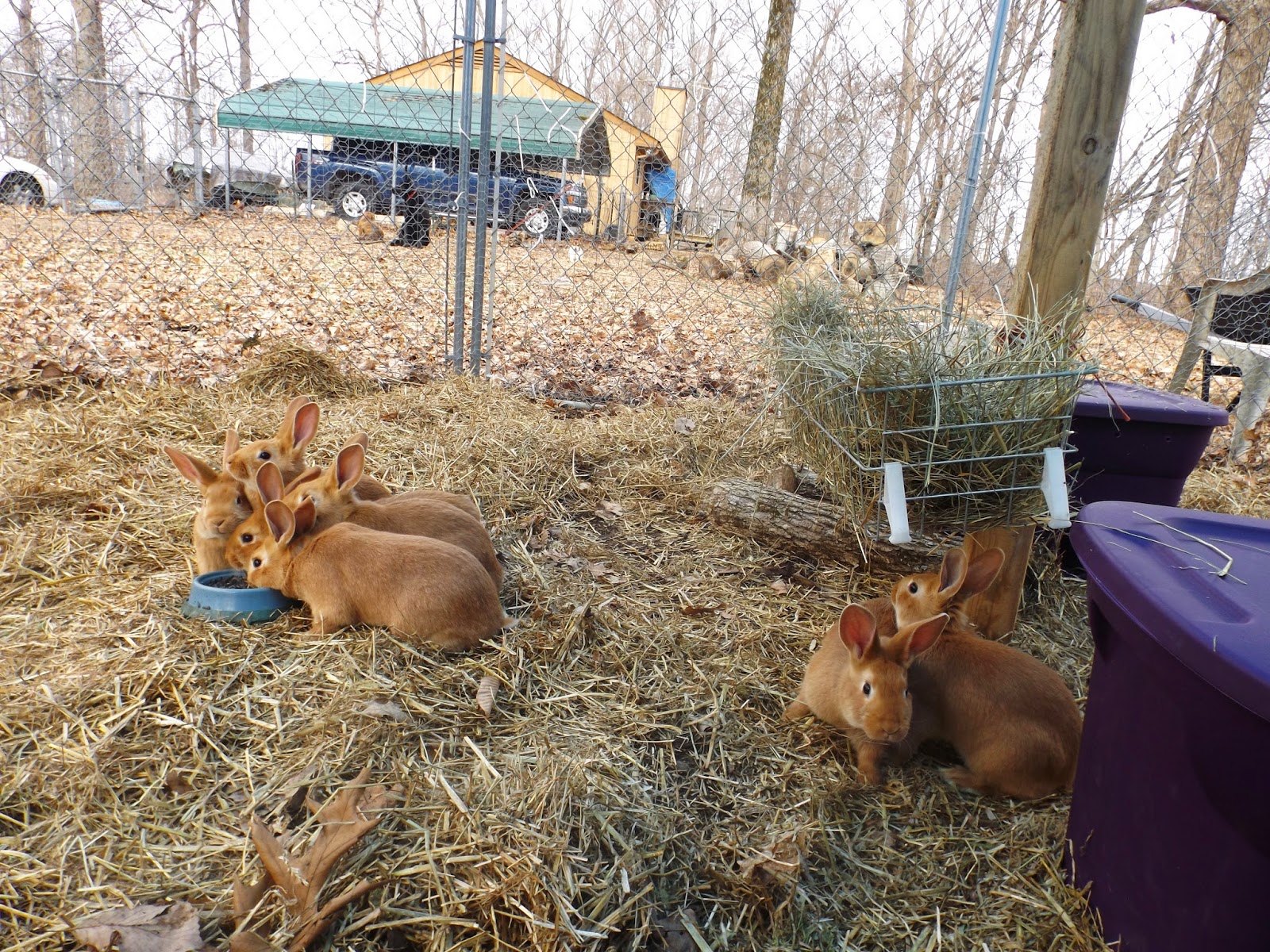 They will be 10 weeks old, tomorrow. Hopefully I can get some weights on them this evening. Some of them are already pretty solid and meaty! All except for the doe, of course. :/


They have plenty of places to hide, and lots of room to run and bounce around. 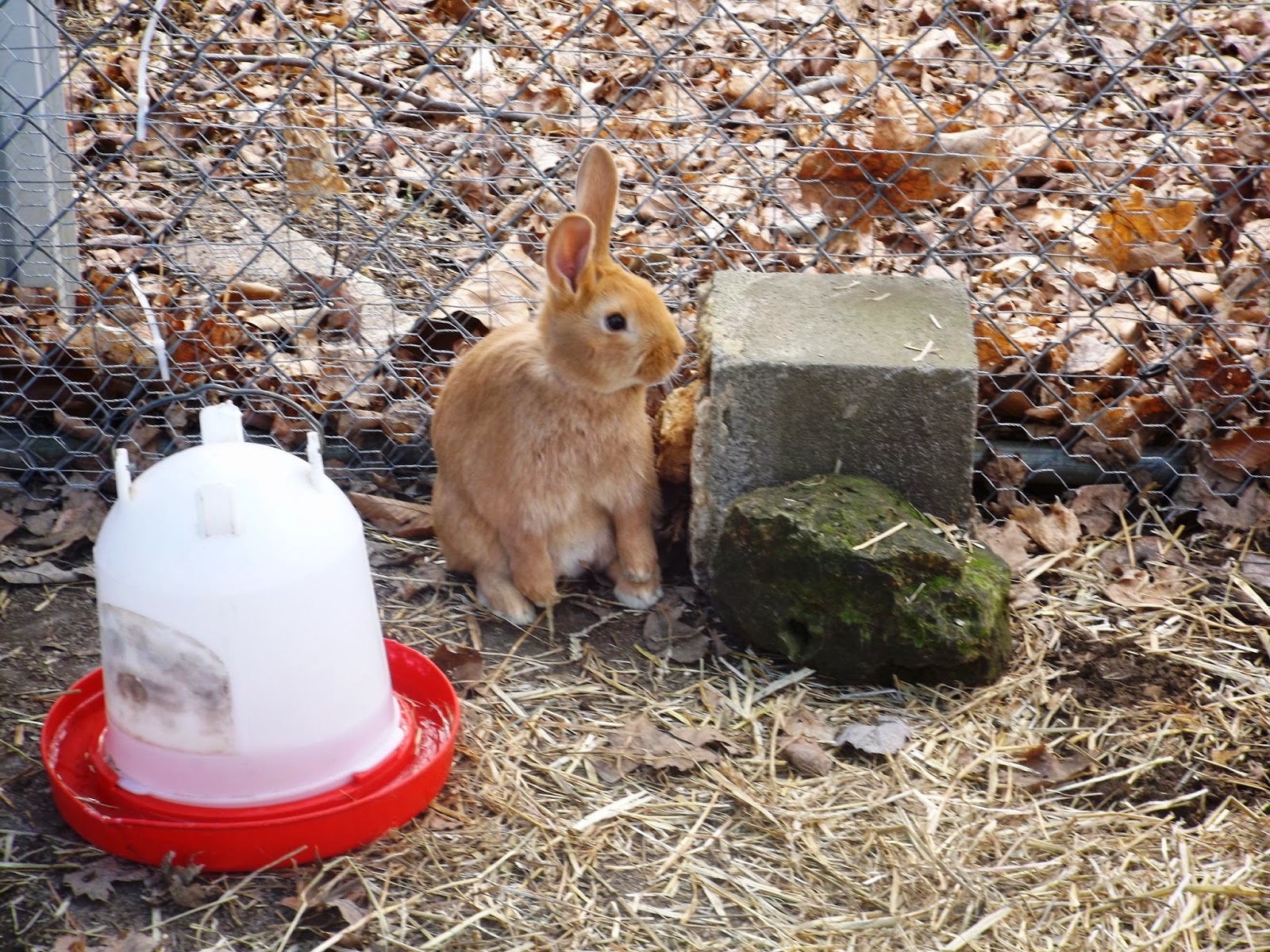 They are so much fun to watch, I could stay out here all day.

Somebody else likes to watch them too.... 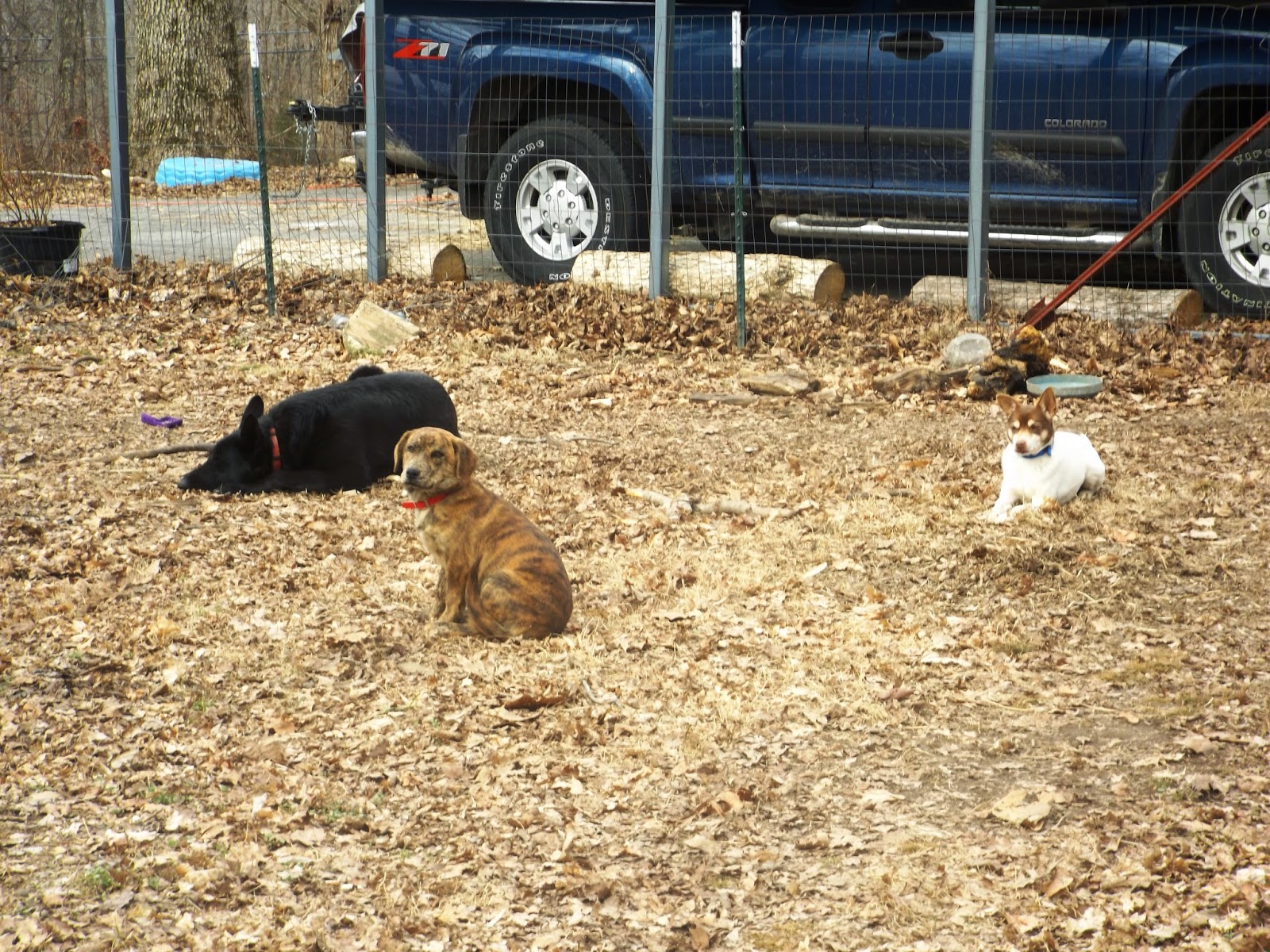 Tala (the shepherd) and Dioji (the terrier) are accustomed to the rules regarding livestock, but little Mika is still learning. I'm having to watch her like a hawk. Even though she's hardly given the chickens a second glance, she is very interested in the rabbits.

Luckily, she is highly responsive to vocal reprimands, so I'm hoping those will be the only corrections I will need to curb any unwanted behavior.

It would take any of them a LOT of work to get into the pen, but my fear is that she will really have a go at it sometime when we are not around, digging her way in. This may trigger the other two to get in on it too. I'm probably going to have to do some serious one-on-one training sessions with Mika, right in among the rabbits, to let her know in no uncertain terms that they are MINE, not HERS.

She has been a really great dog, otherwise. She joined us for her first pack walk, the other day, and has taken right to the leash. 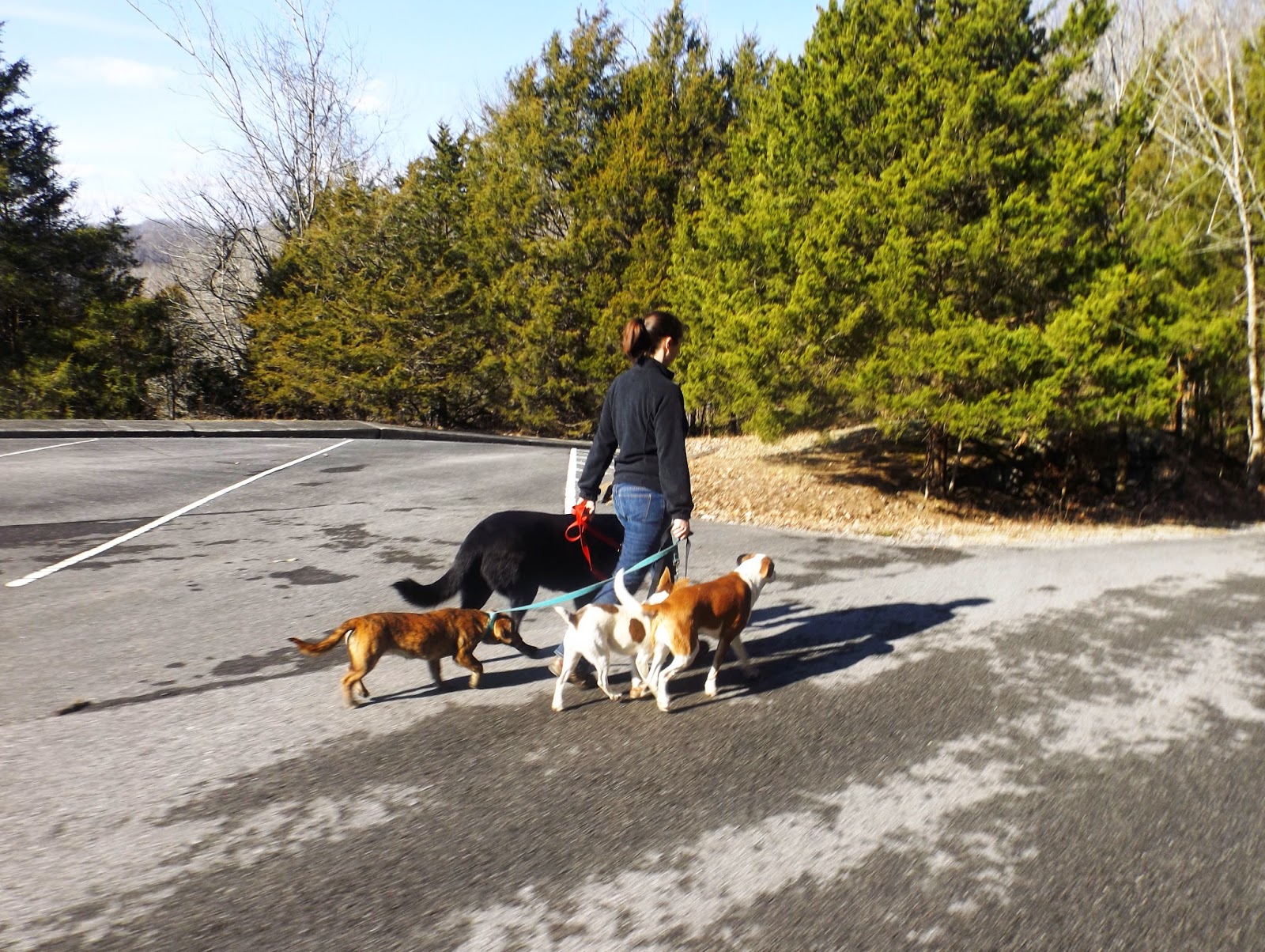 She's still not thrilled with loading into the car, but I'm sure that will improve with time.

The new babies are all doing well. I took one more of the runty broken reds from Cardamom's group and put it in Acer's box. It just could not seem to catch up with its siblings. 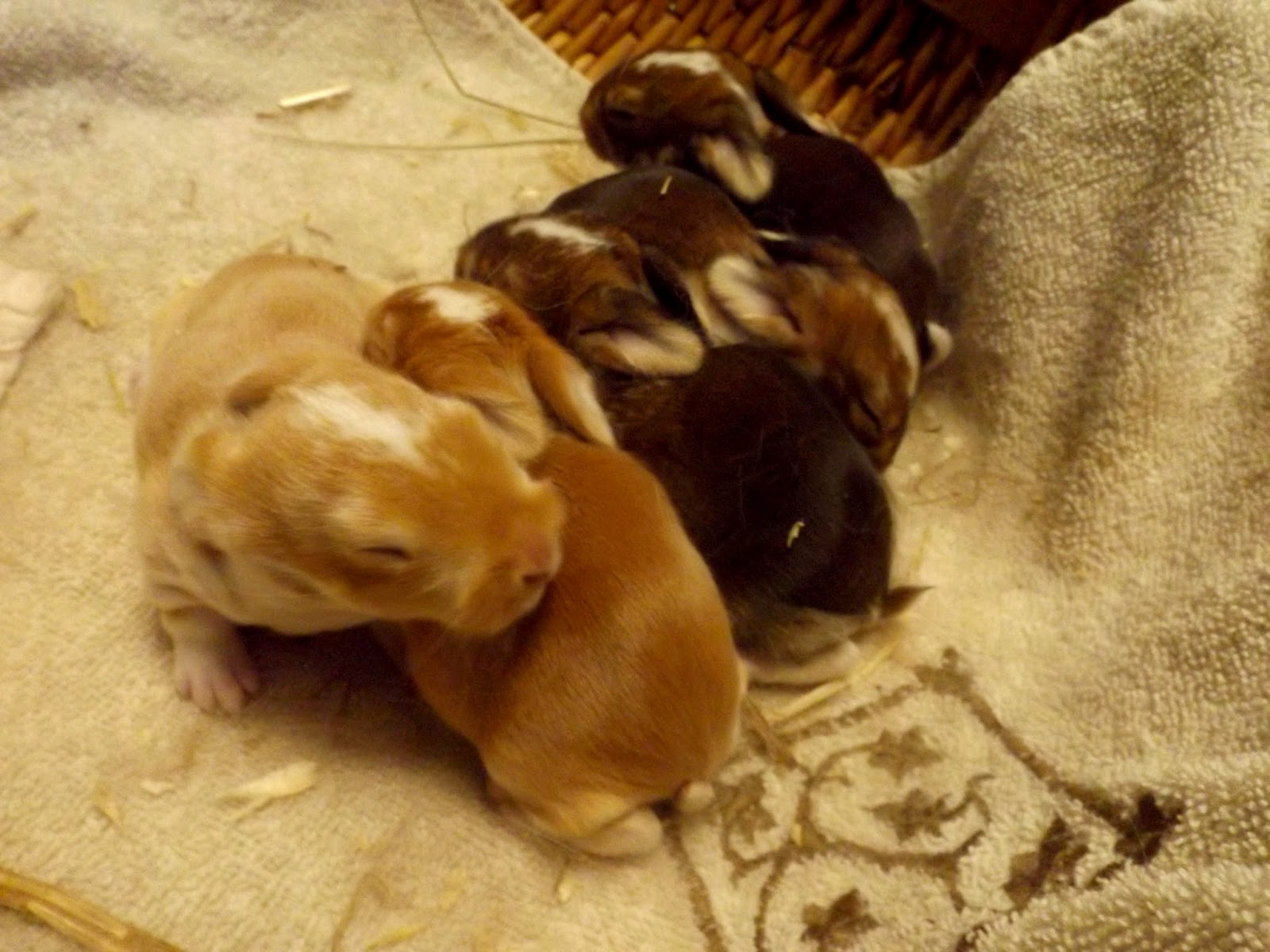 Even after 24 hours with Acer, I could tell that it had grown a little, and had a nice big, bursting belly. 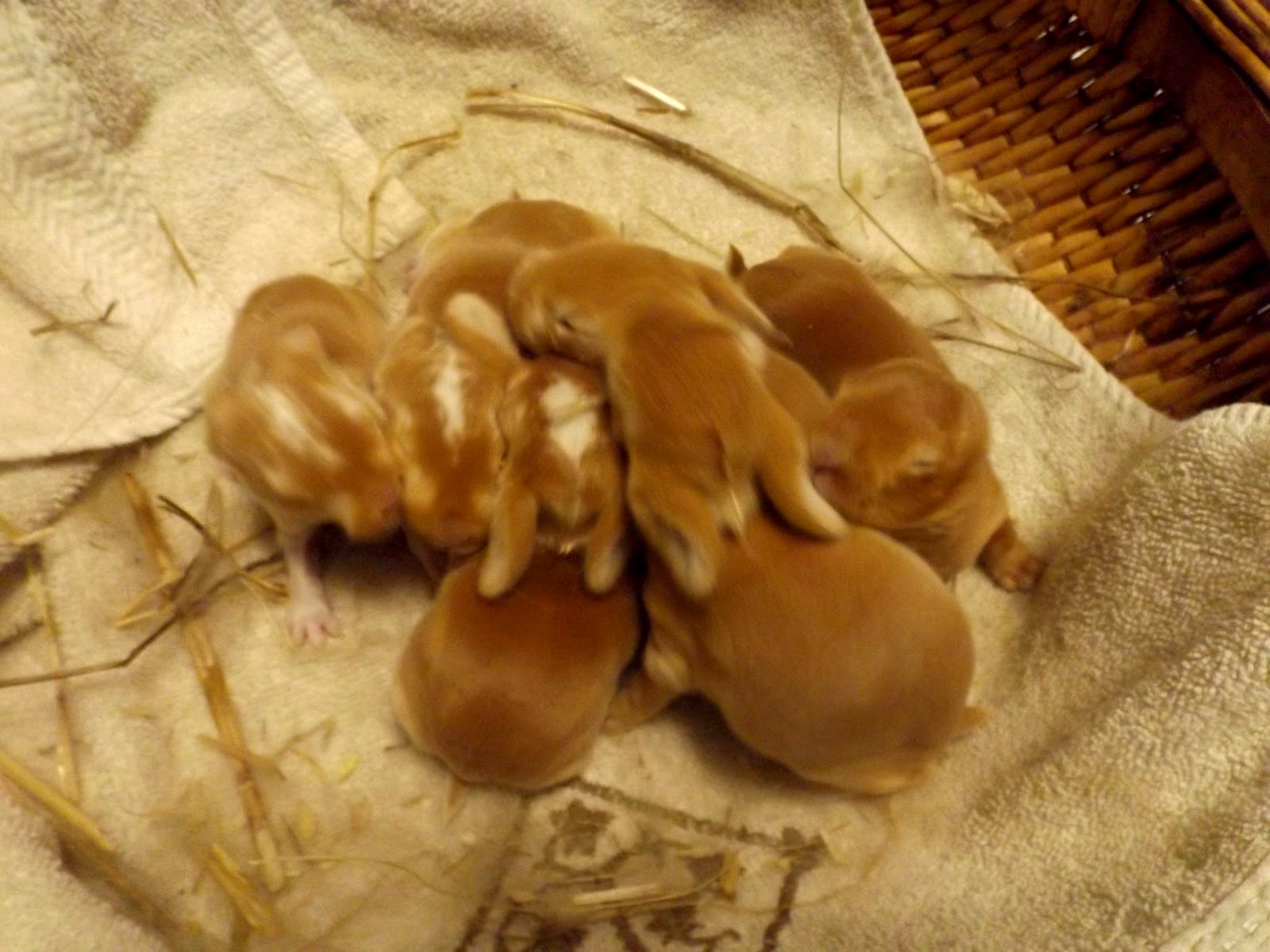 I'm hoping that all the extra nursing will help Acer lose a little internal fat. I'm thinking that that is why she had only two kits, this time around. Since I re-bred her when her kits were 4 weeks old, she probably weaned them a lot earlier than 8 weeks, which is when I removed her from them. So I think she was pigging out on their food, a little too much.

In just a few weeks I will be breeding the New Zealands back, and breeding my little Creme doe for the first time. Yippee!

The wood stove installation is FINALLY done, at our park residence! 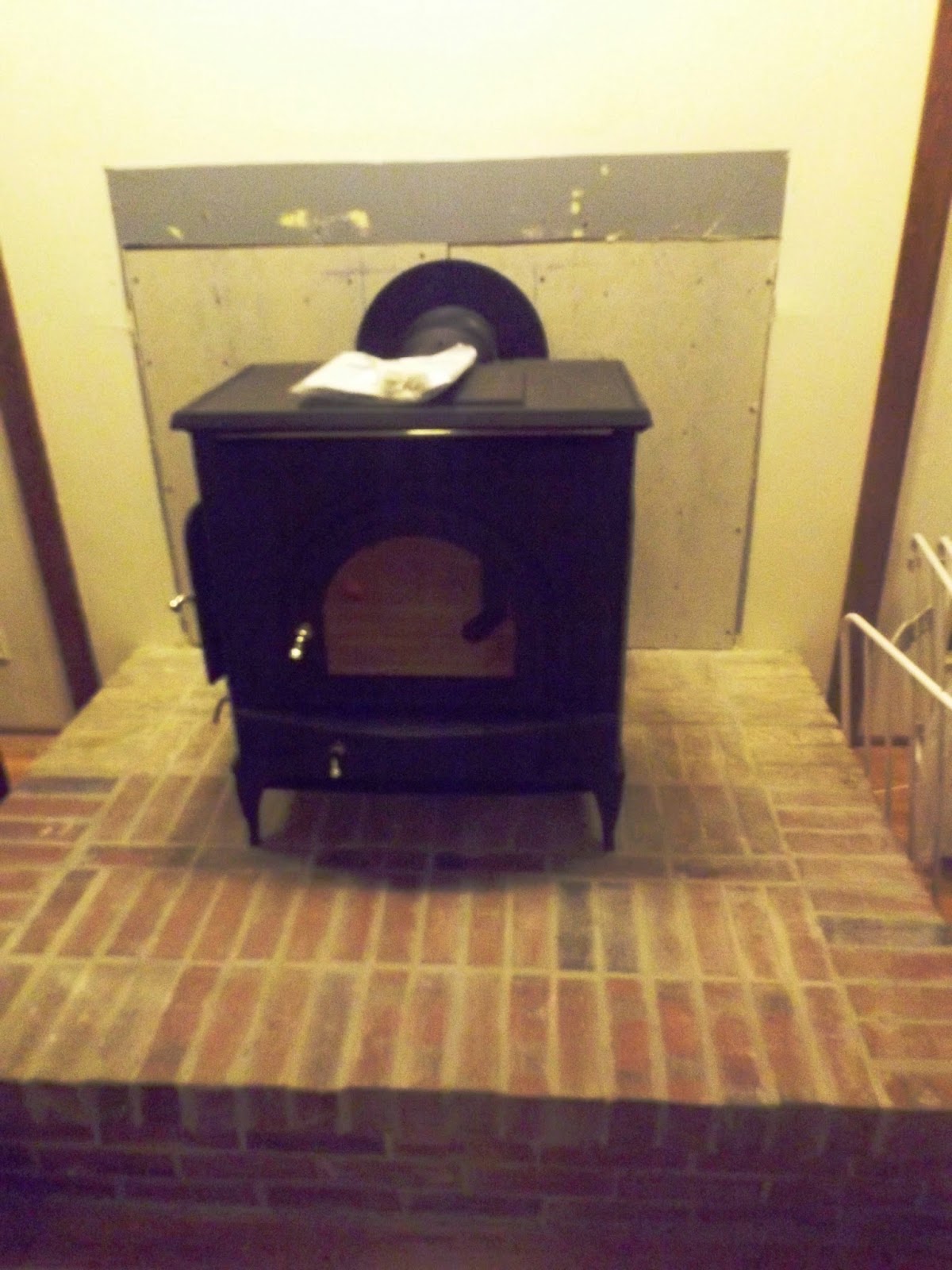 That's a terrible picture, but you get the idea. The wall behind still needs to be covered, obviously. I think Mark said they will be hanging some air stone. We will be lighting our first fire in it tonight, even though it really isn't going to be cold enough for one....

The roofers also began working at our new place, yesterday. We've not been over there to see how far they've gotten with it, but my dad said they had been busy pulling up the old shingled roof.

Tomorrow the rain moves back in again..... ugh.

But it feels good to get so much accomplished today!

Now, if you'll excuse me, I'm going to go do some more bunny watching.... 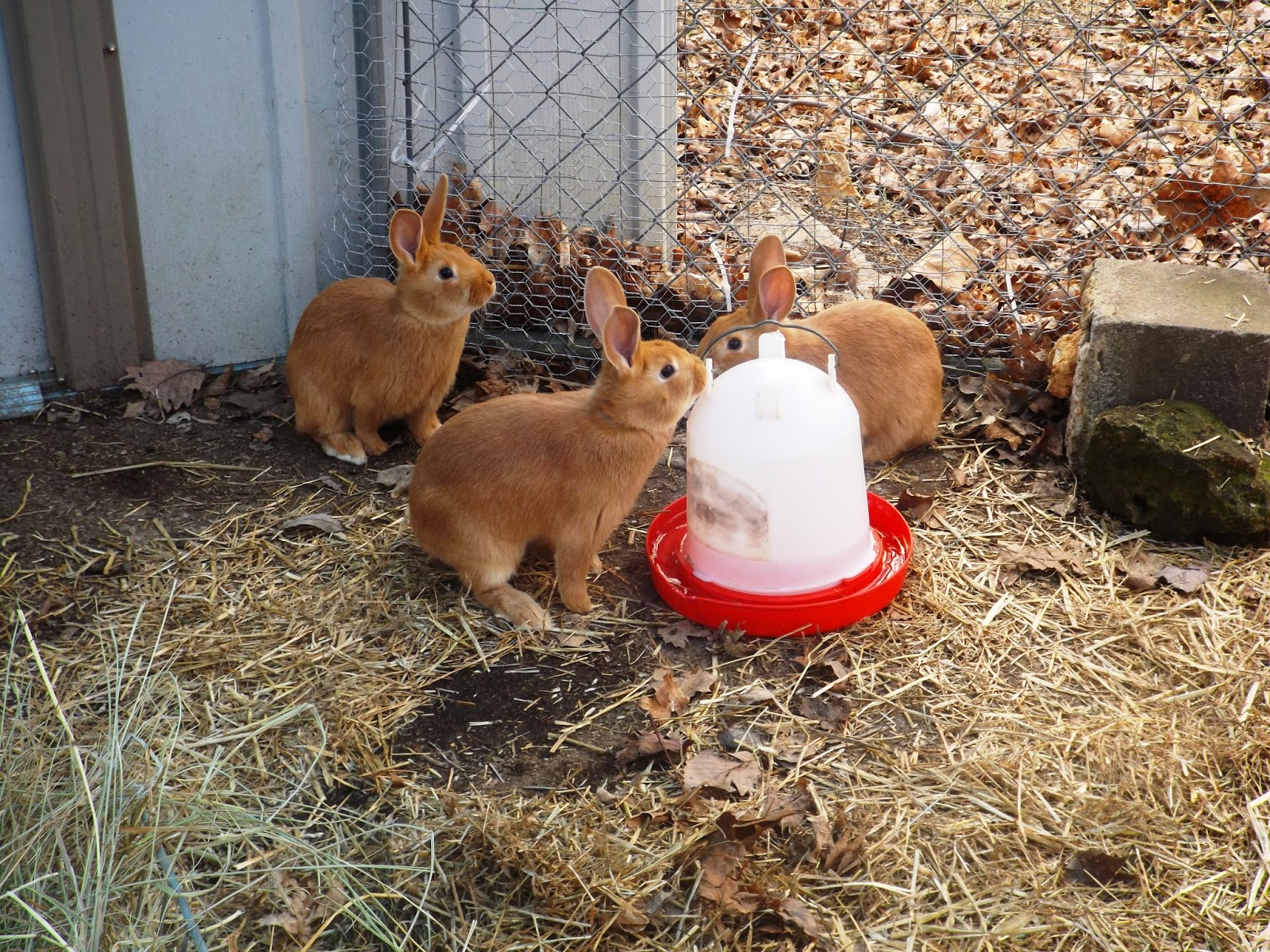 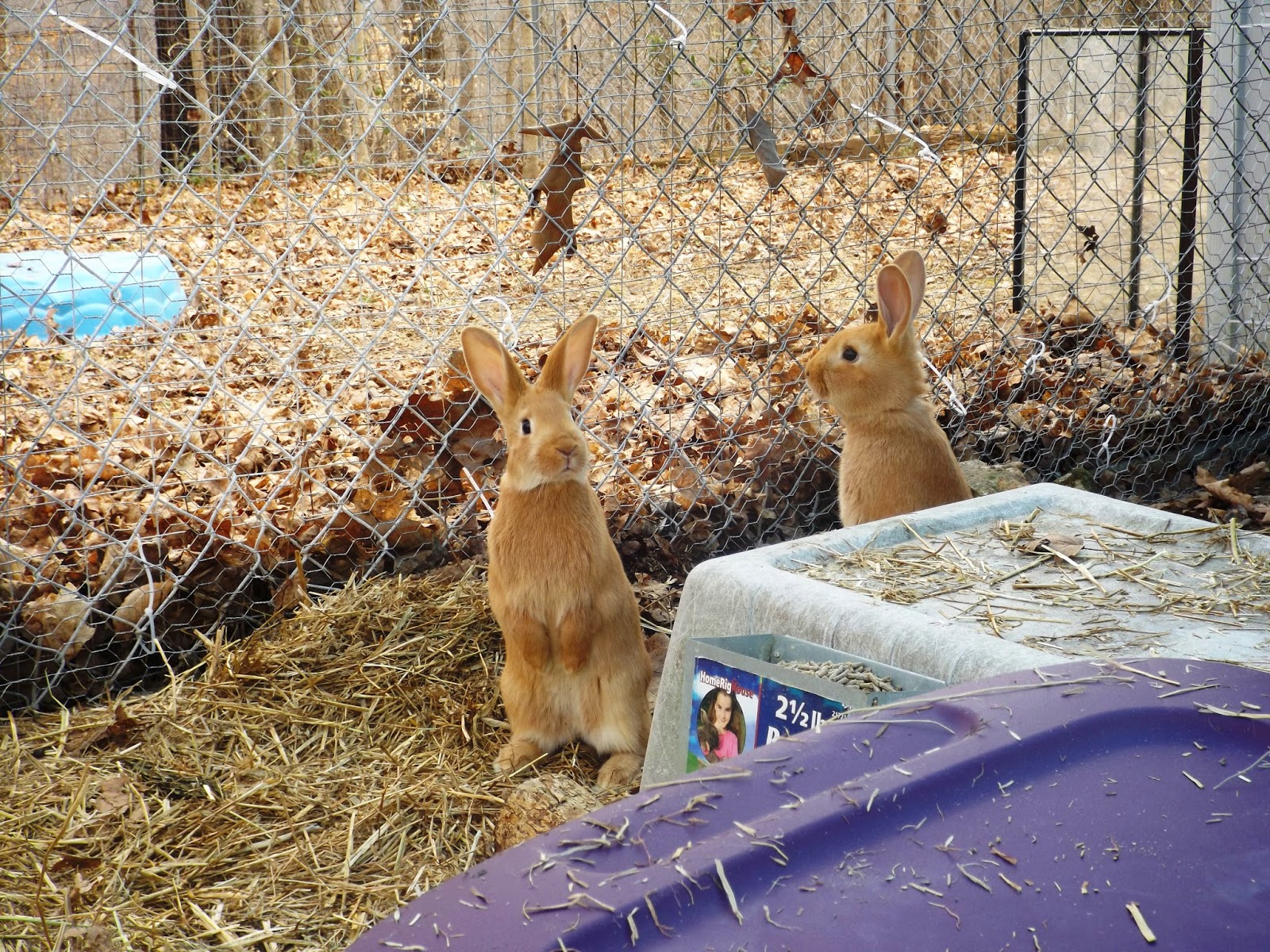 Shared on the Homestead Blog Hop, From the Farm Hop, and Simply Natural Saturdays
Posted by Phacelia at 1:52 PM