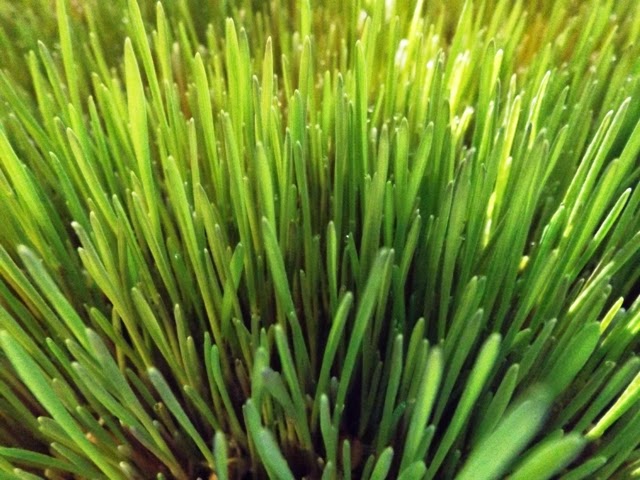 After a couple of experimental rounds of wheat fodder, I am back at square one.

My first trays turned out awesome! But then I started having issues with mold.

I think my biggest problem is a lack of air circulation. My seed quality is good, and the sprouting rate has been fantastic.

I wasn't really getting mold until the grass mat was well formed, around day 5 or 6, which leads me to believe it is an airflow problem. I also noticed that the grass crown remained wet constantly between my twice-day waterings.

The biggest factor contributing to my circulation problem, I think, is the height of my grow trays.

The dish pans are nice and sturdy, and I like the handles on them, but the sides are really too high to allow for good airflow. They really weren't what I was looking for, originally. I may keep the dish pans strictly for sprouting, and see if I can hunt up shallower trays for growing the fodder. I think those black nursery flats would work well.

I could also try putting less seed in the pans, and getting a small fan to blow on the area.

So those are some possible solutions for solving the mold problem, but there is another big issue preventing success too, right now.

That would be, ahem - this, right here.


I really don't have a good place to set up my grow rack that is out of his reach.

I was hoping to have my fodder system up and running by the time my first litters arrived, so we could start reaping the cost savings. But I guess it's just going to have to wait.

We are going to be especially busy in the coming months, now that we have to start going through all of our stuff, fixing up our new place and eventually begin packing and moving.

The convenience of bagged pellets may just have to win out again, for awhile.

Today the kits are 19 days old, which means it's time to remove the nesting box (I meant to do it yesterday, but I had to keep the boy at the grandparents' most of the day, since maintenance was building a hearth in the house). They haven't been venturing out much (at least not during the 10 minutes or so I am out there every day). It's pretty chilly today, so I went ahead and gave them a cardboard box with some hay, to snuggle in.

Speaking of constantly in motion... 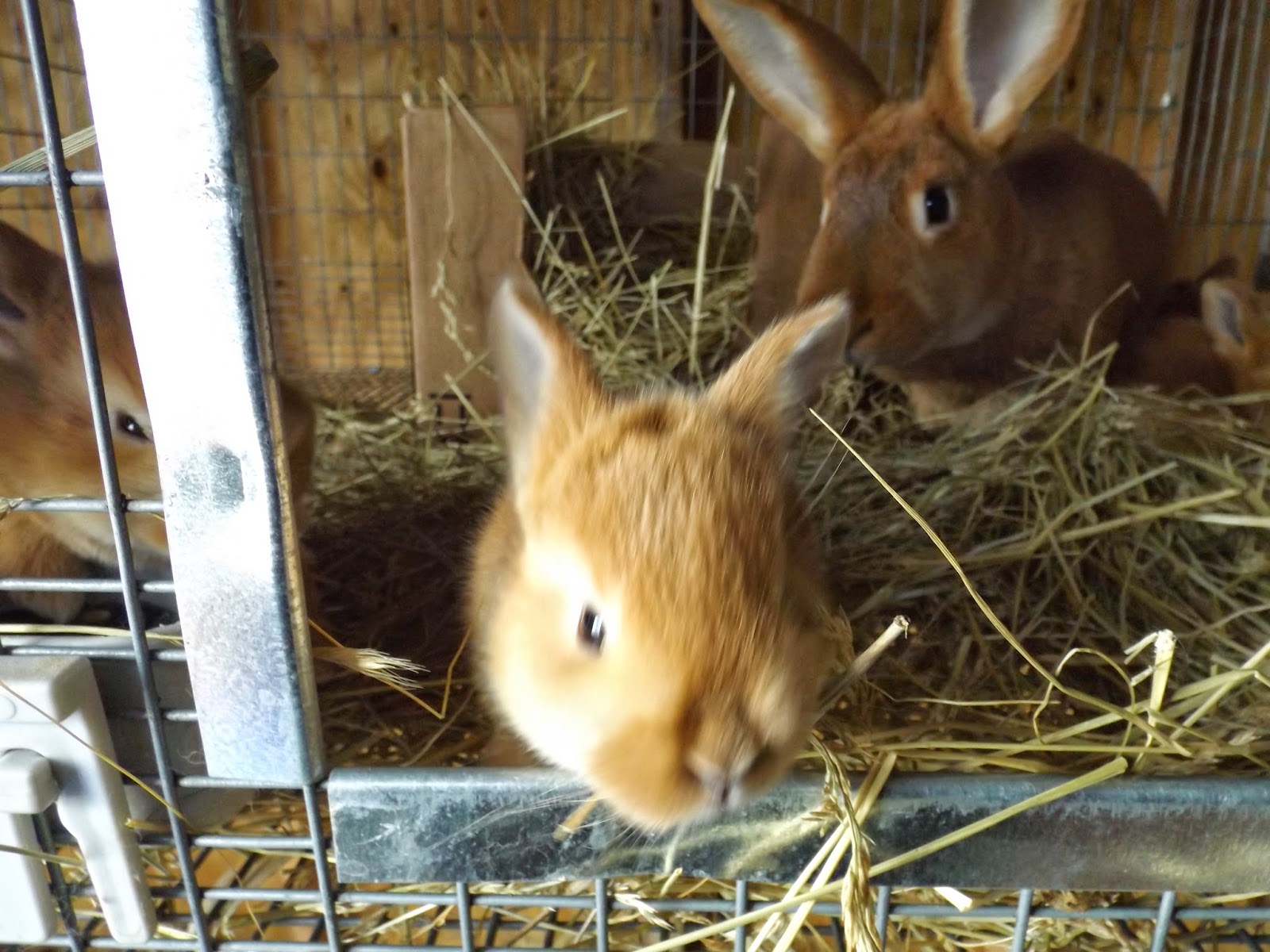 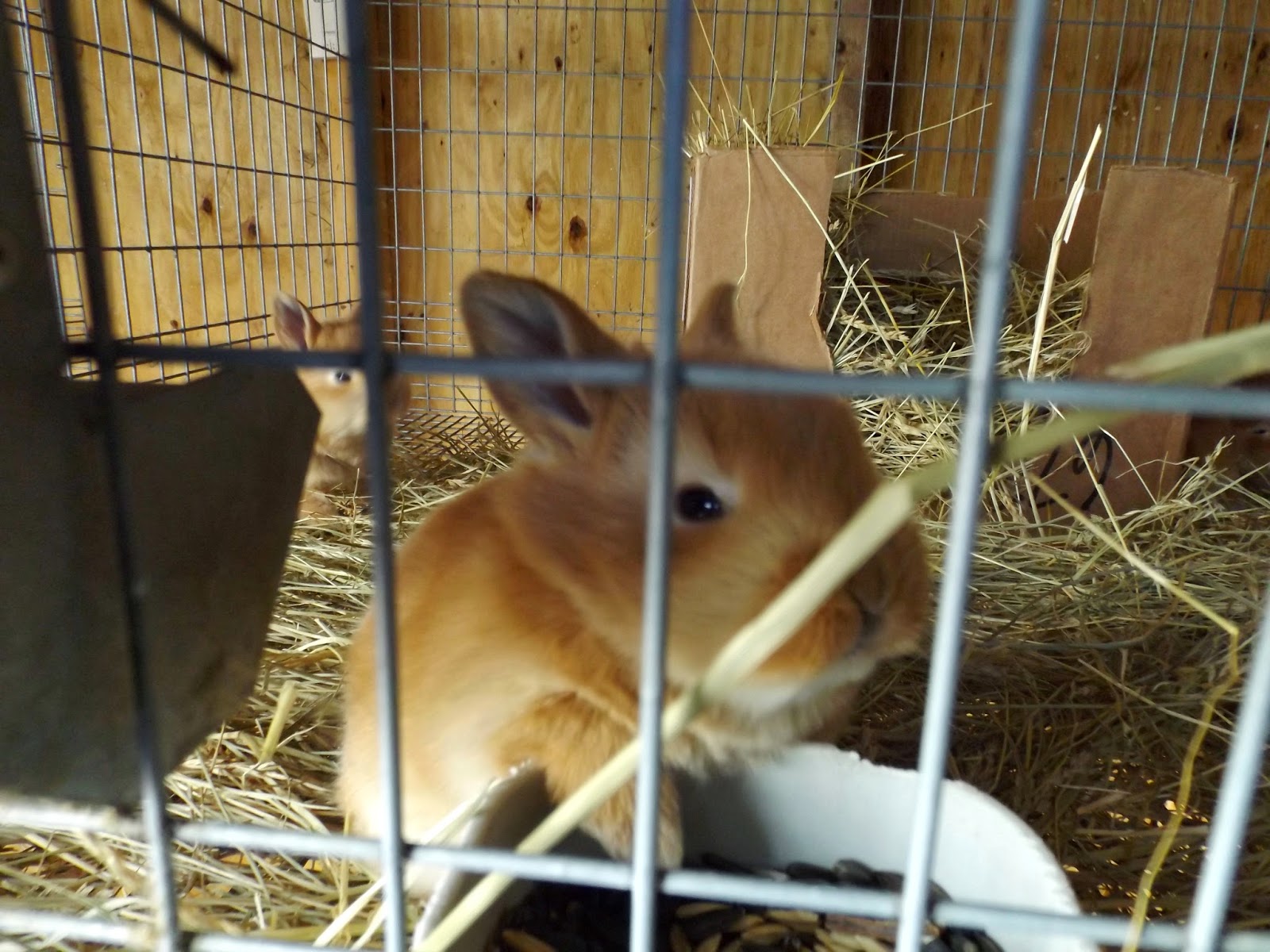 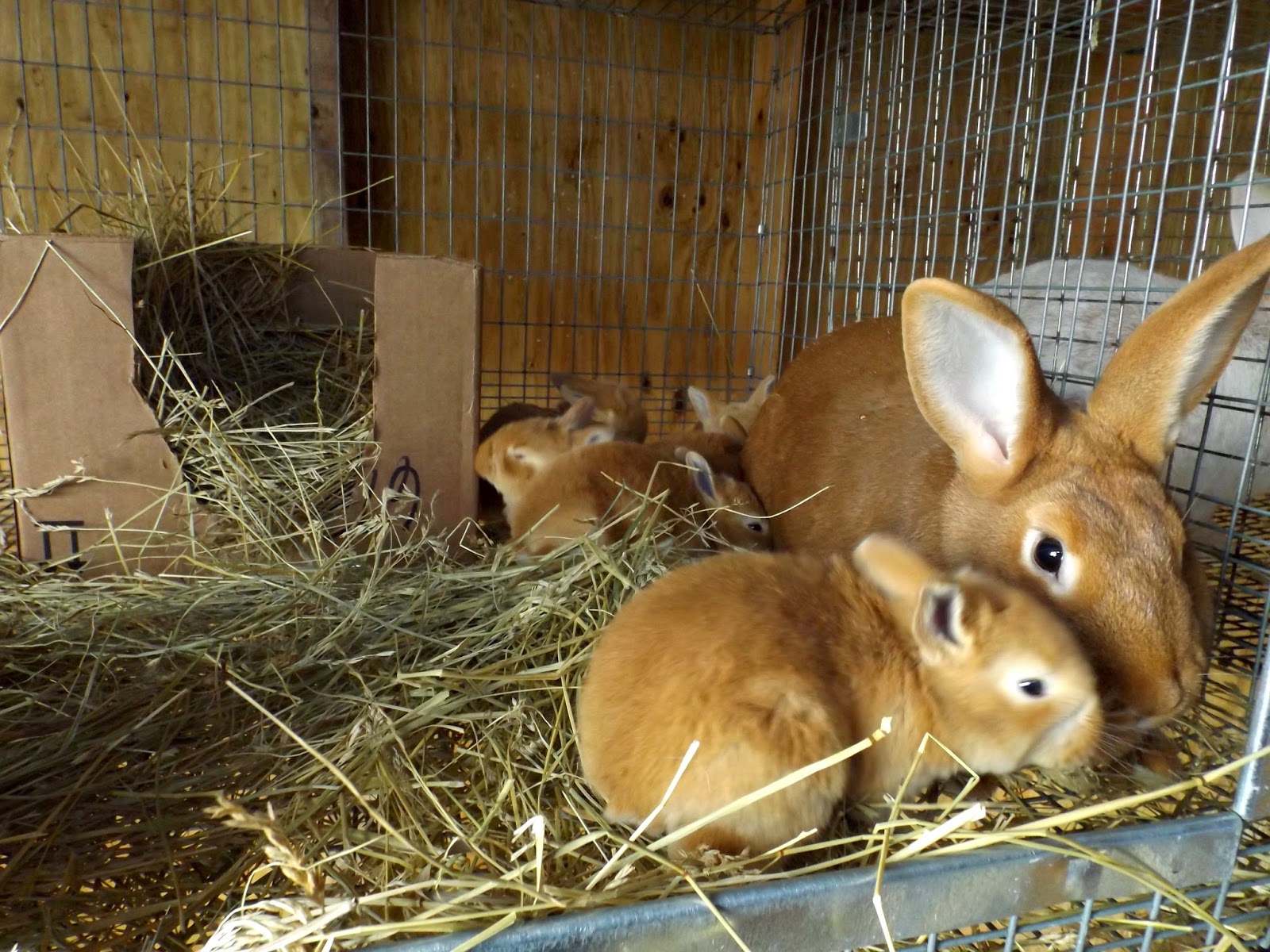 I had to treat one of the babies again today for nest box eye, unfortunately. I wish I had been able to keep a closer eye on them, this past week. That will be a cull, for sure. I've read from some breeders that nest box eye problems are possibly genetic.

The majority of the litter is doing great, however.

I will be re-breeding the does the week after next. This will be Cardamom's chance to redeem herself. If she doesn't get with the program, it's off to the crock pot.

The roofers will be out at our new place in three weeks! In the meantime we are going to be planning out the other big renovations needed on the house. I'm so ready to get this rolling!