An Ode to the Cedar Tree: Champion of the Forest 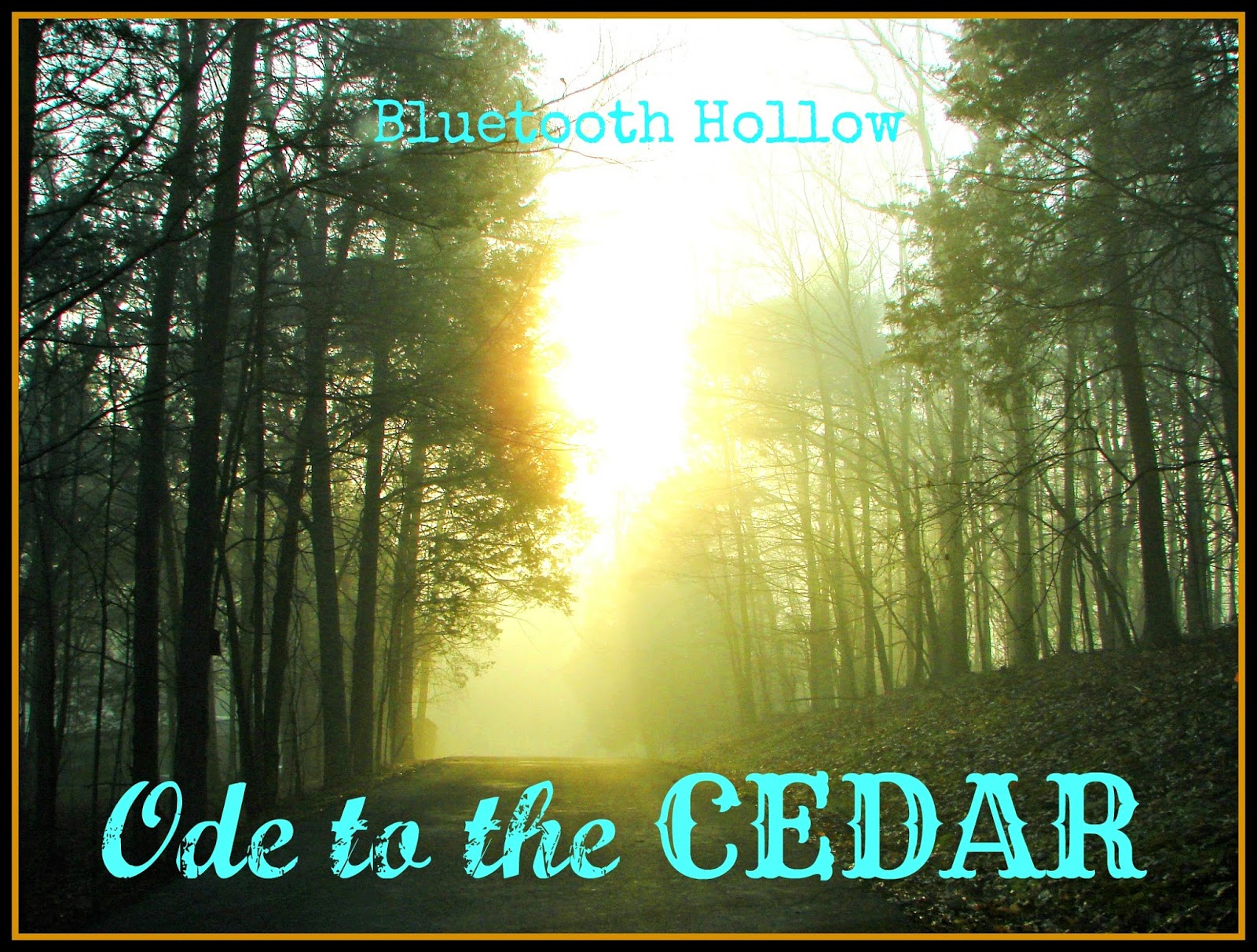 As a naturalist and biology enthusiast, I get excited about strange things.

I've accumulated a breadth of knowledge that is largely useless in modern "civilized" society.

I thus find myself blurting random facts about the natural world at any given opportunity.

It's one thing if you're hiking a trail with a park visitor, but it can seem a little out of place standing in line at the grocery store, or waiting for a car to get serviced at the dealership.

Without the Seasonal Ranger uniform, I typically get nothing more than a half-hearted nod and a bewildered expression.

And I've become that annoying little know-it-all on facebook, constantly interjecting my little factoids into conversations where it's really not appreciated.

But I don't really care.

This stuff excites me! And I want everyone else to get excited about it too!

Luckily for you, if you are uninterested you can just pass on by and wait for a post more relevant to you.

As homesteaders, we learn to work closely with the land and the seasons. We are always trying to understand and harness the powers of the natural world. Trying to work against nature is futile and frustrating.

Forest is a major fixture of the eastern US. Historically, this half of the country was nothing but solid, old growth forest as far as the eye could see. Eons of deciduous forests annually shedding their leaves have produced layer upon layer of fertile soil.


This seemingly impenetrable fortress of trees must have been frightening and overwhelming to the first European explorers, who had, for the most part, utilized most of the trees on their continent by the time they arrived.


Soon enough, however, the new settlers found a use for all of that timber.

Centuries later, there is hardly any old growth forest left.

Forest succession is a continuous process, however, and is always eager to begin anew.

The champion of that succession is the Eastern Red Cedar, or Juniperus virginiana. It is technically a juniper, and is unrelated to the western cedar (Thuja plicata). 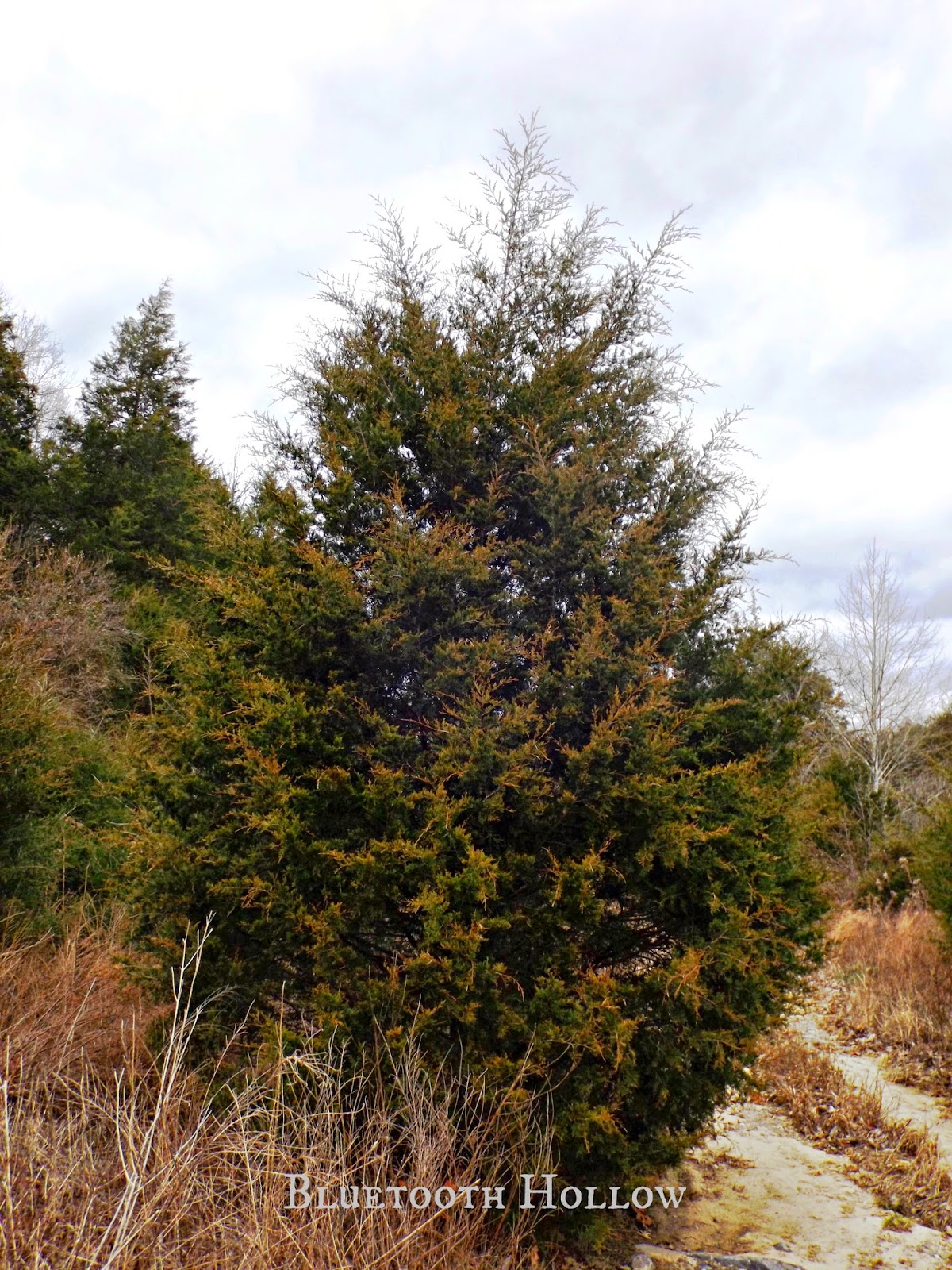 This is a very familiar tree to anyone in the South. Right now, as the leaves are disappearing from the deciduous trees, the cedars stand out even more against the rolling landscape.

They are a slow growing tree, but try telling this to farmers. Cedars have an annoying habit of popping up in hay fields, pastures and fence rows. It seems like everywhere there is a clearing, the cedars appear out of nowhere. 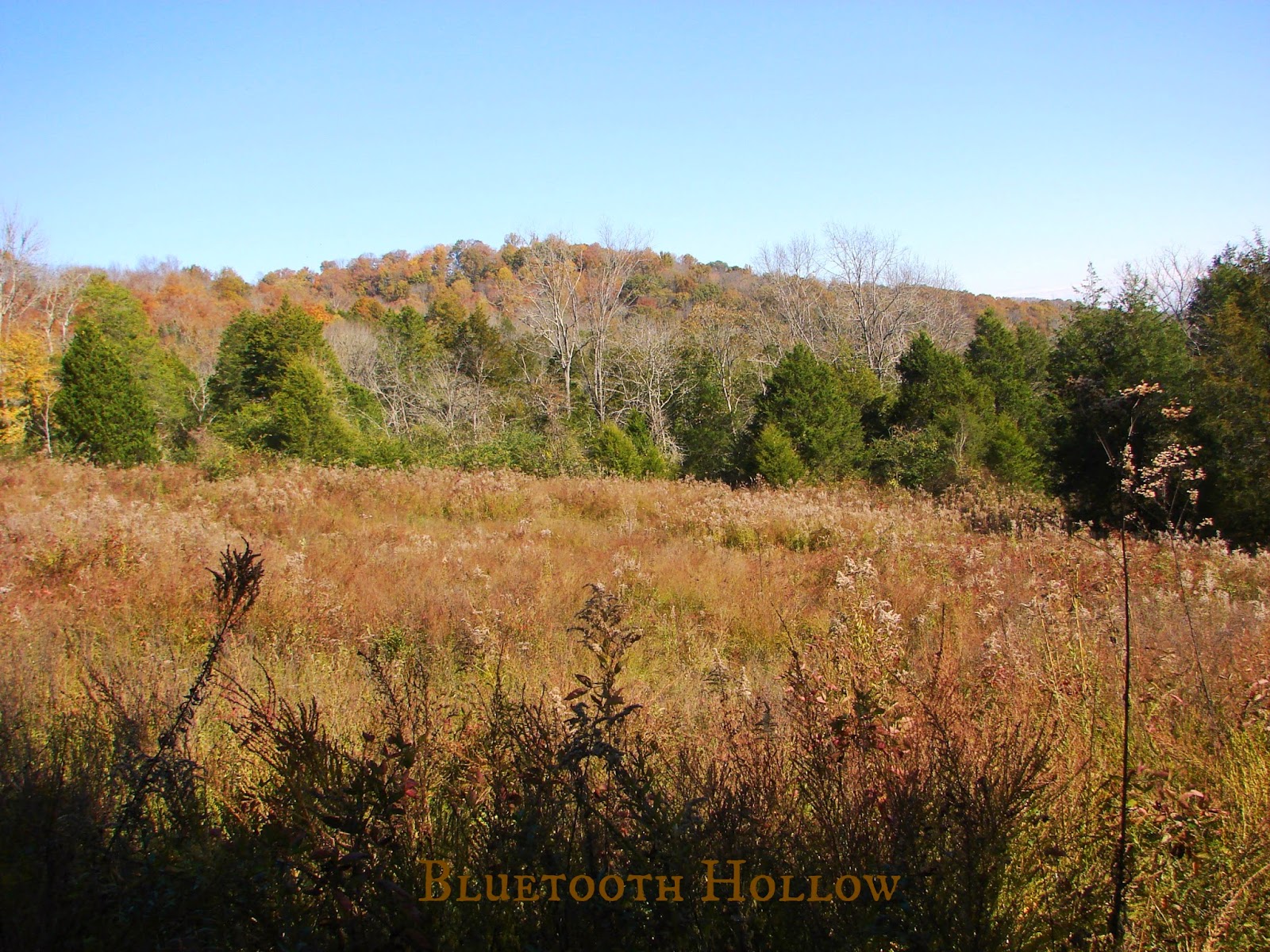 The cedar, you see, is what is known as a pioneering species.

There are plenty of other tree species that qualify as pioneers; willows, cottonwood and sycamore, to name a few. These trees are typically fast growers with short lifespans, quickly filling in the gaps before giving way to the next generation of trees.

The cedars take this process a step further.

These guys not only break ground, but exist to nurture the future forest.

Cedars are sun lovers. Given the chance they will spread their shaggy branches wide to soak up those intense Southern rays. 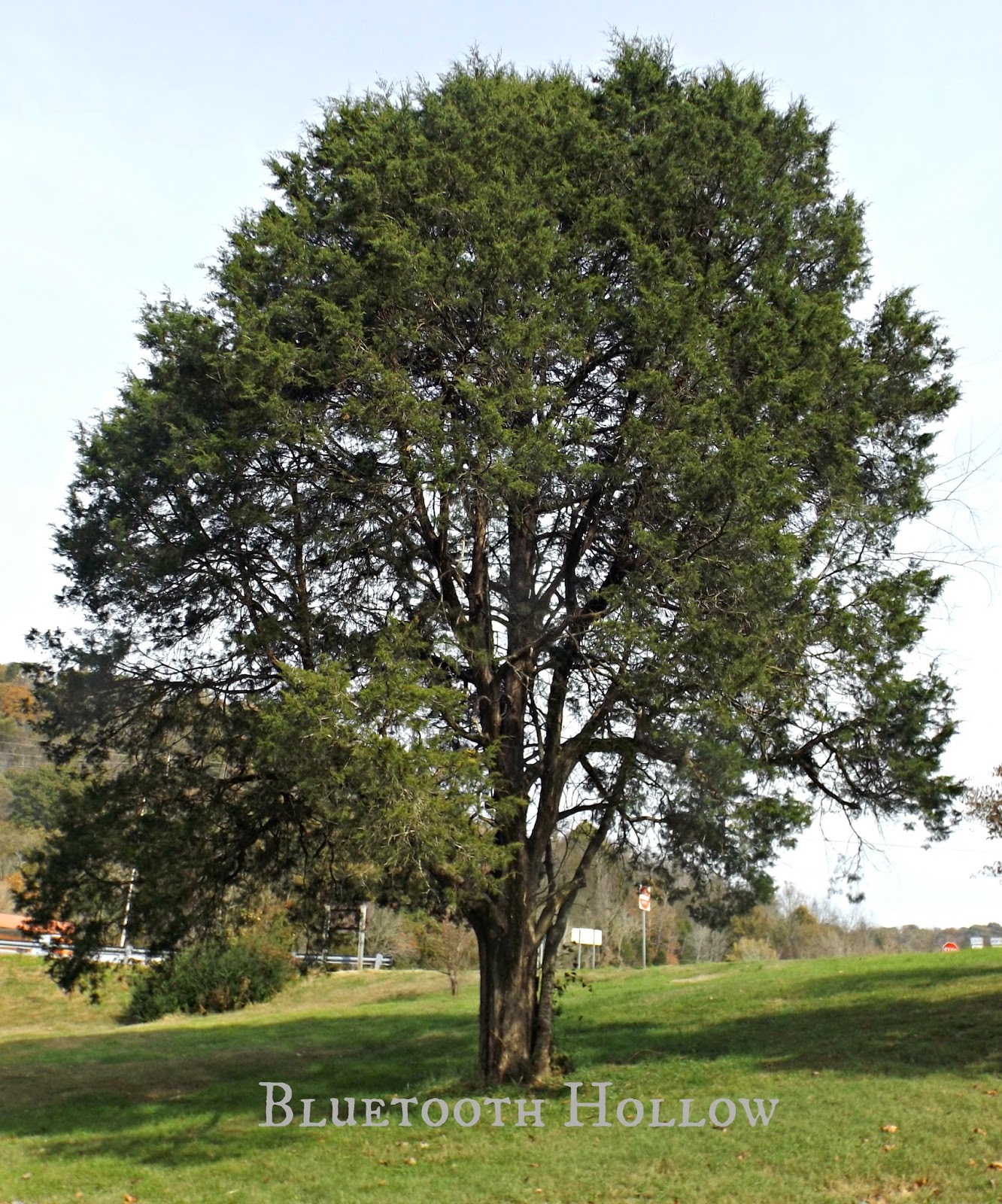 Now, most of your forest trees, known as mid - late succession species, have more of a moderate tolerance for the sun. These trees would include your maples, oaks, hickories and beeches. They are slow to mature, but provide the backbone for our forests along the eastern Highland Rim. Most important of these are your mast producers, providing food for countless animals.

But in order for these trees to get a head start, they really need a bit of shelter.

This is where Mother Cedar comes in.

Those thick, wide branches shade the earth below, killing off grasses and weeds. This allows these tree seedlings and other shade denizens to take root.

They are usually one of the first trees to colonize any open, disturbed areas of soil. There is plenty of that around here, especially since the construction of Center Hill Dam back in the 1940's. Generations of farming rocky, steep soil has also taken its toll. It's easy to tell by scanning the landscape which areas were the most disturbed in recent years.


In some places the land has been so abused from construction and poor land management practices, deep ruts have been carved into a rocky landscape. 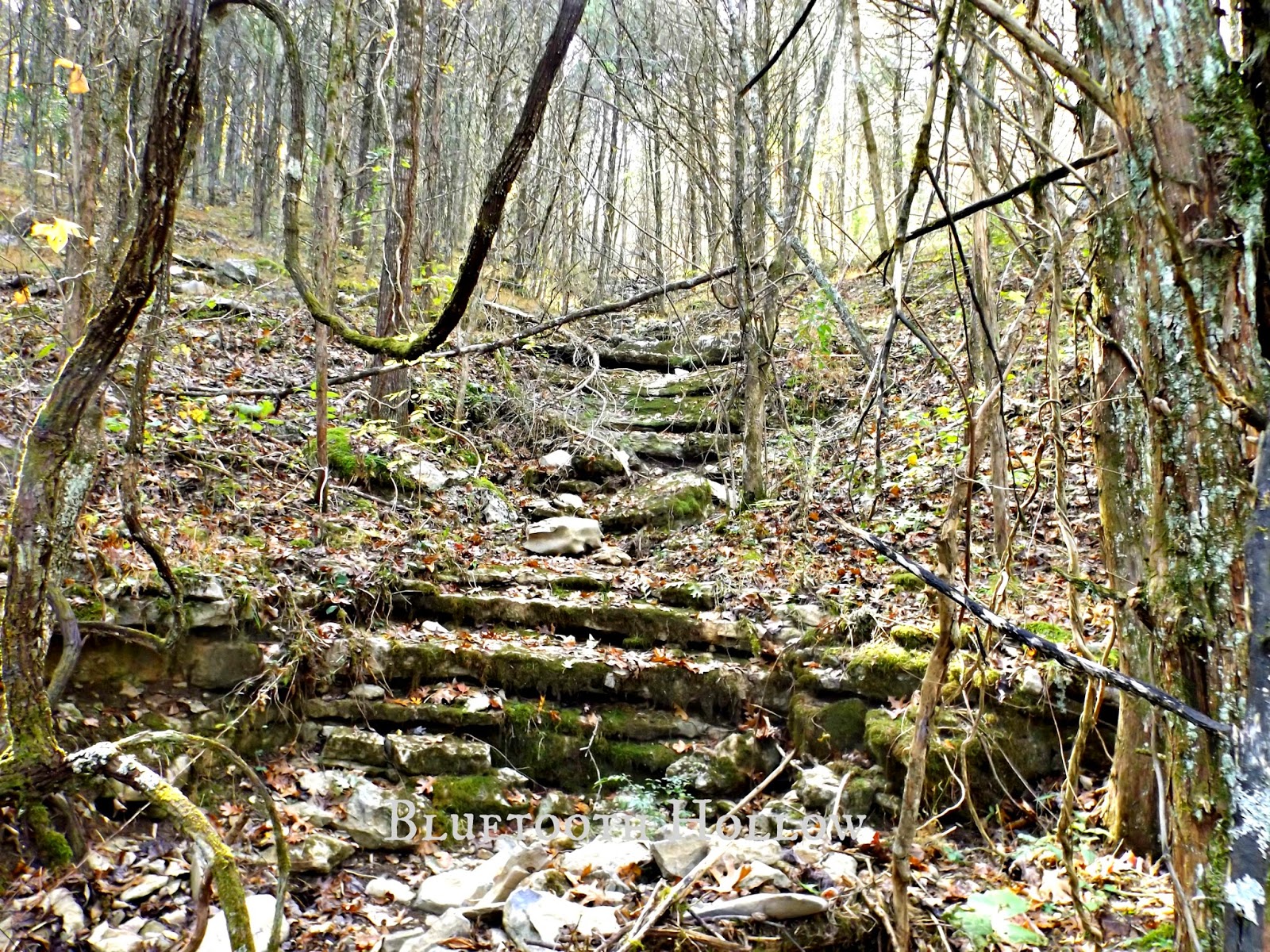 Cedars are especially good for these problem areas. Limestone makes for a very thin, dry, alkaline soil which cedars love. Mosses, ferns, lichen, fungi and other flora take up residence; breaking down organic matter and holding in moisture. 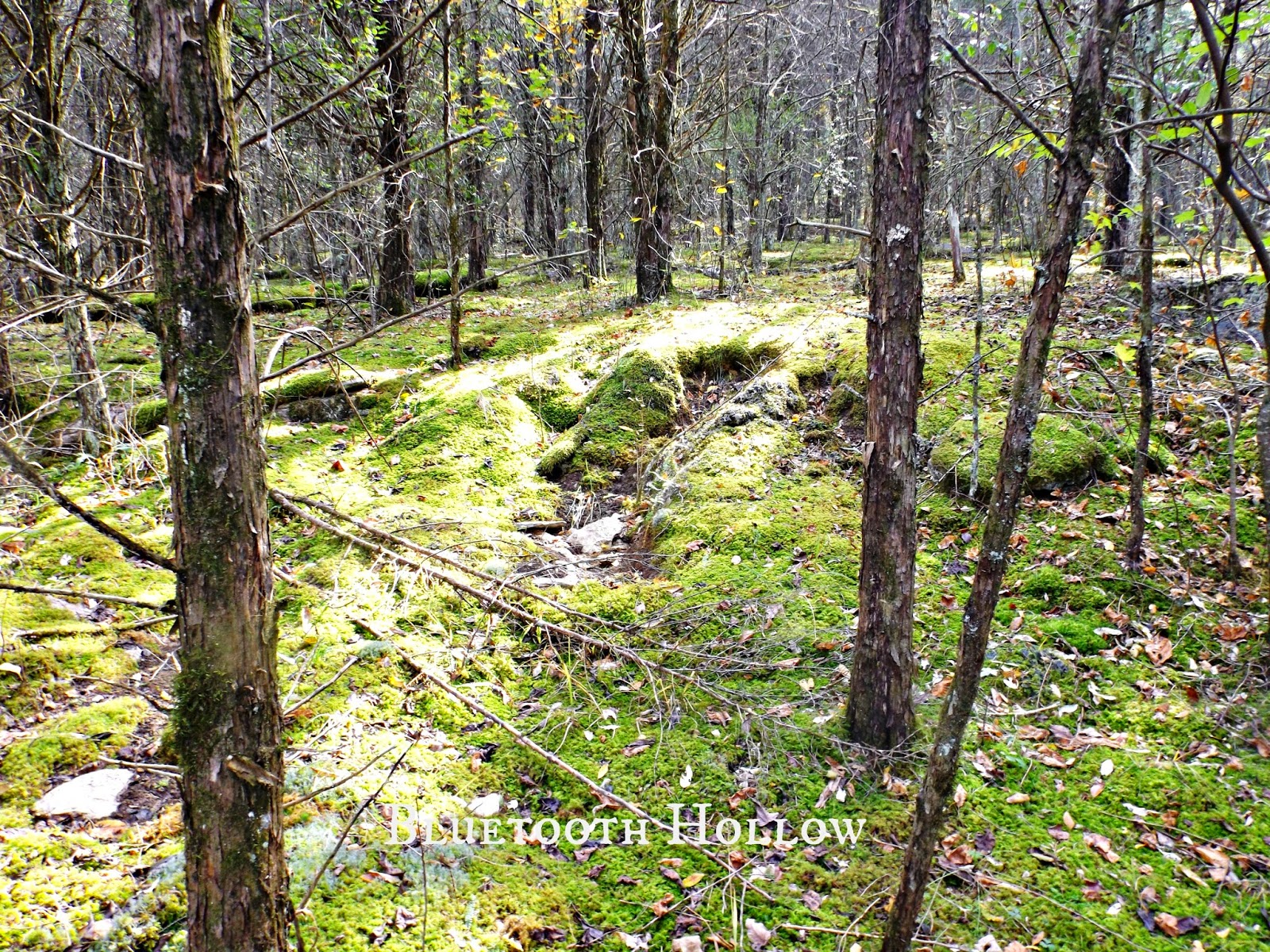 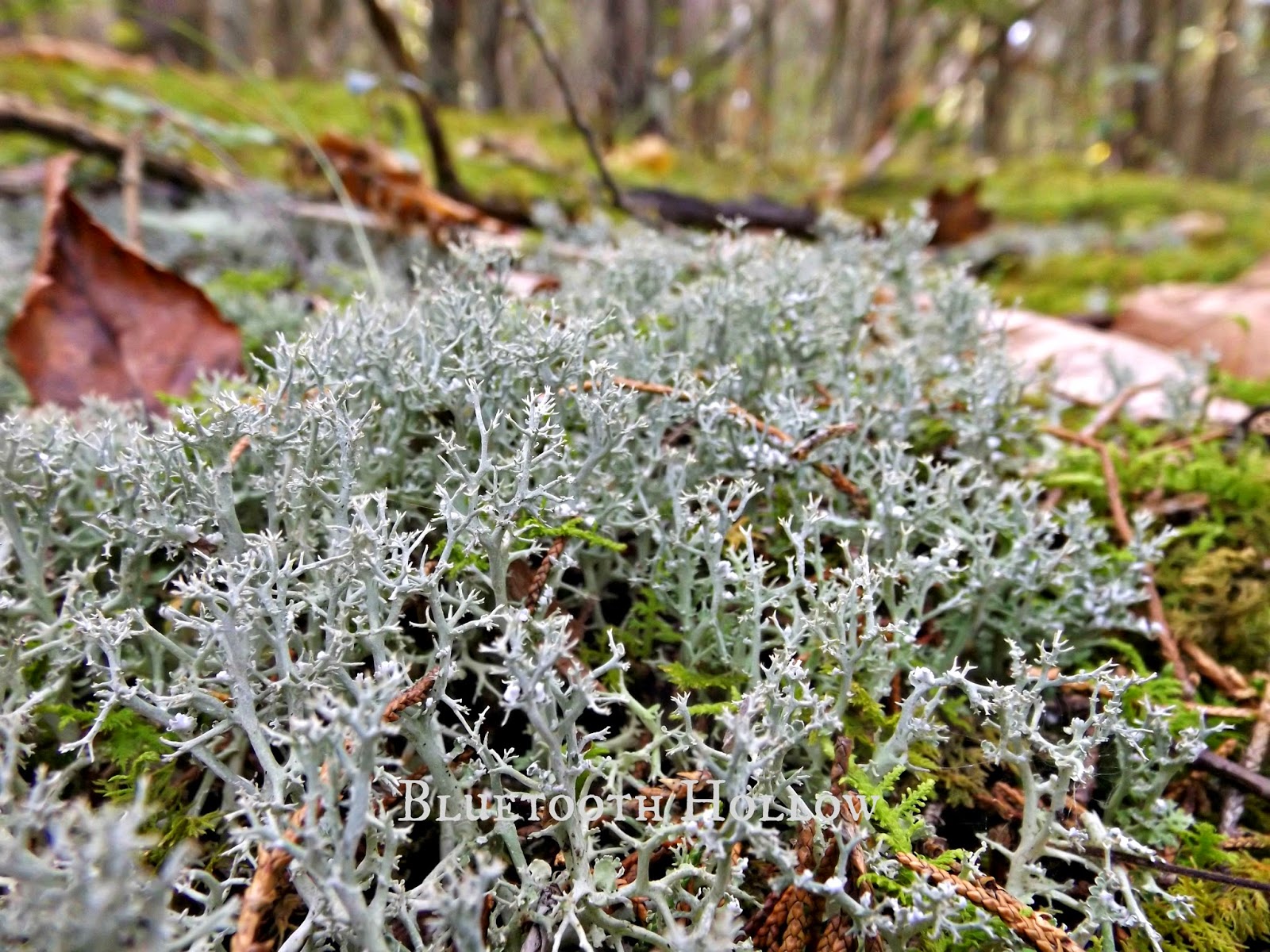 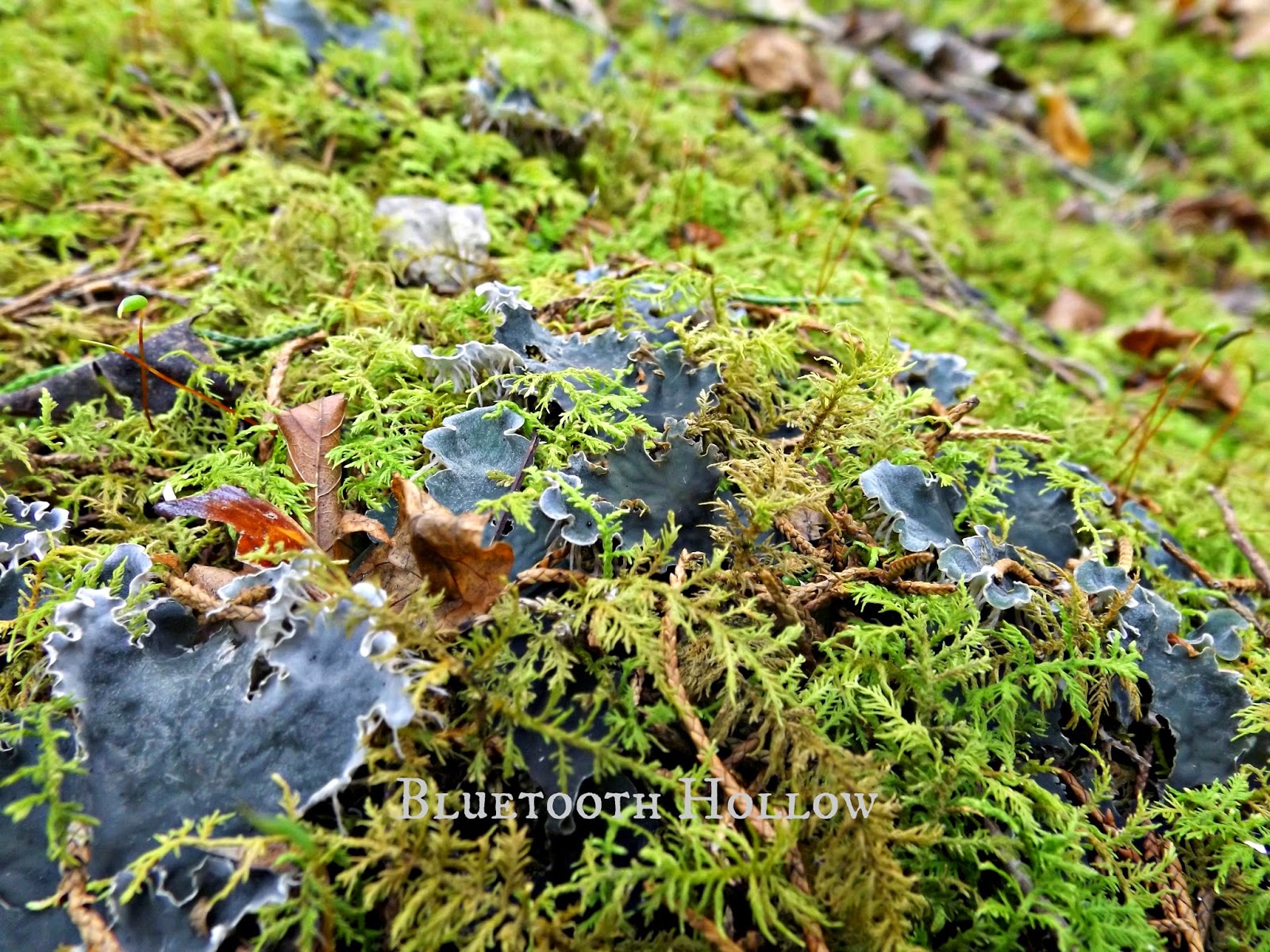 Once the soil has been built up a little, the mid-succession trees can take root.


There is a problem with this scenario, however. The new forest trees will eventually outgrow the cedars, shading them in the process. Shaded cedars no longer thrive, and slowly die to become skeletons among the thriving new residents. 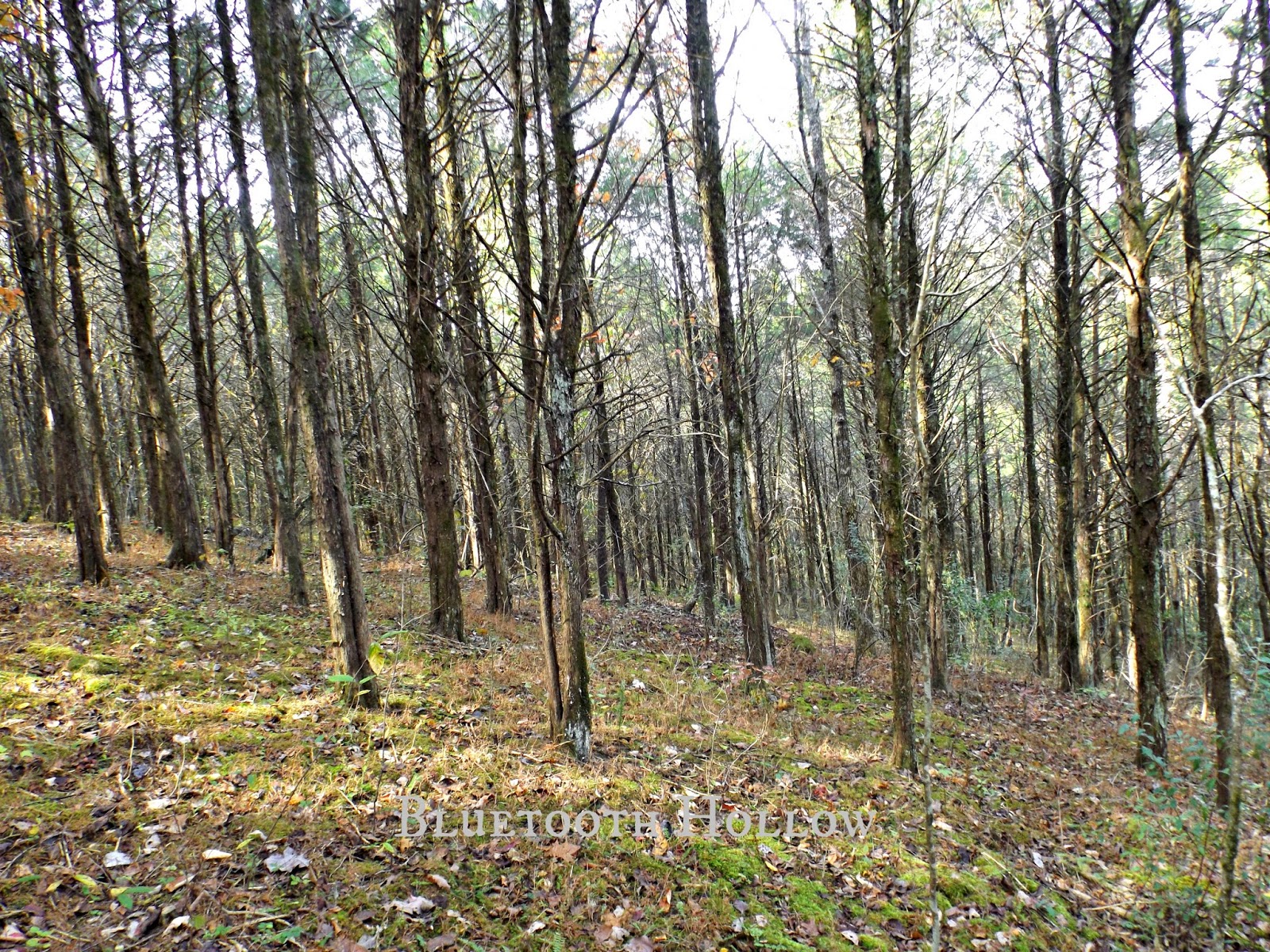 The cedars, you see, give their lives for the sake of forest regeneration.

Undaunted by the progress of man, they soldier on, setting the stage for the forest to renew itself once again.


So maybe the next time you scan the horizon or take a walk in the woods, you may see the cedar tree a little differently. 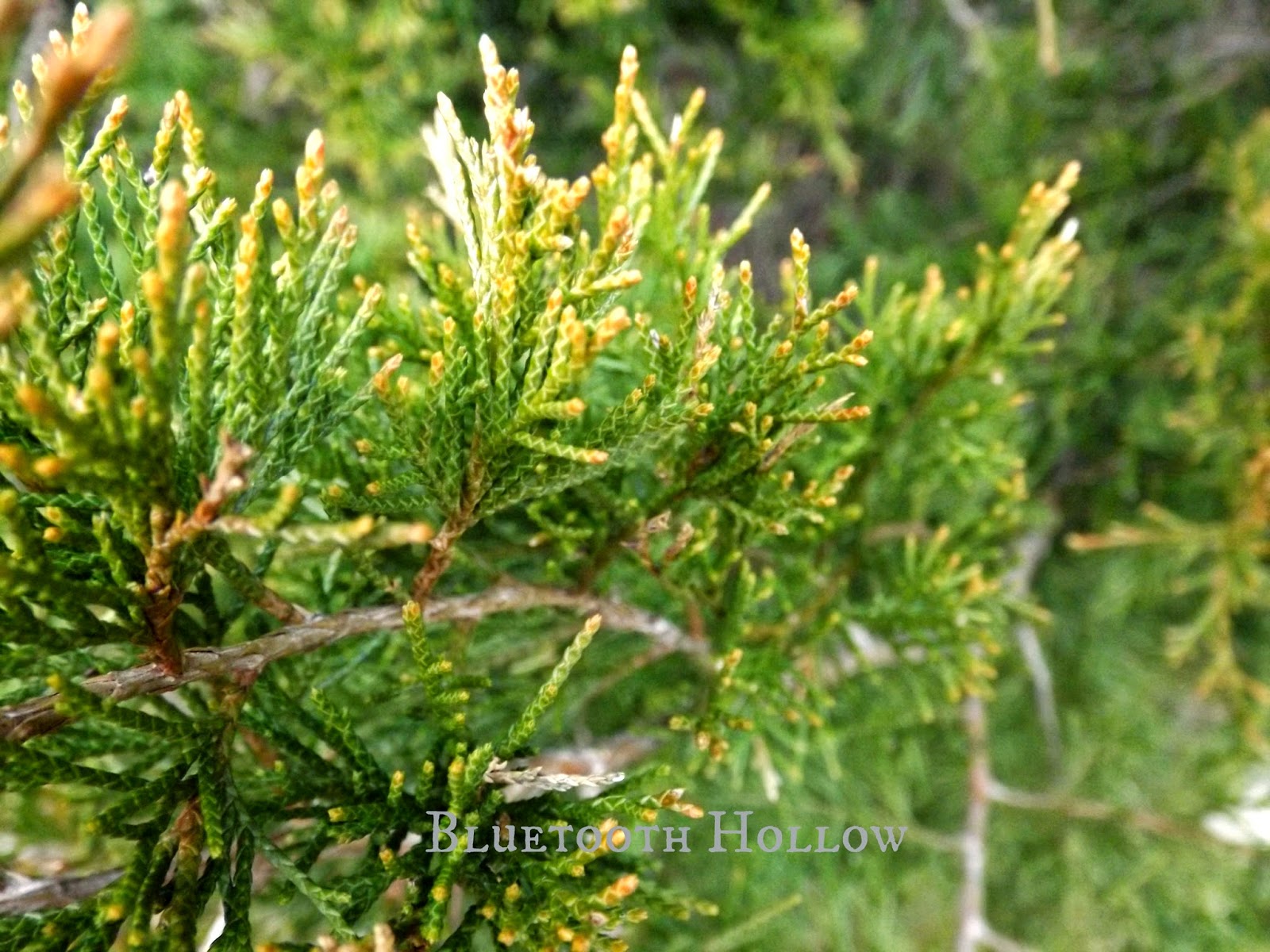