It's been quite the weekend, I must say.

Saturday evening Cardamom was gathering straw, so I knew she would kindle that night.

The next morning I found 10 beautiful kits - scattered all over the wire.

She had made no attempt, whatsoever to pull hair or build a nest.

Six out of ten were alive, but quite chilled. I stuffed them all into my bra (yes, you read that right), and warmed them up while we got ready to make our trip to Asheville to pick up my Creme d'Argent doe.

I pulled some fur from Cardamom's belly, built her a nice nest, and placed the kits in it. I left her to her own devices, hoping her instincts would kick in while we were gone.

We returned late that afternoon, and she still had not pulled hair or tended to them.

They were chilled again, and one more had died.

I took them back in and warmed them up again. I pulled a TON of hair from her belly to line the nest, and returned the five kits, placing them in the fluffy down.

Again, I was hoping her instincts would kick in, or that they would at least be fine until the following morning, and I would hold her over them to let them nurse.

Unfortunately, she pulled the ENTIRE nest out of the box, scattering it over the wire. Most of the kits were covered in bite marks and squished against the floor. Only one showed any signs of life, but I warmed them all, just to be sure.

Meanwhile, the other doe, Acer, had kindled a healthy litter of seven, and had built a beautiful, fluffy nest for them.

She gets an A+, in the first time mama department. Cardamom, I will give an F-

The one surviving kit I placed in Acer's nest box for her to foster. It is a chestnut (or appears to be at this point), so it will be easy to tell apart from Acer's fawn-colored litter.

I thought I might give the bumbling Cardamom a second chance. It's really not out of the ordinary for first time does to get it all wrong. I decided to re-breed her immediately, since female rabbits are at their most receptive right after kindling.

Much to my frustration (and the buck's) she was STILL unwilling.


So now I'm faced with a decision:

I either keep attempting to get her bred, OR just decide that I am done wasting my time with her.

Her disagreeable nature, bad mothering skills and un-receptiveness are all traits that can be passed down. I may be better off just cutting my losses, and preparing her for the crock pot.

Thanksgiving IS right around the corner, after all ....


In other news, this precious little doe has joined the rabbitry: 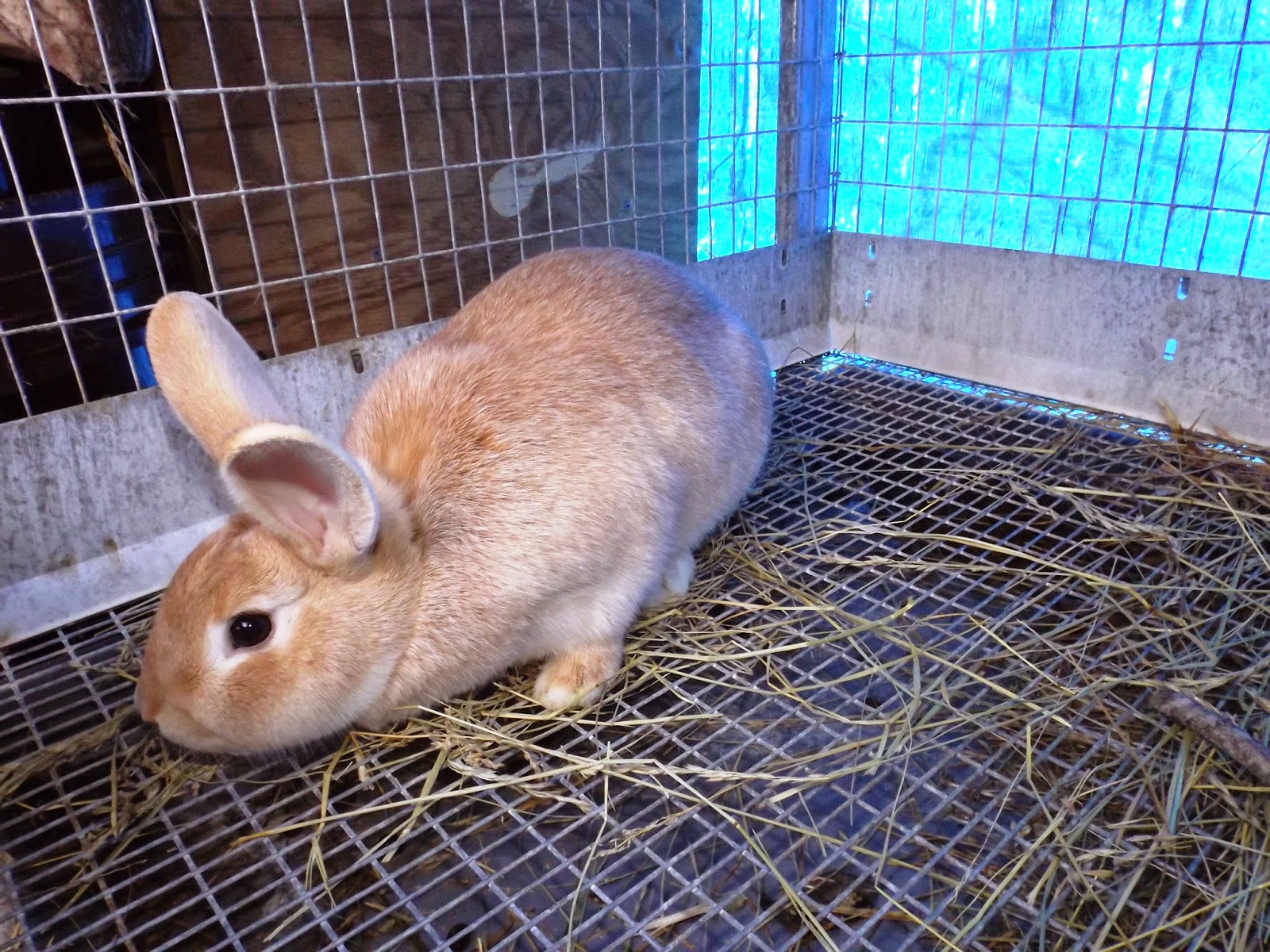 Meet Babette: quite literally, the future of my Creme d'Argent breeding project. She is a sweet little girl, and I can hardly wait to breed her.

She will be ready to breed by February or March of next year. 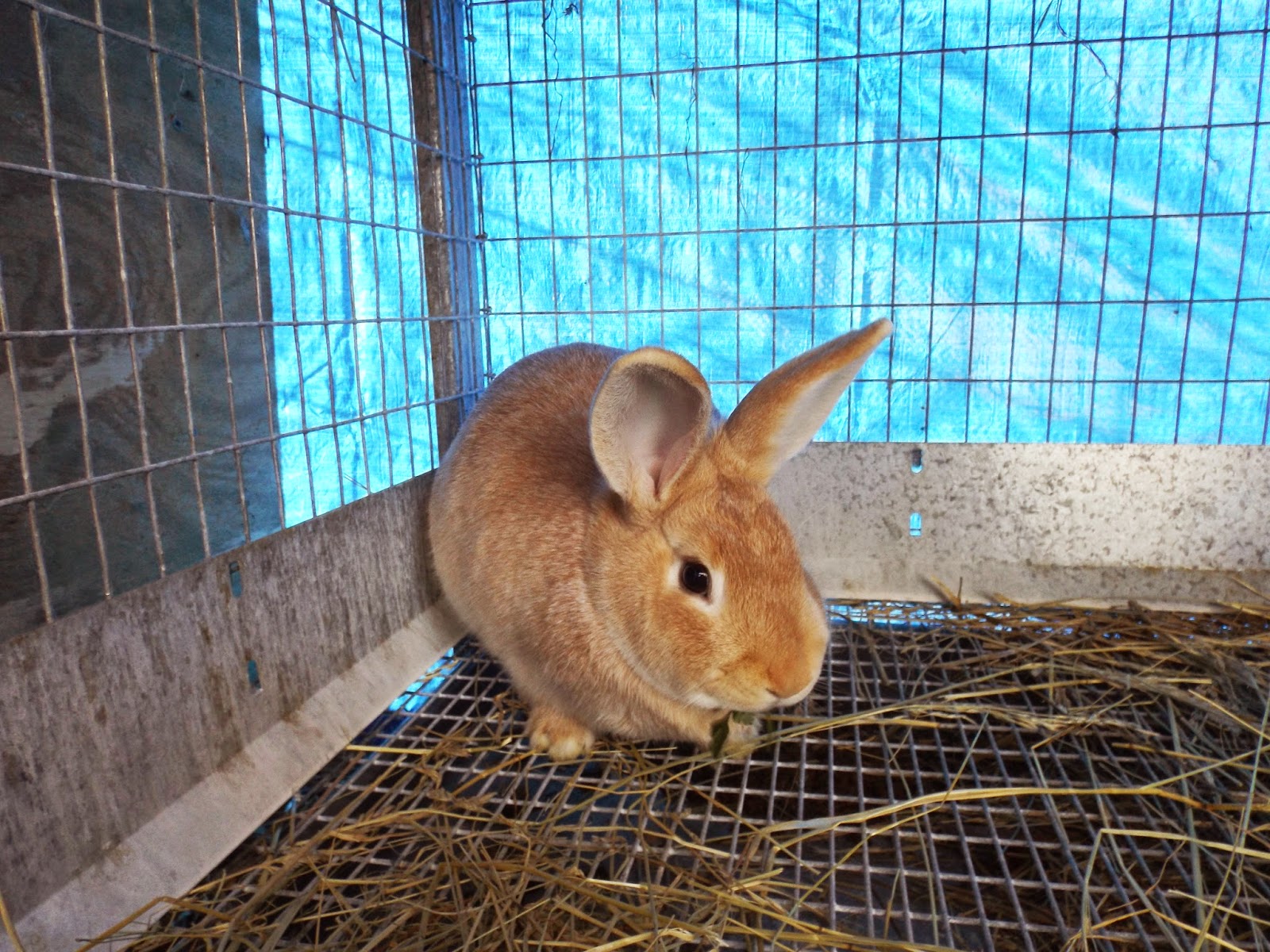 I just learned yesterday that the Creme d'Argent is now the 6th rarest rabbit breed. I'm looking forward to making more, and really promoting them in my area.

In OTHER, other news, we have been approved for our loan, and will begin the closing process this week on our (our??? could it be??) house.

It hardly feels real, at this point. On the one hand, I'm trying not to get my hopes up too much, since it could still fall through. On the other hand, I'm eager to get over there, take a ton of pictures and start planning my new rabbitry, among other things.