I've had marginal success with this summer's garden, but without sufficient sun the plants have been succumbing to pests and disease.

I've already torn out the spent cucumbers, popcorn and some of the bean plants.

My tomatoes are still producing fairly well, but since we never built adequate supports for them, they've flopped all over the place, weighed down by the fruit. The Cherokee Purple has really performed pretty well, considering the odds. And those tomatoes are fantastic! The Amish Paste are doing so-so.

I wasn't keeping a close eye on the plants and they became overrun with Carolina Sphinx caterpillars (commonly known as the Tomato Hornworm). 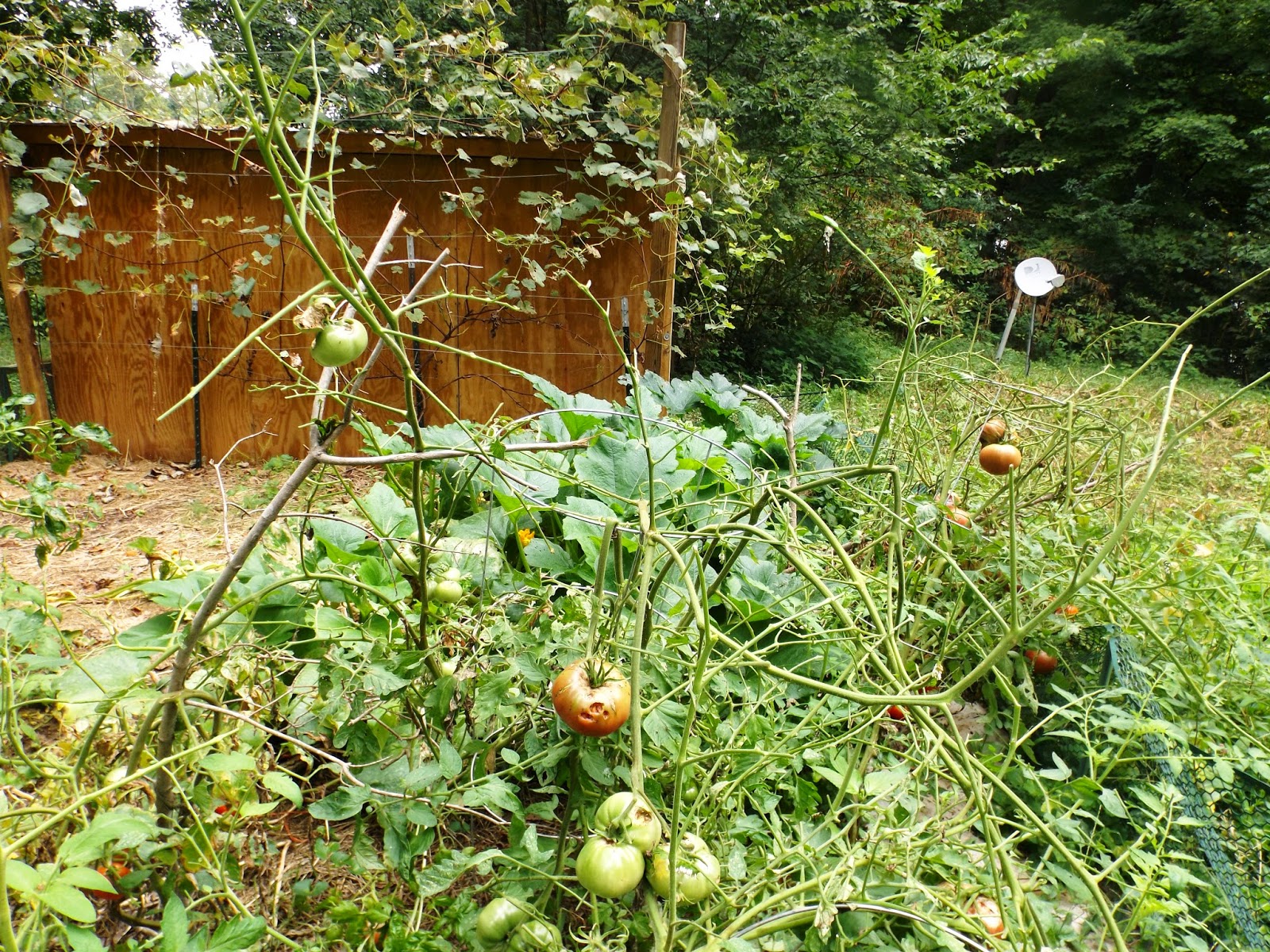 Look at that! Those buggars ate my tomatoes too! 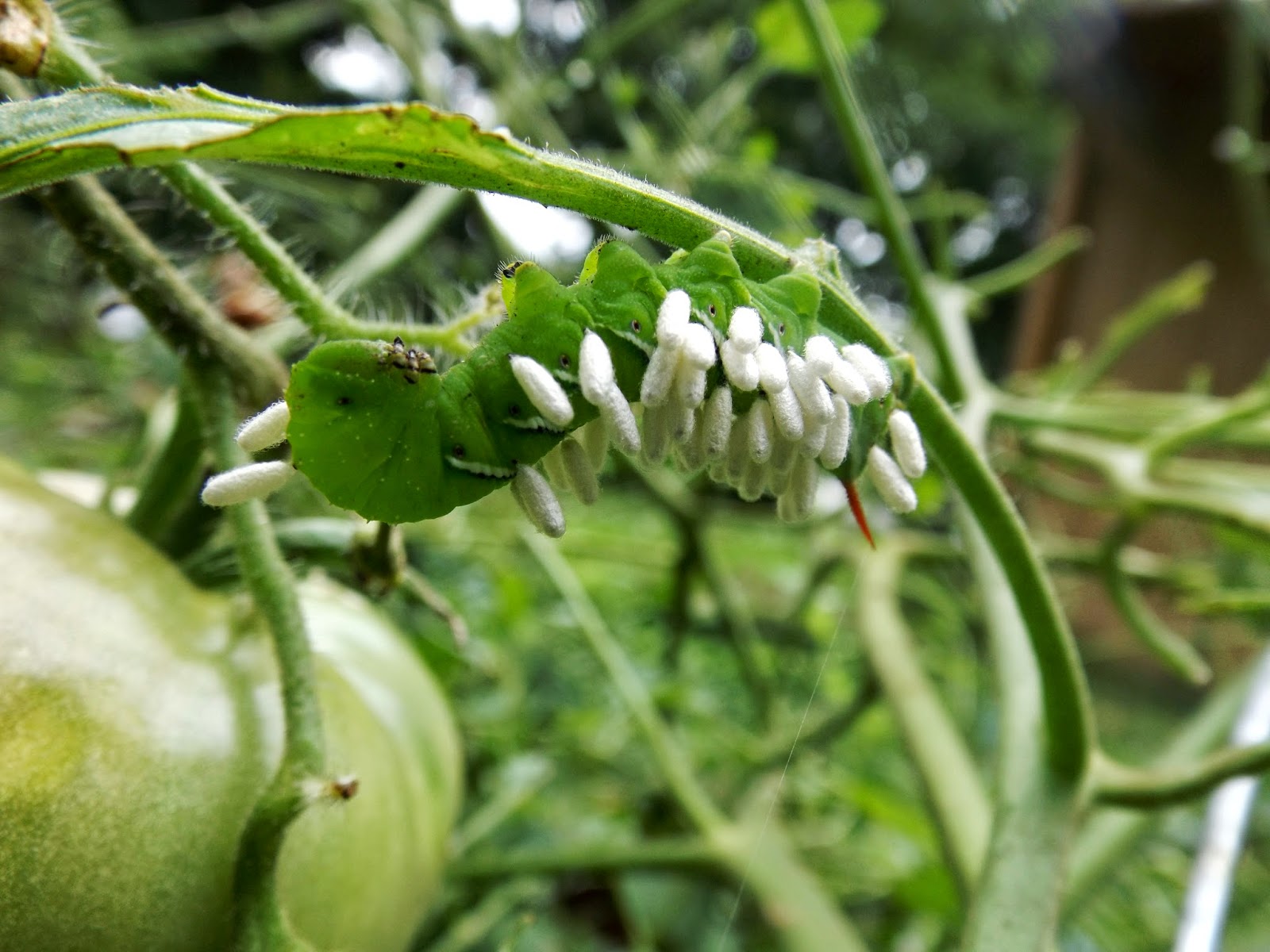 They've already been parasitized by the braconid wasp, so they're all goners. But they've done plenty of damage in the short amount of time they've been munching on the plants.

By the way, the caterpillars are usually just thought of as "worms," but they mature into a rather impressive hawk moth:

You'll see these flying around your porch lights sometimes. Their size can seem intimidating, but they are harmless. They are also good nocturnal pollinators.

Here is the heroic Braconid Wasp: 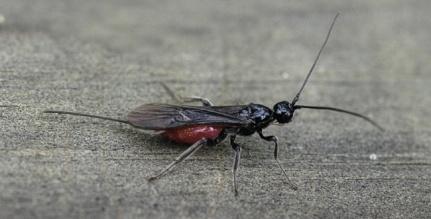 At only 1/10 of an inch they are easy to miss. That long "stinger" looking projection is the female's ovipositor. She uses it to inject her eggs into the young caterpillars. The larvae hatch and secrete a substance that numbs the caterpillar from within, so it can't feel the tiny parasites eating it alive. Once grown they emerge from the caterpillar's skin and spin little cocoons in which to pupate. Those are the little white cases seen all over the caterpillar. The mature braconid wasps emerge and fly away, leaving the doomed caterpillar to its fate. Soon enough it will turn dark and limp, and be found hanging lifeless on the plant. 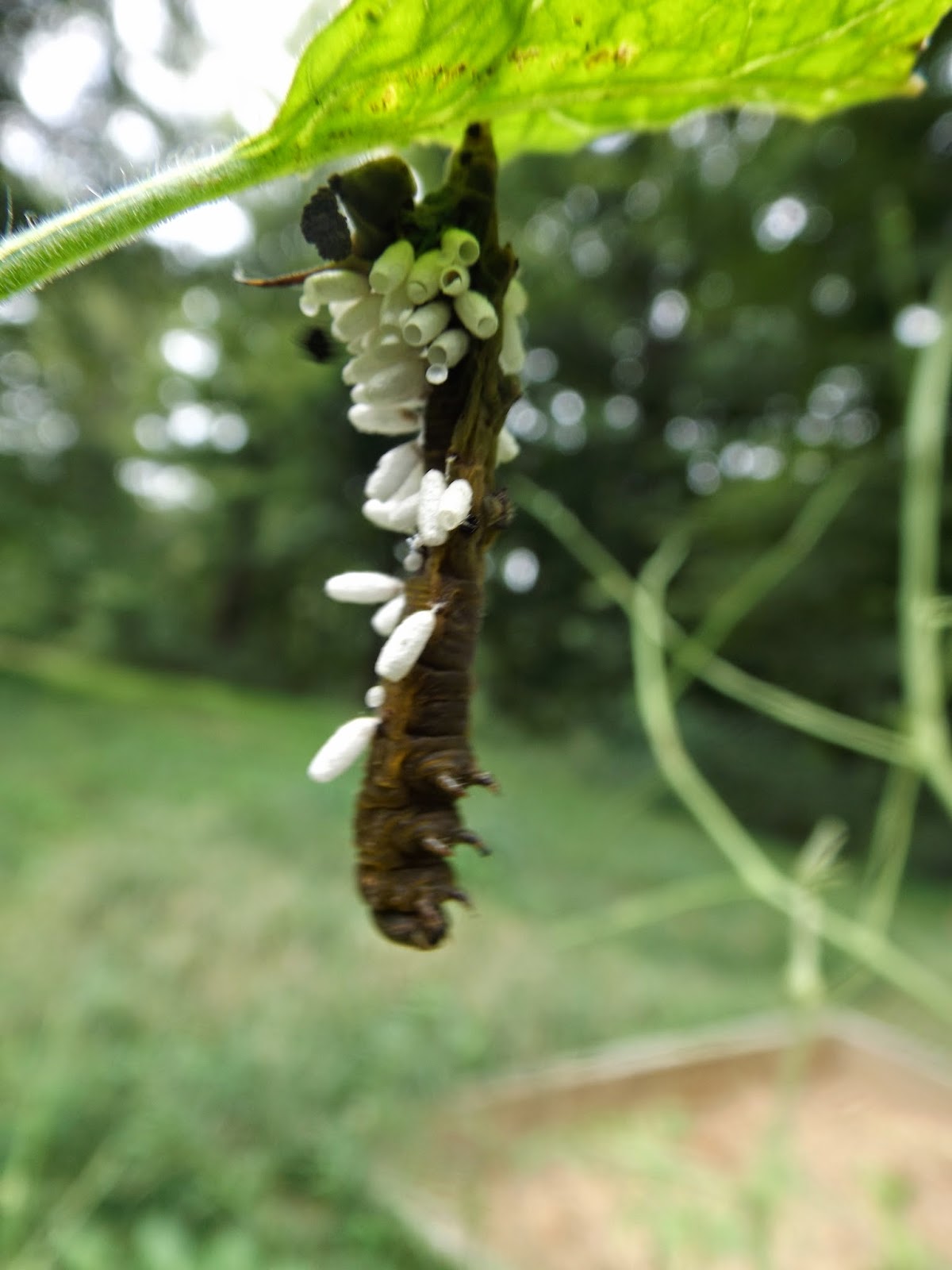 So what happened to the hornworms that hadn't been parasitized? I think I harvested more caterpillars than tomatoes 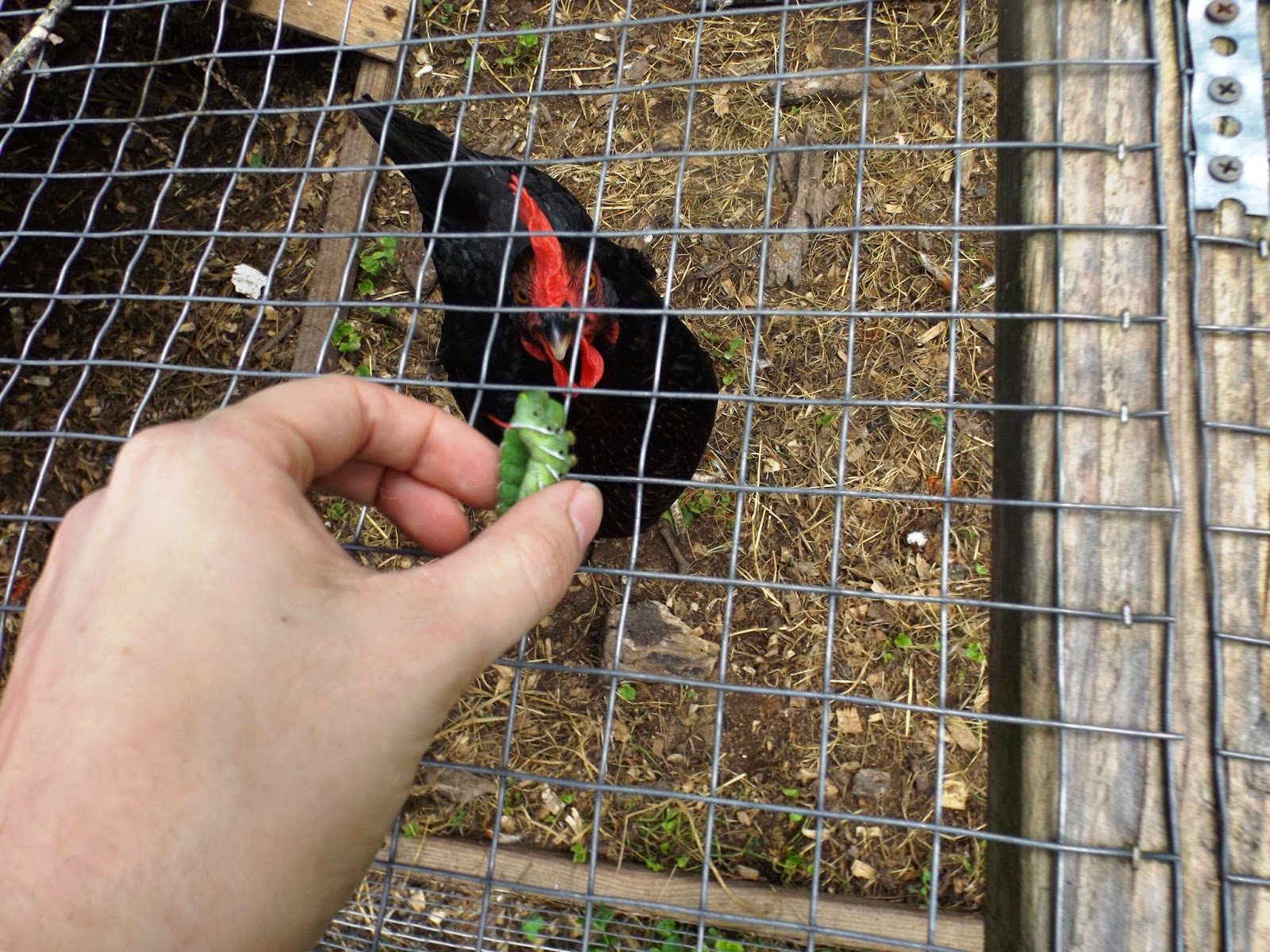 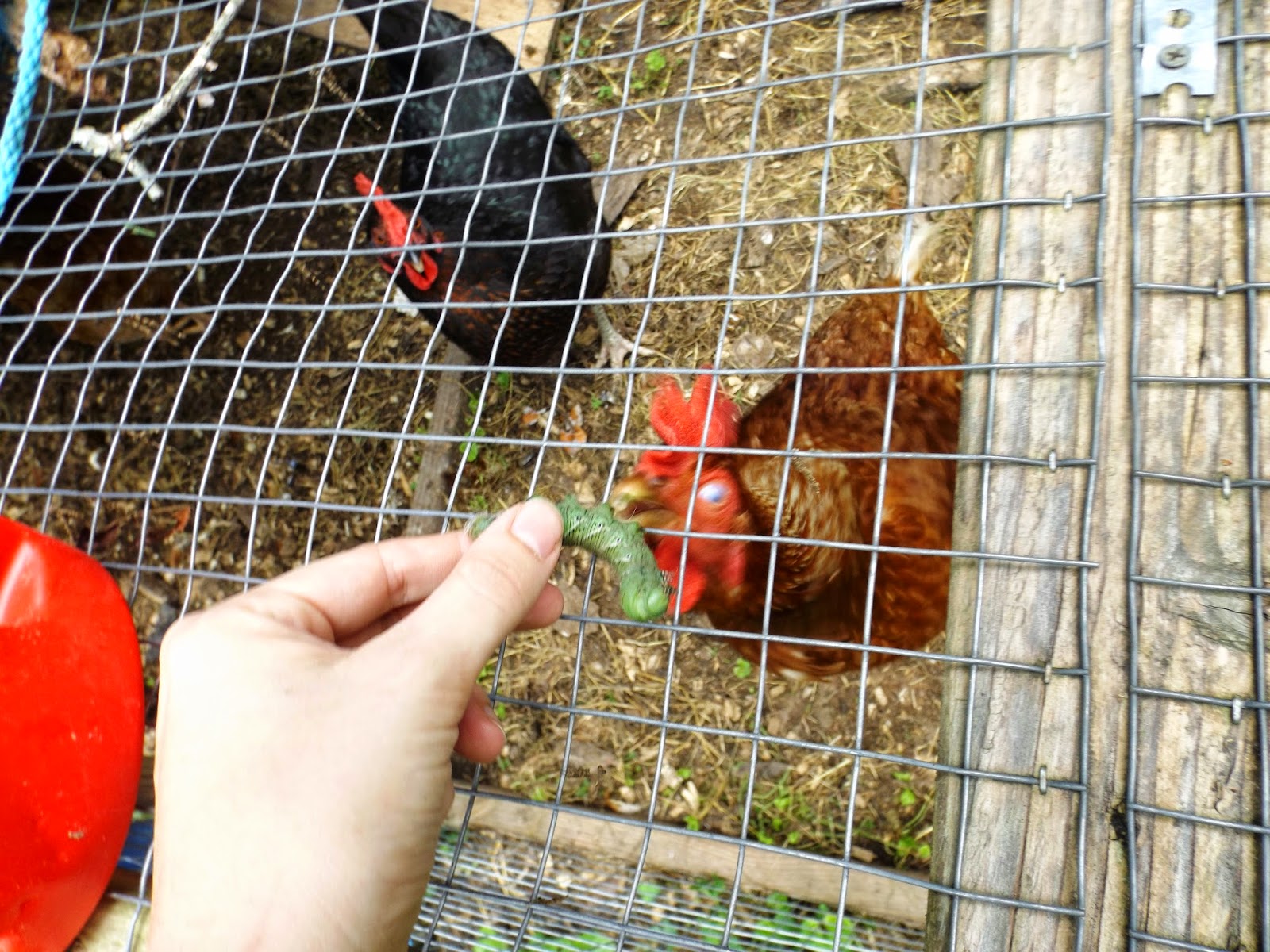 How interesting, chickens close their eyes when they bite just like sharks do...

Oh, and in case you were wondering, this is what caterpillar poop looks like: 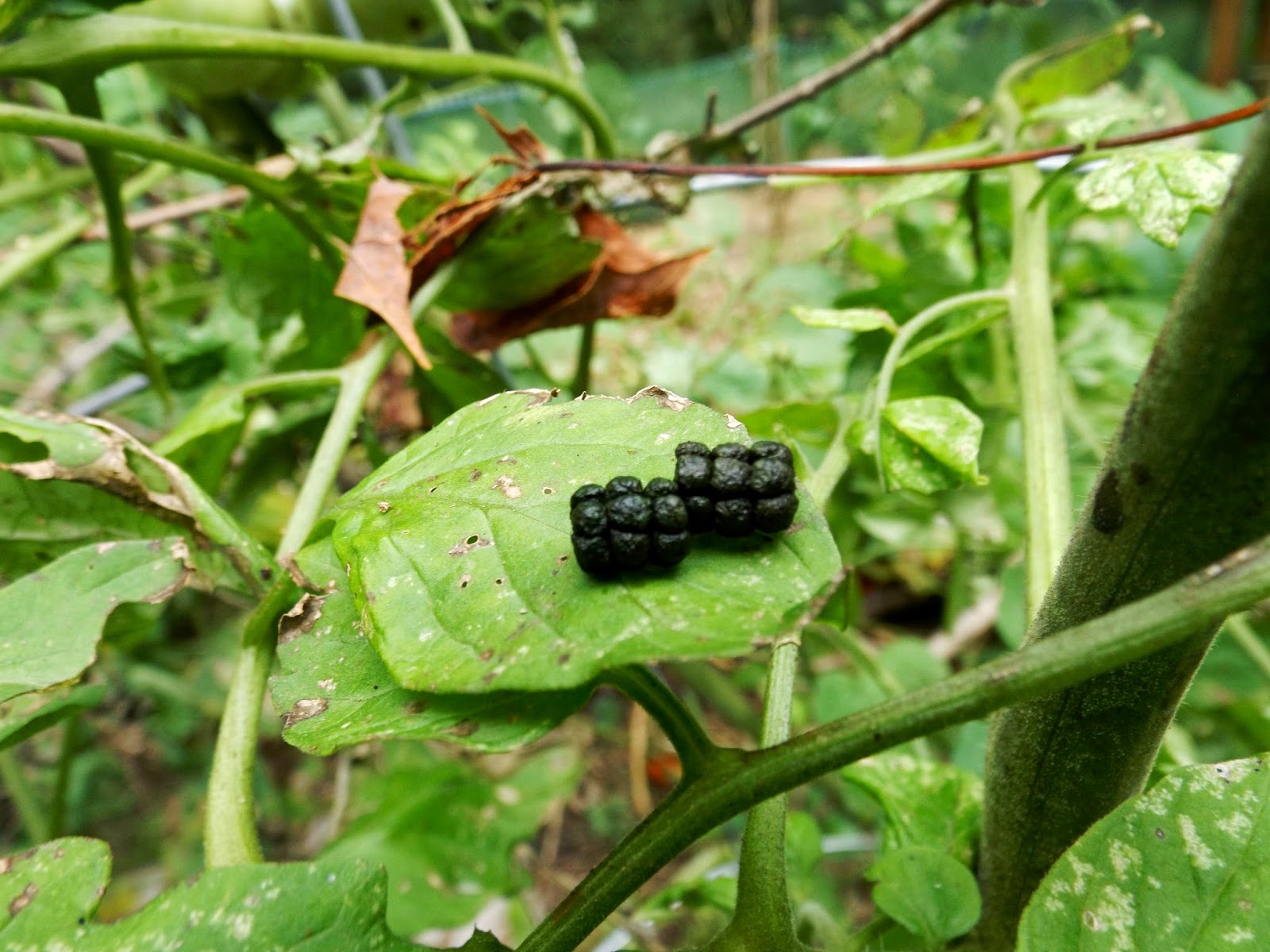 The technical term for insect feces is FRASS. Add that one to your vocabulary list.


This year I will be planting a winter garden for the first time.

Winters in middle Tennessee are typically quite mild, which is great for a lot of cold weather veggies.

We also live in close proximity to a large lake, which acts as a bit of a buffer from the cold. While areas just outside the park will have frost, most of the time we will not. Often times it will be January before we ever have a hard freeze.

It would have been nice to be taking advantage of this phenomenon sooner, but better late than never.

My garden space is pretty small; about 12ft x 10ft. Full sun is hard to come by in a forested area, and this spot only gets 6 hours in the height of summer.

I'm hoping a fall/winter garden will perform better, since the fallen leaves will give the area more sunlight, and the cold weather will keep pests away.

I've already ordered my garlic from the Seed Savers Exchange, and it should be shipped here in a couple of weeks. These are the varieties I will be trying:

This will be my first time planting garlic, and it's the vegetable I'm the most excited about. It has a host of culinary and medicinal benefits.

I'll also be trying my hand at kale and pac choy, and seeing if I have more success with bunching onions and sugar snap peas. I may be a little late getting the latter two in the ground, but I already have the seeds, so I may as well give it a shot.

I may try to get some of these seeds in the ground before we leave on vacation, hoping for a few more good rains to water them well while we're at the beach.

One thing I love about homesteading is you are never bored. There is always something to look forward to in each season!