13 Things Nobody Ever Told Me about Cloth Diapering 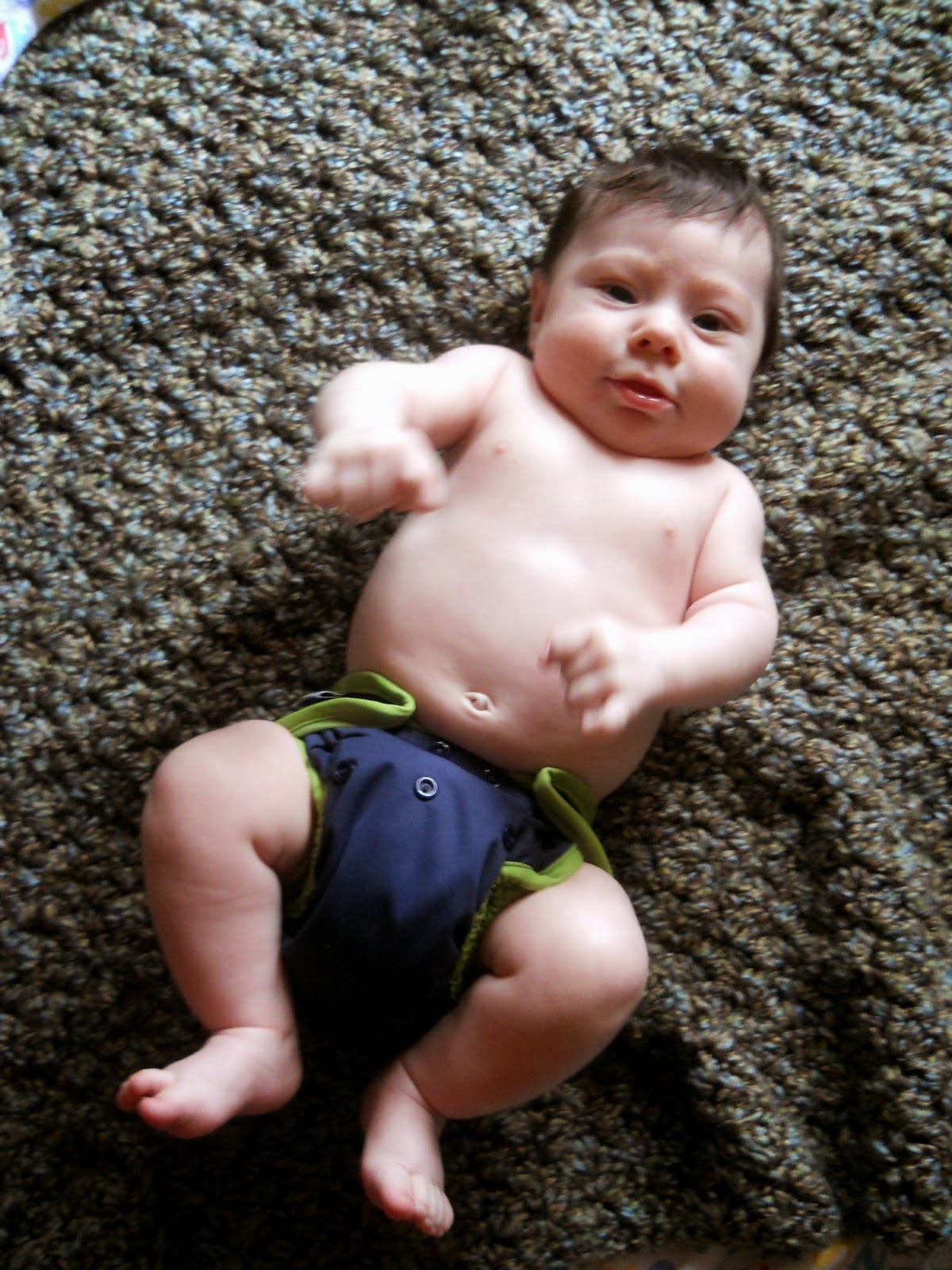 So we cloth diaper, around here. Well, you know, for the baby. (Incidentally they do make cloth diapers for adults. I know because I Googled it one day out of curiosity, although I couldnt bring myself to click on any of the links.)

I guess it’s no surprise that people like us would want to use cloth diapers. We like to buy organic produce, cruelty-free meats and use natural cleaners. We go out of our way to buy plant-based wood stain and avoid noxious chemicals when at all possible. We’re all about conserving the environment and lessening our negative impact on nature.

Although that really wasn’t my number one reason for choosing to cloth diaper.

I was mainly interested in saving money, and avoiding exposing my child to the nasty chemicals found in disposable diapers. So these things I already knew...

ONE:  There are so many choices!

And of course, there aren’t any cloth diaper stores to just walk in and have a look at the products and get a handle on how they work. I had to do a TON of research to decide which method to go with.  In other words, lots of You-tubing, my friend. I felt like such a dork looking up how to cloth diaper a baby.

My sister-in-law handed down some pre-folds, plastic pants and pocket diapers (which he’s still too small for).

I ultimately decided to go with pre-folds and covers, since it seemed the most economical. (I’ll write another post later on about my cloth diapering system.) 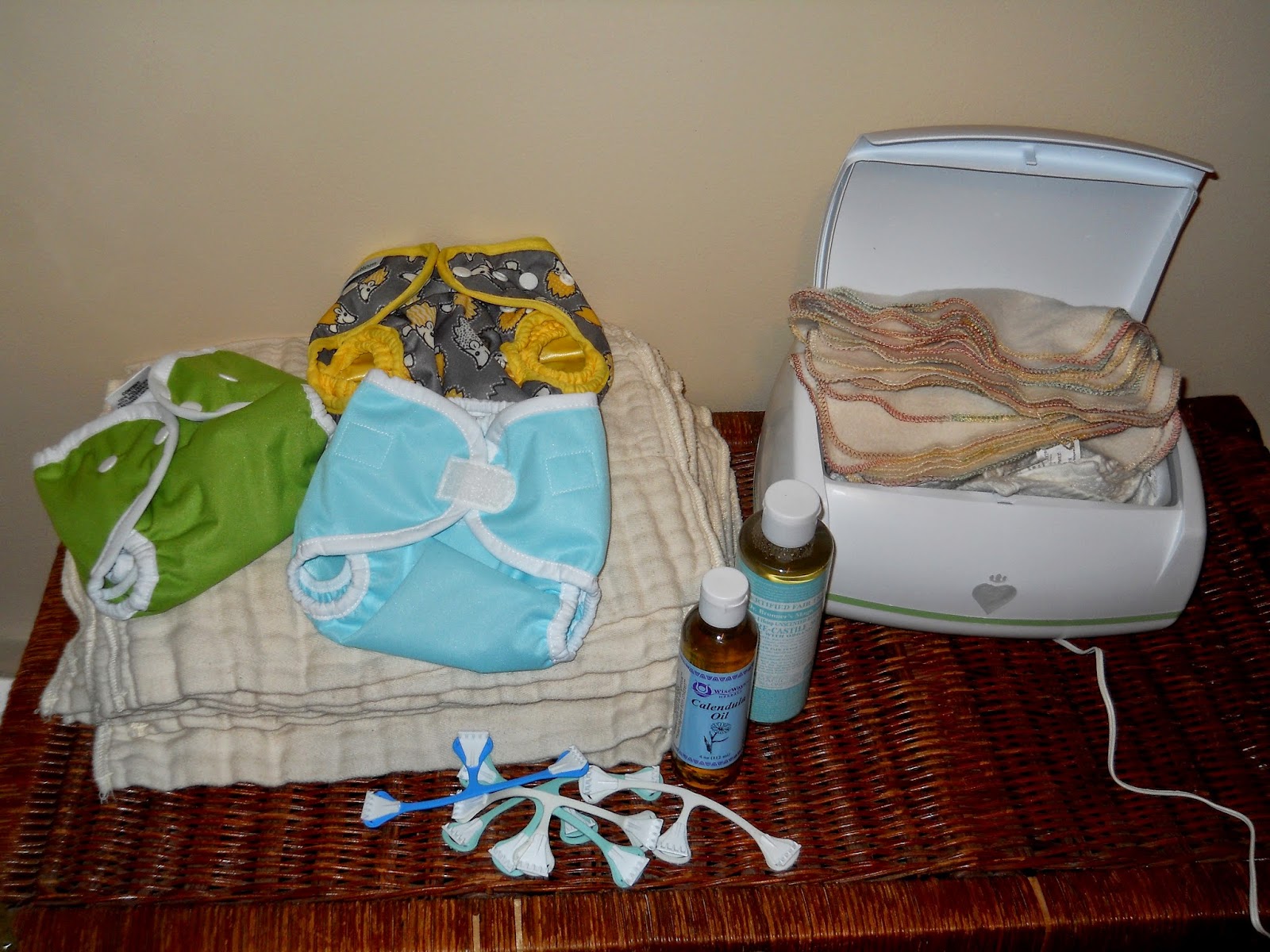 TWO:  They are an investment

No matter what you decide to go with, it will be an initial investment. To anybody who has bought huge packages of disposables for $12-15, the price tag for cloth diapering can be a bit of a shock. I paid upwards of $17 each for my covers. Two packs of prefolds were around $30 each. But let’s keep the big picture in mind. You do realize how fast you will go through that pack of 100 diapers. Pretty quick my friend. Believe me, cloth pays off.

THREE:  They are hard to find

Basically, you aren’t going to find any. Well, at least not around here. Those packages of “cloth diapers” you find at Wal-mart are good for nothing more than burp rags (although some have said they make good cheese cloth).

If you want to cloth diaper, you will probably have to buy everything online (although sometimes you will luck out on Craigslist or LSN).

You will definitely need a good place to store them. We decided to invest in a dresser style changing table, and I'm so glad we did! The  two drawers and the shelf are plenty of room for all my pre-folds, covers, wipes, wipes warmer and diaper creams. Besides the fact that it looks nice enough to be used as a regular house furnishing once our diapering days are done. 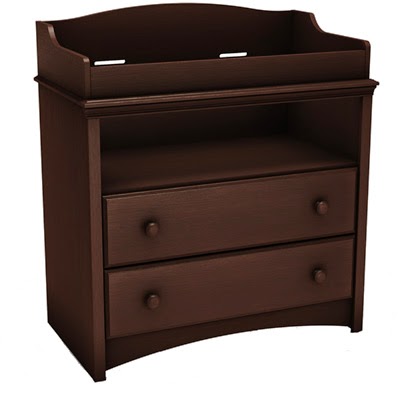 I’m not entirely sure why I went with unbleached. Maybe I was just thinking they were a more natural option. Maybe I just like the way those ivory colored diapers looked on Amazon. Whatever the reason, I ended up with 2 dozen. I had to wash them about 5 times before the natural oils were stripped enough so they didn’t repel liquid (kind of important for a diaper). They also are much coarser than the bleached ones. At times they feel really rough. I ended up having to get another product (Ecover) to soften them. (This could also be an issue with the type of water we have.) The only good thing about them being off-white would be that they hide poop stains better. But, are stains really an issue here? I mean come on; they’re diapers, not dinner napkins.

SIX:  Don't feel like a failure if you don't user cloth diapers from day one

Let’s be honest. Those first days are HELL. I mean, I certainly look back with fondness over cuddling that sweet newborn. But those days were exhausting (is there is stronger word than exhausting? How about GRUELING), scary, and fraught with many tears. In my case, Ian was unable to latch for 10 days after birth. For a first-time breast-feeding mom this is, er – stressful, to say the least. The last thing on my mind was slapping a cloth diaper on him.

Besides that, I had already planned to use disposables the first week or so, to catch the tarry meconium. Disposables turned out to be a godsend, during those first weeks. There is so much adjusting going on, that the simpler things are, the better. In fact, he was at least a month old before I attempted cloth diapering.

Ian in cloth diapers for the first time

Then I discovered something else nobody told me…..

SEVEN:  Make sure to get the right sized liners for your covers

I got two newborn covers. Just looking at them and then looking at my pre-folds, I had my serious doubts that they would fit. Yeah, they didn’t. And yet I couldn’t find anything that would fit in that tiny cover and actually absorb anything. Looking back I probably could have made something, or taken some extra pre-folds and cut them into strips and sewn down the edges. Oh well, maybe for the next one.

EIGHT:  Make sure you have the right-sized pre-folds to fit your baby

So the pre-folds I got were categorized as “newborn.” My plan was to wrap them around him and fix them in place with Snappis, like this Youtube video demonstrates.

Unfortunately, when he was a newborn the diapers were so bulky on him, they swallowed half his body. And there was no way those Snappis were going to work. When I did try to attach them they pretty well cut off his circulation. He finally grew into the pre-folds, and I just had to forget using the Snappis all-together. This system is still working fine to this day.

Cloth diapers are bulkier than disposables. In the case of covers and pre-folds, a LOT bulkier. If onesies aren’t long enough in the groin area, there is no way they are fitting over his butt. Overalls have never worked for me (which made me sad because they were so cute!). All but the stretchiest of pants and shorts won’t fit over his derriere (I'm having a fun time trying to think of all the different terms for "butt").

And then of course there’s the aesthetic factor. His bottom half is considerably larger in a cloth diaper. Perhaps this wouldn’t be as extreme for some types of pockets and all-in-ones. His lower end looks especially funny in shorts.

This really isn’t a big deal. I know people aren’t looking at him thinking “my God, what a huge butt that kid has!” People are undoubtedly focused on his beautiful face and cheeky smile. It’s just a mom thing, I guess. 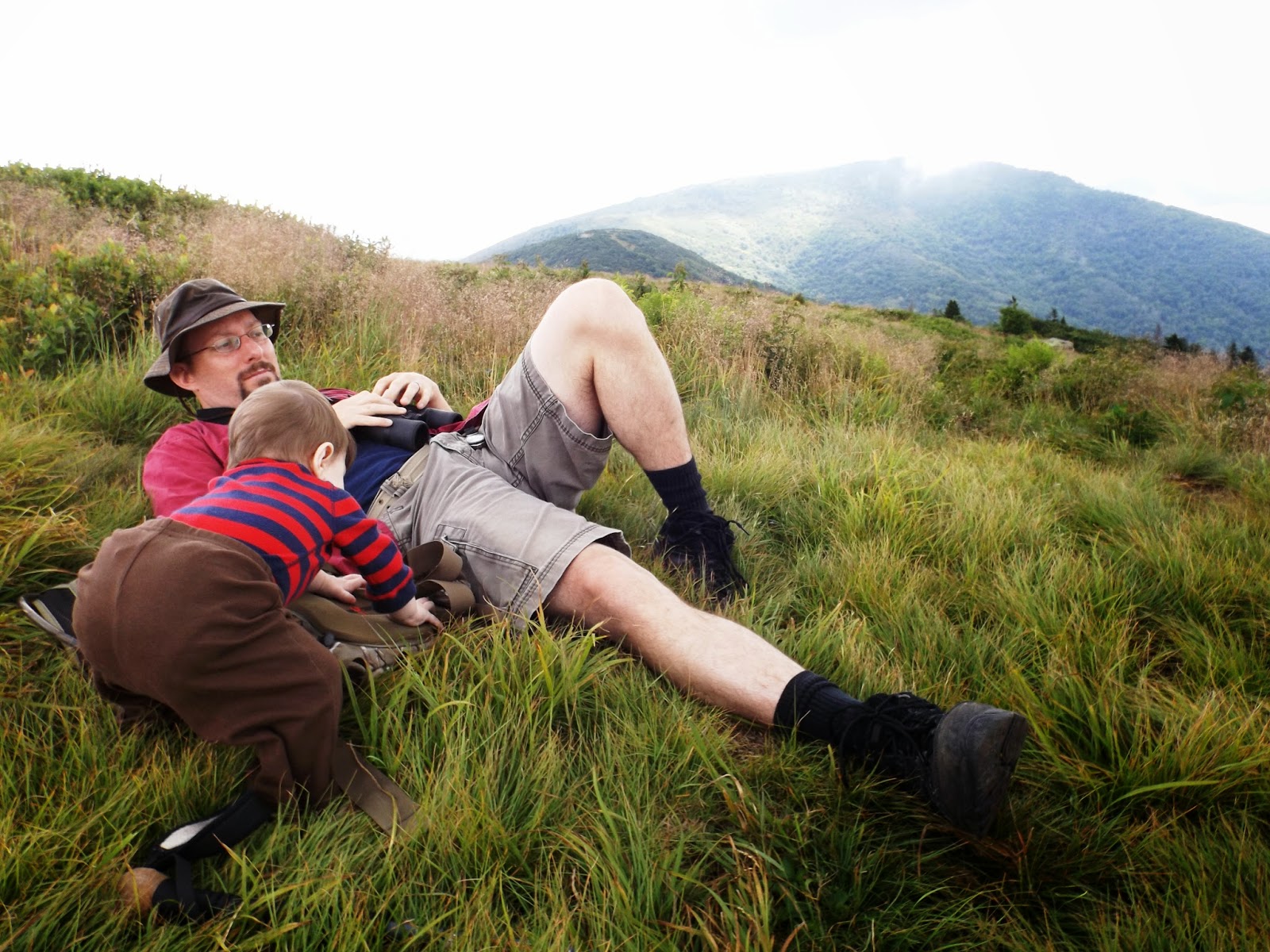 Once you get into the swing of things, throwing an extra load of laundry in the washer every other day or so isn’t that hard. You learn pretty quickly to think ahead, and watch that pile of dirty diapers in the pail. Get the right detergent! You can’t use your average Arm and Hammer on diapers. There are several detergents available that are safe for diapers. Charlie’s Soap was the one I went with, since it is the most economical choice for me. Again, only found online in this neck of the woods. Luckily everything: covers, pre-folds, wet bags, cloth wipes – can all be thrown in and washed at the same time. I just dump the bucket in, and that’s that. I highly recommend a second rinse, to make sure all of the detergent is washed out before putting them on sensitive bottoms (lesson learned here). They may also take an extra cycle in the dryer to fluff and dry sufficiently.

So I suppose if you are in a desperate need to save water and electricity, you may need to weigh out expenses.

ELEVEN:  Get the right diaper cream

Diaper cream is undoubtedly one of those little extras you will get at a baby shower. I got like 4 different brands. Pretty much any diaper cream you buy at the store is not safe for cloth diapers. Even Burt’s Bees or Aveeno. I believe it is the zinc that is the problem. I made that mistake and a few of my  pre-folds are not only stained, but the places where the cream rubbed on are crispy and brittle. They aren’t ruined, per se, but I suspect it will shorten their lifespan significantly. This is what I use and love it.

TWELVE:  Traveling can be a hassle

Short trips into town aren’t a big deal, really. But extended trips where you are staying overnight can be a bit complicated. It will take up a lot of space in the car to pack all those diapers, as well as the diaper pail. Then of course you have to have access to laundry facilities to wash them, and then (depending on your situation) sit around for about 2 hours to wash and dry them sufficiently. We’ve done it, but I think the next time we go on vacation we will grab some disposables. It’d be nice to spend those 2 hours doings something more vacation-ishy.

THIRTEEN:  How much I would love it J

I certainly don’t mean to shed a negative light on cloth diapering. It’s just that, all the information I encountered online is gushing about all the positive aspects, without mentioning the nitty-gritty, day-to-day realities. Some of these things would seem like no-brainers, but it’s easy to overlook the obvious when you are completely absorbed in learning to be a parent. Maybe I could have avoided some bumps in the road if I was surrounded by more cloth diaper-ers.

But with that said, my experience with cloth diapering has been exceedingly positive. I have no regrets. 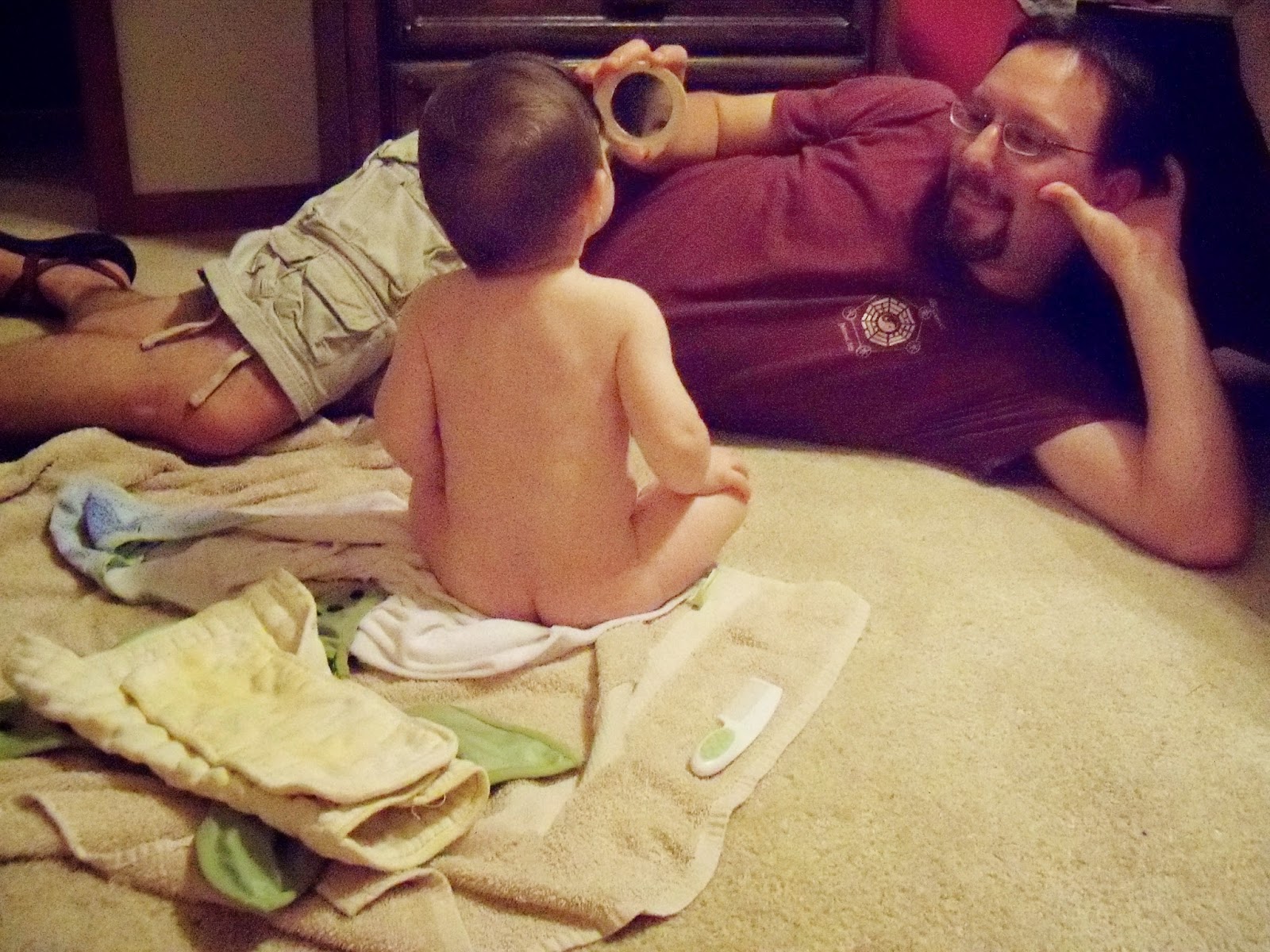 So if you’re a first time mom, and your first experience with cloth diapering is awkward and frustrating [raises hand], don’t despair! It’s just like any other facet of learning to be a parent: you don’t really know what to expect until you’re in the midst of it. You pretty well learn by doing. And that’s totally okay.
It’s a painful, tear-stained, heartwarming, frustrating, and beautiful road we travel. And it’s all worth it. J