Things have finally settled into a regular routine with the rabbits, now that we've had them these three weeks....

Every morning I head out to the shed and check on everyone. I observe them for a minute or two, to see if there are any changes in behavior. I then check their water levels, hay, and whether or not they left any pellets from the previous night's feeding.

I then grab my basket, and head off to pick their daily salad. They immediately begin to circle in their cages, and Turn will even skip as he runs laps. They know what's coming. 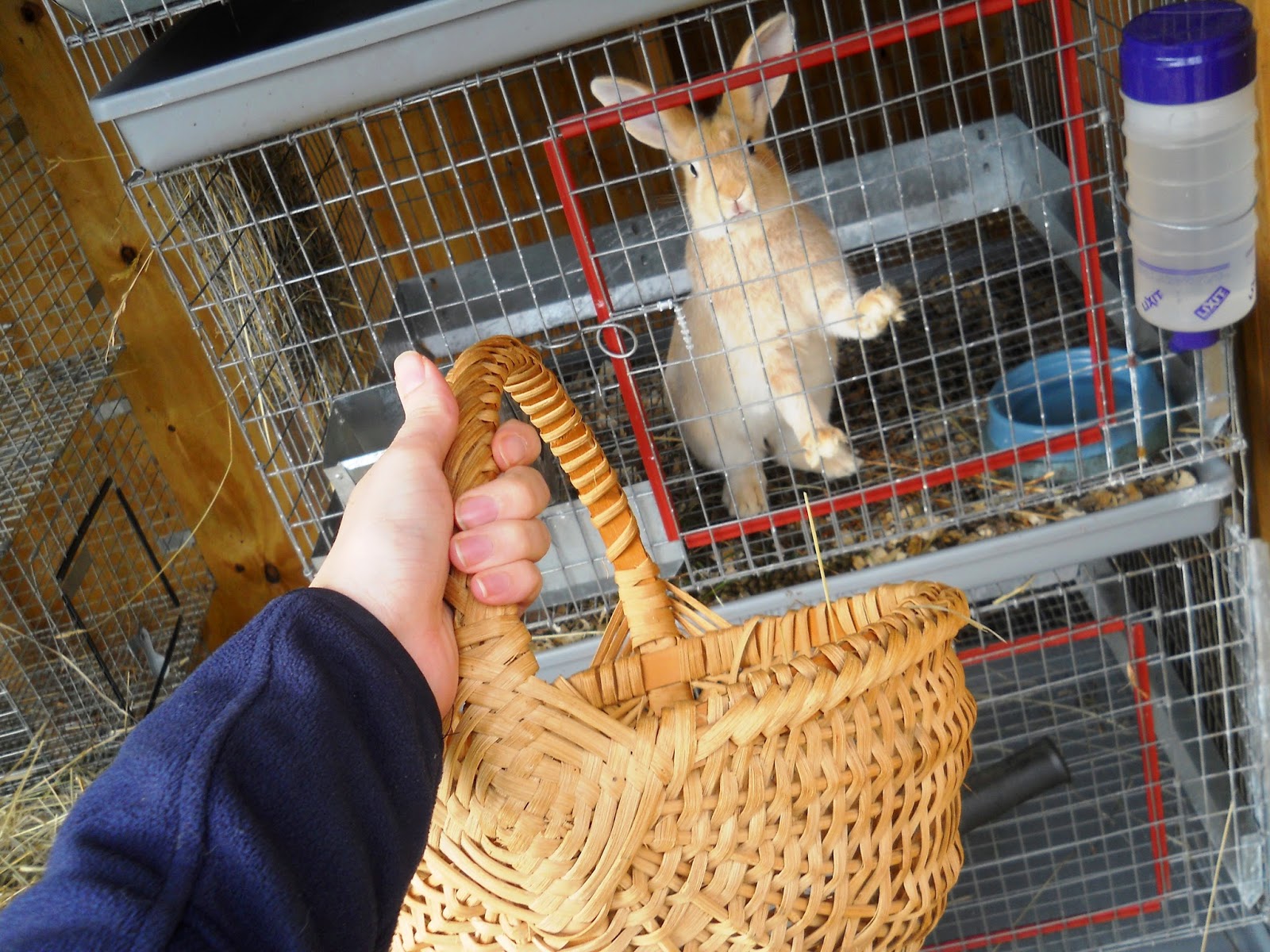 So I walk to different parts of the yard, gathering as I go. Right now their daily salad consists of :

dock, flowering violets (which, by the way, are pound for pound higher in vitamin C than oranges), blackberry, plantain, maple seedlings, chickweed (one of their current favorites), cleavers, clover, dandelion (plus blooms), grasses & honeysuckle. 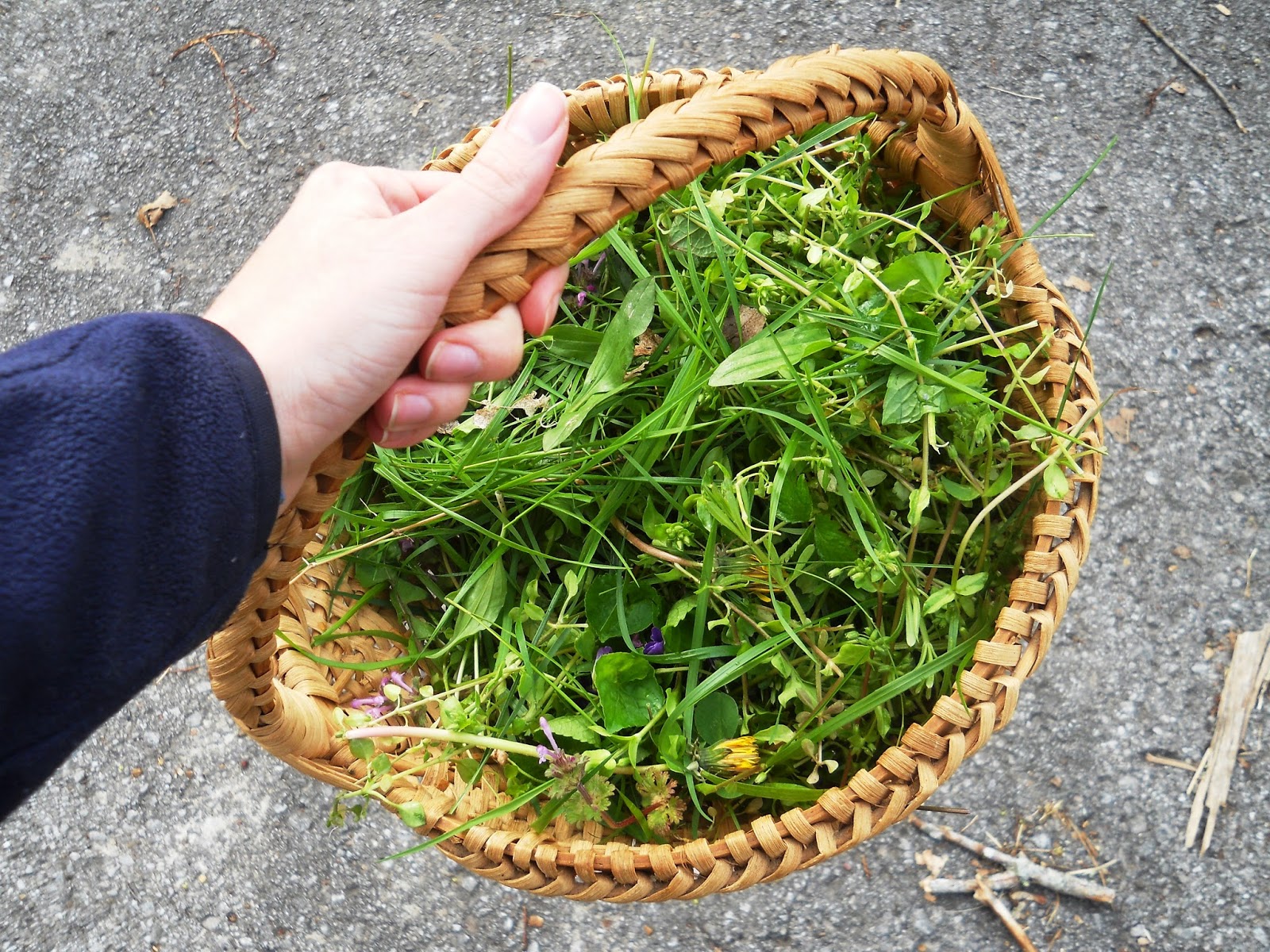 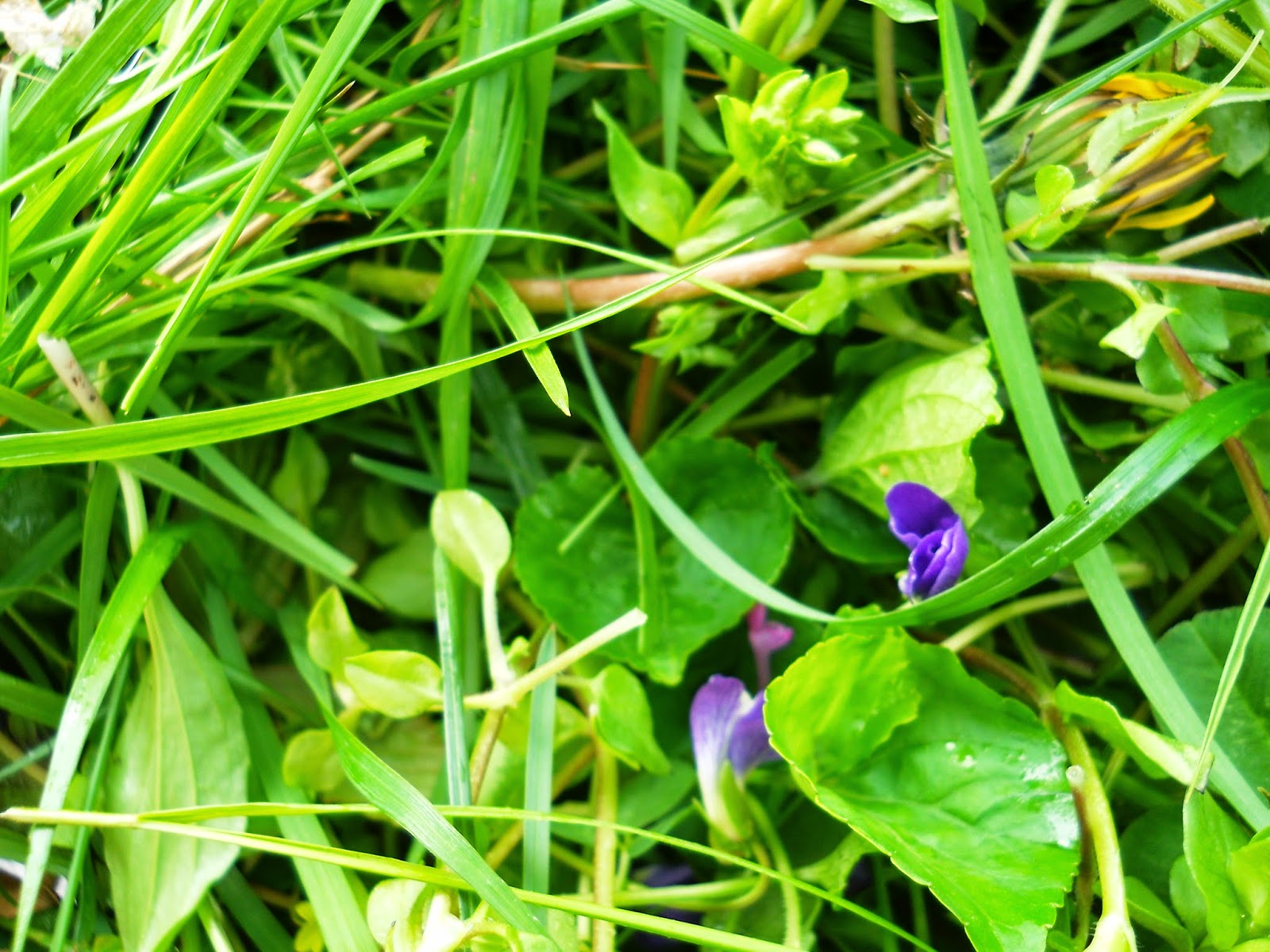 My daily foraging session also gives me a chance to listen for new migratory birds that have arrived, and just enjoy the spring air (and sans baby time).

I give the salad a good toss, and return to the rabbits. They run to their doors in eager anticipation, and I dispense a small mountain of greens in front of them. They nose around for their favorites, and start munching away. 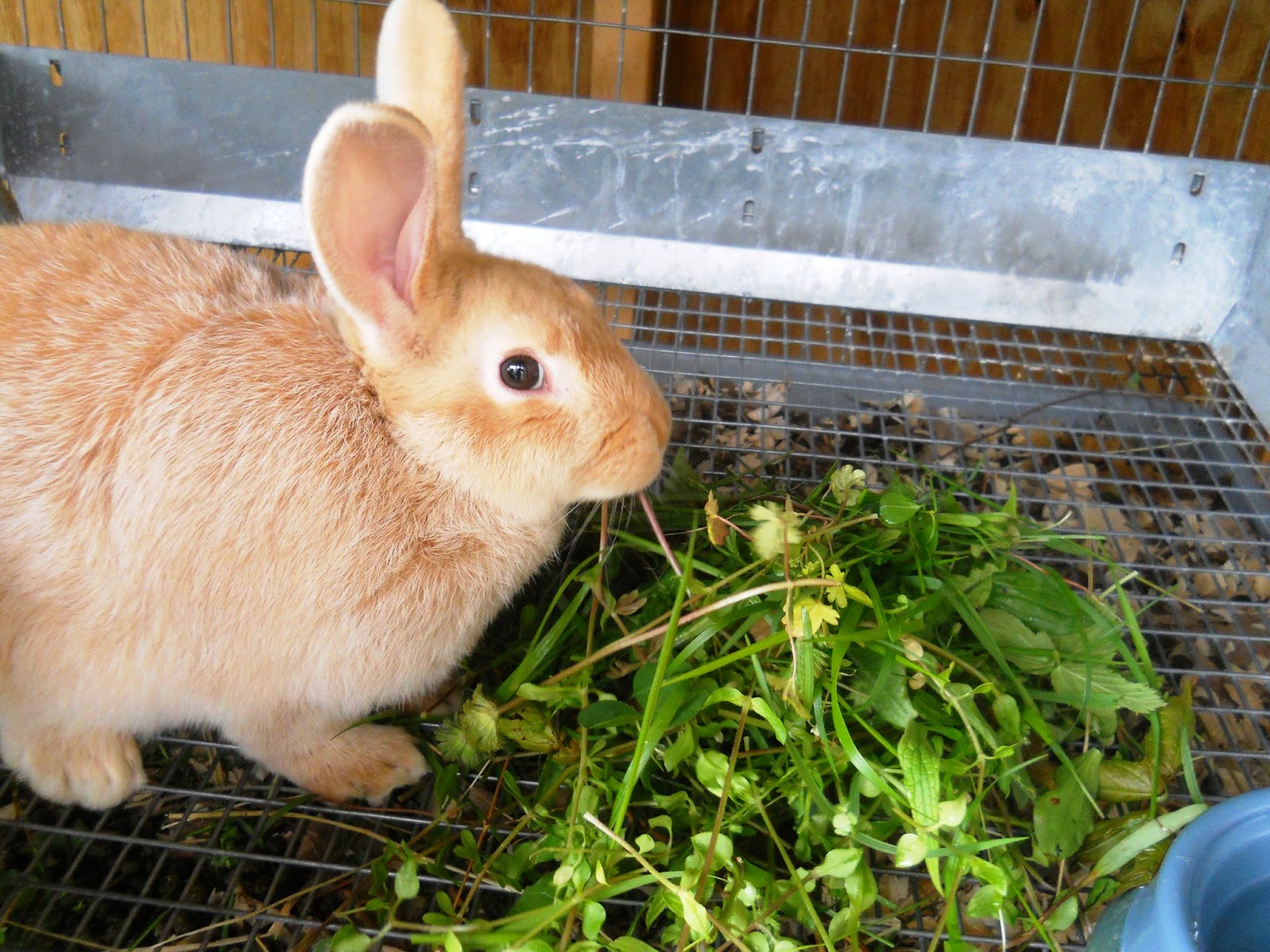 I usually check on them throughout the day, baby in tow, giving them a treat when I visit: a comfrey leaf, or maybe a newly leafed twig.

Sometime between 4 & 6 PM, depending on when I have my husband to assist with the baby, I head out to give Coy her Baytril (only has a couple of doses left), and then feed them their pellets afterwards.

Every few days I pull out their trays and either give them a stir, or replace the substrate. I've been placing a mix of well rotted compost & soil with pine shavings in the trays. This helps absorb the urine, and begin to break down some of their waste. 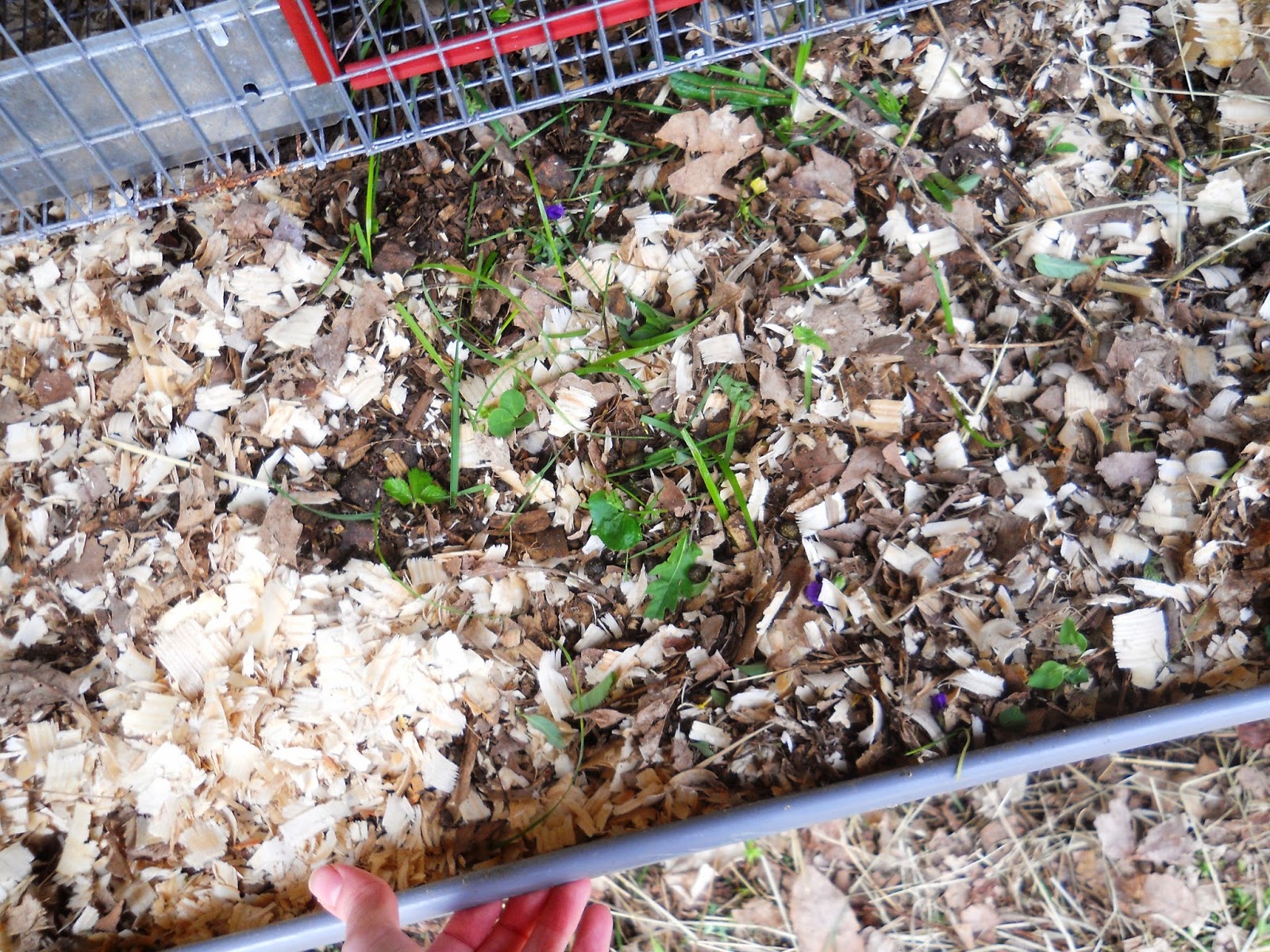 So far this seems to work pretty well, and I've already got a good rabbit/compost heap going. I need more partitions! 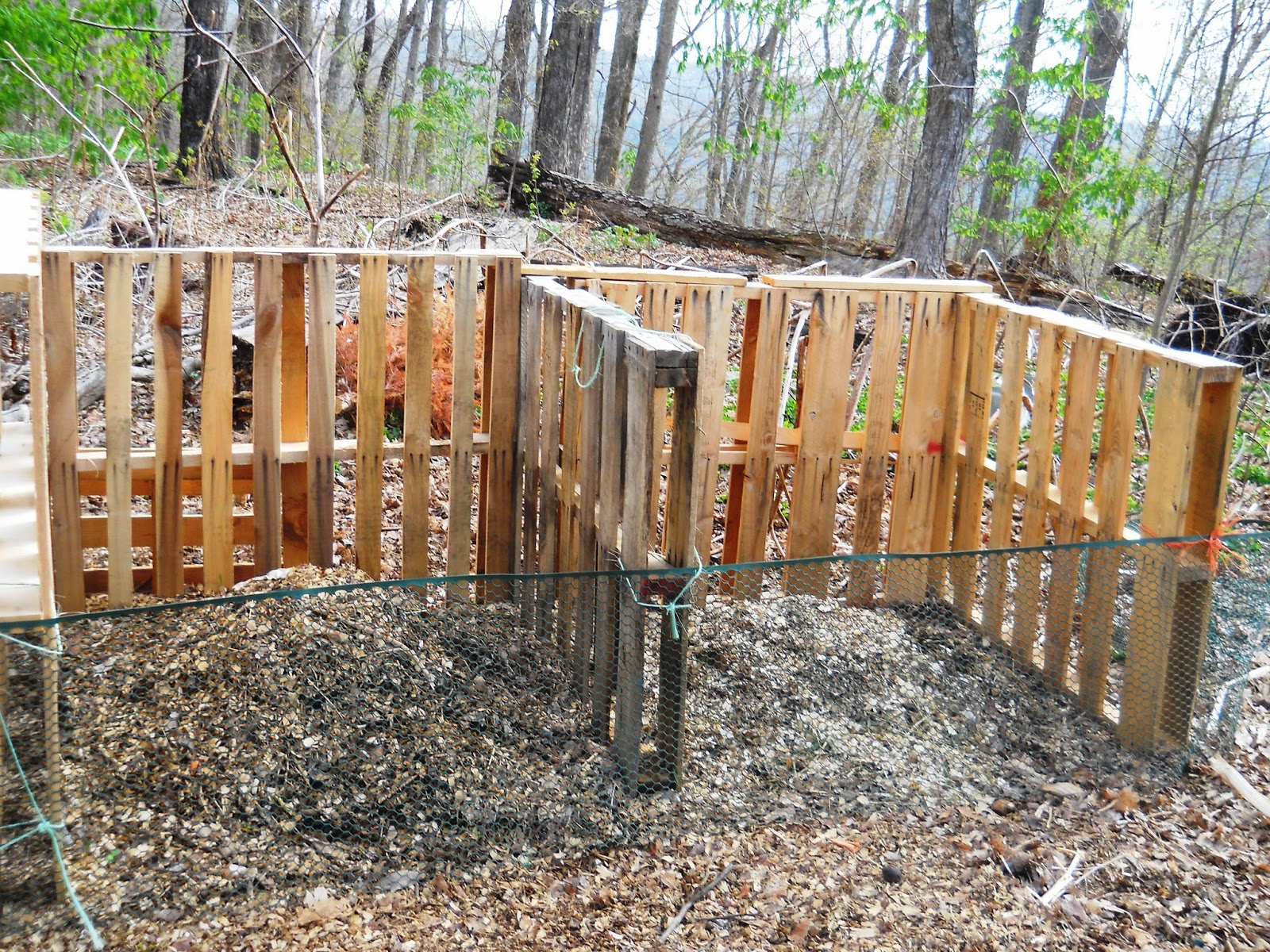 I've also been adding raw apple cider vinegar to their water, at around a tablespoon per gallon (distilled first). There are multiple benefits, including boosting fertility, improving coat & reducing ammonia odor in their urine. Here is list of other good reasons to add it daily, compiled by another successful rabbitry in Arizona.

Later next week it will be time for the "straw test" on Coy. If I toss a handful of straw or hay on the cage floor and she starts carrying it around in her mouth like she's looking for a place to stuff it, she should be pregnant. Either way I'll be adding the nesting box on the 18th.

Coy has gone back to appearing asymptomatic, in regards to the pasteurella, but I know it's there, lurking just beneath the surface. This will be the one and only time I will administer antibiotics for the infection. In the future I will give them garlic at the first sign of the snuffles. If it doesn't clear up, I will cull.

Right now I really can't afford to cull so aggressively, because I will have nothing left to breed! I can't afford to go gallivanting around the country purchasing new rabbits every so often, especially with an infant. It probably isn't wise to start with rabbits susceptible to pasteurella in the first place, but with such a rare breed, I'm not sure I can afford to be so choosy. I'll certainly selectively breed for strong, resistant stock in the future, but I've got to have rabbits to start with!

For now we'll continue on with our daily routine, and I'll do my best to ensure optimal health with a sound management plan.