The Sounds of Spring

Ahhhh.... open windows once again. It's so nice to have a fresh breeze pushing the stale, dry air out of the house.

The birds know spring is near, as they are becoming increasingly....twitterpated, I guess is the word (even though spell check doesn't acknowledge its existence).

There is much singing, calling and chasing going on outside our "cabin in the woods." Hearing the bluebirds sing as they build their nest is especially heart warming.

The warm air, singing birds and greening of the forest floor are all reminders that another winter will soon be behind us. 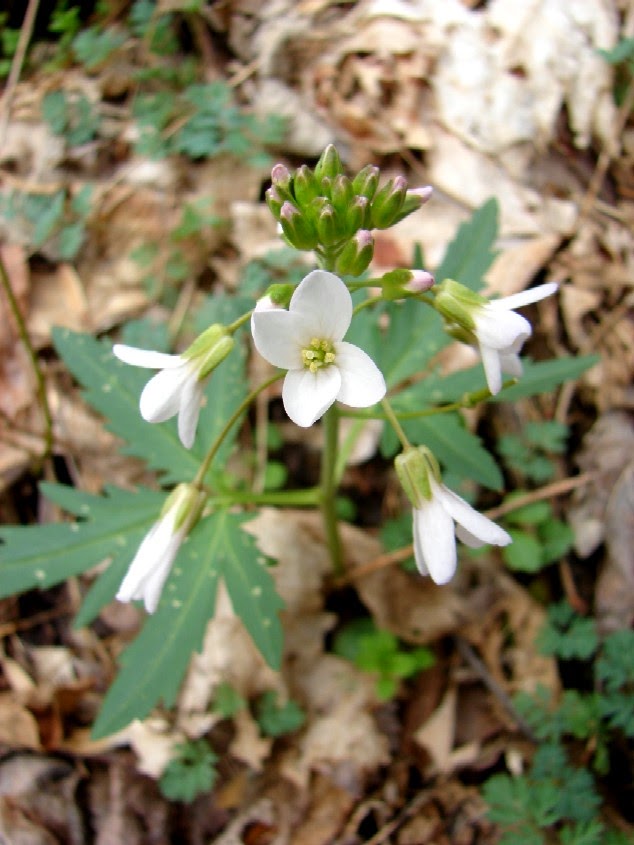 This winter has been one of the hardest, and yet one of the sweetest. I've come to realize over the years that I have seasonal affective disorder. Because of this I was especially concerned about getting post-partum depression, with Ian being born in November. I knew I'd have the whole winter to fight it.

The last couple of years we spent much of the winter getting outside hiking, bird-watching, kayaking & fishing. All that activity really helped to keep the seasonal blues at bay.

But this winter I've hardly been outside at all. Much of the time I have been desperately trying to make up for lost sleep during the day, stealing an hour here and there while Mark cares for the baby. Even now Ian still has his "marathon" feeding sessions, where I'm tied to the couch for hours at a time (right now, as a matter of fact). So warding of those heavy feelings could get a little difficult at times, and I'm not going to say I haven't been moody. Ask the husband. :)

All in all it's really not been that bad. It's helped to try and keep things in perspective. Life is seasonal, just as the world around us.

With the warming days I can now bring the baby outdoors with me. He still doesn't stay content for very long, but we'll get there, I'm sure.


I've been corresponding with the Creme d'Argent breeder and it looks like we're in business! It just so happens that they are coming to Tennessee to pick up a goat next weekend, only 2 1/2 hours from us. While that will still be the longest trip Ian has taken in the car, it sure as heck beats 5 hours one way. I think we can manage. I am so excited about this project. It represents so many realized goals I've set for the last several years.

We moved all the rabbit equipment from our storage shed to the rabbit shed. That freed up a LOT of space to store other stuff. 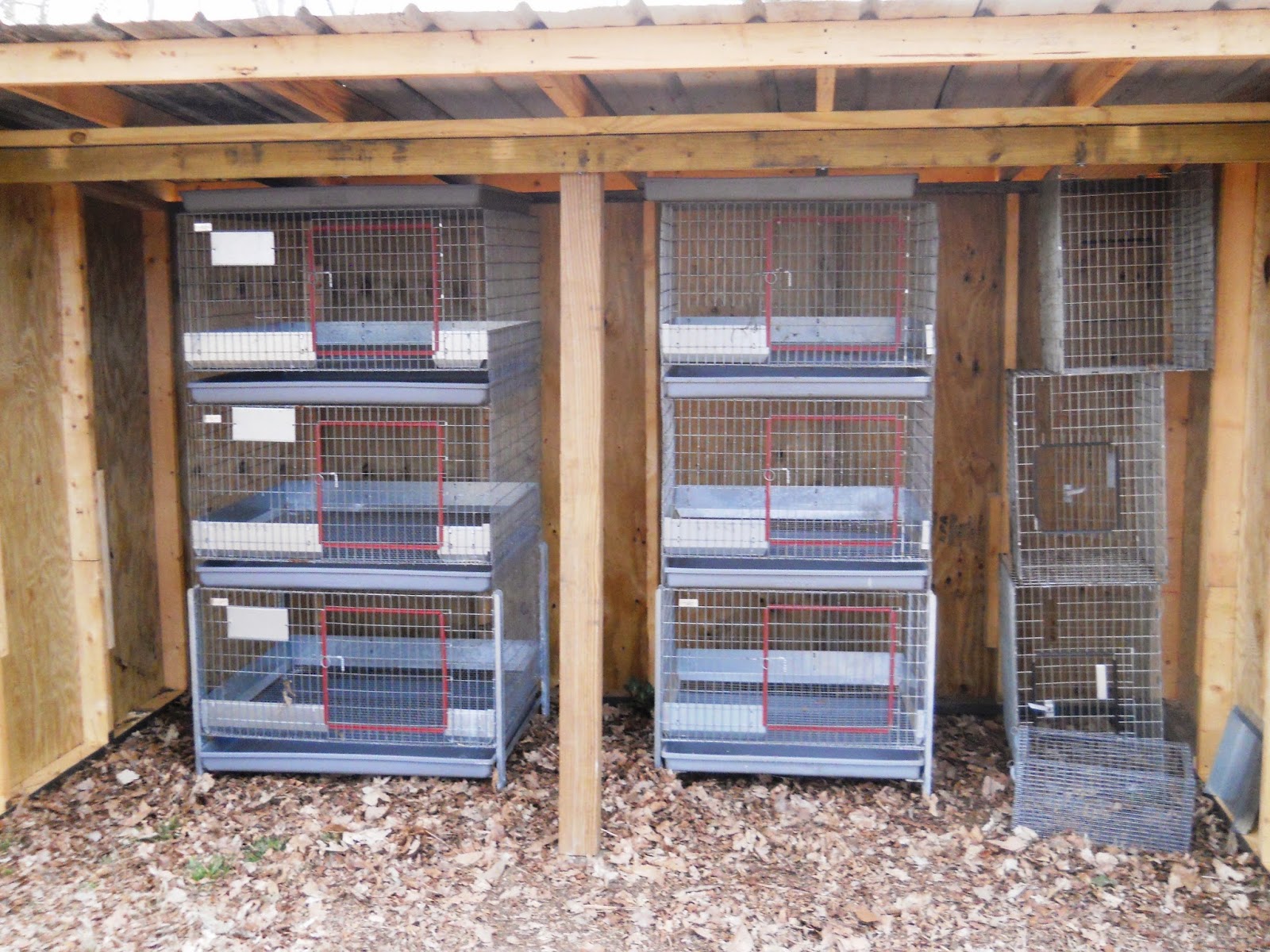 This won't be the final arrangement, by the way. Just needed to get them out of the way. All in all there are 10 cages - 2 3-tier and 4 suspending (one still in the box). I'm worried I may not have allowed for enough space........


And we'll need all the storage space we can get. Baby-proofing is in our very near future. We have one of the least "baby safe" homes you could have. Various weapons lying around (swords mostly), fishing supplies, books and magazines, dvds, electronics, houseplants, and on and on and on.

He's not crawling yet, but he's really starting to roll over. He thinks he can go somewhere until he flops onto his belly and gets stuck there. Soon enough....

I was happy to find that the dimensions I laid out for the rabbit shed over a year ago were correct. I was starting to worry about that after they began to build it. Of course I just read in the book that the cages really need to be 3 feet from the walls to keep them from getting caked in urine and manure. Unfortunately that won't be practical. Oh well, I'm sure we'll make it work.

My only other concern is predators. We've had chickens here for a couple of years now, and never had any problem with predators, even though we are technically in a wilderness area.  Perhaps that is the reason. Predators have plenty of natural prey to occupy them. Even with the chickens free ranging during the day, and us occasionally forgetting to close them up at night, we've not even had any attempted attacks.

The rabbits just seem so much more vulnerable to me for some reason. I'm thinking I'd like to make some sort of simple box hide for them to take shelter in. The only predators I could see having a go at them would be raccoons. They could reach in and grab the rabbits and do some damage that way. A box would at least give them a solid structure to hide in. We'll see.

Our chicken tractor is still working quite well for us, even though the handles used to lift and move it broke off. 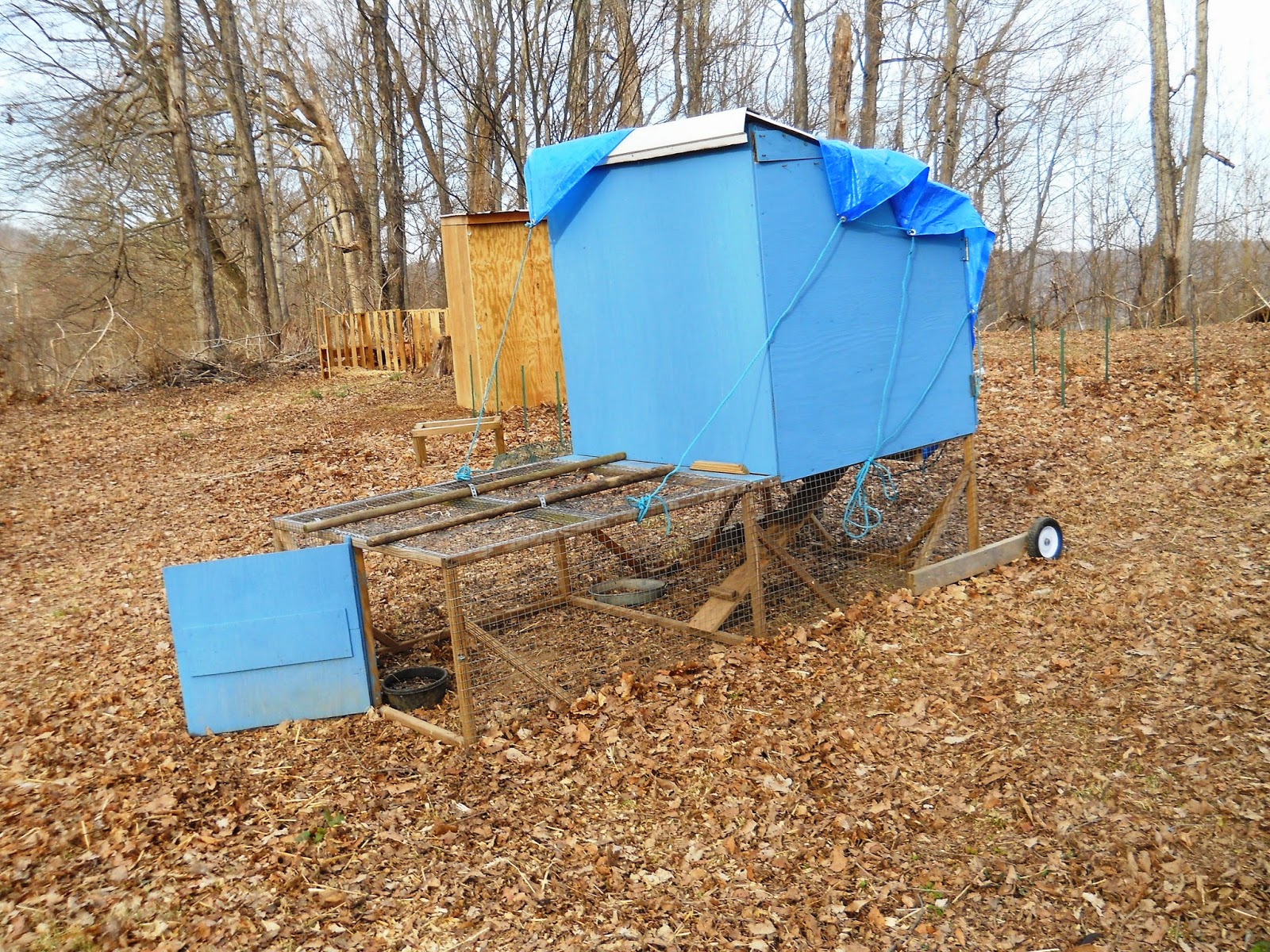 My dad is a big believer in building things to last. Which isn't a bad thing, but it certainly resulted in a HEAVY chicken tractor. We'll have to replace those handles with something so I can actually move it myself again. Also the roof wasn't built quite long enough, and rain can blow into the sides. The door has warped a little from moisture. So we keep this attractive tarp on it most of the time to try and keep the rain out. Otherwise it's still a good, solid structure and I'm pleased with the design. The chickens are probably going to have to actually spend more time in it. They never get into our vegetable garden, but they do a real number on my flower and herb beds. Not to mention my raspberries and potted blueberries. I like for them to forage and find most of their own food, but I would also like to have some berries for US to eat.

It looks like our Silver Appleyard ducklings will be arriving sometime later this month or in April. That works out fine for me. It will give us some time to adjust to the rabbits before getting set up for the ducks. I was trying to decide what type of container would work best to house the ducklings in for the first week or two I will have them. A cardboard box is out of the question, because it would be thoroughly soaked in no time. I was thinking a big rubbermaid storage box, but they are surprisingly expensive. So then I found this at Tractor Supply:

It's technically a livestock water tank, but has a lot of potential uses. They are really popular as ponds/habitats for turtles and other aquatics. It could be used for chilling poultry carcasess after slaughter, a drink cooler for outdoor parties, and of course, a livestock waterer in the future. It would be nice to have a galvanized metal tub which would work for scalding pigs, but they are a little cost-prohibitive at this time. For $65, I thought it was a good deal.

Another small project we (well, Mark) completed recently was building partitions for the compost pile out of pallets. 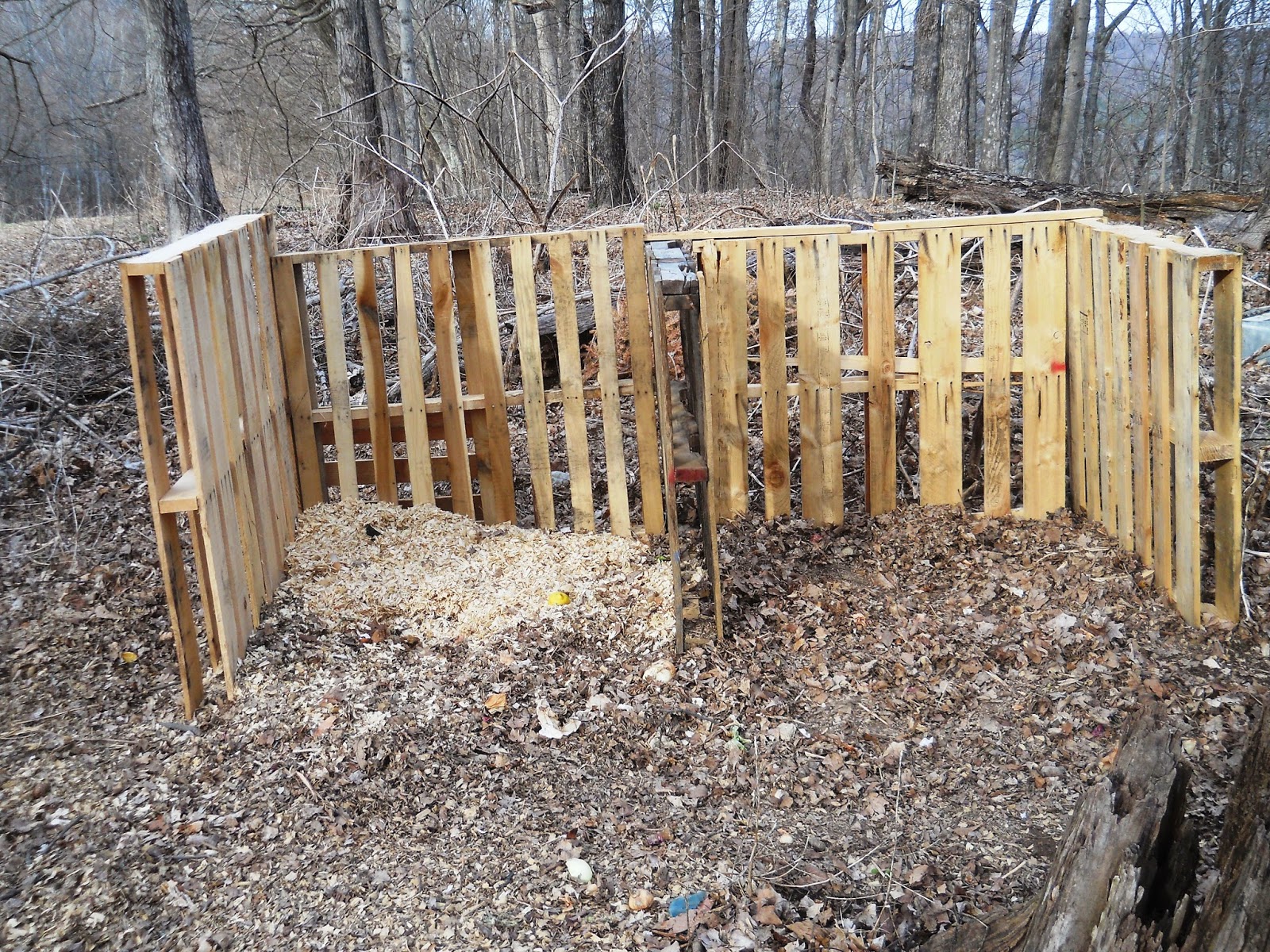 Pallets are great for building, if you don't try to pry them apart. I've even seen where people have built whole buildings out of these things. Takes some ingenuity, but it's possible.

That pretty well sums up my thoughts for the day. I'm eager to get back outside and enjoy what's left of the day before yet another cold front moves through tomorrow. Rain, rain....