The Bluetooth Hollow Rabbitry has hit a few bumps in the road from the get-go. It looks like everything is going to work out alright now, however.

The junior doe looked pretty stressed from the moment we got her home, displaying mild symptoms of shock. I figured if I left her in quiet she would eventually recover. She appeared to improve the next couple days, but then went off her food and water. I attempted force-feeding her liquids to try and get her going again, but she was just too far gone. She finally died Thursday morning. I've been in contact with the breeder, and she agreed it was probably just stress from the long trip. She said she would refund and replace the little doe, and all seemed well and good.

Until I noticed the senior doe sneezing a lot, and a thick white discharge coming out of her nostrils. Oh no, looks like pasteurella. A then noticed that the senior buck was sneezing some, and had a wet nose.  I had visions of losing all 3 rabbits. I contacted the breeder again, and she was surprised since she had never dealt with this problem before. It was undoubtedly brought on by the stress of traveling as well. I decided to try natural remedies first. So I dug up a few Echinacea plants to feed to them, and chopped up some garlic and added it to their water. They seemed to really like it, and I noticed them drinking a lot. The next morning, the buck had ZERO symptoms, and the doe looked better as well. She was still having discharge, so I decided to play it safe and take her to the vet. So now she’s getting Baytril for 10 days, and her prognosis is very good. It is supposedly safe to give her, even if she happens to be pregnant.

I was torn about giving her antibiotics, or even treating her at all. There are a lot of breeders who simply cull any rabbit that gets the “snuffles,” as it’s called, keeping only those apparently resistant in the gene pool. Some just give antibiotics routinely, every few weeks to keep it at bay. I tend to agree more with the cullers, but I hate to not give her a chance, especially since this hadn't ever shown up in the herd I purchased her from.

I think I will start using apple cider vinegar added to their water, as per the practice at this rabbitry. I just cannot bring myself to treat the rabbits with routine antibiotics, no matter what the most experienced rabbit raisers think. It may seem to help them in the short term, but I don’t think we are doing their immune systems any justice, and probably contributing to resistant strains of bacteria. This is the method used in just about any confinement livestock production model, to compensate for the stress of crowded, unsanitary conditions.

At least I am feeling more positive, overall. I was really disheartened yesterday about the situation.

Of course, in addition to all of this going on, my husband gets a stomach bug, and is down and out for a day. Aaaaand taking care of a four-month-old by myself, laundry, meals, and that presentation on herps I’m going to be giving in a couple of weeks for the Tennessee Naturalist Program. What a week.

COY will be ready for either a palpitation or a test breeding the beginning of next month. I may attempt to palpate her, but I doubt I’ll be able to tell anything, since even experienced raisers have difficulty discerning embryos from rabbit poop. We’ll see.

The weather has continued to yo-yo the last few days. It got down into the low 20’s a couple of nights ago. Then it was warm and windy and then cold and rainy… this weekend and most of next week, it’s supposed to creep up into the 70’s. C-R-A-Z-Y.

Yesterday’s rainy weather project was to make hay racks. I took some cage wire leftover from building the chicken tractor, and cut and shaped until I thought they would work. 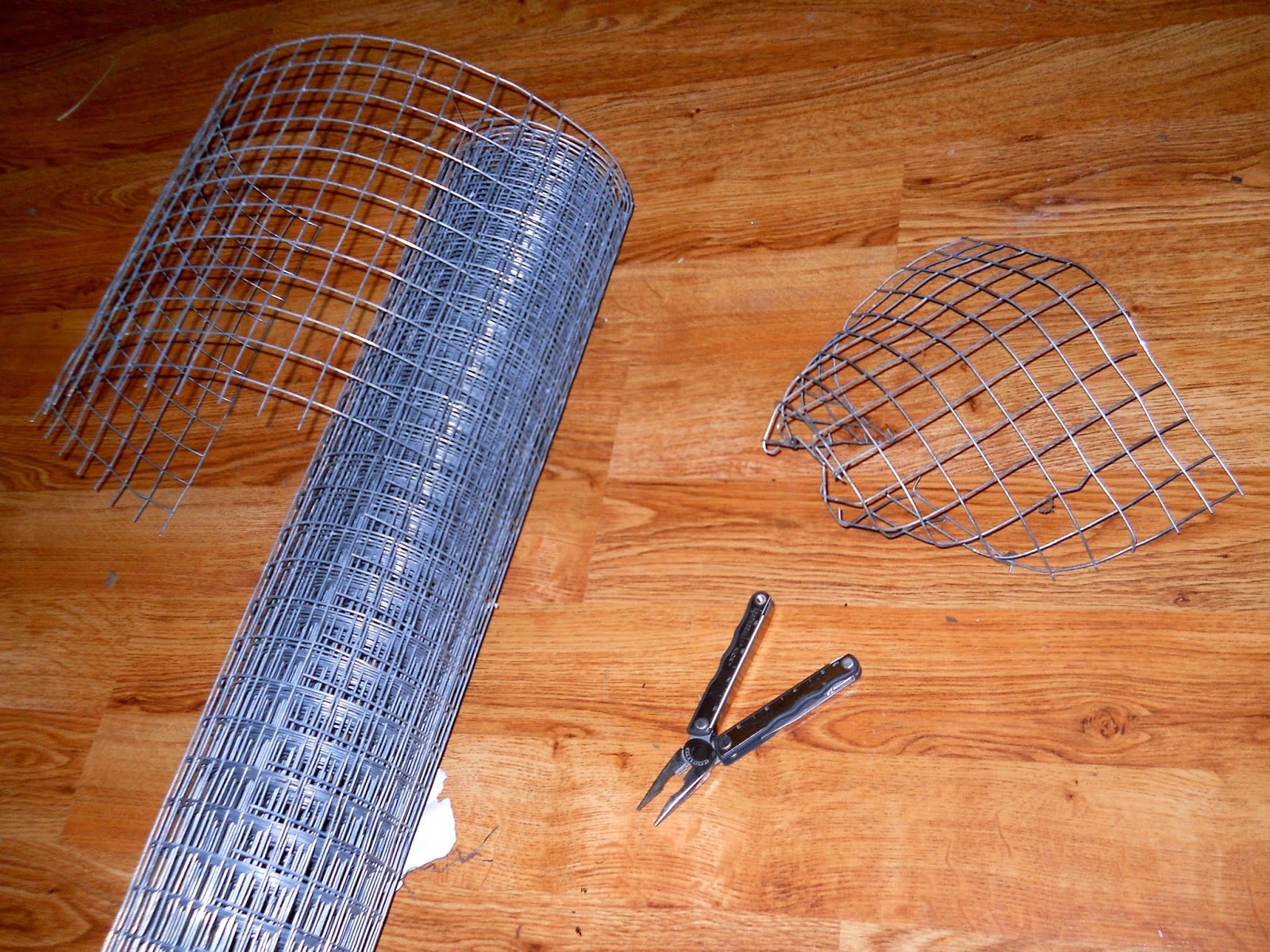 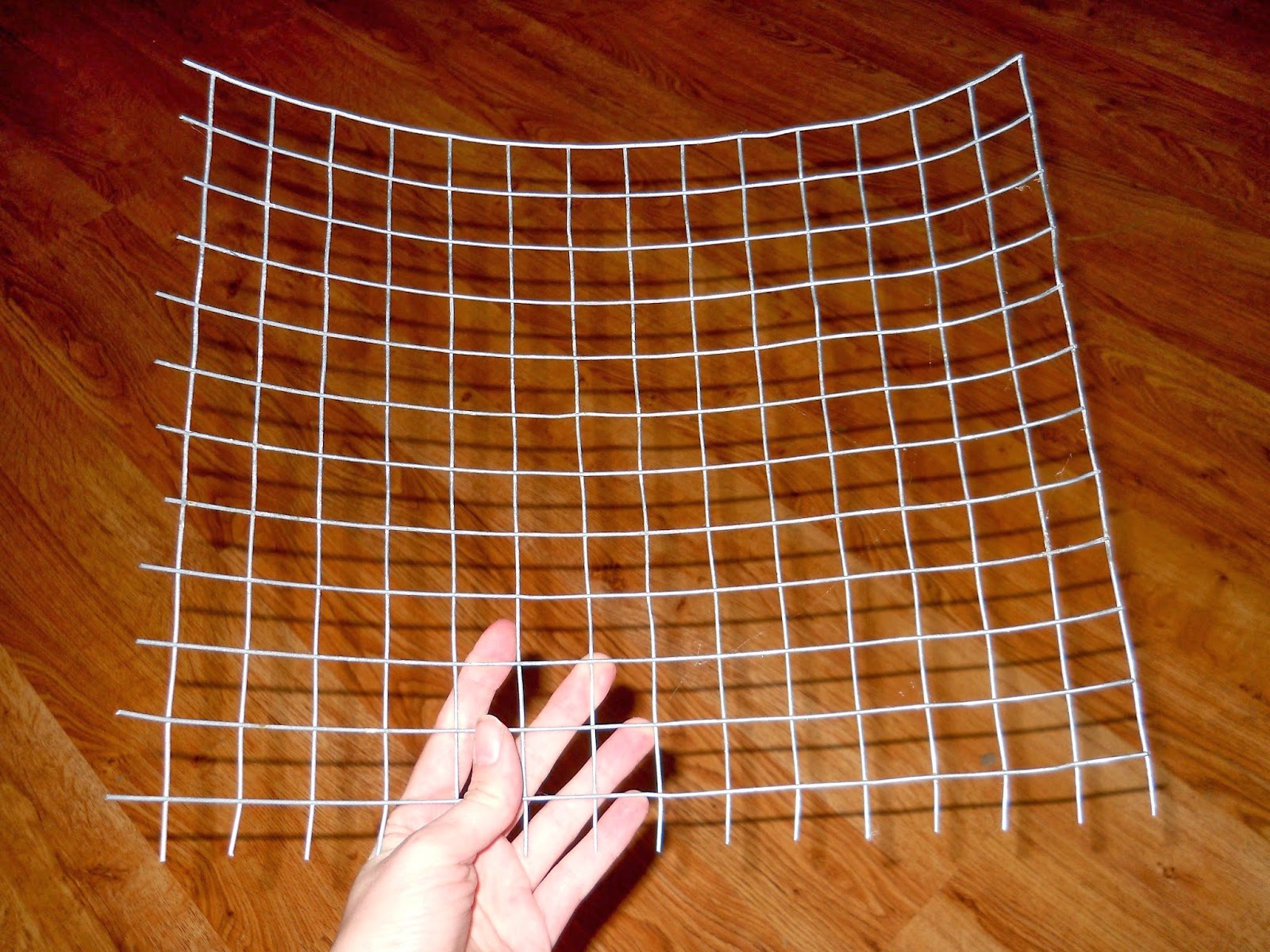 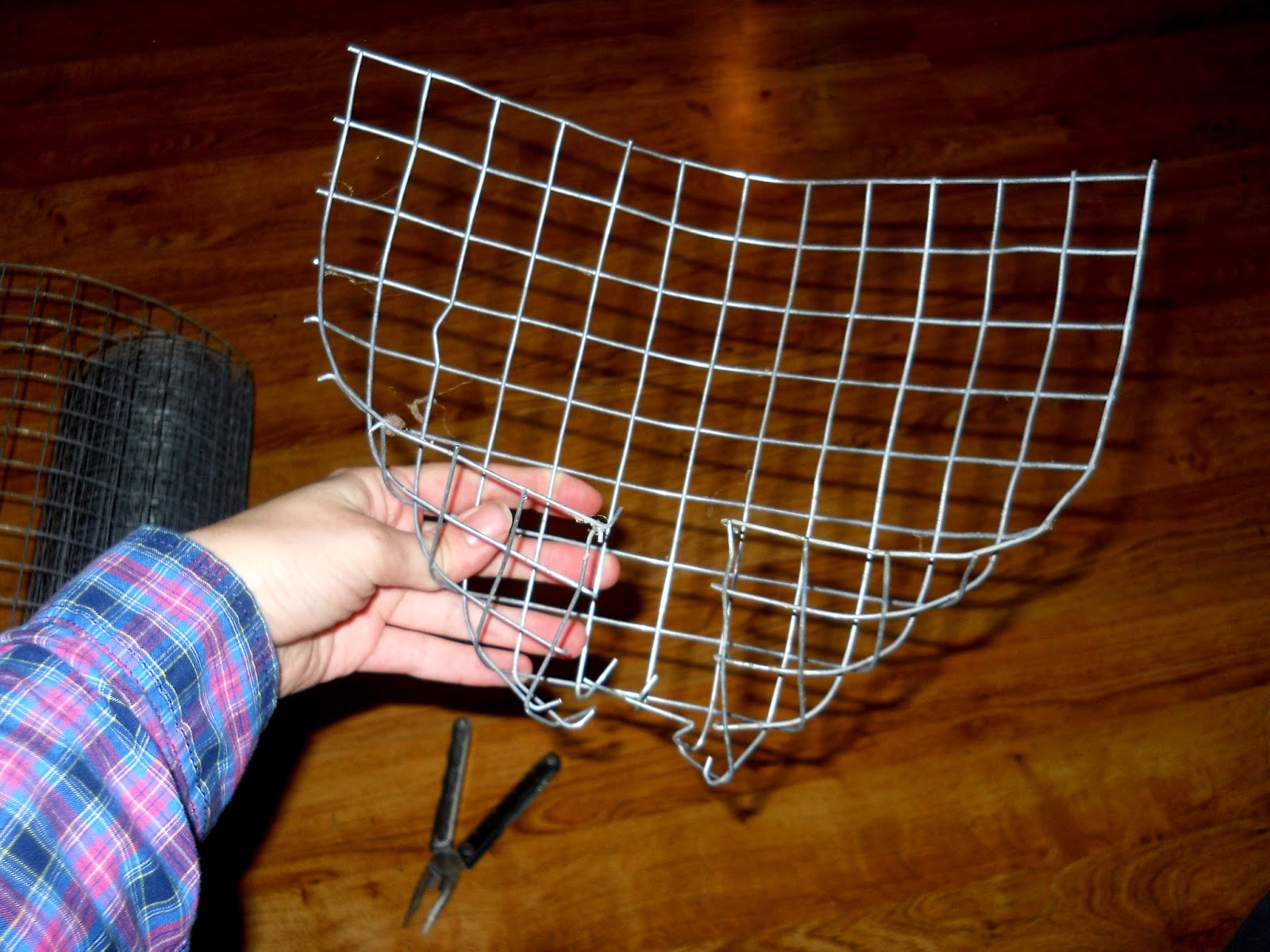 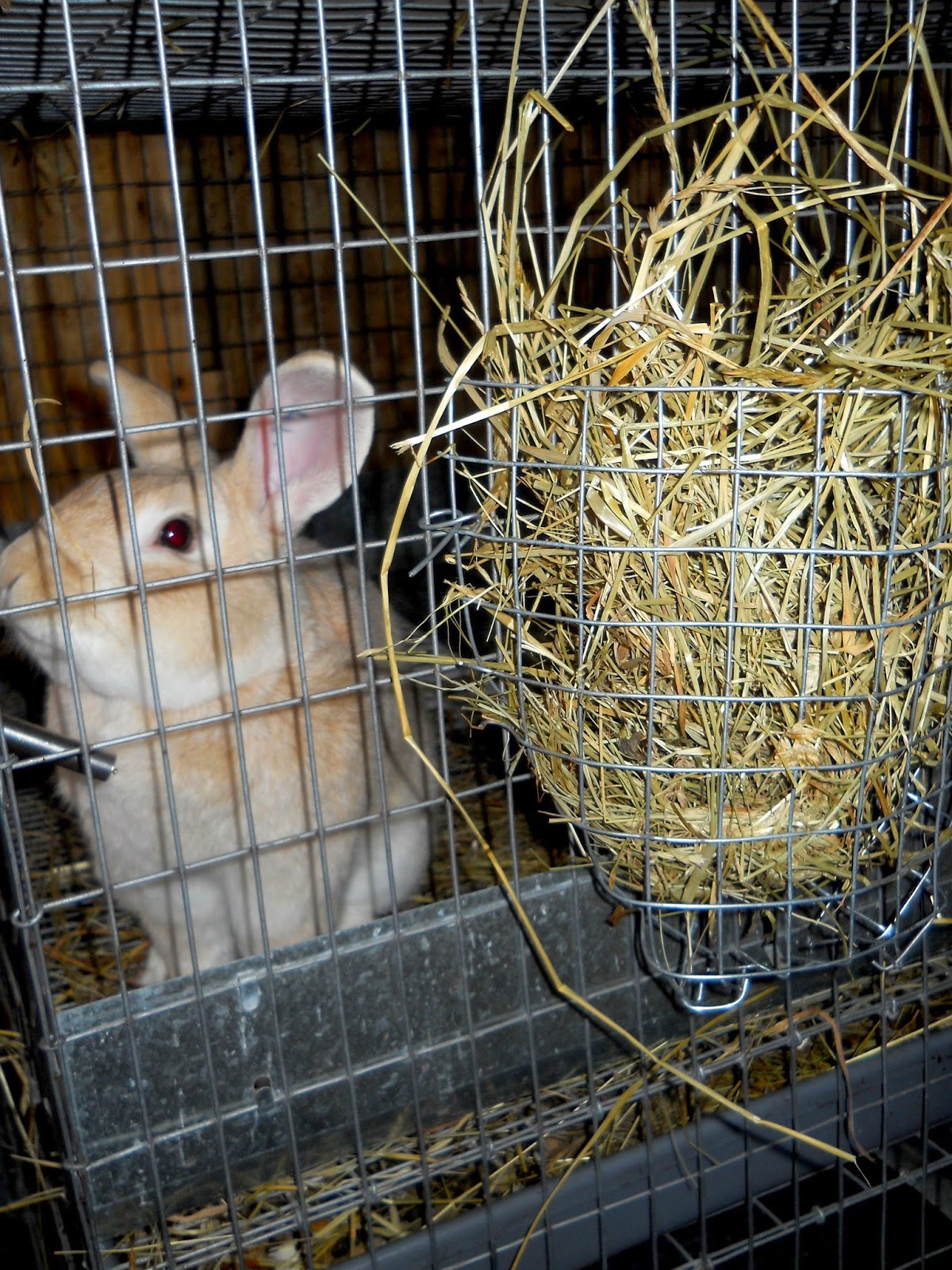 At least for now…

They love their hay. I just hope I can keep it fresh for them long enough. The shed isn't proving to be as rain-proof as I was hoping, but then the wind tends to blow from every direction, up here on the ridgetop.

I've also been very gradually introducing them to some wild greens. There are several things popping out now, and so far they have tried honeysuckle, violets, chickweed, toothwort, dock, and blackberry. They all have their preferences, of course.

They also really seem to like the Sherwood Forest pellets. I’m feeding the concentrated formula that is meant to complement hay. This way, you only have to feed them half the amount you would for a regular pellet. I’m still adjusting their intake, but so far they seem to be eating anywhere from a ¼ cup – ½ cup per day. We’ll see how fast I use it up before I decide it’s worth the expense. Wild forages will also help reduce pellet intake. As the rabbitry grows, I can’t imagine feeding this to large numbers of rabbits and it being financially feasible. We shall see.

The little buck, Colbert, is a very endearing little rabbit. He loves attention, and is very inquisitive. I hope he grows up to be a really nice example of the breed, because I’d love to keep him around for a long time.
So now we’re looking forward to warmer weather, and we can hopefully get our garden tilled! Spring is upon us!