Somehow, all of this exhaustion hasn’t dampened my determination for our rabbit raising venture.
IT IS GOING TO HAPPEN, IF IT KILLS ME!

But I refuse to put it off any longer.

We were able to obtain some re-purposed 2x4’s, and tomorrow my dad is coming over to help us get started on the shed. I think if we at least get the frame built, we’ll have a good idea of how much plywood to buy. Dad also has some metal roofing we can use for it. Once we get started on it, I will feel SO MUCH better.

I’m still planning on Crème d’argents if possible, but I’m willing to go with just about any heritage breed at this point: Silver Fox, Beveren, American, Blanc de Hotot, Champagne d’argent….  As long as they are from quality genetics and good meat rabbits, I care not. I imagine they all taste about the same.
I received my heirloom seeds in the mail a few weeks ago. Some of them really needed to be started indoors by now, but I’m doing good to keep our houseplants alive (heck, I’m doing well to keep myself fed and clothed – and sometimes bathed).

Our garden went wild last summer. The weeds took over (knotweed mostly). It’s going to be a battle with all the weed seedlings yet again this year. This time we are going to borrow dad’s motor tiller, instead of trying to till it by hand. 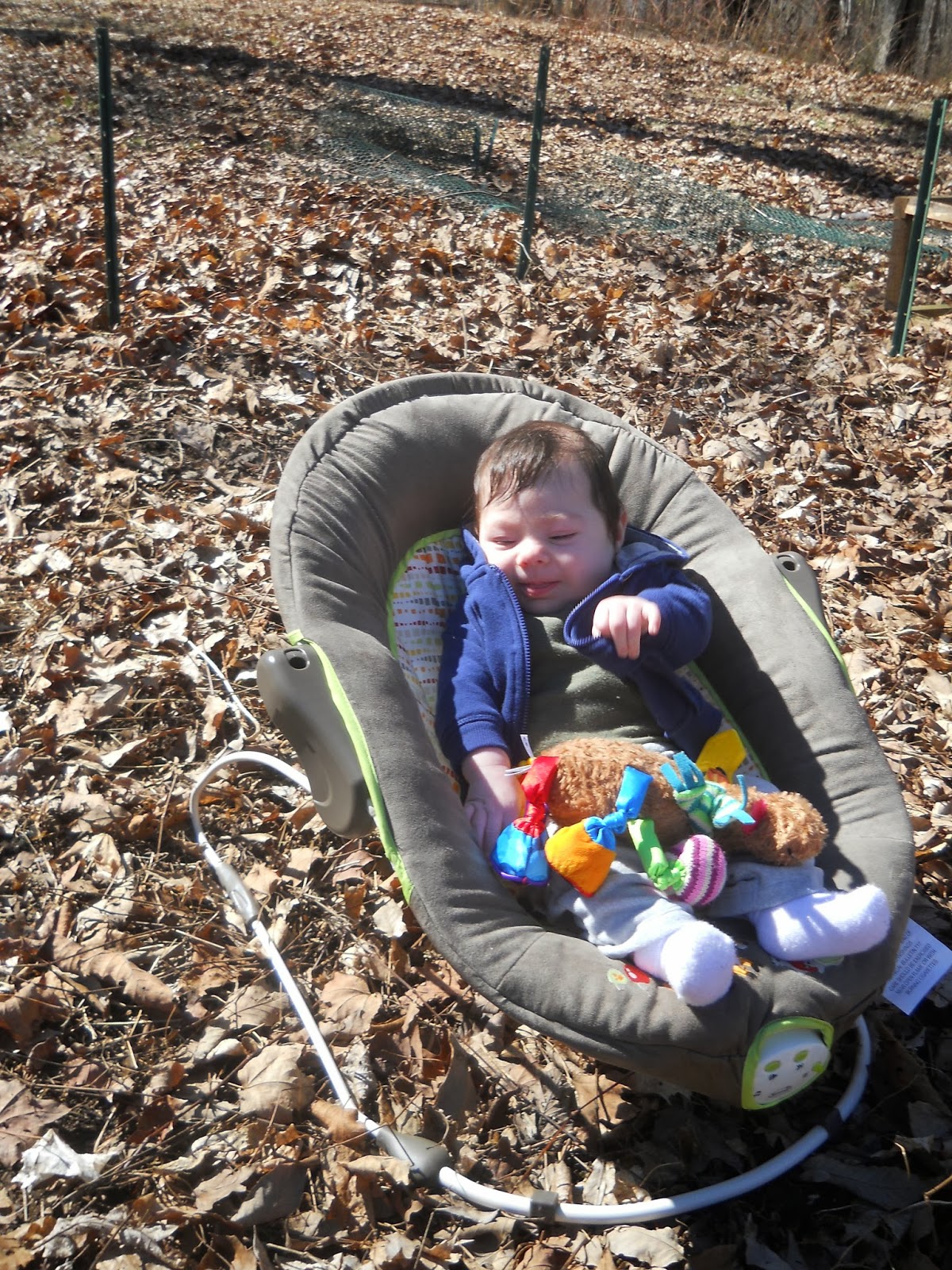 Not sure when we’ll be receiving the ducklings, but I requested the earliest possible date (sometime next month) if possible.

Ian already shows a remarkable interest in animals. He shows no fear when our giant German Shepherd, Tala sticks her giant nose in his face and licks him. He likes to watch the chickens scratch around, and the dogs romp and play in the yard.

His absolute favorite thing though, is the aquarium in the big room. It contains two goldfish and a Red-eared Slider we inherited. He can sit and watch them swim around FOREVER. Often, when he’s really fussy and refuses to eat or sleep, the sight and sound of the aquarium always seems to relax and fascinate him. A future in fisheries, perhaps? We shall see… 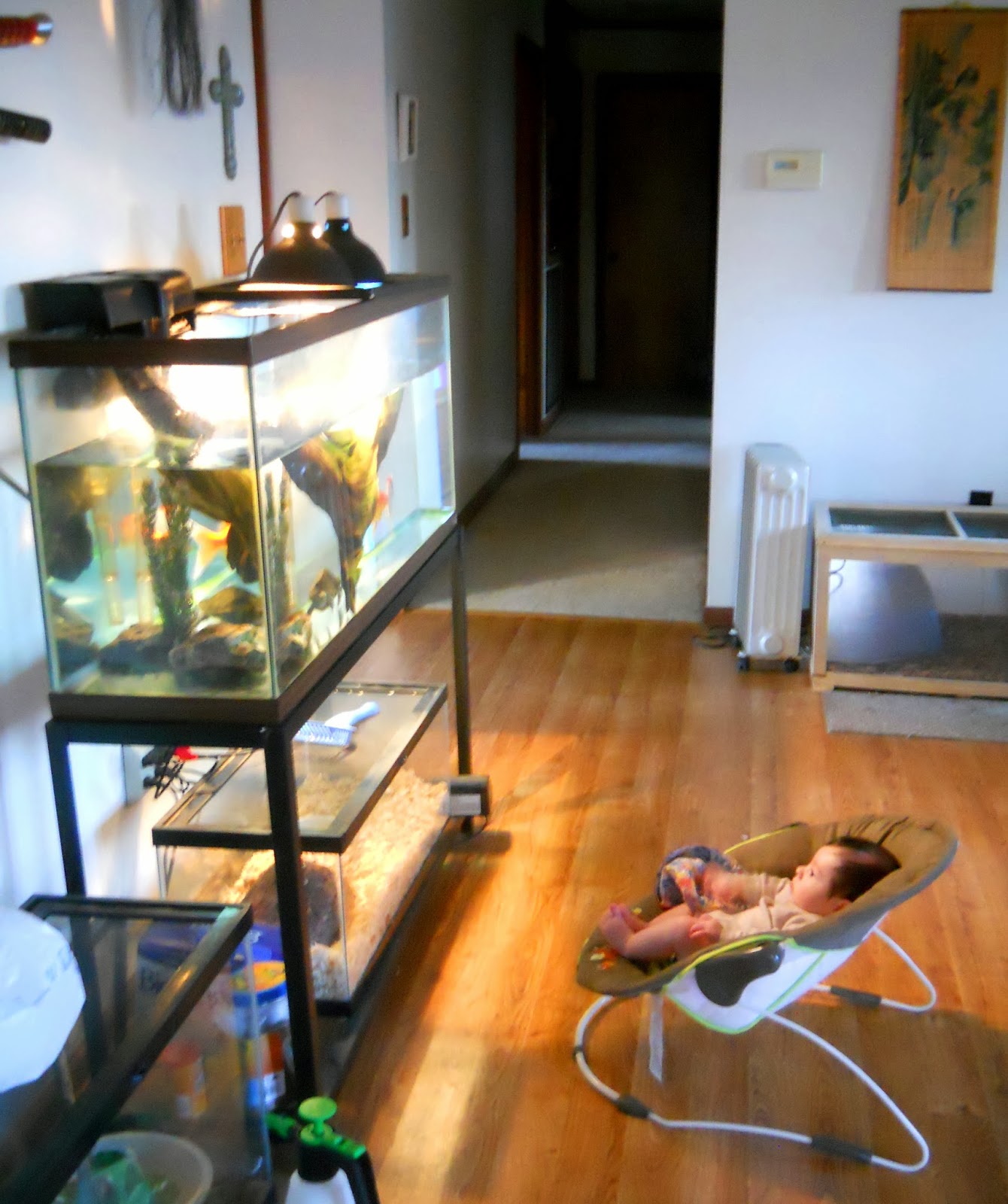 His amber teething necklace arrived a couple of days ago. He's been wearing it 24/7 and I can tell a difference. He seems to be napping a little better during the day, and we've had some better nights too. 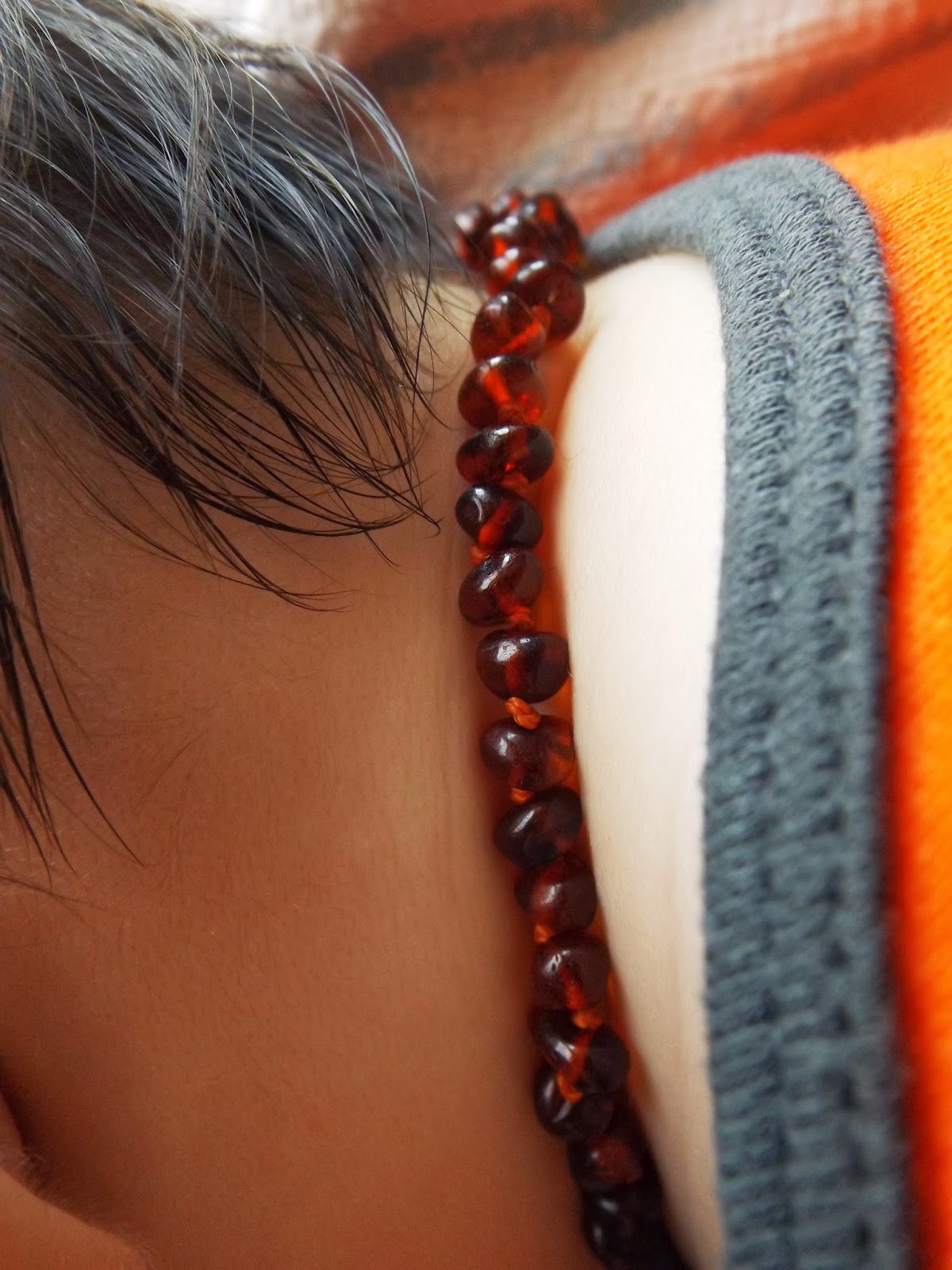 He's still pretty restless and uncomfortable much of the time, especially when he's tired. In desperation I finally gave him the Hyland's teething tablets. I still can't tell a marked difference. He's not really coordinated enough to hold a teething ring in his mouth, and doesn't seem to like to bite anything cold. My last option is Orajel or Tylenol, but I really want to avoid those things if at all possible. We'll just have to endure it as best we can. It is just a phase, and he won't remember it after it's all said and done.

The days have been very mild around here, in the 60’s during the day. It’s been nice to be able to take him outside. I should be getting a baby carrier from my sister-in-law soon. I’m eager to get out and do some real walking. I was a little dismayed to find I had re-gained some of my pregnancy weight. Really though, it’s not the weight that bothers me so much as being out of shape. That’s alright. We’ll get there.

Mom’s here to help with Ian today, so hopefully I’ll get a chance to catch up on sleep. That’s going be difficult on such a mild, sunny day.