Trying days (and nights) around here.

This teething thing has been pretty miserable, for Ian and for us. He’s restless and uncomfortable much of the time, and fussing and wailing the rest. He isn’t eating or sleeping well, which is leaving me stressed and exhausted. He woke up at least 5 times crying last night. I don’t think he woke up that much as a newborn.

I’m really reluctant to give him any sort of medication, even something herbal, since he’s still so young. But it may come to that. I did order him an amber teething necklace, however. I’m eager to see if that helps him. A lot of people swear by them.

I try not to get too frustrated with our circumstances, even though his peers are all sleeping through the night. He’s not doing it because he’s bad or spoiled, he’s waking up because he needs me. I suspect he isn’t feeding enough during the day, since his gums are hurting. So we’ll keep trudging onward. Somehow we’ll get through.

It can be hard to see past our current difficult circumstances, but I’m reminded of other trials I have overcome throughout the past year….

…. I think back to those first few weeks of pregnancy, when I was struck with morning sickness. Curled up on the couch fighting nausea I often wondered in desperation how I was ever going to survive it. But somehow, the days passed and the feeling faded.

In the third trimester I was dealing with severe reflux and aches and pains. Lugging around that extra 50 pounds I watched the weeks crawl by, wondering how I would ever get through it. But somehow, the days passed, and before I knew it, it was November 7th and time for him to be born.

Labor, of course, was yet another trial. When the contractions hit me, one on top of the other, and my body felt like it was going to split apart and explode in every direction, I prayed for strength, asking how on Earth I was going to survive. But somehow, those intense 10 ½ hours passed, and here was this little baby in my arms.

That first week I was a bag of raw nerves, trying desperately to get this tiny baby to latch on. It was so upsetting, not being able to feed my own child. How were we going to get through this?! But, of course, the weeks passed. He figured it out, and now he is 3 ½ months old and growing like a weed.

It’s not like I didn’t think it would be difficult. It’s just something you have to experience to truly appreciate. It may sound like complaining to a lot of people. But it’s more like venting, really. Because *NEWSFLASH * being a parent is hard!

Yet I look at how far we’ve come – how much we’ve OVERCOME. How God has never left our side. I’ve reached my breaking point time and time again. But guess what – I’m not broken. I’m not dead. And I’m not ready to give up. Parenting pushes you to the limits, and helps you realize a newfound strength.

I also realize we have many more trials to face in our future. But the lesson God teaches us over and over again is to trust Him, and we will overcome. It’s a difficult one to learn, especially as an adult. We always feel the need to do everything on our own. “I HAVE TO BE STRONG!” But our own strength only gets us so far. It fails. God doesn’t.

So here I sit, sleeping baby draped across me. Practically the only way he will sleep these days (and nights). I am BEYOND TIRED at this point. There is SO MUCH I want (and need) to do. But these days too, shall pass. Before I know it he will be running around and exploring his world tirelessly. I’m sure, in fact, that I will look back on these difficult days with fondness. Miss them even. So I’m going to try my best to be thankful. And keep trucking on…… 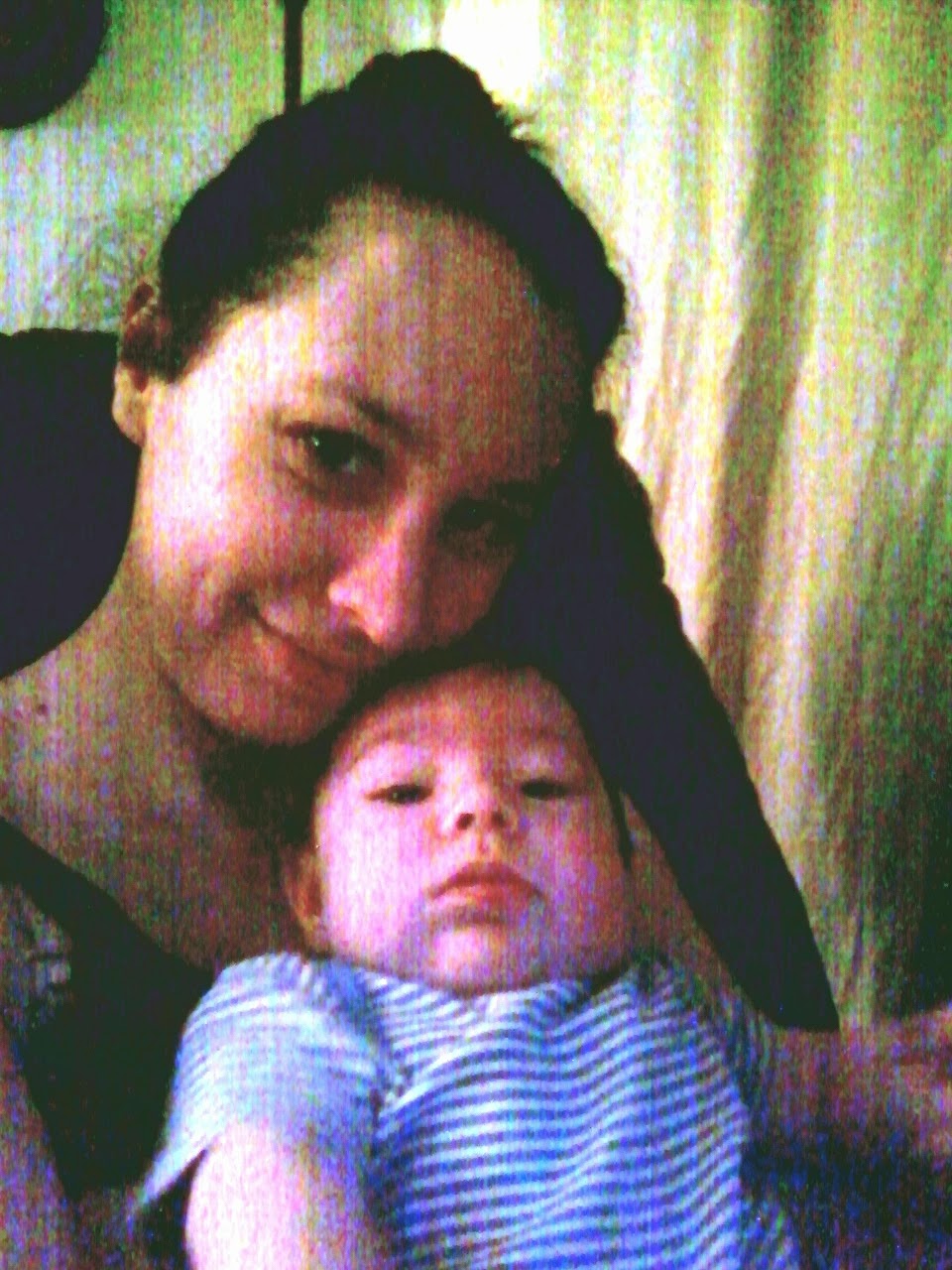