Less chickens in the yard..... more time spent in the kitchen (these things are not directly related)

It was a lot of fun having a flock of 18 chickens running around, but I wasn't destined to keep them all.

So I selected 5 to keep, and hauled the rest to my parents' farm.

They've spent the entire day hanging around the porch. I suppose they're kind of confused with the rest of the flock gone. 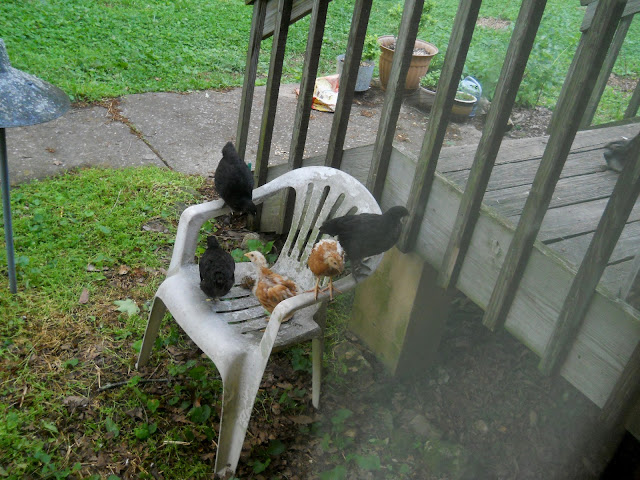 So now we're working on names for them. Loosely they are Big Bertha, Louise, Chicken Butt, Nameless and Esmeralda, respectively. I'm sure most of those will change in time.


The bird-watching has really picked up in the park, the last few weeks.   It's so pleasant to hear the Tanagers, Wood Thrushes, Hooded Warblers and Vireos singing around the house once again. One of the most awaited arrivals is the Cerulean Warbler, a threatened species that breeds extensively throughout the park. Bird-watching enthusiasts travel hundreds of miles to try and catch a glimpse of this beautiful and elusive bird, that stays high in the treetops. Many of them would turn green with envy if they knew I sometimes see them from my kitchen window as I do the dishes. :) 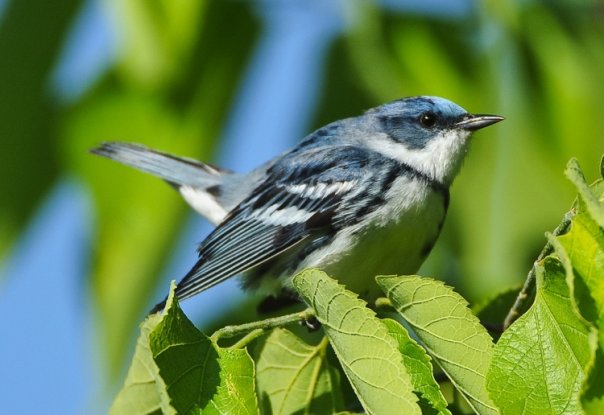 I've been experimenting at making more foods from scratch and cooking more nourishing foods. This past week I have:
Here's what I've learned:
Overall I've learned these things aren't (that) difficult to do, and really, they're quite fun! I've always enjoyed food preparation to some extent, and been interested in making more things traditionally and from scratch. So I'm making the most of my time at home before work starts to pickup in the summer.

I'm also planning to make either pancakes or waffles in the morning, after soaking the flour overnight, which is supposed to make it more digestible.

I've not been investigating these things just because they're interesting to me, or I find them so enjoyable. In the last 10 years I've suffered from various ailments that have greatly affected my quality of life as a young woman. Joint and muscle pain (diagnosed as Fibromyalgia back in '07), PCOS and endometriosis have caused me great discomfort at times. I've been fraught with fatigue, pain, mood swings and depression........Western medicine offers nothing for these mysterious conditions except medications or "just live with it."

So I sought out and found an incredible local doctor who practices Eastern medicine, and have gotten great results. I'm still not 100% though, so I've been gradually improving my diet. I thought I was doing pretty good until I got ahold of Nourishing Traditions, then I realized I could take it even further.

Further motivation was the loss of a long-awaited pregnancy at the beginning of this year. I'm not sure whether the miscarriage had anything to do with my physical condition (overall I'm a pretty healthy gal), but I know any improvements in nutrition can only help my future chances.


Wow, this entry got kind of deep! It's been a low-energy, low-key kind of day, and I've been mulling over lots of things.

And so evening is falling (my favorite time of day). Trees shrug in the breeze, the birds are singing their last songs, and far away the sun sparkles on the lake. The end of another day at our Cabin in the Woods. 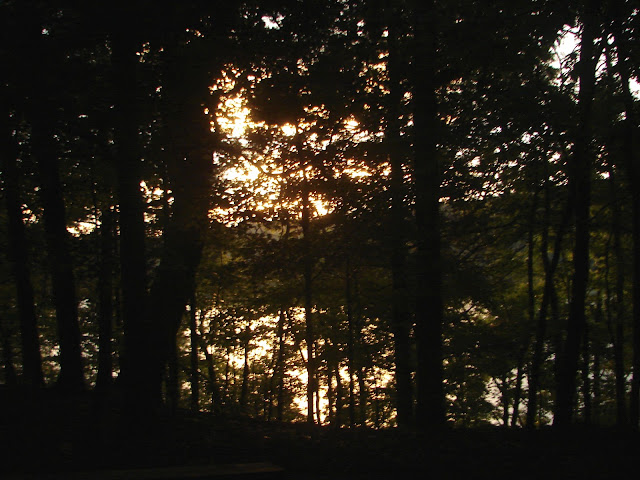