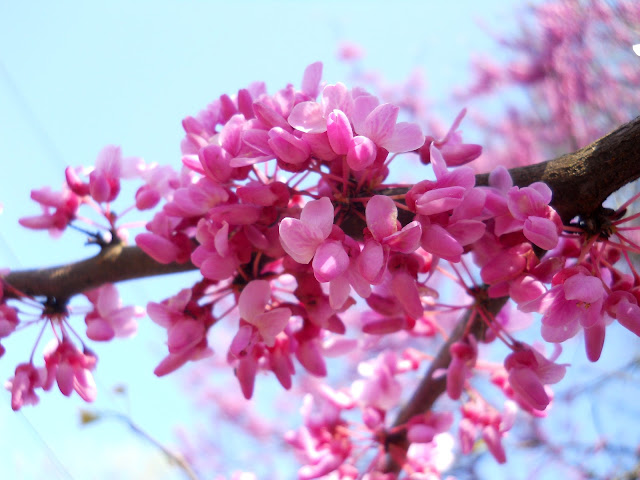 The redbuds are in full swing in the park. It's the most refreshing color after nothing but shades of brown for months. I learned the flowers are edible, supposedly good tossed into oatmeal or pancake batter. High in protein and vitamin C. Not much flavor, though.

In fact we are virtually surrounded by an edible garden. The other day a boiled up a pot of chicken broth and tossed in some chopped dandelion root. This much despised "weed" is actually one of the healthiest things you could ever eat.

Speaking of gardens the chicks have been enjoying the fresh air and sunshine among the sprouting veggies. 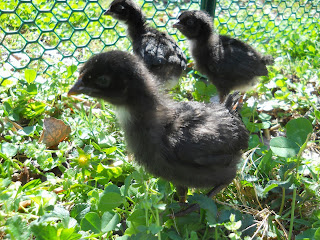 We are raising 19 total - a mixture of black & gold sex-links and welsummers. We won't be keeping ALL of these, of course. Probably 5. The rest are going to my parents and my brother's family. Our own pastured eggs! I'm excited.

On a slightly random note, I want one of these: 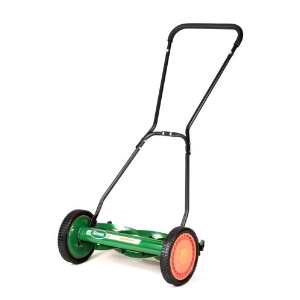 We don't own a lawn mower because we don't mow our yard - maintenence does that. Nice, I suppose, but we have certain areas we want to leave natural, and they always seem to hack away at them. Nothing personal, they just get a little mow-happy. If we get one with the catch basket (or whatever it's called) I can actually dump the clippings in the compost or dry them for hay (when we have rabbits). And it would be a nice workout. One which, I'm sure, Mark will appreciate. Not to say he'll be the only one using it, of course....

Another adventure we'll (hopefully) be emarking on this week is tapping into a source of raw milk! I'm excited. I've always liked the idea of having milk goats, but have just never been ready for that "marriage." This is a case where animal "husbandry" is aptly named. 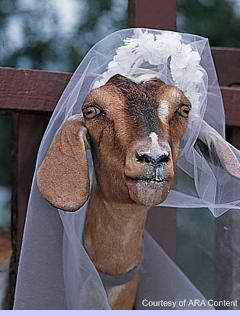 We would literally have no life, outside of the milking barn. So we'll be doing the next best thing, purchasing a share and letting somebody else do the work. Sweet.